A Look Ahead Towards What's Next for Pokémon in 2021 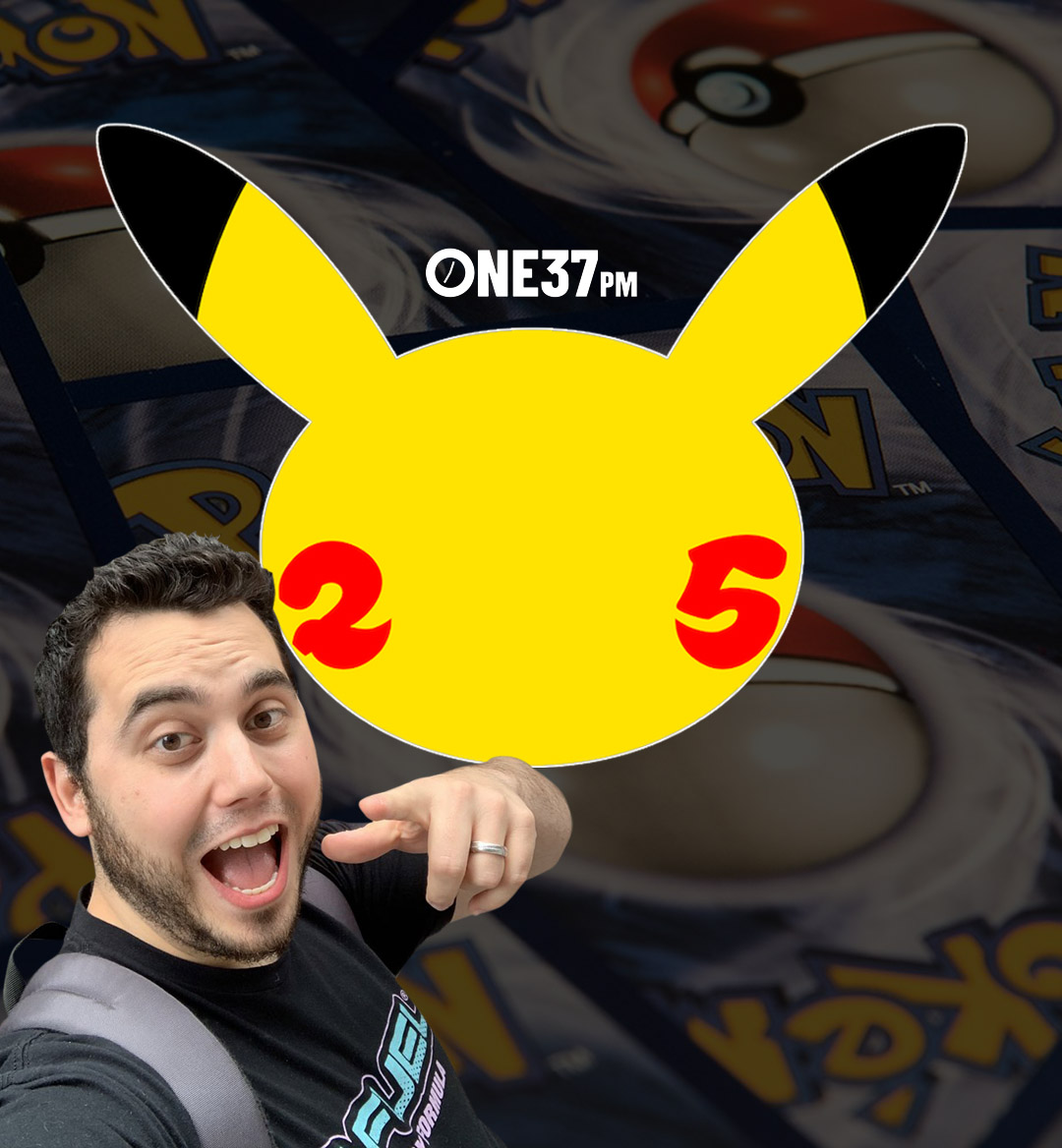 I recently had a chance to sit down with Dan "aDrive" Clap, one of the leading creators of Pokémon content on YouTube and Twitch, to get his insight as to what we can expect to see in 2021. Rather than do a typical Q&A, I figured I would just let Dan tell us in his own words why he thinks the Pokémon hysteria has only just begun. 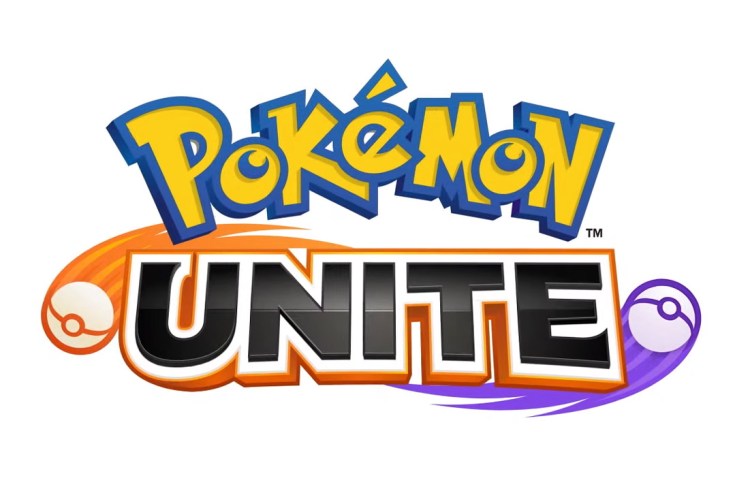 The most recent main series video game came out last year around this time, Pokémon Sword & Shield. They decided not to release a new game for 2020 for the main series but rather to release two DLCs, the Isle of Armor and the Crown Tundra.

A lot of people are speculating for next year, and the game is going to be a Diamond and Pearl remake or some sort of remaster of the Sinnoh Region, which is the generation 4 of Pokémon. That also happens to line up perfectly with the Diamond and Pearl 15th Anniversary, and of course, next year is the 25th Anniversary of the Pokémon franchise. So, it makes so much sense that they are gonna come out with a main series game.

In terms of other things outside of the main series, we know that there will be a big marketing push for the 25th Anniversary. They already have a logo for it. Some cards were accidentally misprinted, so we saw the logo a few months ago. Now we have an official logo reveal of the 25th anniversary, and going back to the 20th anniversary, they had a big marketing push for that. Mythical Pokémon reveals every month; they do all sorts of crazy things for it. To me, the 25th anniversary is bigger than the 20th, not just from a numerical standpoint. In terms of hitting a milestone, a quarter of a century is really big for a company.

From the spinoff side of things, there is a game being developed by Tencent called Pokémon Unite. We know that it’s in beta in China, and we anticipate that to come out sometime early next year. That’s a MOBA (Multiplayer online battle arena), similar to League of Legends. That could be really big. There was a lot of negativity about that reveal because I think people were expecting something else. Regardless, it’s run by one of the biggest conglomerates in terms of video game content. Tencent is just massive in China, so there is gonna be money behind this, and with the Pokémon IP, it’s got a really good shot to be big.

There’s going to be a Pokémon Snap 2 called “New Pokemon Snap.” It looks amazing. The graphics are nuts. I think that could be a huge home run. I anticipate that release by the second quarter of next year. There is no release date, and we are just speculating right now. That game will be for Nintendo Switch. 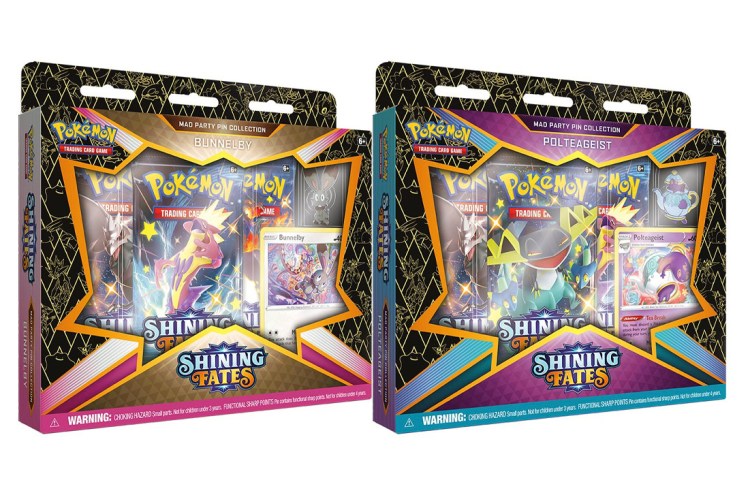 We’re starting to see a lot of promotional items coming out. The big one is Shining Fates, the next trading card set. The trading cards are on a massive uphill climb in terms of value. You can’t even buy retail right now because so many people are trying to scoop them up and resell them. The cards are skyrocketing in value. This is a very much so supply and demand-driven market. As the supply dwindles, the demand grows exponentially as celebrities and influencers continue to open these packs.

People are really into watching pack and box openings from a live perspective on twitch and youtube live and from a post-video perspective. There are channels that are blowing up right now on YouTube, and people just want to see these crazy pulls. They want to see the reaction. They want to see the excitement. There is always that mystery of “what are you gonna get? Is it going to be something super rare?” You just never know.

There is also a new set called Shiny Star V. It’s a Japanese set and can feature what is called a “god pack.” There is approximately a 1-600 chance that the pack you will open will have all holographic cards. It’s a real thing. It’s not a rumor. People are going nuts over it. I recently pulled one of these packs on video!

They just announced that this set is going to be made in English, but it won’t have the “god packs.” They are going to be very sought after. I don’t think you will even be able to find them at retail stores unless you get lucky at a Walmart. They will be reselling for double or triple the price pretty much immediately because people are gonna get to them quickly, and they know they can flip them. That’s just the reality.

Furthermore, what really makes me believe that 2021 is going to be a huge year is that there is another set they announced is coming out in the fall that we don’t have a lot of information about, outside of the fact that it’s going to be kind of a remaster of one of the original sets. They did that a couple of years ago with Pokémon X & Y Revolutions. It’s the remake of the original base set, so you see people pulling Charizards. I pulled one the other day, and they are worth a couple of grand. It’s the same artwork as the original Charizard, but it was remade, so it’s not worth as much. People who can’t afford the $400,000 for the base set, open these sets. 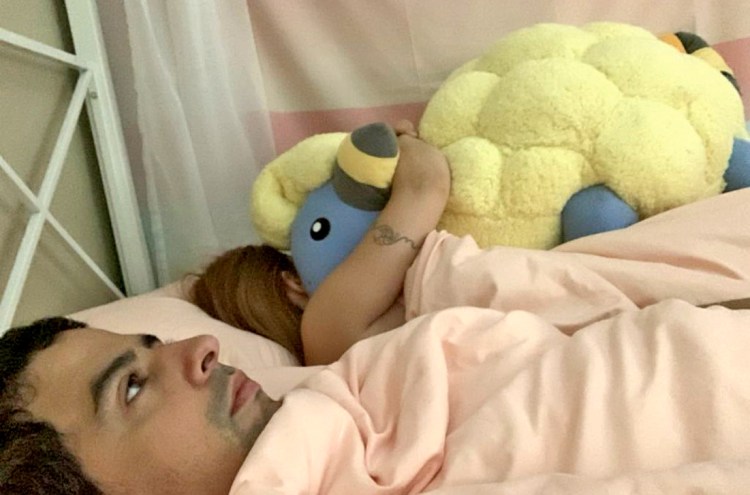 I know of a couple of existing partnerships that I think Pokémon is building off of. I have a giant Pikachu Funko Pop, so I’m assuming they will continue their Funko stuff. They just announced a deal with Swarovski, the crystal company, and they are coming out with some crystal Pokeballs. They look incredible.

It also seems as though the Pokémon marketing team is crossing over into a sort of internet culture type of merchandise, and it sells out instantly. They made a Metapod sleeping bag, and you couldn’t even get it. It sold out immediately. They have life-size Mareep plushies. The sheep. $500 for a thing that takes up half your room. I think they are focusing on things like that because they have viral appeal. Maybe they won’t sell 100,000 units. They might only sell 5,000 units, but the viral appeal is through the roof. They have been doing a lot of that recently. Giant plushies. They made these Lapras pool floaties.  They are covering all sorts of markets from a merchandising perspective.

The Pokémon franchise is unique in the sense that they use the main series games as a catalyst to be able to do the merchandising. Everything follows that, so they almost need to have a new game every year to allow them to have that pipeline. The phenomenon is back. Not just the vintage, either. People are going crazy over the vintage stuff, but people are gobbling up the new stuff too.

4. What It All Means 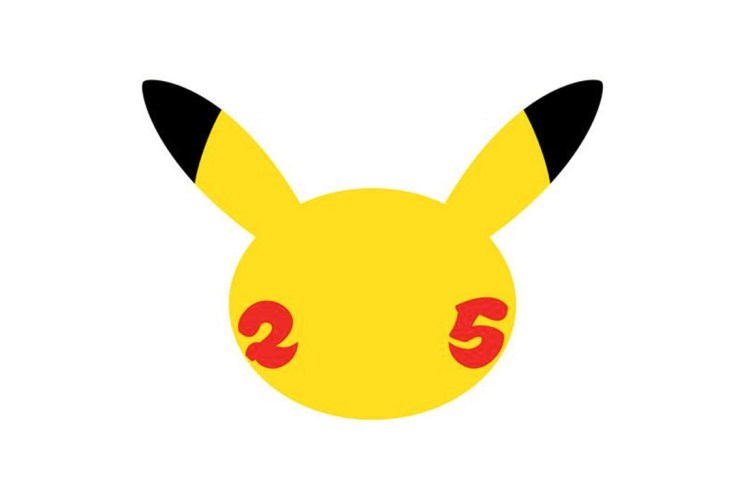 We are entering a time 25 years later where people who played Pokémon as a kid are now in their post-college life. They have jobs and spending power. They might be getting their kids involved as well. I’m teaching my daughter about Squirtle, Bulbasaur, and Charmander, and she is two years old. It’s becoming a part of my family, and that’s so important. This is why I think when you look at all the puzzle pieces, and it starts to come together, there's a big boom coming. It’s already started. I personally think deep down that it’s just going to be miles beyond where it is right now, especially with the vintage cards. The more people who buy and open them, the less that exists. That’s going to drive the price up as the demand continues to stay the same or grow. There is just so much buzz around it right now.

When you look at all those factors, people having an expendable income while hitting the nostalgia bug, which is a powerful marketing tool, there are so many pieces coming together in a perfect whirlwind for next year. I think it’s going to be incredible to watch, and I’m excited to be a part of it.