Quavo’s Net Worth: How Much has the Rapper Banked? 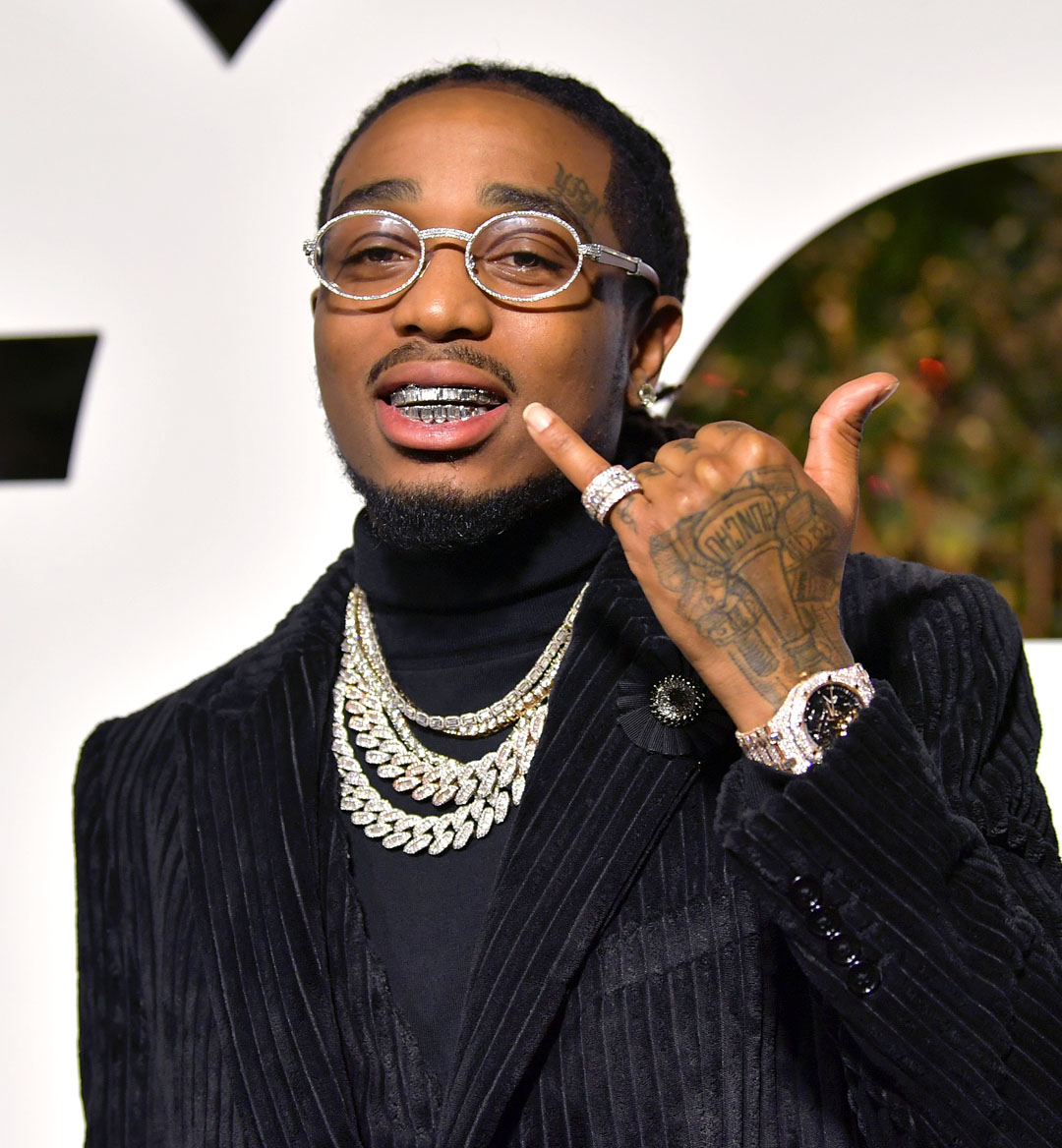 The New Atlanta was the name given to the rise of new artists coming out of the city in 2013. Young Thug, Rich Homie Quan and Migos were some of the biggest of the lot. Migos, of course, consists of Takeoff, Offset and Quavo, the latter of which is widely considered the group’s frontman. Quavo has had his own share of solo success, which has helped contribute to this perception. It has also helped contribute to his net worth of $26 million. 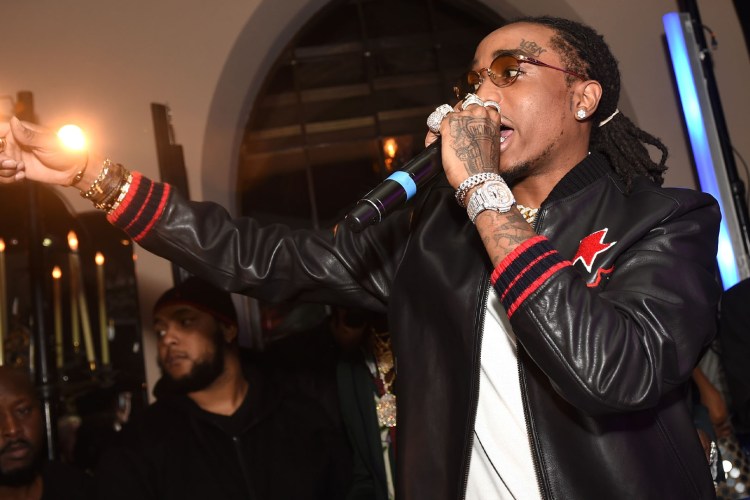 Coming off of mixtape success with standout records that impacted the charts and radio, it was easy for Migos to tour early on. In demand worldwide, Forbes states that the group would gross upwards of $150k per stop. Of course, being a trio, the revenue would have to be split three ways, likely equally, meaning that Quavo still earns tens of thousands of dollars every show.

Other than their own shows like the Yung Rich Nation Tour, Migos have also hit the road with other acts. The biggest tour they’ve been a part of is easily Drake’s Aubrey & The Three Amigos. Across 43 dates, the shows pulled in a whopping $79 million. As a result, on Forbes’ list of Hip-Hop Cash Kings in 2018, Migos sat at number 12 with $24.5 million. During the site’s scoring period, they performed nearly 100 shows at the aforementioned rate of $150k. 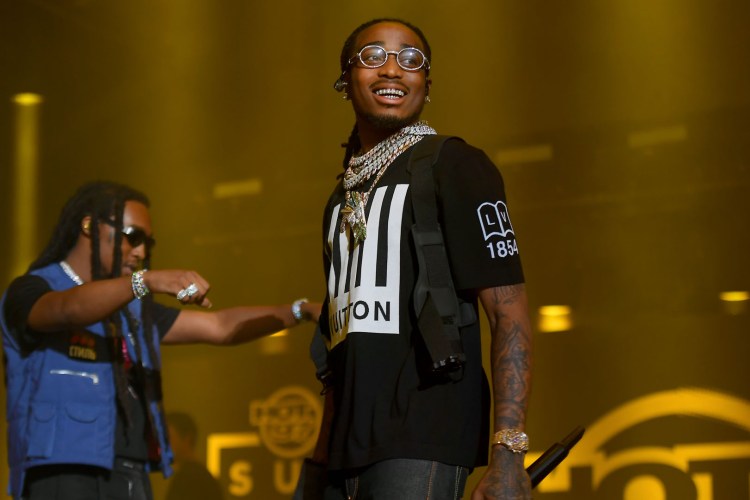 To give you a sense of how big Quavo is independent of Migos, the group has 17.9 million monthly listeners on Spotify and he has 9.3 million on his own. Streaming services pay very little per stream, but Quavo is a part of DJ Khaled’s ‘No Brainer’ which is fast approaching half a billion streams just on Spotify alone.

Though it didn’t quite have the impact that Migos would have liked, the trio’s C U L T U R E II album still reached 1,000,000,000 streams in just 20 days. They hit the mark faster than any group ever, an impressive feat even by today’s standards. 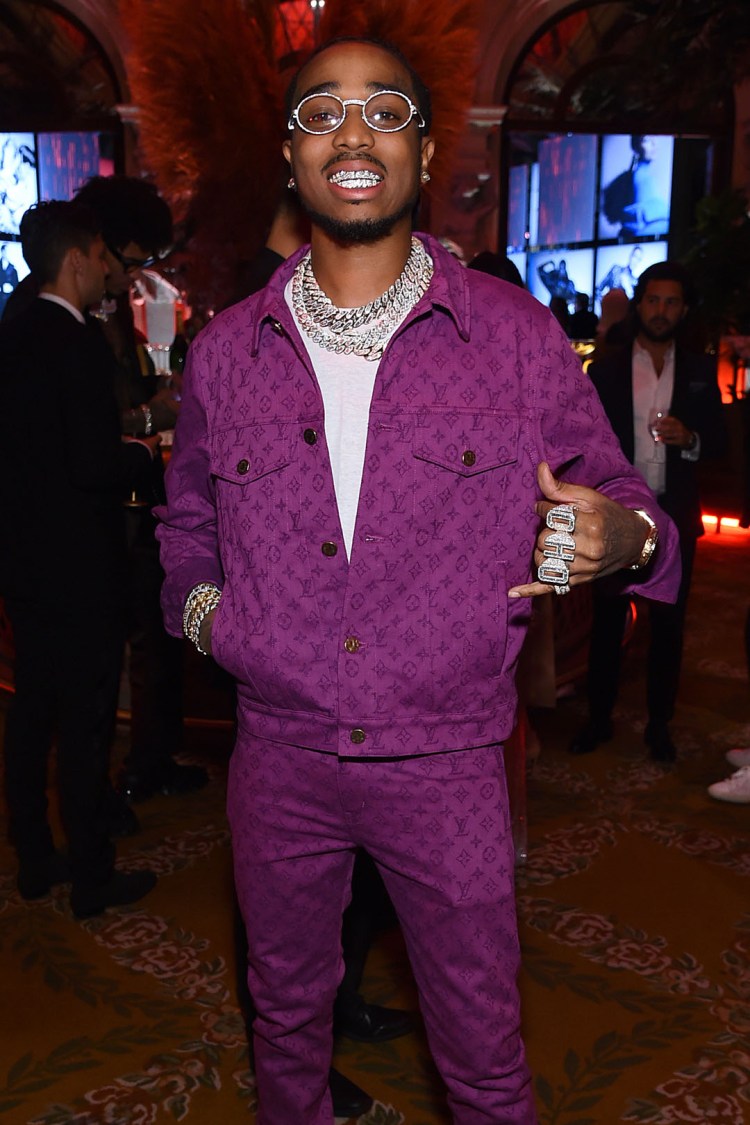 Quavo has been in his fair share of television, most famously appearing in Atlanta’s ‘Go For Broke’ episode along with Takeoff and Offset where many thought he stole the show in his scene. The rapper played himself, or at least an exaggerated version of himself. Members of the cast with recurring roles made tens of thousands per episode with Childish Gambino himself at $75k, so Quavo likely banked tens of thousands of dollars himself for the appearance. 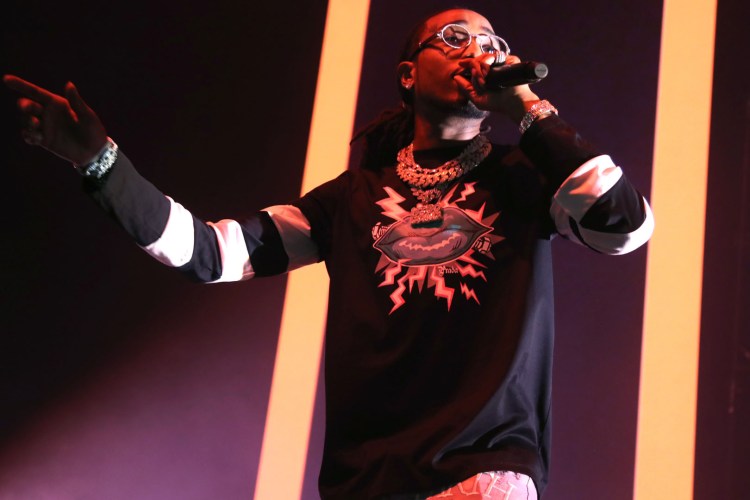 Last year at his star-studded birthday party, Quavo debuted his line of cognac called MARTELL x QUAVO. He is committed to the brand and their partnership and even urged people to stop drinking Hennessy around the time it was announced.

Earlier this year, Quavo announced that he was launching Huncho Records and announced its first three artists: 904 Reebok, PopOutBoyz and Street Bud. A record label is always a great step for a successful artist, not just in terms of other revenue streams but to support young artists too.