‘Shaft’ Style Evolution Over the Years: Then vs. Now 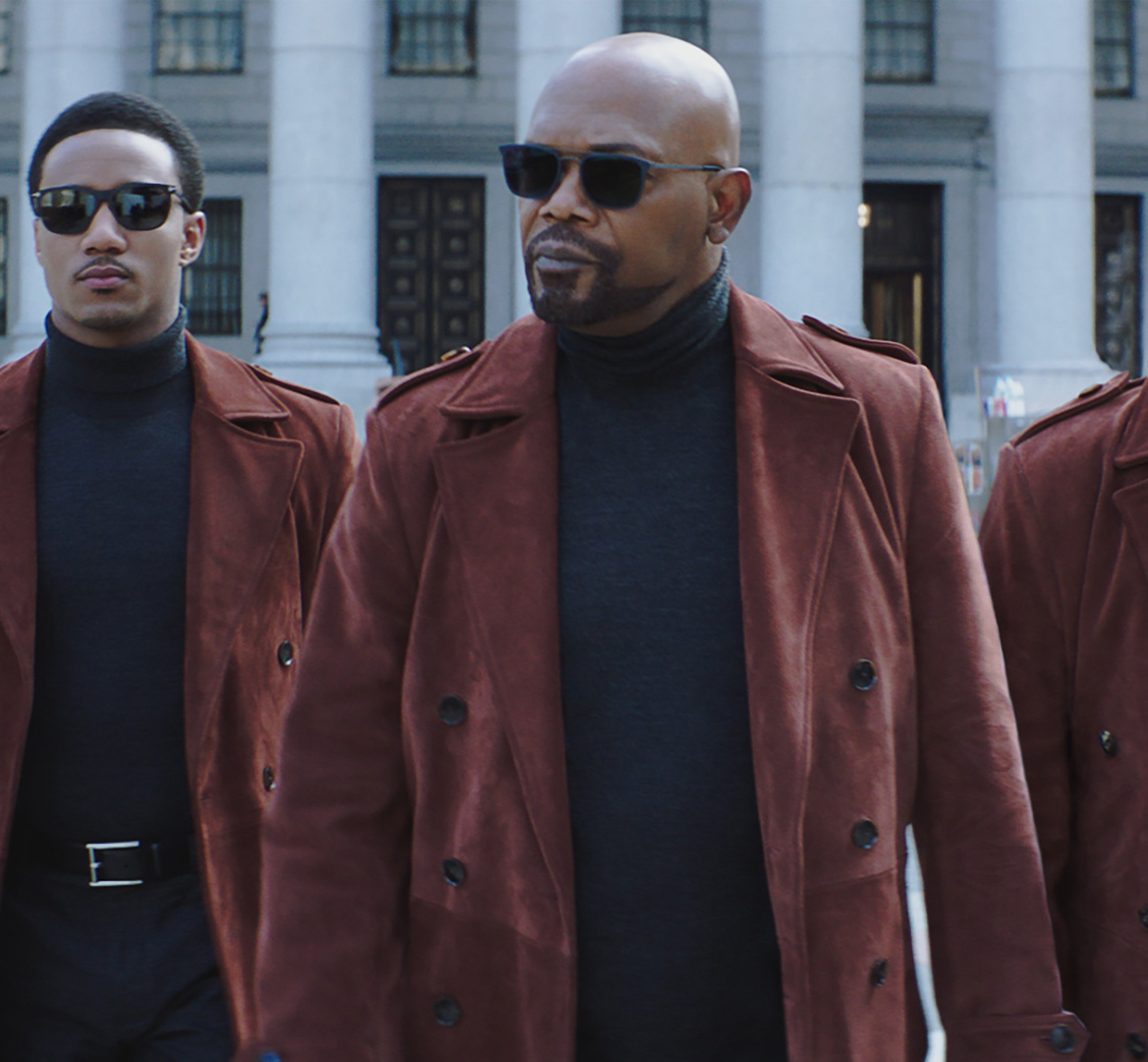 Shaft is still the same “bad mother” he was 50 years ago—this time with a new style that still honors his trademark ensembles.

Much has changed since the first installment of the Shaft movie franchise debuted in 1971. The original, starring Richard Roundtree, became renowned for its novelty as a blaxploitation film, portraying private detective John Shaft as the personification of black masculinity and power. After a few sequels and a short-lived CBS television series, Shaft found fresh energy in the 2000 film with Samuel L. Jackson as Shaft’s nephew, John Shaft II.

The franchise’s upcoming fifth film, opening on June 14, pays homage to its predecessors while modernizing the series’ tone and look. Three generations of Shaft men band together to investigate the death of John Shaft Jr.’s best friend. Departing from the blaxploitation characteristics of the originals, this latest Shaft film straddles the line between crime thriller and comedy. Even the clothing worn by all three Shaft men in the new film is emblematic of the series’ extensive evolution. From Shaft’s signature leather trench coat to his headwear, the newest movie’s stylistic choices indicate both nostalgic significance and modern influences. 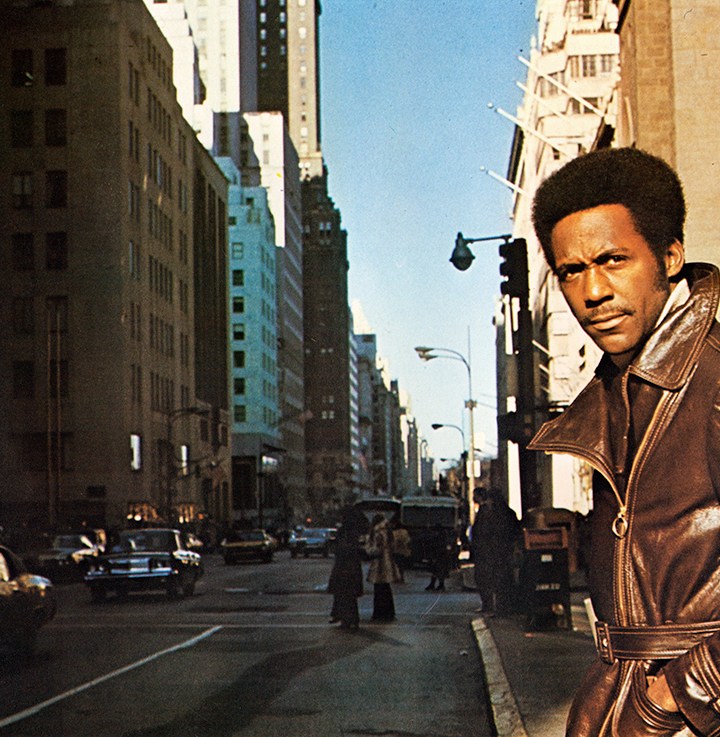 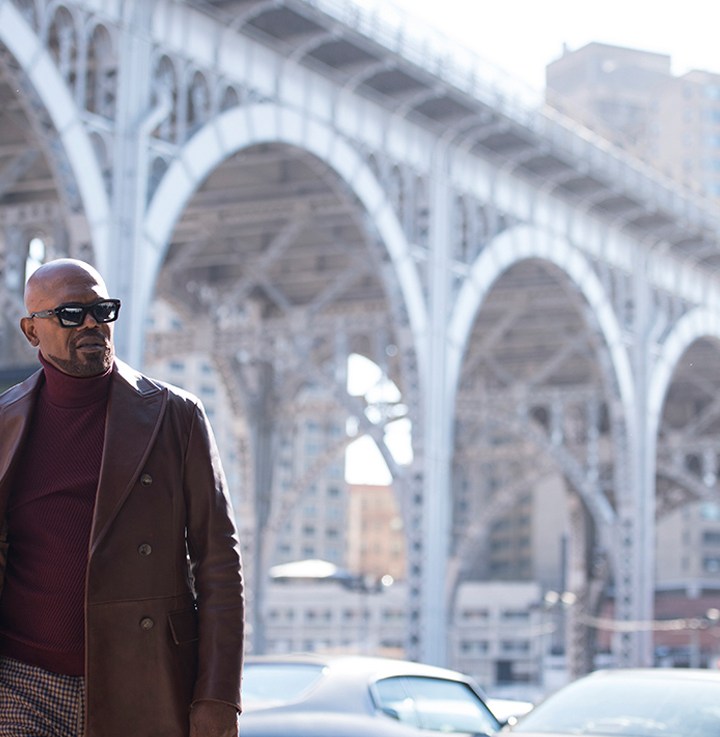 In the original Roundtree films, Shaft’s outerwear sticks to the basics: brown and black leather trench coats or dusters. Even in the 2000 film, Jackson’s character keeps his wardrobe chromatically simple with exclusively dark fabrics. In the new installment, the three Shaft men don matching double-breasted red trench coats that make a definite statement. In another scene, Jackson sports softer, earthier tones of deep purple and brown. Taking risks is part of Shaft’s job—and taking fashion risks has made his character memorable and iconic. 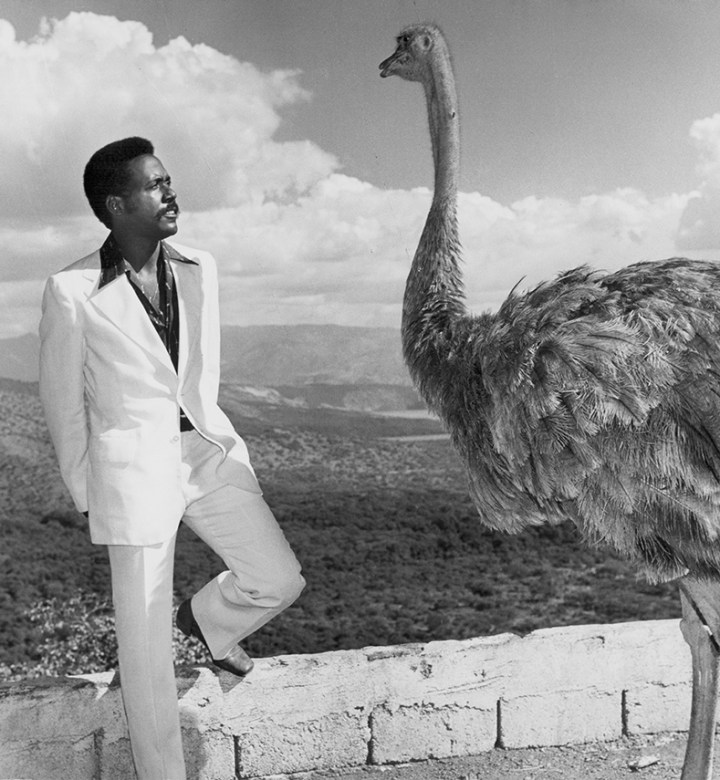 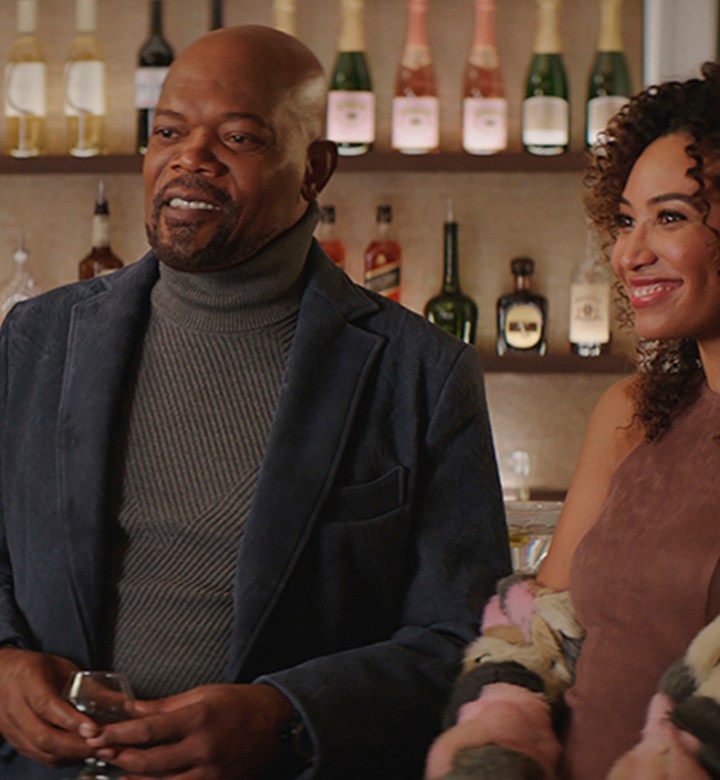 Shaft’s expanded color palette extends to his suit collection in the new film. John Shaft II appears in dusty blue and maroon pieces over neutral turtlenecks. Newcomer John Shaft Jr., played by Jessie Usher, opts for colorful plaid shirts and ties. But the original Shaft also knew how to dress up for a more formal occasion, occasionally abandoning his rugged leather for a clean look. In Shaft in Africa (1973), Roundtree wears a spotless white suit over a disco-style low-cut shirt. The Shaft men’s formalwear adapts with the ever-changing trends, maintaining their status as the coolest private eyes. 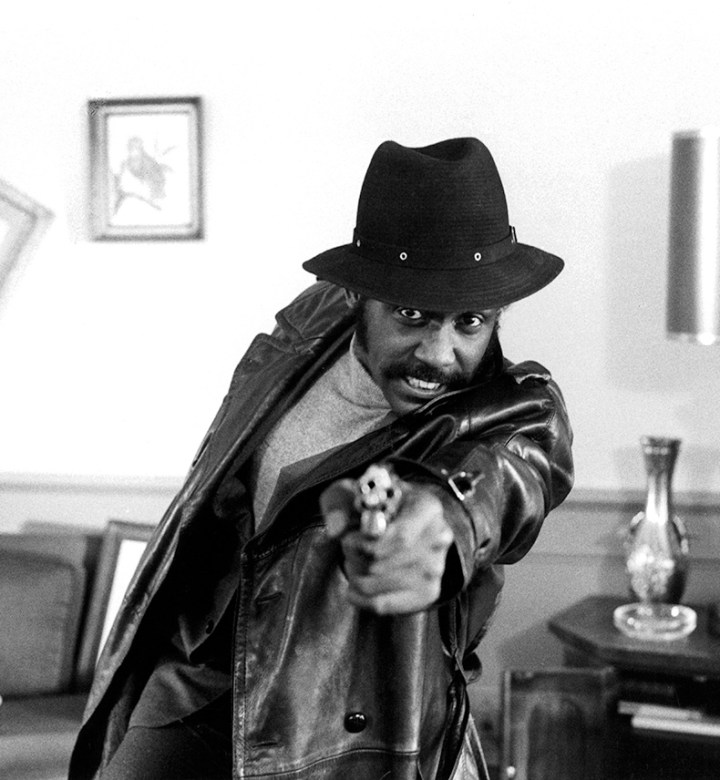 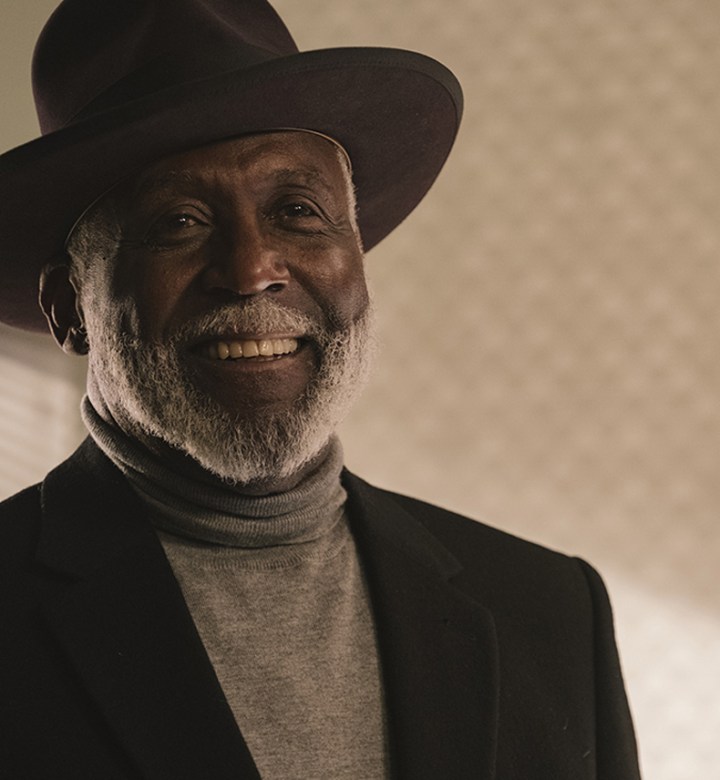 A recurring item throughout the series is Shaft’s fedora. Appearing in Shaft’s Big Score! (1972) with a decorative band and wide brim, the fedora completes many of Shaft’s looks. John Shaft II carried on the tradition with a small-brimmed black hat. Roundtree resurrects his statement hat in the new film, this time in brown. 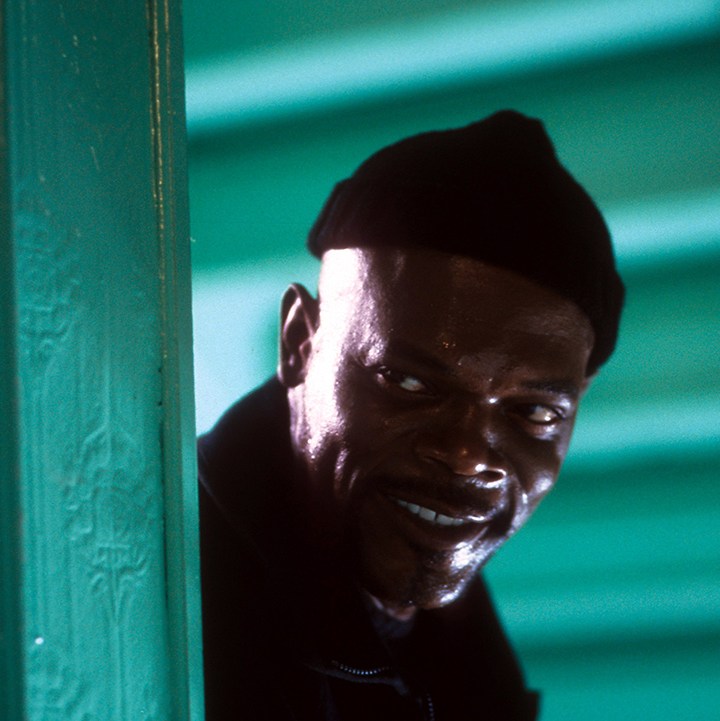 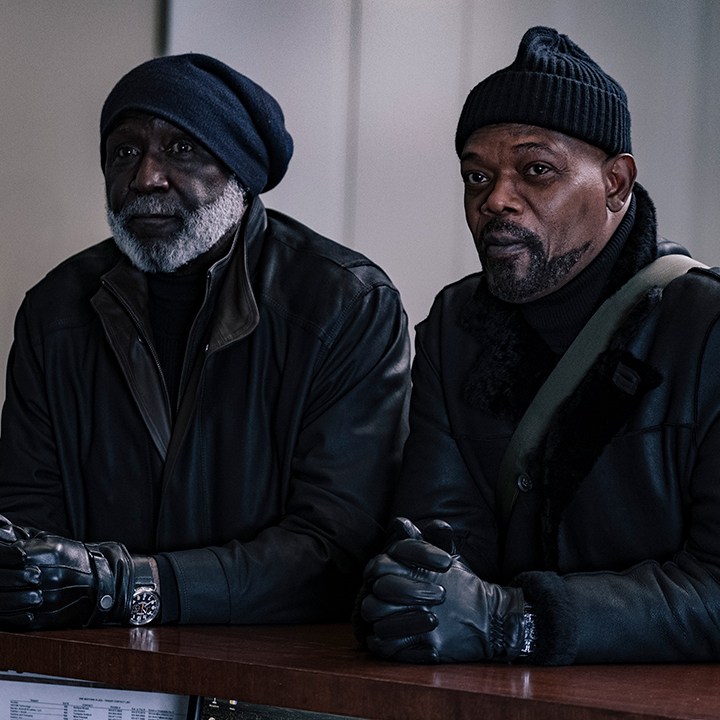 The 2000 version gave Shaft another key piece of headwear: a relaxed black beanie. Both Roundtree and Jackson don black beanies in the 2019 release. 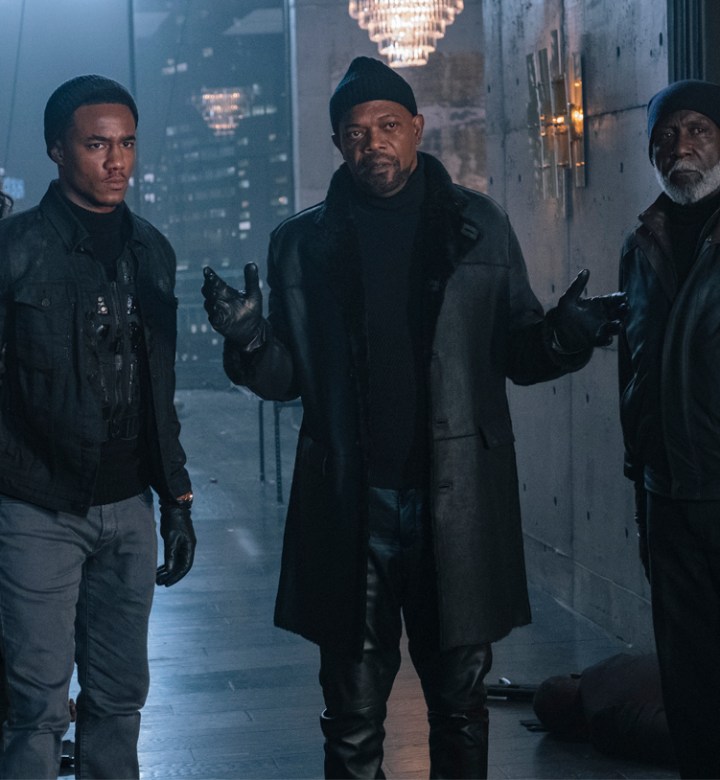 Shaft loves his leather. Across the films, Shaft returns to this look again and again, but the style of the jackets varies in length and fit. In the original, Roundtree wears a simple, open-front jacket as well as a longer double-breasted duster. Roundtree appears in the 2000 film sporting a leather button-front jacket. In the upcoming film, leather is abundant and worn by many of the key characters, including the three Shaft men. Notably, Jackson’s character wears a jacket adorned with fur around the collar. Though the form and cut may change, leather continues to be Shaft’s fashion staple.

Can you dig it?

Read next: 9 Movies That Were Forced to Reshoot: From ‘Rocky’ to Next Year’s ‘Sonic’

Everything We Learned from the 'Wednesday' Netflix Trailer