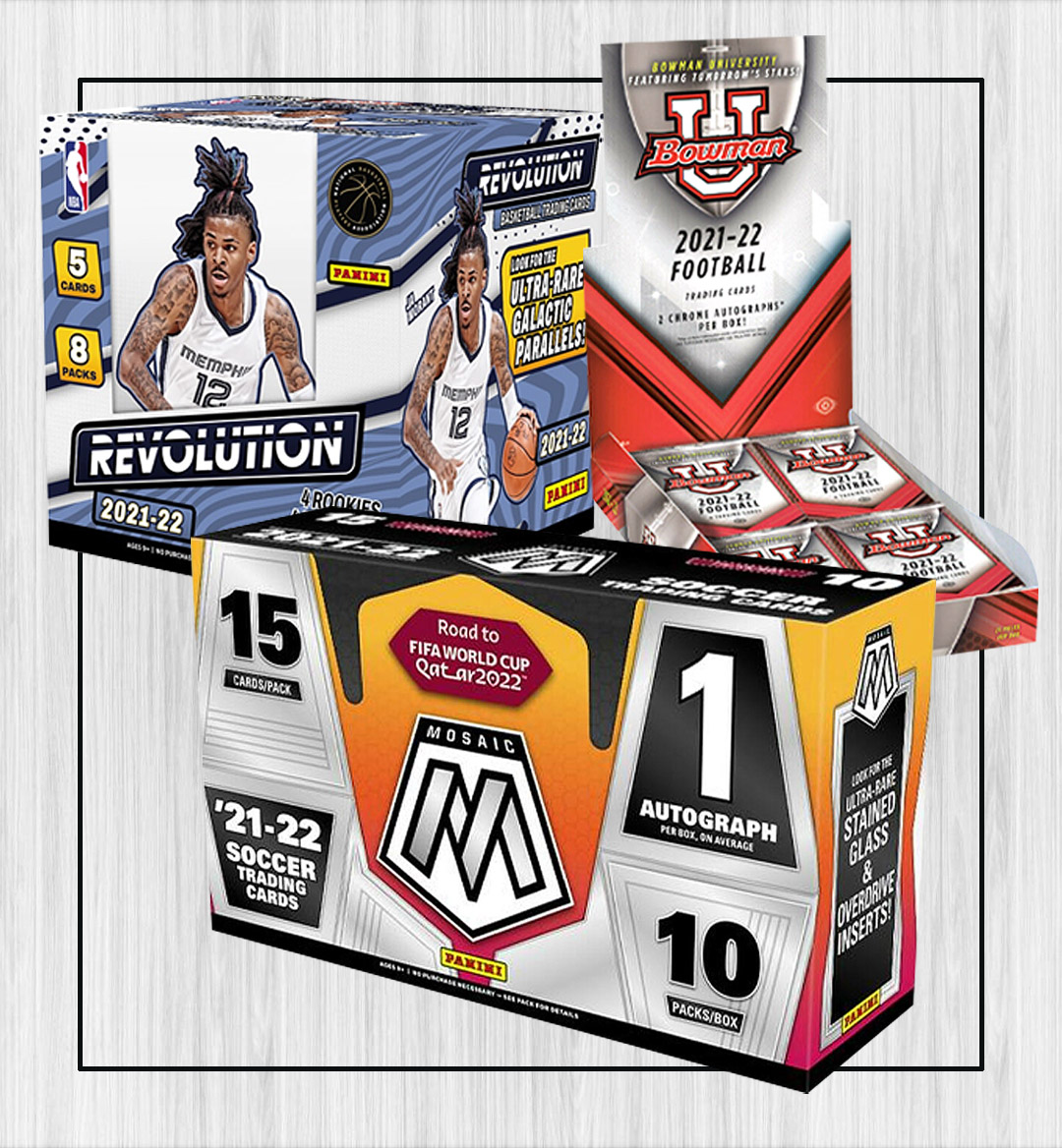 2022 is filled with exciting sports card product releases and with the recent popularity of the WWE Prizm set, we’re going to highlight our favorite upcoming releases each month, starting with April.

Throughout the year, we will see products across multiple sports from baseball, basketball, football and soccer to Formula 1 racing with a lot in between.

The growth of the hobby has warranted an expansion of the product that’s released to the public.

In addition to the hobby staples like Prizm, there are new products being released and old sets being revived.

There are a lot of highly anticipated sets hitting the market in the near future, so myself as well as the three hosts of the Card Talk Podcast (@cardtalkpod) each picked a release that we’re most excited for this month, while also highlighting a few other upcoming April sets that you should keep your eye on. 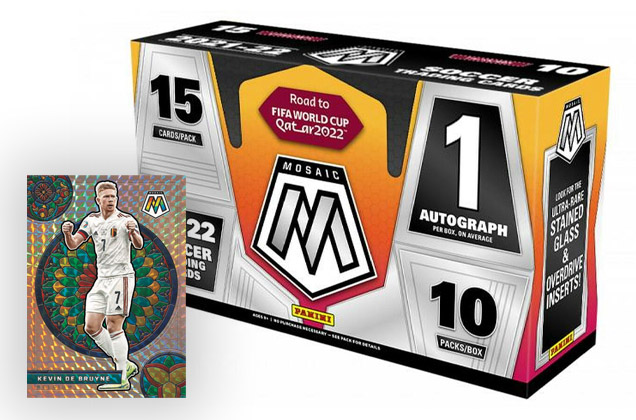 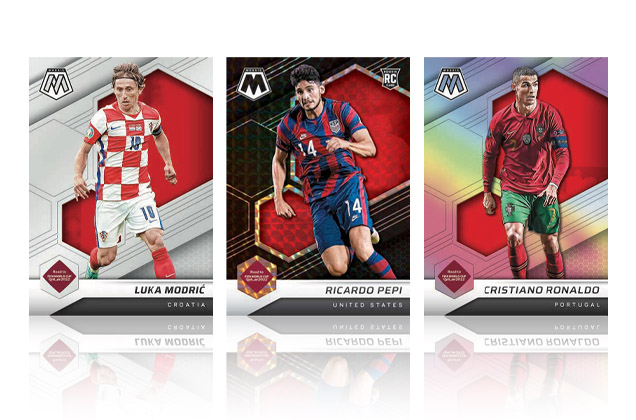 The 2022 FIFA World Cup is set to be played later this year from November 21st through December 18th.

While that may seem far away, the World Cup is played just once every four years, and it’s an exciting opportunity to get a card of your favorite player produced during the year the tournament is held.

It’s also worth noting that the 2018 World Cup final had 517 million viewers, which got as high as 1.1 billion people watching at least some part of the match. For comparison, the 2021 Super Bowl had between 30 and 50 million viewers worldwide. These matches are a big deal globally.

The 2018 World Cup Prizm set caught fire in the hobby (becoming the de facto rookie cards for players like Kylian Mbappe) and sparked interest from collectors of the sport, which bled into the 2014 Prizm World Cup set.

While the 2022 World Cup Prizm release date has not yet been announced, Mosaic will likely garner attention from collectors as momentum for the tournament starts to build.

This set will exclusively show those players in their international team’s uniforms for qualifying teams.

It features players from 28 national teams across a 200-card base set with 15 parallels:

There will also be Hobby exclusive inserts - International Men of Mystery, Montage, Pitch Masters and parallels of the inserts:

Rare Overdrive and Stained Glass inserts will be included as well.

There will be two autograph card styles - Autographs Mosaic and Scripts Mosaics (both appear to be sticker autos) with Gold / 10 and Black /1 parallels.

The breakdown of the hobby box is as follows:

Soccer has seen its fair-share of record sales since 2021 and the World Cup is one of the biggest sporting events in the world, making it a fun time for this product to release.

We’ve picked out a few upcoming releases to highlight as you prepare to find sports card products you want to get on their release day!

They are listed out below in no particular order: 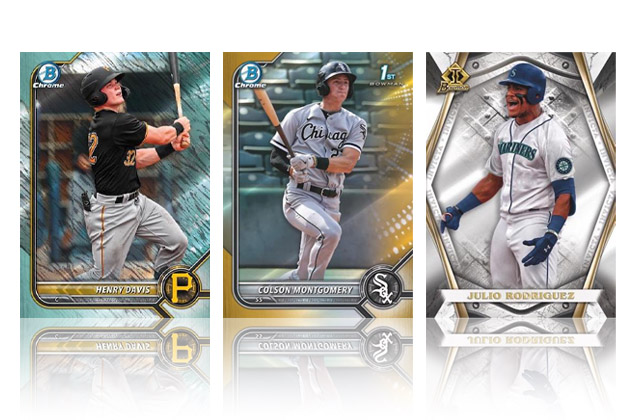 Bowman 1st Edition released in March and the follow-on set, Bowman Baseball is set to release this month. The product contains 100 cards in the base set and 150 prospects.

Bowman Chrome has become widely recognized as the main rookie card for prospects featured in the set and this is one to keep an eye on when it releases April 27th, especially since the baseball season is in full swing. 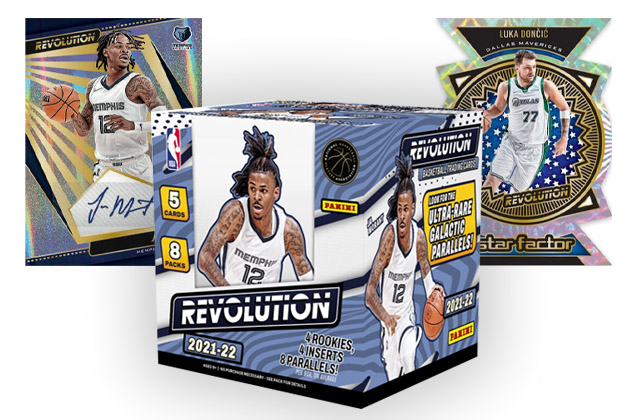 Revolution basketball offers collectors foil-infused designs and a chance at one of the most recognized parallels in the hobby: the super short print Galactic. In March 2021, a Luka Doncic BGS 9.5 Galactic sold for $26,400 at Goldin.co.

It’s still seen as an alternative set (Prizm, National Treasures still remain the ‘core’ products for true rookie cards) but has a history with collectors in the market. 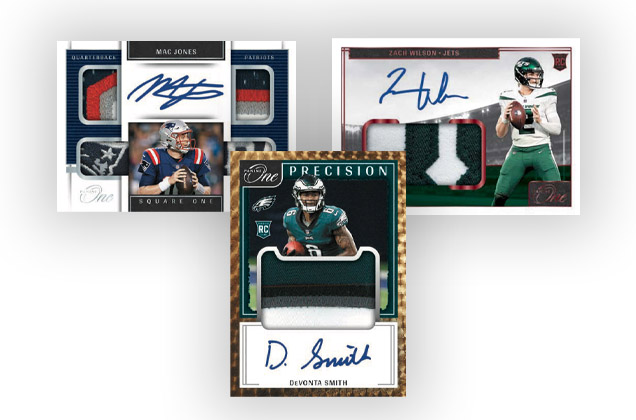 Each box of Panini ONE football  contains just 1 card, but all autographs are hand-signed and the set features patch autographs, including an NFL shield patch.

With the delayed release of 2021-22 Prizm Football (May 2021) this gives football collectors a taste of a premium product featuring a rookie class headlined by a Quarterback that’s been described as a generational talent. 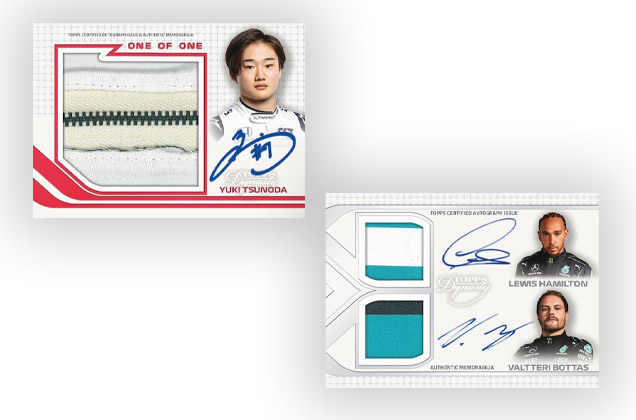 Formula 1’s 2021 Topps Dynasty racing cards are set to release April 27th and it is very anticipated given the rise in popularity of the sport.

Although it’s one card per pack, each card will feature an autograph with a relic from F1’s drivers and team principals. Product from the 2020 release is currently priced at $3,999.95.

Price: not yet released

April is a big month for releases but I'm most focused on F1 Dynasty. I'm excited to see what the value is. Obviously F1 has had a big year and Dynasty has been massive as well. There will be a lot of first rookies in there and probably some first time autographs. That's what I'm fired up about and I'm looking forward to it! 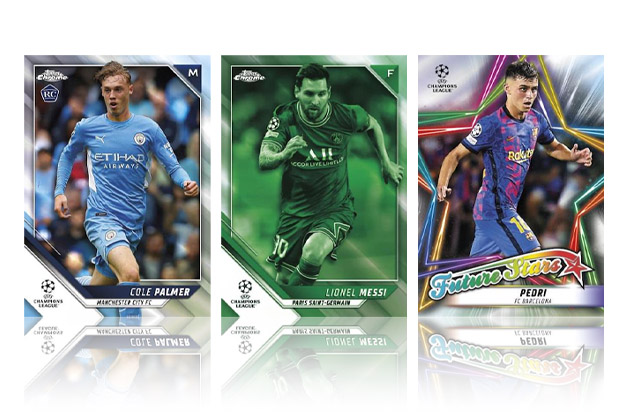 2021-22 Topps Chrome UEFA Champions League soccer features a number of parallels ranging from refractors to SuperFractors as well as inserts.

Some of the most expensive soccer cards ever sold have come out of Topps Chrome sets - from the UEFA Champions League to other league-oriented cards (like Bundesliga).

It’s an exciting year for soccer card releases with the World Cup tournament happening in late 2022 and more attention on the sport from a collectibles standpoint. 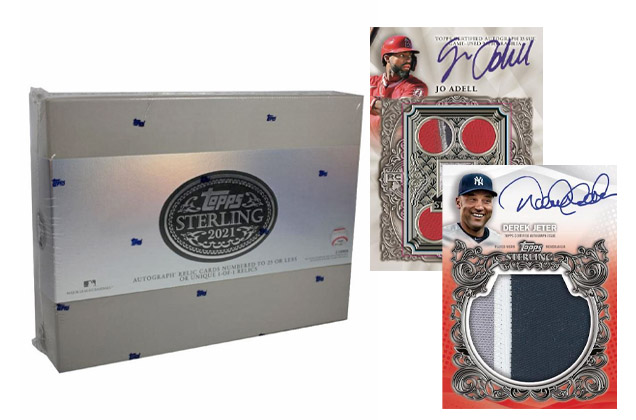 2021 Topps Sterling is a hobby-only release (no retail boxes) that include at least one autograph relic card (numbered to 25 or less) and a chance at rare one-of-one cards from current and former MLB stars.

The rare “Unique Relic” cards in the product are 1-of-1 cards and there are only 2 per case.

With the baseball season underway, this is a great product for collectors to get their hands on premium baseball cards. 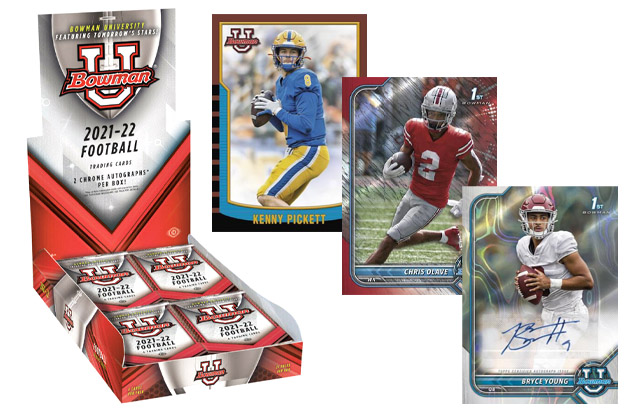 Topps lost the ability to produce licensed NFL cards back in 2016, but is reviving its Bowman University set with prospects from the collegiate ranks.

The product features a 100-card base set with various refractor parallels and image variations, including 1/1 Superfractors as well as autographs.

Despite the product being unlicensed, it’s still fun to see an old brand revived, especially one that has become so known because of Tom Brady, whose Bowman and Bowman Chrome rookie cards have sold for significant sums of money.

Bowman University is Topps first football product in a minute. Although there’s no license, it will be interesting to see how the market feels about a football release from a historical company like Topps, without logos on cards. As a college football fan & card collector, I’m excited to test my luck with a few boxes!