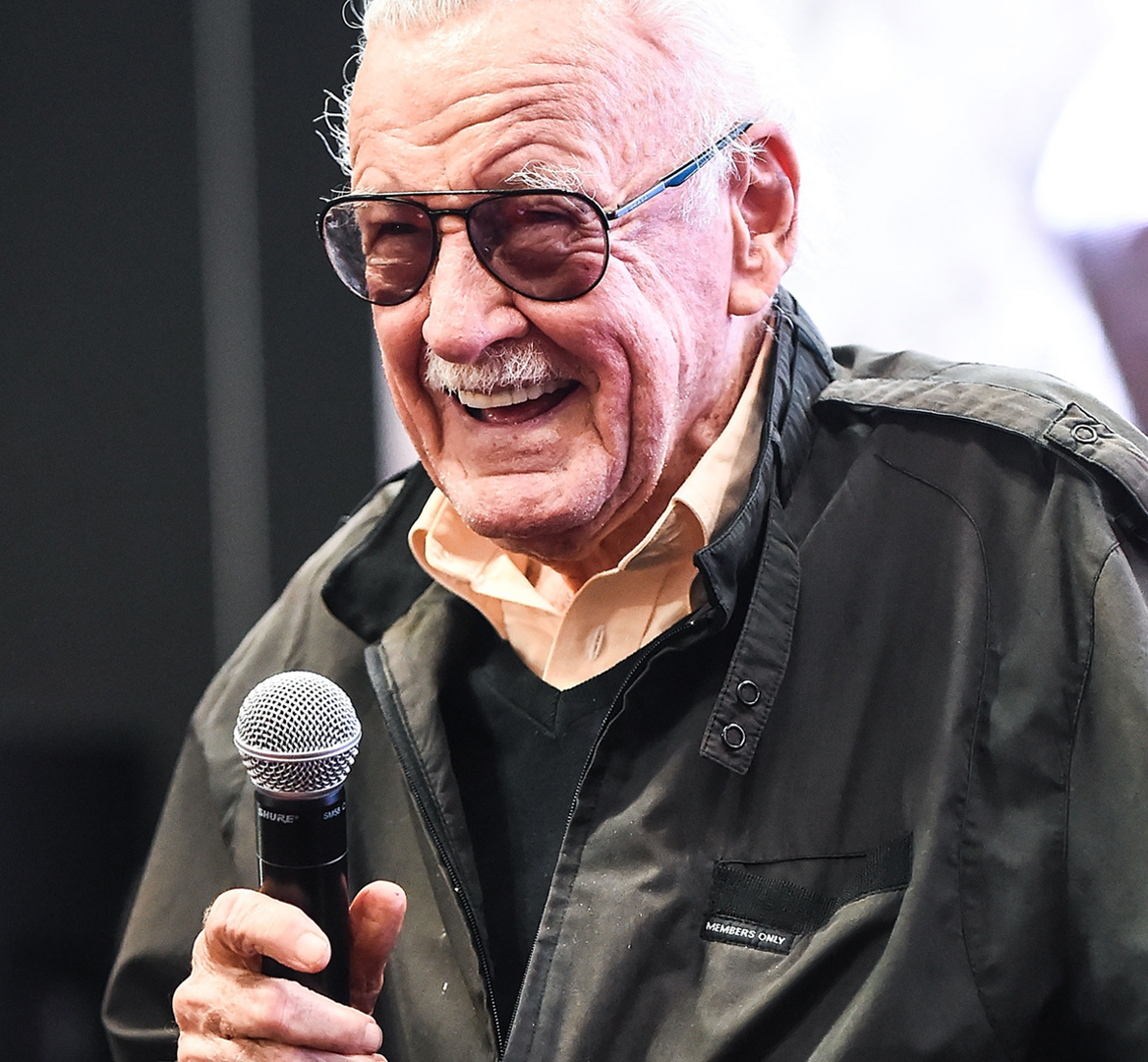 The lasting impact that Stan Lee, one of the creative geniuses behind Marvel Comics, has had on the world of entertainment truly is immeasurable. He created or co-created some of the most revered and iconic characters in pop culture history who have long surpassed the original expectations that Lee and his partners Jack Kirby and Steve Ditko could have ever imagined. Let’s rattle off just a few of them: Spider-Man, Iron Man, Black Panther, the X-Men and the Fantastic Four. He was also partly responsible for the reemergence of Captain America, “resurrecting” him in the 1960s following the character’s popularity during World War II.

The stories Lee helped craft not only spawned a fervent, extremely dedicated fan base but also spoke to the social issues of the time they were published; the X-Men as an allegory for marginalized peoples across the world and Black Panther becoming the first African American superhero in mainstream comics are just a few examples of Lee’s progressive mindset.

What you may not know about Lee and Marvel Comics is the enormous impact they’ve had on hip-hop and the culture that surrounds it. It shouldn’t be too surprising given that Lee’s stories and many hip-hop artists share the same attitude toward certain societal problems, particularly the struggles of the downtrodden. They may go about it in different manners—Lee through his storytelling, and hip-hop through its bars and lyrics—but the message is often the same. The X-Men fought prejudice and bigotry, and artists like Public Enemy followed suit, albeit by different means.

From the Wu-Tang Clan to MF Doom and beyond, hip-hop and comics found an intersection that few predicted and even fewer saw coming. Rappers found ways to inject the characters and mysticism of comics into their songs—some because they identified with the plot lines and stories, and others, well, simply because it sounded cool. Hip-hop and comics both served as an escape from and as a reflection of the issues of the day, and it is for perhaps this reason that they found such common ground.

Once Upon a Time in New York City

Marvel Comics and hip-hop share one quality above almost all else: They were birthed in New York City. The city serves as not just the birthplace but also the foundation for many of the stories across both mediums. Marvel, although founded as a different company, began publishing superhero comics in 1961 and—rather than use mostly fictional settings like its competitor DC Comics—set the majority of its stories in the Big Apple. Much like Marvel, hip-hop traces its birth to the NYC borough of the Bronx, evolving from a New York export into a worldwide phenomenon.

Much like the rappers who originated from NYC’s five boroughs, the superheroes of Marvel came from all across the city: Spider-Man and Nas from Queens, Captain America and the Notorious B.I.G. from Brooklyn, and Luke Cage and Cam’ron from Harlem.

There is no doubt that New York City, Marvel Comics and the culture of hip-hop will forever be interlinked. Even though both comics and hip-hop have long surpassed the city’s limits, we’ll always be able to trace their ancestry to the five boroughs.

Staten Island’s finest, the Wu-Tang Clan, is a rap collective that has long associated itself with Marvel and comics culture. Each member of Wu-Tang incorporated the characters and monikers into their acts and it helped them flourish.

Ask any comics or hip-hop fan and you’d be hard-pressed to find one who hasn’t heard these lyrics:

Inspectah Deck proclaims his affinity for the wall crawler and his catchphrase with this line in Wu-Tang’s “Protect Ya Neck” off their classic Enter the Wu-Tang (36 Chambers) album. It is a line that is aggressive yet also strangely familiar, much like a superhero in the midst of a battle with his or her archenemy.

Ghostface Killah, one of the more prominent members of Wu, assumed the identity of “Tony Starks,” an homage to Iron Man. Not only does he use the moniker, but his debut album is also titled Ironman. The album includes the song “Slept on Tony,” which essentially serves as a tribute to the superhero, detailing the character’s origins of being kidnapped and constructing his first suit of armor and infusing that with traditional hip-hop braggadocio.

Ghostface even appears in deleted scenes for the 2008 film Iron Man, the movie that launched a multibillion-dollar film franchise: the Marvel Cinematic Universe.

Daniel Dumile, better known as MF Doom, took the idea of adopting a comic book character as a hip-hop moniker and truly ran with it.

After falling out of favor with the recording industry in the early 1990s, Dumile was living destitute on the streets of New York City and Atlanta, but he began appearing at open mic events across the Big Apple, eventually using a mask that closely resembled the mask of Marvel supervillain Doctor Doom. Much like the character, who was badly scarred in an accident and swore revenge, Dumile put on the mask and promised to make a career comeback. The mask would become his trademark, continually evolving and eventually taking on characteristics of Russell Crowe’s Gladiator mask as well.

His album Mm.. Food is chock-full of samples from early Marvel TV shows, including Spider-Man and The New Fantastic Four. Using the samples, MF Doom is not only paying homage to the comics but also using the journey of the character Doctor Doom as a reflection of his life.

One look at his feature-less face / One look was enough to ensure his safety / As years passed, he became even more bitter and angry / Burning with vengeance against the world

Both Marvel and hip-hop are flourishing in tandem well into 2019, with Avengers: Endgame causing astronomical hype and hip-hop music routinely topping the charts. It’s nice to see their history and successes intertwined at this moment in time. Stan Lee’s work will forever be linked with hip-hop, and at the end of the day, we are all the better for it.