New monsters, new feelings and a new mall (so ’80s) 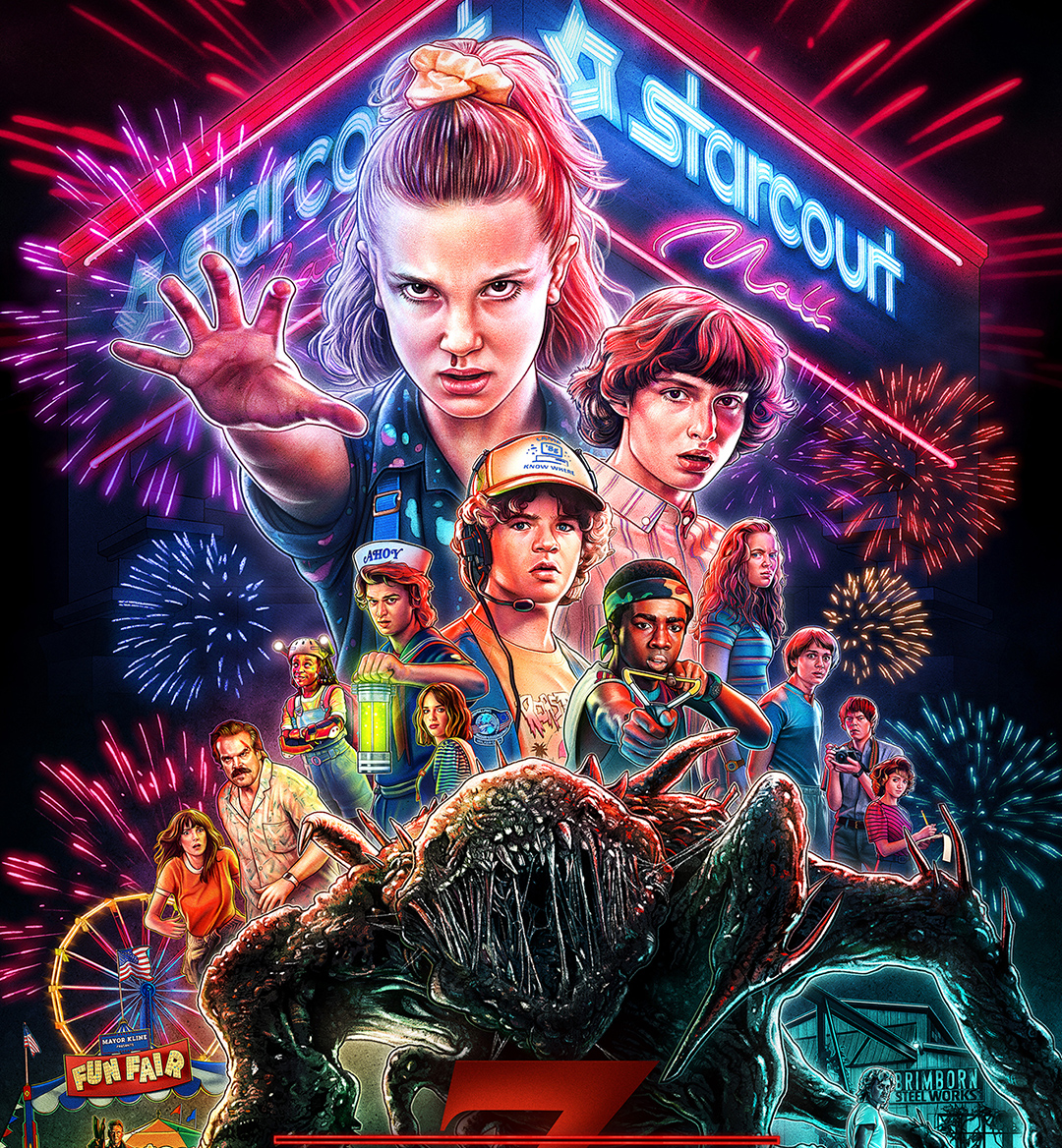 Something is going down at the mall. / Netflix

“One summer can change everything.”

With this foreboding Season 3 tagline for Stranger Things, the Duffer brothers have all but guaranteed an exhilarating and emotional third installment in the wildly popular Netflix series. The sci-fi story captured hearts in 2016 with its ’80s nostalgia, binge-able storyline, talented young cast and remarkable visual effects. With this season potentially being the final season, Stranger Things might come to a close—but not before at least one last adventure. Or cataclysmic disaster. Or all of the above.

Hype for the hit show has never been higher. All trailers for this season have been released, and a second batch of Nike’s Stranger Things collection will drop July 1, just days before the entire season debuts on Netflix. With a Fourth of July release date, it seems the Duffer brothers want everyone to spend Independence Day glued to their screens. Well, if we must (Eggo Waffles go well with a summer BBQ, right?).

Here’s what you can expect from Season 3.

Billy Could Be the Mind Flayer’s Next Host

Billy Hargrove (Dacre Montgomery) entered the Stranger Things universe in Season 2 when he and his stepsister Max (Sadie Sink) moved to Hawkins from California. An obsessive bully and notorious Casanova, Billy torments Max and takes a vested interest in keeping her away from her new friends, particularly Lucas (who is swooning over Max, BTW). At the end of the second season, viewers get a glimpse of Billy’s relationship with his father (hint: it’s not pretty) and witness the character’s more vulnerable side.

But in the third installment, Billy’s humanized qualities may be a bit, well, overpowered by some non-human forces. Remember the gateway to the Upside Down that Eleven thought she closed? Some evil and likely problematic remnants seem to have stayed behind. The Mind Flayer from the second season remains present in Hawkins and, as Will predicts, may search for a new human host. Enter Billy. In the final trailer, there’s an ominous shot of Billy’s pupil dilating, suggesting that he may be possessed by an otherworldly creature. On the bright side, at least he’s keeping the moms of Hawkins entertained.

Kline May Be Part of the Problem, Not the Solution

For the past two seasons, Hawkins’ mayor has stayed strangely silent even amid complete and utter chaos. Now he’s finally found his voice and a mission to pursue—no, it’s not the impending danger that threatens the town but rather the Fourth of July celebrations and grand opening of the new Starcourt mall. Priorities, man.

Cary Elwes (famous for his starring role in The Princess Bride) will take on the role of Mayor Kline, who he described as self-centered, dishonest and smarmy. Just what Hawkins needs. The new season will also introduce other characters, including Bruce (Jake Busey), a journalist for the Hawkins Post. The actor described his character as having “questionable morals and a sick sense of humor.” Corrupt leaders and new monsters in Hawkins should make for an interesting summer break in Hawkins.

About That New Mall…

If there’s one thing the Duffer brothers have nailed episode after episode, it’s that classic ’80s look and feel. The new setting of the Starcourt Mall appears to play a major role in the new season, and its decor overflows with homages to the ‘80s. Elwes said the production team transformed an abandoned mall in Atlanta with meticulous attention to detail, creating faux storerooms packed with authentic-looking merchandise.

Netflix released a trailer for Starcourt Mall (notice: the mayor’s voice as the narration and Steve’s appearance at the Scoops Ahoy Ice Cream Parlor). Stores in the mall include The Gap, Sam Goody, Orange Julius and more quintessentially ’80s shops. The mall will likely host one, if not many, crucial scenes, as the last episode in Season 3 is titled “The Battle of Starcourt.”

“How many children are you friends with?” asks Steve Harrington’s co-worker as he messes around with Dustin (Gaten Matarazzo) in the latest trailer. Steve (Joe Keery) has undergone an unbelievable character transformation since Season 1. In the second installment, Steve’s relationship with Nancy Wheeler (Natalia Dyer) falls on hard times, but he finds solace in the company of Dustin and crew. And thus, Baby Sitter/Mom Steve was born.

Steve’s friendship with the kids melted hearts, and from the looks of it, his paternal instincts will continue to please fans in the third season. From being largely unaware of the otherworldly activities in Hawkins in the first season, Steve now plays an active role in protecting the town and the kids.

Will the slow-burn romance of Joyce and Hopper finally come to pass this season? Season 3 could bring many brewing romances to fruition. Max and Lucas shared a kiss at the Snow Ball dance, as did Mike and Eleven. A Season 3 poster prominently features Mike and Eleven holding hands, leaving fans to safely assume Mike and Eleven are officially official. Finally.

But all of these changes—romantic relationships and otherwise—may be jarring for some of the kids, particularly Will and Dustin. The days of playing Dungeons & Dragons in the Wheelers’s basement are no more as the kids now face grown-up relationships and grown-up problems. It’s time for them to come of age but not without some growing pains along the way.