The Best Creative Advice from Your New Favorite Instagram Artist

5 things to remember when you‘re stuck from Adam J. Kurtz 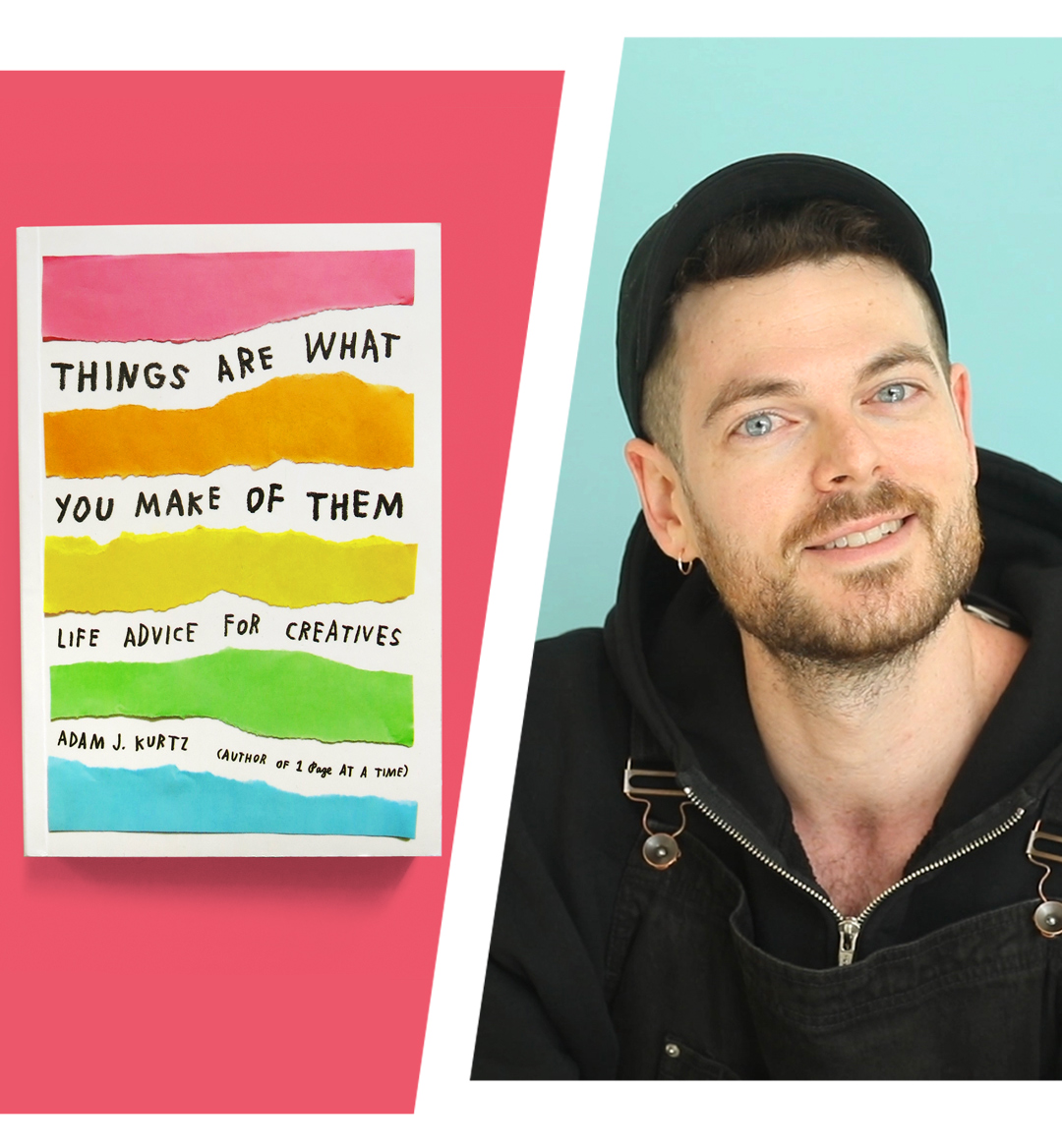 Through his published self-help books, calendars and other useful and equally cute items such as keychains, tote bags and mugs, creative entrepreneur and 30-year-old illustrator Adam J. Kurtz has stamped his advice on pretty much everything. His book, 1 Page At A Time, has sold over 300,000 copies worldwide and has been printed in 17 different languages. His annual weekly planner Unsolicited Advice—which includes self-proclaimed “bad drawings and tiny encouragement” — is on its eighth edition for 2019, and he’s worked with Urban Outfitters and Fishs Eddy on exclusive collections.

Even though he’s reveling in success, Kurtz wants you to know that you’ll “literally fail multiple times in your life and that’s okay.” Kurtz is full of insightful reassurances like that for entrepreneurs—the graphic designer, illustrator and all-around creative has built his business on printing and selling these nuggets of wisdom.

We asked Kurtz to give us his five pieces of advice for creatives about to embark on their next venture or just those in the thick of it—feeling overwhelmed about which step to take next.

After you’ve completed step one (thinking of your idea) Kurtz advises to just begin. “Concepting and research are important for sure, but there's also a power in just diving into the first draft and figuring things out as you go,” he said. “Sometimes the hypothetical planning misses something obvious or a project shifts once you're in it. So sure, step one is really ‘concept,’ but step 1.5 is just start and know that you're still in the concept phase.”

Kurtz wants creatives to keep in mind that their most precious ideas aren’t that precious. If they don’t work out, “I mean, your ideas maybe aren't good enough?” he offers. “And so what? You're making a website. Or a T-shirt. Or an app. Or a keychain. How perfect does this shit even need to be?” he said. “Realistically, a lot of what we do doesn't matter to humanity as a whole, and I feel like this kind of perspective really takes a lot of the pressure off. So yeah, maybe it's not the world's greatest poster design. That doesn't mean it can't communicate a message that resonates with people and it doesn't mean the design won't be aesthetically pleasing to people. It's fine.”

3. Get feedback from real people.

Step outside of your bubble to get feedback on an idea. “Talk to real people. Not just your team and peers—although their feedback is important and they may have an innate understanding because they do similar work—but [talk to] folks who are outside of your world. I love to ask my husband for his opinion on stuff. He's not a designer, but my audience isn't necessarily other designers. I want to know what a real person, a potential customer or user, thinks about it. Having to explain or defend your decision making to an outside perspective is a really useful exercise.”

4. Reposition failure in your mind as research.

“You literally will fail multiple times in your life and that's okay. Failure is just research unless you never try again.”

5. Remember that you're not obligated to please everyone in the world.

Taking criticism on his work is something Kurtz has dealt with a lot over the years. “[My work] is not for everyone! Some people can't see past the deceptively simple design and presentation, assuming it's too childish, or (gasp) not masculine enough,” said Kurtz. But getting criticism is a part of the process. “Constructive criticism is so helpful and important for growing as a creative person, as a business owner, and frankly, as a human being. Let's appreciate criticism and critique as part of the research process and understand that it's integral to seek it out and accept it. But let's also brace ourselves for when things get a little too personal, and know that as helpful as criticism is, we still choose what to take into account. You're not obligated to please everyone in the world. So take what you can and express gratitude where appropriate, but then you still make your own judgements.”