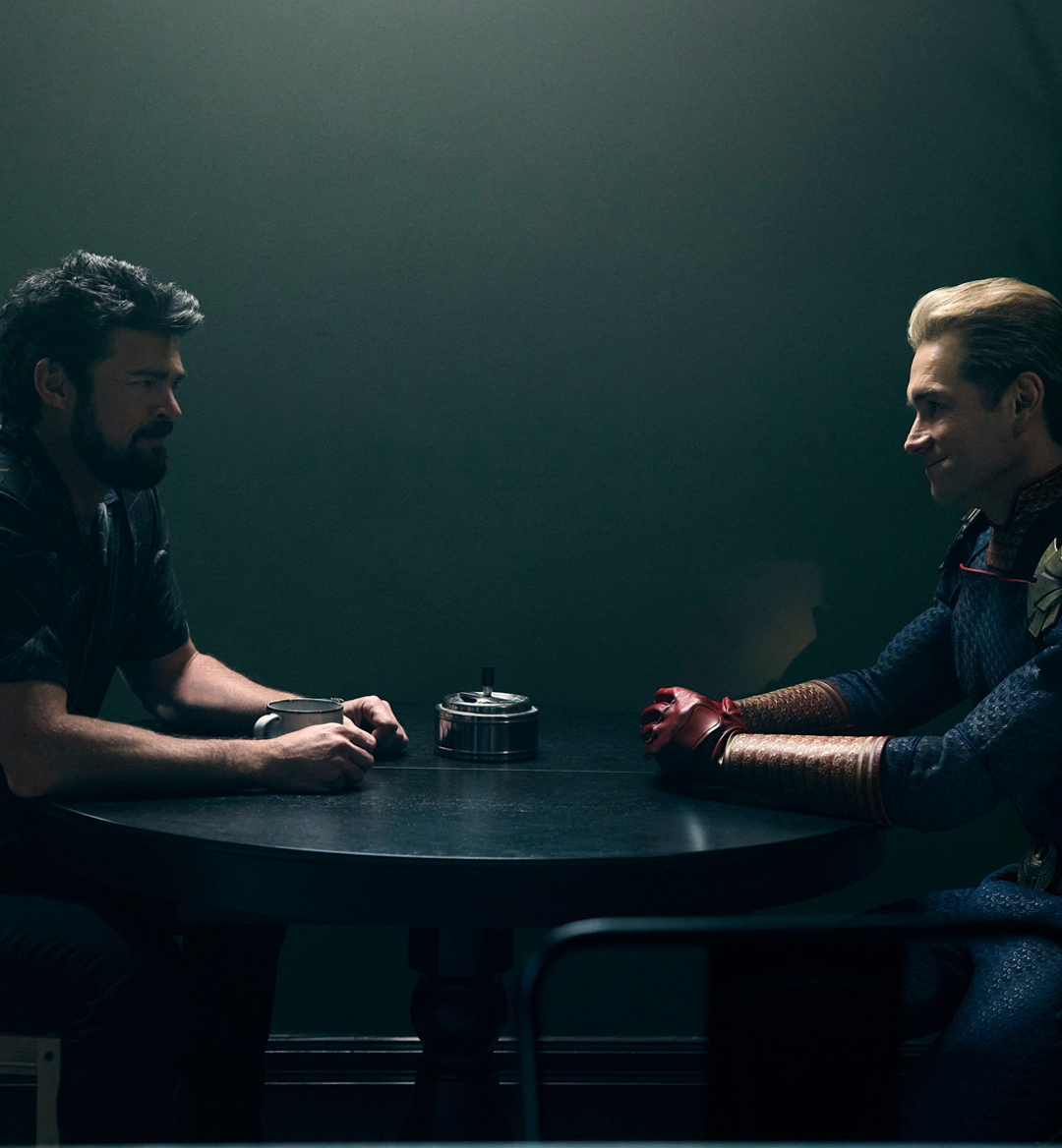 If there is one thing that any viewer can expect from the third season of The Boys, it is chaos.

And season three, premiering on June 3rd, is no different than what you're probably already used to. The Boys has never been for the squeamish, and you'll be seeing plenty of blood, gore, violence, and nudity this season that you've come to expect on this show.

Even with that, The Boys has always managed to balance that insanity with a ton of emotion. Billy Butcher's relationship with his wife Becca took center stage most of the time in the early seasons, but after a year without her, the other characters get their time to shine now, and it pays off in a big way. Season three is the show's darkest and most personal one yet, and it is also might just be its best.

Per Prime Video, "It’s been a year of calm. Homelander’s subdued. Butcher works for the government, supervised by Hughie of all people. But both men itch to turn this peace and quiet into blood and bone. So when The Boys learn of a mysterious Anti-Supe weapon, it sends them crashing into the Seven, starting a war, and chasing the legend of the first Superhero: Soldier Boy."

Underneath all the blood, guts, and mayhem, The Boys has somehow maintained a sense of realism. These ordinary people are forced to live in a world dominated by superheroes who are self-absorbed celebrities rather than crime fighters (come to think of it, it's hard to remember the last time we saw them actually stop a bad guy.) How would the world react if superheroes were real? It's more than likely that it'd be closer to The Boys than The Avengers.

The flawless public facade of superheroes in this universe was shattered in the show's first episode with Homelander shooting down a plane, and it has only gotten worse as the series has gone on. In this season, we find Homelander at his lowest: alone, betrayed, and disliked by many who used to love him. It's here where he is also his most dangerous.

Billy Butcher and the Boys have successfully gone legit in their work for the government. While they aren't killing Supes anymore (or at least try not to,) they do keep them in check. Butcher still sees this as a half measure, but if it means keeping Ryan (the son of his wife Becca) and the world at large safe, then he'll play ball.

The conflict between Homelander and Butcher remains simmering beneath the surface, and Billy has been looking for a way to end his mortal enemy once and for all. 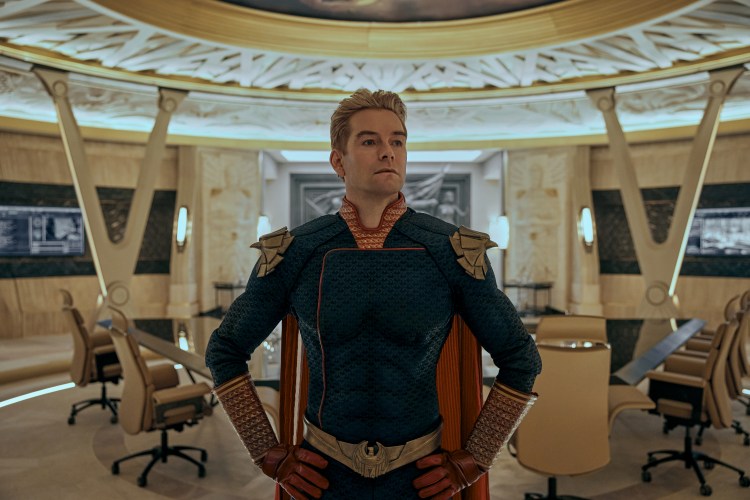 It's funny to call a season of The Boys to be its darkest yet, considering all the gore involved, but it's certainly true here. Homelander is not the only one struggling with their current situation, and you feel it in almost every scene. Butcher is fighting his demons; Mother's Milk is still dealing with family issues; Frenchie and Kimiko's relationship is constantly under pressure; Hughie and Annie's bonds are tested throughout the season too.

One of this season's biggest strengths is its ability not just to skim the surface of these problems but to dive deeper and get to the root of the issues. While seasons past have put Butcher in the spotlight, the other characters, yes even Homelander, are getting more of their backstories fleshed out now.

Many of these stories would be less effective if the acting behind them weren't strong but thankfully, that's not the case with The Boys. You can tell that Karl Urban and Antony Starr remain the show's stars, and they're more than deserving of that. Starr's Homelander is legitimately one of the best villains that television has seen in quite some time, with Urban's Butcher being the perfect counterbalance to him.

They are in a symbiotic, very much a "one cannot exist without the other" scenario that will only end with one or both of their deaths. Any scene they share is among the show's very best, and that trend continues this season.

Jensen Ackles's Soldier Boy is a welcome addition to an already stellar cast. To get an idea of his character, he's basically the evil Captain America, a lot like how Homelander is the twisted version of Superman.

His confusion over the modern day also provides some of the season's best humor. He plays the character brilliantly, being the perfect combination of old-world values and over-the-top machismo, two traits that are his biggest follies.

If you were ever looking to see the show finally crack the shell that is Black Noir, then you're in luck. The silent, masked assassin of The Seven gets his time in the sun too. Nathan Mitchell shows off a masterclass in showing and not telling, giving depth to a character who had long been relegated to the background.

Does he have a dark past? Did he do some pretty awful stuff in the first two seasons? Yes, and yes. This season you'll undoubtedly learn why he is who he is and does what he does. 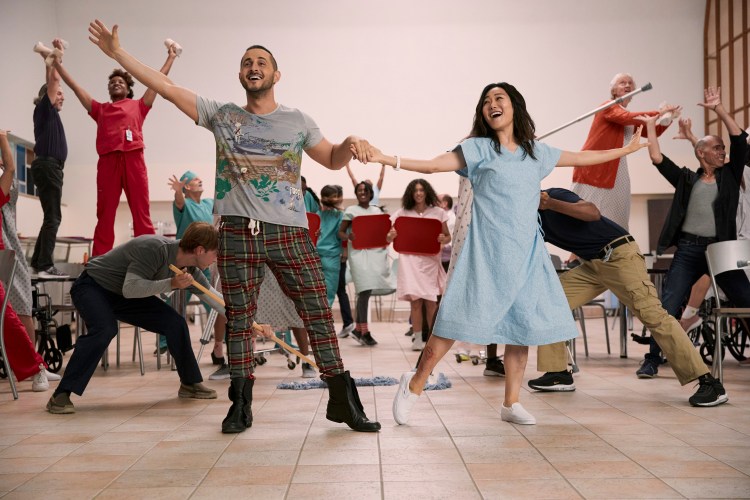 Without a doubt, Tomer Capon's Frenchie and Karen Fukuhara's Kimiko continue to be the show's heart and soul. Their relationship delivers the season's most touching moments, and I'm not ashamed to say that I teared up watching these two act the hell out of some of their scenes.

They are both trying to escape their past and put it behind them, and they lean on one another to do so. It's impactful, and you can't help but hope that these two will one day get a chance to be happy.
Hughie and Starlight's connection is real, and the audience should care about them too, but there's a feeling that their path is set and that they'll somehow be okay in the end. With Frenchie and Kimiko, that's less certain and makes caring about them that much more real.

The same applies to Mother's Milk's story, as he tries to maintain a presence in his daughter's life. He's retired from hunting Supes, but the pull to get involved again is strong, and his ability to be a parent is affected.

He deserves justice for the crimes committed against his family, but at what cost? Laz Alonso has become an expert at this dynamic, attempting to be the rock that both his family and The Boys can rely on. 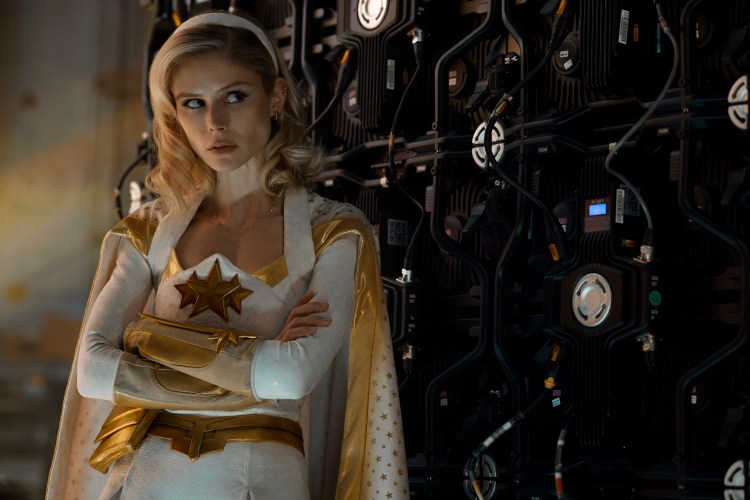 Where the show tends to stumble this season is its tackling of social issues. The Boys has never been afraid to look at real-world problems and what the discourse around them would look like in a universe such as this.

However, this season, it doesn't seem to be handled as delicately as it could have been. It shares the same issue that Don't Look Up did, in that it lacks the subtlety that would have made the commentary more impactful.

Vought and Vought News are clear stand-ins for Fox News and the right-wing media; Homelander and his fans are the Trump and MAGA faithful in this world, and so on.

Parodying the absurdity of the modern-day culture wars isn't necessarily a bad thing, but it makes the idea less effective when you're beaten over the head with the message. 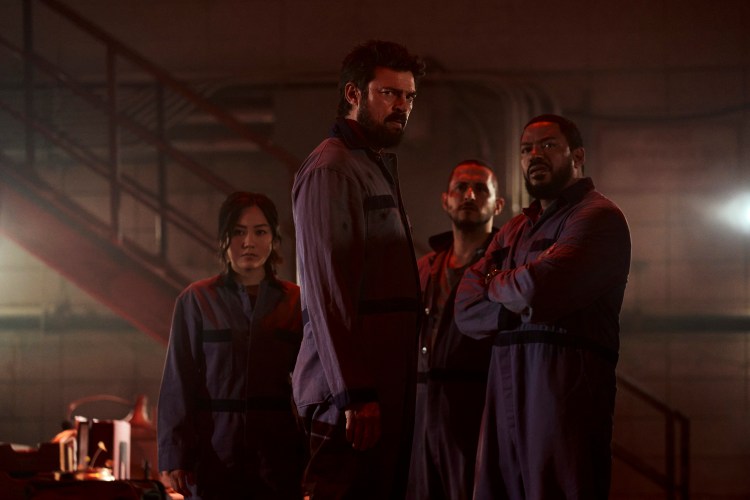 If you're a fan of The Boys, the good news is that you'll more than likely love season three. It is funny, dark, and as violent as ever but has more heart than the first two seasons. By the end, you find yourself rooting for characters like Black Noir and A-Train, who are given more depth than ever before. Surprisingly, you'll even have some sympathy for Homelander as well (just a little bit, though.)

It's a testament to the writing team and the performances of all those involved that you can care this much about a show that features an episode titled "Herogasm." Yes, a Herogasm is exactly what you're now picturing in your head.

They also have plenty of fun with the "Thanos/Ant-Man" memes that came out of the lead-up to Avengers: Endgame, so take that for what you will.

This show truly deserves as many seasons as it needs, and hopefully, Prime Video gives them the chance to tell its full story.