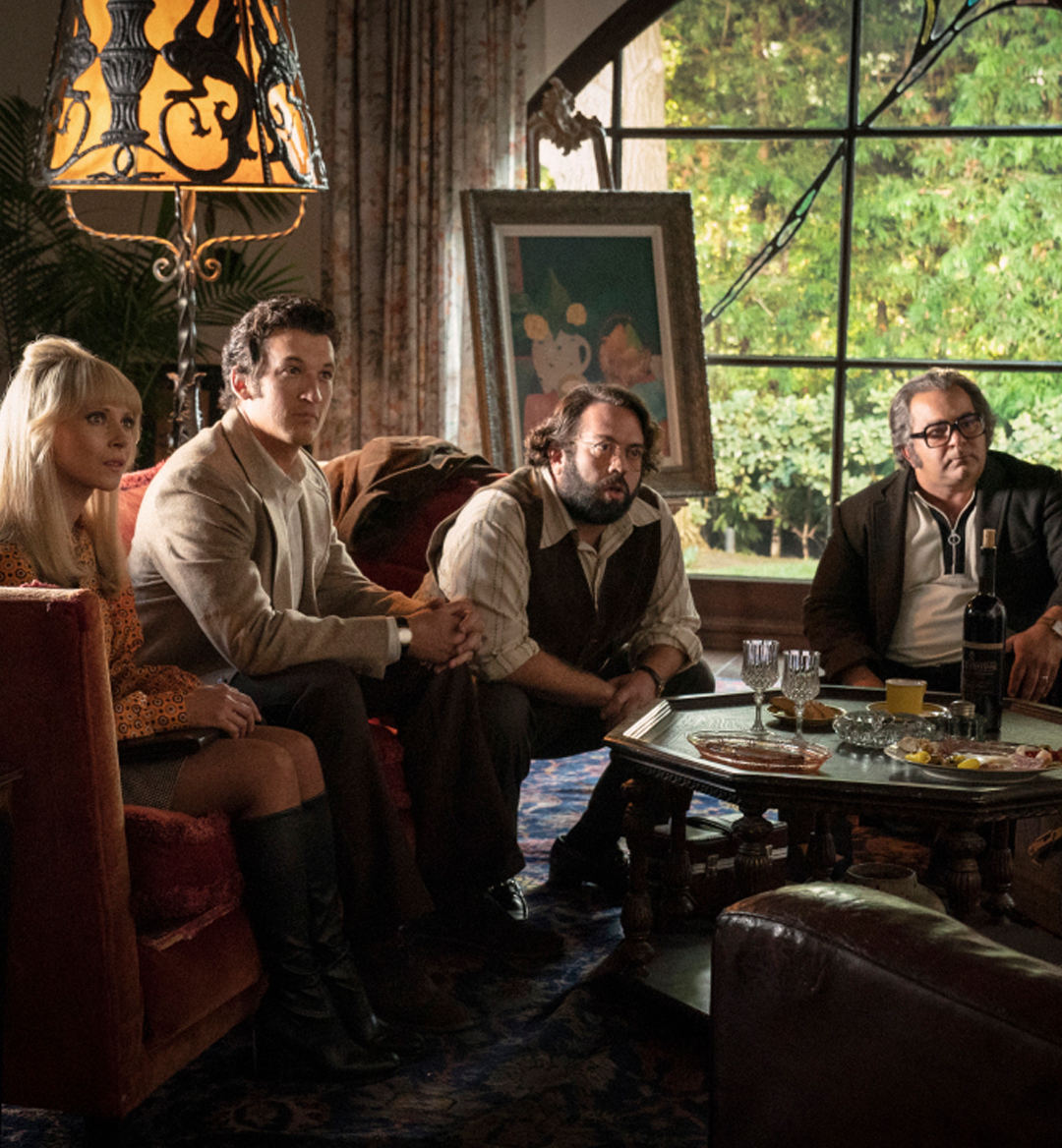 Hollywood loves to tell stories and make movies about Hollywood. Filming their exploits and putting them onscreen gives them an energy that you may not find in other productions because they're examining themselves. Mank, La La Land, and The Disaster Artist come to mind, and those were all released within the last ten years. You can go back decades and find plenty that center on the art of movie-making.

One of the latest projects looking to do this successfully is Paramount Plus's upcoming miniseries, The Offer.

Based on the life of Academy-Award-winning producer Al Ruddy, The Offer tells the story of the troubled but ultimately successful production and release of the legendary film, The Godfather.

If you've been living under a rock for the past 50 years, The Godfather is the tale of the Corleones, a Mafia family in 1940s New York City. The film stars Marlon Brando as Don Vito Corleone, Al Pacino as Michael Corleone, James Caan as Sonny, and Robert Duvall as Tom Hagen, amongst many others.

While the movie came together and went on to become the highest-grossing film of all time up until that point, as well as one of the critically acclaimed movies ever, its production was anything but smooth. 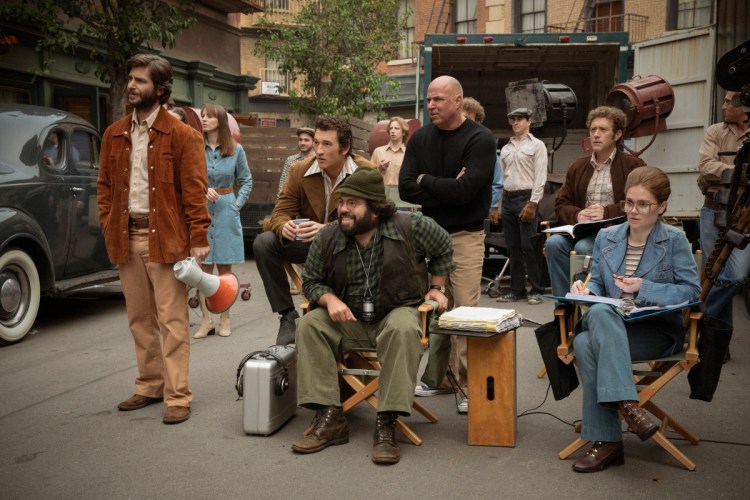 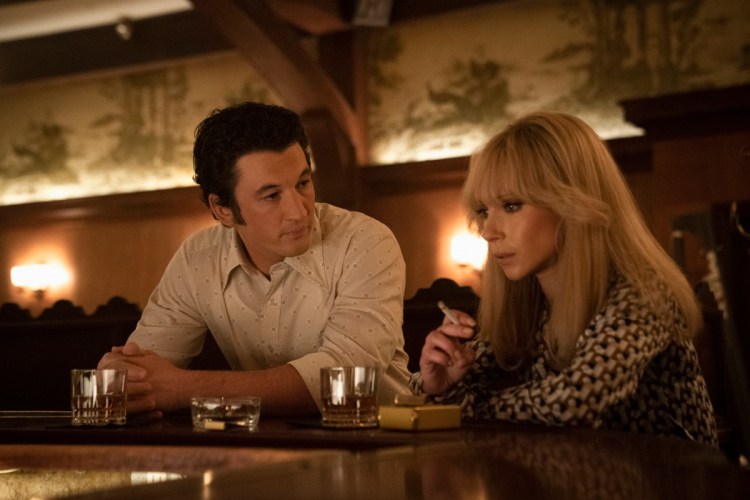 There are many issues with The Offer, with the most glaring being that there are too many episodes. A six-episode story is told throughout ten, resulting in the need to stretch out storylines and contrive plots that, in reality, had little to do with the film.

To pad the show's runtime, it revolves around multiple storylines, the three most prominent being the actual production of the movie, a growing mafia war in New York, and the inner workings of Paramount studios. Each of those narratives has its subplots, resulting in neither interesting nor engaging storylines.

The movie-making portion of the show is the most compelling and features outstanding performances from Juno Temple and Matthew Goode. I think that centering the story around Al Ruddy was not the wisest decision, as Miles Teller doesn't seem up to leading the series. Also, he decided to throw on a deeper and more gravelly voice to emulate the real-life Ruddy, but it feels more forced than authentic.

From purchasing the rights to the book, which is one of the highest-selling novels ever, to the movie's completion, the show is at its best. It might not sound all that exciting on paper, but following how Coppola was hired, cast Brando and Pacino, and fought with executives to maintain a creative vision is the best part of the show.

However, it is sort of a double-edged sword here, as the series also can't seem to decide what side of the fence certain characters are on. The creative vs. business fight is nothing new in shows, but when characters flip back and forth between where their loyalties lie, it sucks all the drama out of the situation.

For example, one of the biggest storylines towards the end of the series is an executive arguing with Coppola and the production team over the movie's length, the marketing, etc. It seems like no resolution can be made, but suddenly, the executive is magically convinced to allow the creatives to take control, and the problem is solved.

In addition, the business side of things also has a strange subplot for a few episodes regarding the potential sale of Paramount to another company. It has nothing to do with the show's overall plot other than to serve as almost an infomercial for Paramount studios. As one character argues for the value of the studio and the virtues of art and movie-making, he asks a room of executives, "What can America look up to?"

Without blinking an eye, he says, "Paramount. Take a look at the logo." It's a baffling scene that makes you wonder if business executives themselves wrote this part of the script. 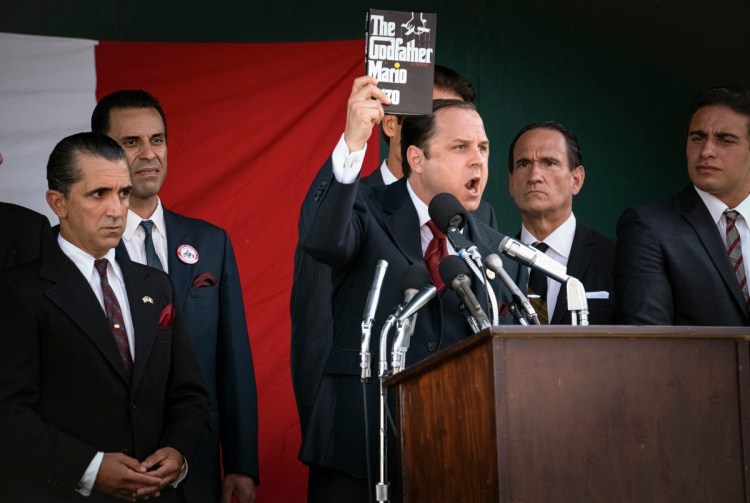 The production of The Godfather did come into conflict with the New York City Mafia, most notably Joe Colombo and his crime family. Colombo, likely in an effort to get the FBI's attention off of his criminal enterprises, formed the Italian-American Civil Rights League. Thinking of himself as the Martin Luther King Jr. or Malcolm X for Italian-Americans, Colombo waged a campaign against The Godfather, saying it fueled stereotypes against "his people."

In The Offer, Colombo is played by Giovanni Ribisi, who becomes a business partner of sorts with Ruddy. When Ruddy offers to cut the word Mafia and Cosa Nostra from the script, Colombo drops his objections to the film.

You'd think that's where the interactions with the mafia would end, but you'd be wrong. Throughout the series, we watch mob-related storylines, including Colombo's war with Joe Gallo. Other than passing references to The Godfather here, it's a distraction that feels shoehorned into the show.

For brevity's sake, the mafia storyline could have been wrapped up in 2-3 episodes and pivoted the focus back to the story of the film's creation. 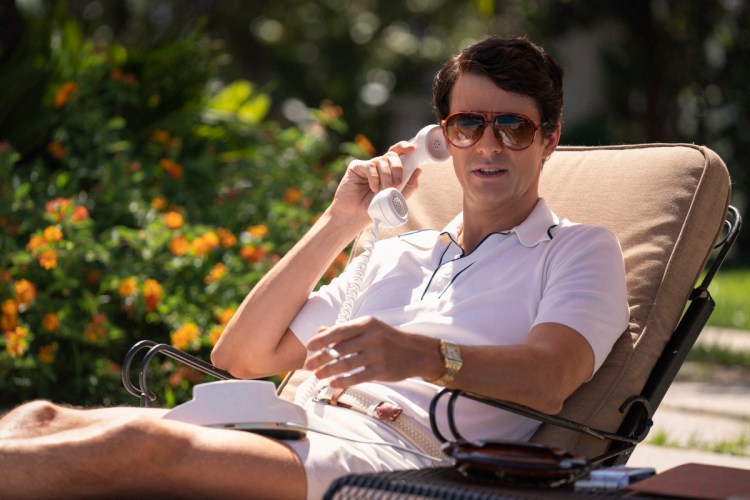 The Offer tries to build a compelling story around what is arguably the greatest movie of all time, and using that as a backdrop should have for an intriguing limited series. Unfortunately, it suffers from many issues to make this a show worth tuning in for.

To any Paramount Plus watchers, executives, and writers, please don't take this review personally; it's strictly business.

The first two episodes of The Offer premiere on Paramount Plus on April 28th.