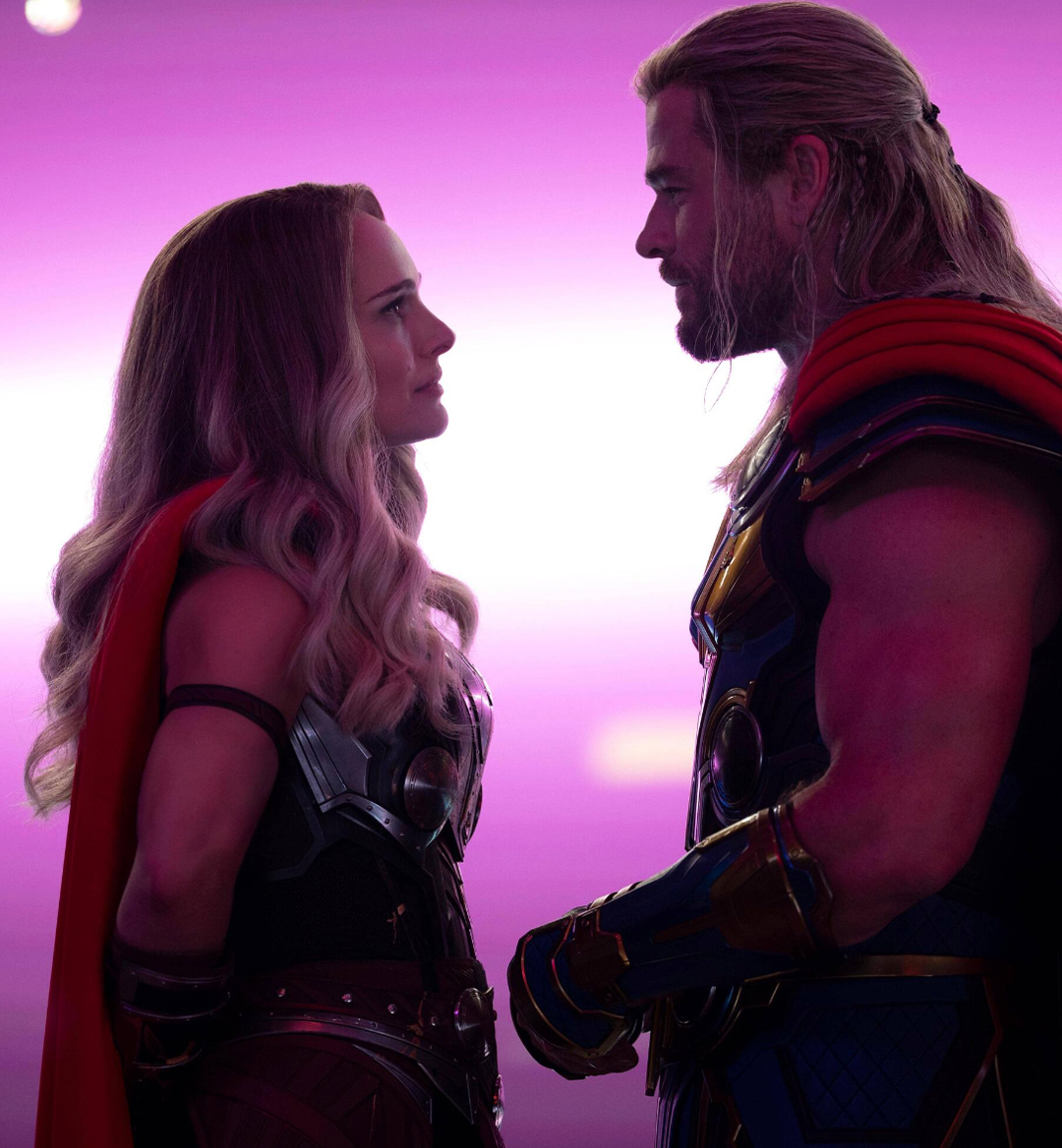 Thor: Love and Thunder was a lasagna of a movie—well, an overstuffed lasagna at that. There was just a little too much shoved into the whole thing. But, hey, lasagna is pretty good; let's not forget that.

I'd say that the main problem is that most of us probably walked into this film expecting it to blow Thor: Ragnarok out of the water, and when it didn't, it felt like more of a letdown than it would've been had we not frolicked into the theater starry-eyed and with that unbeatable expectation.

A Viking, an Astrophysicist, a King, and a Sentient Rock Walk Into a Bar 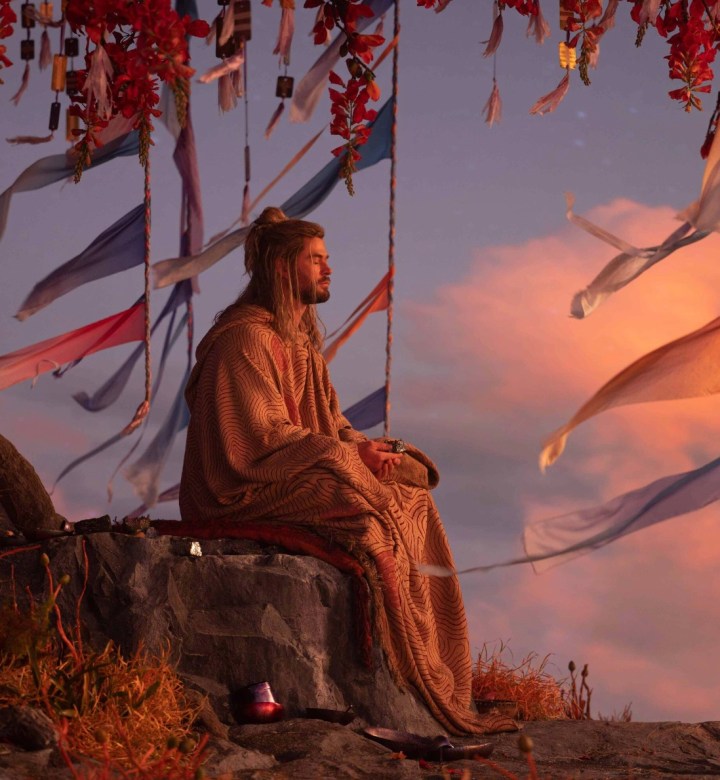 The crew that Thor assembles for his mission to save the children of New Asgard from a God Butcher named Gorr is a motley one at best. Comprised of himself, Dr. Jane Foster-turned-Mighty Thor (Natalie Portman), Valkyrie (Tessa Thompson), and Korg (Taika Waititi), the squad isn't always on the same page, but that's what gives them their charm, right? Well, mostly.

While they were a little disjointed to watch at times (Korg was literally disjointed from the rest of his body at one point), they ultimately got their mission completed, even if it felt like the whole thing went down at the same lightning speed as Thor's ax, Stormbreaker.

And sure, it's a movie about Thor, but Portman's performance as the Mighty Thor was absolutely unmatched; I'd honestly like to see a spinoff film just about her—that's how incredible she was in this role. Thor's ex-hammer, Mjölnir, was finally back in action under her direction, though in a slightly different manner, as it now has the ability to separate itself into a bunch of mini pieces that can be used as sharp, flying projectiles.

Speaking of our old buddy, Mjölnir, there was a pretty rough love triangle going on between Thor, Stormbreaker, and Mjölnir for the duration of the film. While the movie at times felt a little too stuffed with jokes that didn't always land, the one that consistently stuck was this one. When Thor would gaze lovingly in the distance at Mjölnir, Stormbreaker would angrily float in, giving the death stare to his supposed owner. Nothing beats a good inanimate object love triangle. 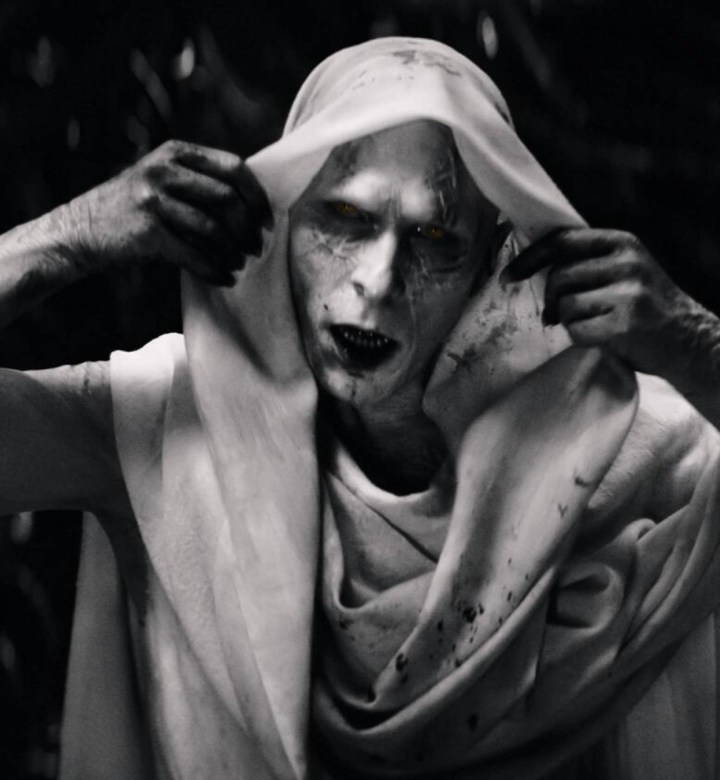 Alright, maybe he's not gorgeous, but Gorr, the God Butcher sure stole the majority of the scenes he was in—the only issue was that they grossly underused him. Similar to how Darth Maul wasn't shown enough in The Phantom Menace, Gorr wasn't given the amount of screen time that he deserved—and that we desperately wanted.

Not only was Bale's performance perfectly nuanced and ominous, but the character himself has a captivating history that felt a bit glossed over. We spent probably a total of five to seven minutes on his backstory at the beginning of the film, and if you didn't know a ton about Gorr going into things, it would've been slightly confusing to work out what was actually happening.

Thor: Love and Thunder was a solid film, but there were certainly times when it felt like the editors were trying to squeeze everything they possibly could into a timeframe of just under two hours (the movie's official runtime is one hour and 59 minutes). As a result of that, we got an insanely speedy backstory to Gorr and an ending that felt rushed.

After Gorr makes it to Eternity and places his wish, he dies, shares a brief moment with his daughter, and then sends her back to Earth as part of his one wish. There, she becomes the de facto daughter of Thor, where they'll continue to fight off the evils in the world in—what looks like—their backyard?

This is where I had an issue: Gorr is supposedly on a mission to kill every god alive, yet when he actually makes it to Eternity, he already seemed pretty set on making his wish about bringing his daughter back to life—not to eliminate all of the gods. In that sense, it makes everything else seem a little moot: what was even the point of kidnapping all of those children? Sure, it was to lure in Thor so that Gorr could steal Stormbreaker, but that gets away from the entire point of him being a God Butcher. I guess, in the end, Gorr was really just a sad, pale dad who wanted to be with his daughter (and get his anger out by slaughtering a bunch of gods along the way.)

Now, let's not leave out that post-credits scene where we got a little glimpse of our dude, Hercules (Brett Goldstein,) who's known to have a pretty speckled past with Thor. As we spent quite a bit of time getting to know the various gods in Thor: Love and Thunder (shout out to Bao, God of Dumplings) and with the mention of Hercules, son of Zeus, my assumption is that the next Thor installation will be even more heavily influenced by Greek mythology.

All in all, Thor: Love and Thunder was a blast to watch. Maybe there were a few too many forced jokes that could've been left out, but overall, the film definitely did its job in doubling down on who Thor really is: an overly-emotional, fantastic hair-bearing, wickedly strong, Guns N' Roses-listening Viking-God who will literally go to the ends of the galaxy to save the people he holds closest.