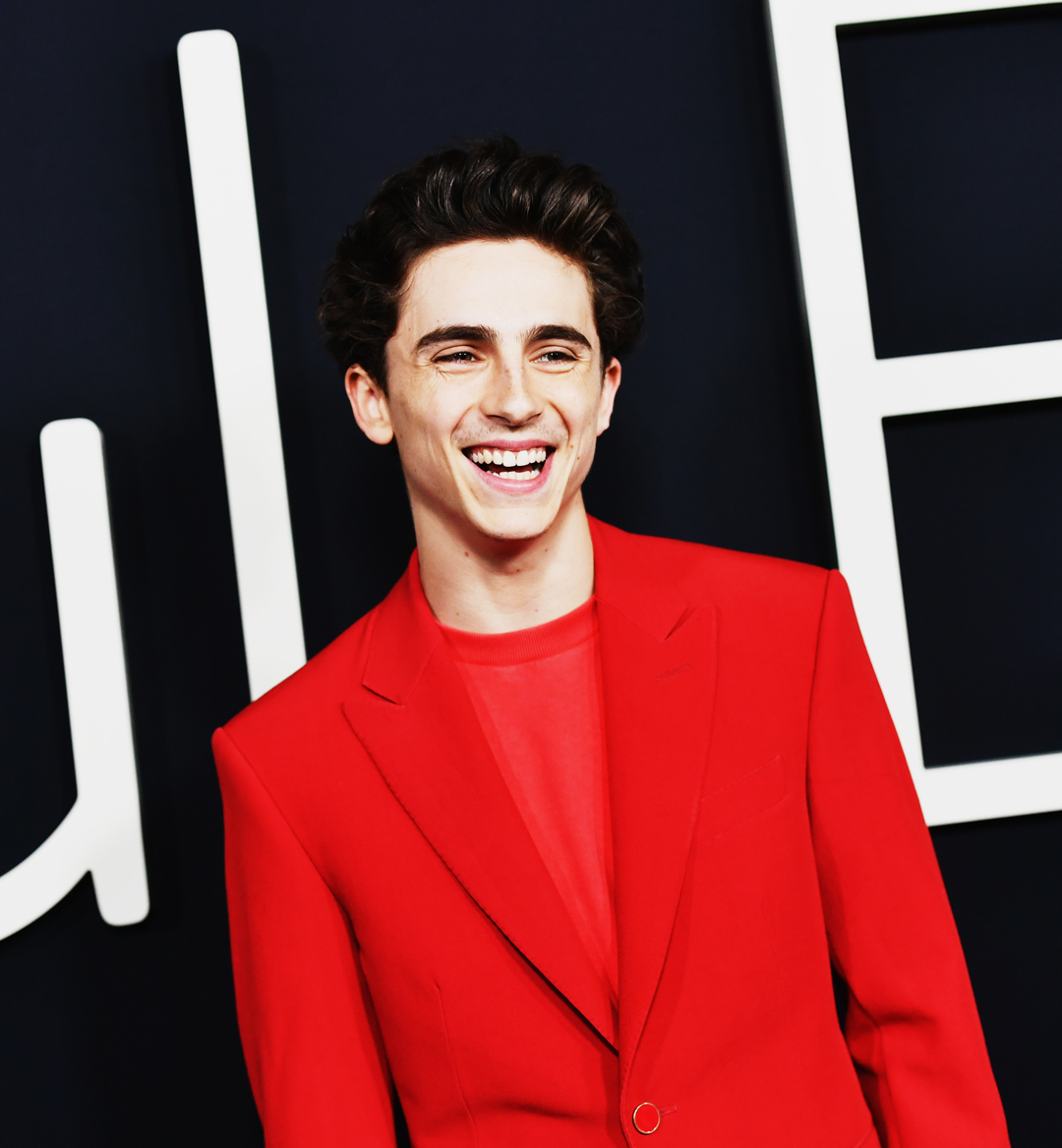 Somewhere, something has shifted. People are starting to notice the vice-like constraints that masculinity imposes upon the impressionable male psyche. Being a man these days is tough, man. Just ask the misguided mom whose “This is MY son” tweet went hilariously viral and was parodied to great effect. But slowly chipping away at the edges of a toxic patriarchy are a slew of teen pin-ups.

Recently, two of the biggest names in teendom, who wield a following of 26.6 million on Instagram combined, talked over the phone. Pop star Harry Styles and actor Timothée Chalamet—tethered to the line like mutual admirers genuinely curious about how the other navigates fame and attention—discussed a topic that essentially never comes up in conversation between two cis men: Masculinity.

“Thinking about where the world’s at today, do you feel a responsibility as an actor to represent a new form of masculinity on screen?” Styles asked.

“I would be so thrilled to know that the roles I’m playing are instigating change in some way,” Chalamet intelligently replied. “I want to say you can be whatever you want to be. There isn’t a specific notion, or jean size, or muscle shirt, or affectation, or eyebrow raise, or dissolution, or drug use that you have to take part in to be masculine. It’s exciting. It’s a brave new world. Maybe it’s because of social media, maybe it’s because of who the fuck knows what, but there’s a real excitement from our generation about doing things in a new way…”

timothée chalamet and harry styles are here deconstructing masculinity and i guess i'm supposed to just...go on living? like everything is fine??? pic.twitter.com/7RSka6GkQp

me: the celebrity-on-celebrity Q&A is self-congratulatory trash wasting magazine pages where a real interview should be

also me: I would read Harry Styles and Timothée Chalamet talking about masculinity and vulnerability for the rest of my dayshttps://t.co/FgjW3c7Rvp pic.twitter.com/9TReayzQah

That two celestial bodies casting umbrage over the rest of teen culture can express their thoughts about modern masculinity so effortlessly means that something is shifting. In the wider landscape of culture, how men see themselves and talk about gender roles is rarely addressed. Chalamet and Styles are dismantling the patriarchy simply by being bromantic and vulnerable. Even in his clothing choices—flowy trousers and sparkly suits—Styles asserts a DGAF attitude towards prescribed butch sartorial codes. Moreover, the act of openly discussing what masculinity means now without getting shushed is just plain cool. The benchmark against which men are beginning to measure themselves is dissolving.

Perhaps these two young heartthrobs, especially, appeal to a predominantly female demo. Are any guys paying attention? It remains to be seen. Still, there are other dudes well within the goalposts of mainstream media who have spoken out about toxic masculinity, which gives promise that the fans who follow them may begin to question how they behave. Kit Harington, best known as defender of The Wall and “knowing nothing” in HBO’s Game of Thrones, took a scrutinizing pass at how noxious machismo has flourished. “I feel personally, quite strongly, at the moment—where have we gone wrong with masculinity?” he told The Sunday Times. “What have we been teaching men when they're growing up, in terms of the problem we see now? What's innate and what's taught? What is taught on TV, and in the streets, that makes young boys feel they have to be this certain side of being a man? I think that's really one of the big questions in our time—how do we change that? Because clearly something has gone wrong for young men.”

Anecdotally, in the wake of the #MeToo movement, it seems as though more and more men are checking themselves before they wreck themselves. Unsurprisingly, conforming to norms of masculinity results in poorer mental health. One study done in 2016 by the Indiana University of Bloomington synthesized findings from 114 studies and papers that have explored toxic masculinity, specifically looking at the correlation between standards of masculinity and mental health. “In general, individuals who conformed strongly to masculine norms tended to have poorer mental health and less favorable attitudes toward seeking psychological help,” it found.

Instead of the regular bastions of chauvinism—Fight Club, Ed Hardy, anything Andrew Dice Clay—pop culture’s sausage factory is pushing out some high quality shit as of late. Love, Simon, The Chilling Adventures of Sabrina and even Jamie Fraser in Outlander has some clarifying moments where he realizes that women have feelings (see season 1 episode “The Reckoning”). Also, To All The Boys I’ve Loved Before, starring, ugh, I hate to say this: the internet’s boyfriend, Noah Centineo.

“I think there's been this whole image of masculinity that's been out in society—of brooding, brutish, egotistical, narcissistic men, like, this patriarchy,” Centineo told Teen Vogue. “To All The Boys is one film amongst a couple other romantic comedies through the decades that promotes... I don't know what they're calling it. A modern man? A man that's more emotionally accessible and available, and willing to communicate and actually care and nurture. And I think maybe that's why people really connect with both these characters.”

These young guns are leading the charge in redefining gender norms, and it’s truly inspiring. Ross Lynch, Sabrina’s boyfriend Harvey in The Chilling Adventures of Sabrina, told Glamour: “We should be past these times of this toxic masculinity. It should be way more fluid as far as how males and females interact." Add Mid90s star Lucas Hedges, who believes in "the idea that vulnerability can be at the centerpiece of what masculinity is in its most beautiful moments.”

We may still be a way off from dudes crying on each other’s shoulders and divulging their deepest emotions over a bottle of craft beer, but hope remains that after American cheese, Buffalo Wild Wings and golf, millennials can kill one last thing: Toxic masculinity.