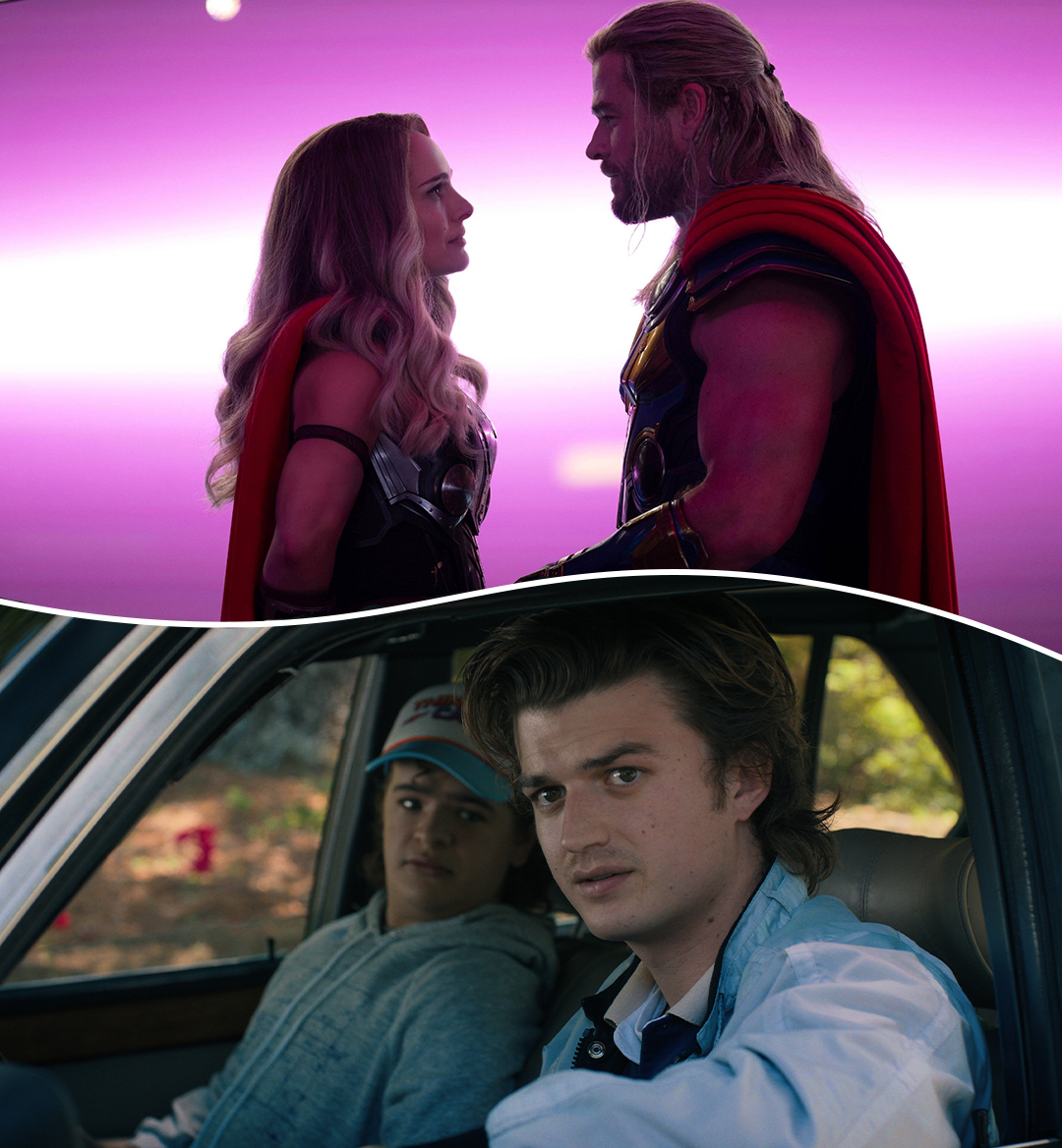 The beach is overrated.

Anyway, my point here is that there's a whole lot more to do this summer than just roast on the sand. We've rounded up 12 of the best TV shows and movies to catch this July when you're not flapping around in the ocean, dripping ice cream on your shoelaces, or burning your thighs on an extremely hot bench.

...and we're back! It's only been five weeks since Season 4, Volume 1 of Stranger Things was released, but given how things ended, it's been a tough five weeks to wait. With quite a bit up in the air following the end of Volume 1, we've got a lot of ground to cover with the two episodes coming our way.

In The Terminal List, Chris Pratt plays James Reece, a Navy SEAL who returns home after his platoon is attacked, questioning how responsible he was for the ambush to occur. When more evidence from the attack is revealed, it leads Reece down an extreme mental journey within himself.

Where to Watch: Prime Video

One of the most anticipated movies of the summer, Thor: Love and Thunder is finally making its way to theaters, and some are already saying that it's better than Thor: Ragnarok. Impossible, right? This Thor film is all about the namesake character's quest for tranquility, though he ends up having to balance that when Gorr the God Butcher (Bale) comes out of the woodwork.

AppleTV+'s newest series, Black Bird, is based on the book, In With The Devil: A Fallen Hero, A Serial Killer, and A Dangerous Bargain for Redemption. Egerton plays Jimmy Keene, a police officer's son who is given a major choice: serve 10 years in a minimum-security prison with no parole or serve his 10 years in a maximum-security prison for criminally insane people.

Where to Watch: AppleTV+

Better Call Saul is finally (and sadly) coming to a close this July, with the second part of Season 6 airing in just a few weeks, serving as a final wrap-up for the extraordinary run it's had since its premiere in 2015.

Where to Watch: AMC and AMC+

Based on the insanely best-selling book of the same name by Delia Owens, Where the Crawdads Sing is getting its Hollywood treatment in mid-July with a film rendition of the novel. Daisy Edgar-Jones stars as Catherine "Kya" Clark, a young girl who lives in the marshes of North Carolina and later finds herself at the center of a murder trial.

A Netflix original movie, The Gray Man is being brought to us by Anthony and John Russo, the two brothers responsible for directing quite a few Marvel films, including Captain America: Civil War and Avengers: Endgame. With that kind of resume, there are definitely high expectations for this film, which follows a mercenary who—after exposing a slew of classified information—is being tracked by his old colleague.

With Season 1 of the American Horror Story spinoff under its belt, Ryan Murphy is back with the second season of American Horror Stories. We've got a (mostly) new cast this season with both new and old faces, though it's not completely clear what the story this time around will be (is it ever clear, though?). From the looks of it, it has something to do with multiple rooms in a house and dolls (as if that helps at all).

Who's in It: Dominique Jackson, Judith Light, Bella Thorne

Where to Watch: FX/Hulu

Jordan Peele's newest horror flick is dropping this month, as Nope follows two siblings who own a ranch and start to notice odd things occurring in their fairly remote town. Horror combines with science fiction in this genre-defying film, as unidentified flying objects are incorporated, along with a mysterious force that seemingly rips through the air and lifts people up.

Two years in the making, we're finally getting Season 3 of Harley Quinn, which turned out to be a major hit on HBO Max both before and especially during the pandemic. Kaley Cuoco stars as the voice of the eponymous character with a majorly stacked cast who keep the laughs going in this dark animated comedy.

Where to Watch: HBO Max

In his debut as a feature director, B.J. Novak brings us Vengeance, a dark comedy about Ben Manalowitz (Novak), who heads down to Texas to investigate the murder of a woman he was casually dating. Oh, and he's also looking to turn the story into a true-crime podcast.

see in theaters
Slide 1 of 3
Did you like this article?