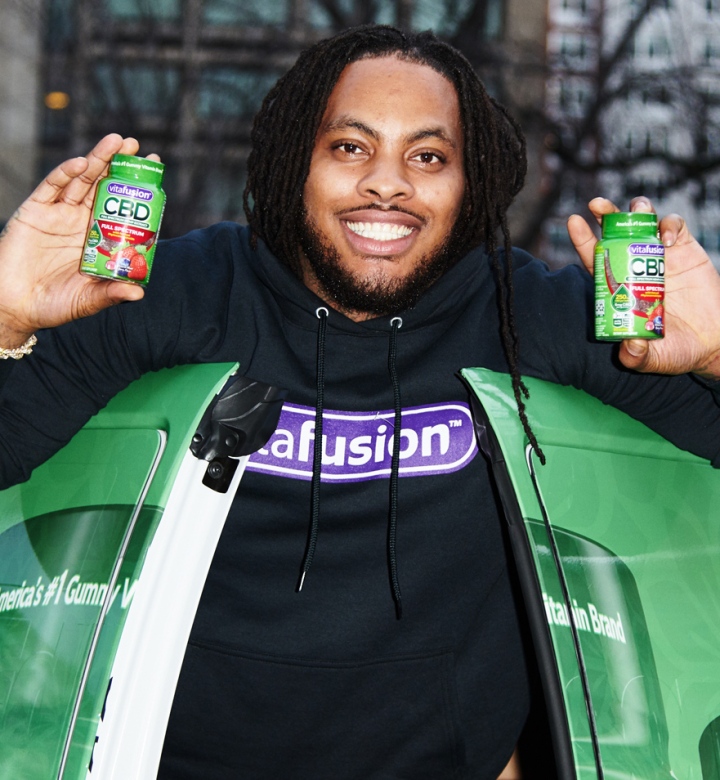 Waka Flocka Flame can probably out-smoke you, but now he wants to heal you. Waka has offered a $50,000 salary for a personal cannabis roller; he has had his own strain of cannabis for more than four years. He’s now expanding his cannabinoid palette beyond traditional cannabis to CBD.

Last week, the MC who once rapped, “All I know is smoke weed, rob, steal and sell dope,” hosted an event at The 420: A CBD Store in the SoHo neighborhood of New York City, celebrating multivitamin company Vitafusion’s entrance into CBD with the company’s first CBD Full Spectrum Hemp Extract gummies. Over the last few years, CBD has gone from a relatively unknown medicine to one of the trendiest, being placed in lotions and face creams, and food chains like Carl’s Jr. testing CBD-infused hamburgers.

Waka spoke with ONE37pm at the event about how his future in cannabis won’t be just selling weed, the healing applications of CBD and what cannabis legalization means for him and his past.

CBD is primarily used to relax your body without getting you high, so its commercial adoption is booming but also complicated. The CBD market in the United States is expected to reach $20 billion in sales by 2024 even though it isn’t able to be sold on the biggest marketplaces such as Amazon, whose policy explicitly prevents the sale of CBD products. Investigations have proven companies have circumvented that rule on Amazon. For Waka, CBD is an unavoidable part of the future and one people need to educate themselves on to remove restrictive stigmas.

“With Vitafusion and CBD in general, the full spectrum hemp extraction used in is amazing,” Flocka said. “I’m accepting the new, but I’m understanding what’s the education behind it. I recommend everyone get an understanding of CBD because it’s a beautiful thing.”

Hip-hop is one of the biggest driving forces in the popularity of cannabis. J. Cole’s Dreamville Festival allowed Oak City Hemp to sell CBD flowers and pre-rolled joints to ticket-holders. At the Vitafusion launch, attendees were given free bottles of the CBD gummies and got a chance to hang out with Waka while devouring the calming medicine. Little did they know Waka’s history with CBD is deeper than ingesting gummies.

“Two of my nephews were wrestling and one of them fell on their leg and hit their bone. I gave him a little oil on his tongue and rubbed some on his foot and [the pain was] gone,” he said.” 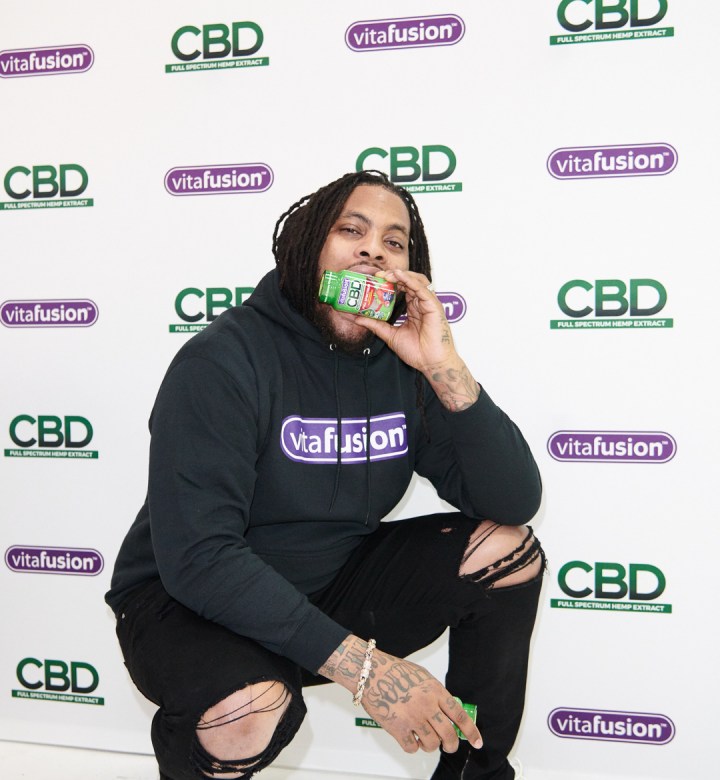 With a storefront referencing “420” and brandishing an image of the cannabis leaf in the same heavily policed, highly affluent SoHo neighborhood,  Adidas and Best Buy are both a sign of progress and a slap in the face to millions of African Americans with low-level cannabis offenses. Some states are working to help individuals expunge their records of those offenses because reckoning with growing an entire industry on the suffering of Black lives soiled by unjust incarcerations is inescapable.

Waka has had his own run-ins with the law over cannabis in his early years of stardom and knows people who would directly benefit from these sorts of expungement initiatives. When asked about this matter, he is quick to recount his own experiences of falling prey to old cannabis laws.

“I was a kid that got caught with under an ounce of marijuana because I was smoking it. I got a charge and I was on probation for that. I was young, like in my teens. My mother got on me for that too,” Waka said.

Times have certainly changed in the 15 to 20 years since teenage Waka was placed in handcuffs for smoking cannabis. Now, for more than four years,  Flocka has had his own strain, Flockaveli OG, created in collaboration with California-based extraction company Crown Extracts and bongs with Honey Supply glassware. He also attests that AK-47 and his own Flockaveli OG are the cannabis strains that have helped him create some of his biggest hits. For him, cannabis helps him “channel everything out and channel into what I want to do.” But, just because he smokes a lot doesn’t mean he considers himself a cannabis snob.

“I like all of it. I like what the call ‘mid.’ I like stuff that has seeds in it. I don’t care. I just love the experience. I’m not the connoisseur for names,” he said.

The Future Beyond Cannabis

With cannabis legalization beginning to sweep the nation, including parts of Waka’s home state of Georgia decriminalizing cannabis possession, you’d think he is ready to start flooding the market with his own strains of cannabis. You’d be sorely mistaken. “That’s kind of corny to be like, ‘Yo, I sell weed,’” he said when asked about his future plans for cannabis. “As a kid, I grew up with marijuana and selling marijuana because I didn’t have any money. I want to go deeper than that.”

For Waka, going deeper than selling marijuana means working with hemp. Hemp is a different variety of the cannabis plant, but it contains minuscule amounts of THC and won’t get you high. However, hemp is one of the most versatile plants in human history with the North American Industrial Hemp Council estimating that hemp can be used to make 25,000 products. That’s why Waka sees hip-hop’s relationship with cannabis to go beyond smoking and selling what gets you high.

“It can be bigger than this,” he said. “I want to be more on the hemp side. I want to learn how to be able to build houses, clothes and things of that nature using hemp.”

Today it’s Vitafusion CBD gummies. Tomorrow, you may be wearing a Waka Flocka T-shirt made from a close cousin of the same plant that has helped him make hits, placed him in handcuffs and got all of us high.