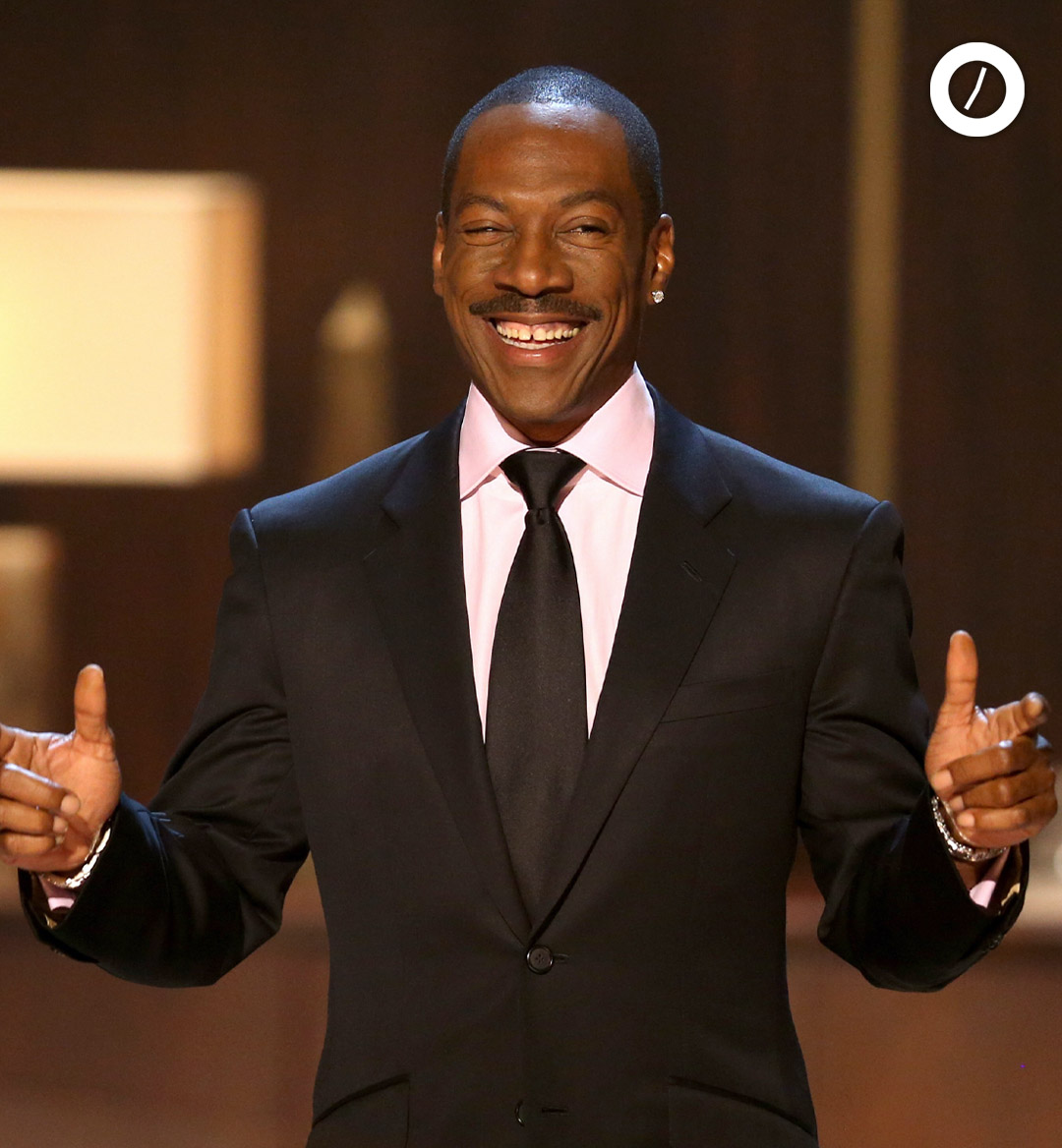 From doing stand up comedy, to creating some of the best movies of all-time, Eddie Murphy is a generational talent. Considered to be one of the best comedians of all-time, Murphy has never been one to put himself in a box. Over the decades, we’ve seen the comedian expand into acting, singing, producing, and directing. His movies have grossed over $6 billion at the box office, and a smooth $200 million in his overall net worth.

Eddie Murphy first hit the scene as a teenager performing in comedy clubs across New York. Those gigs eventually landed him a spot on SNL, ushering in an iconic era in the show's history. From there, Murphy landed his first role in the film 48 Hrs and what followed was an unprecedented period of dominance, that in turn increased Murphy’s net worth. 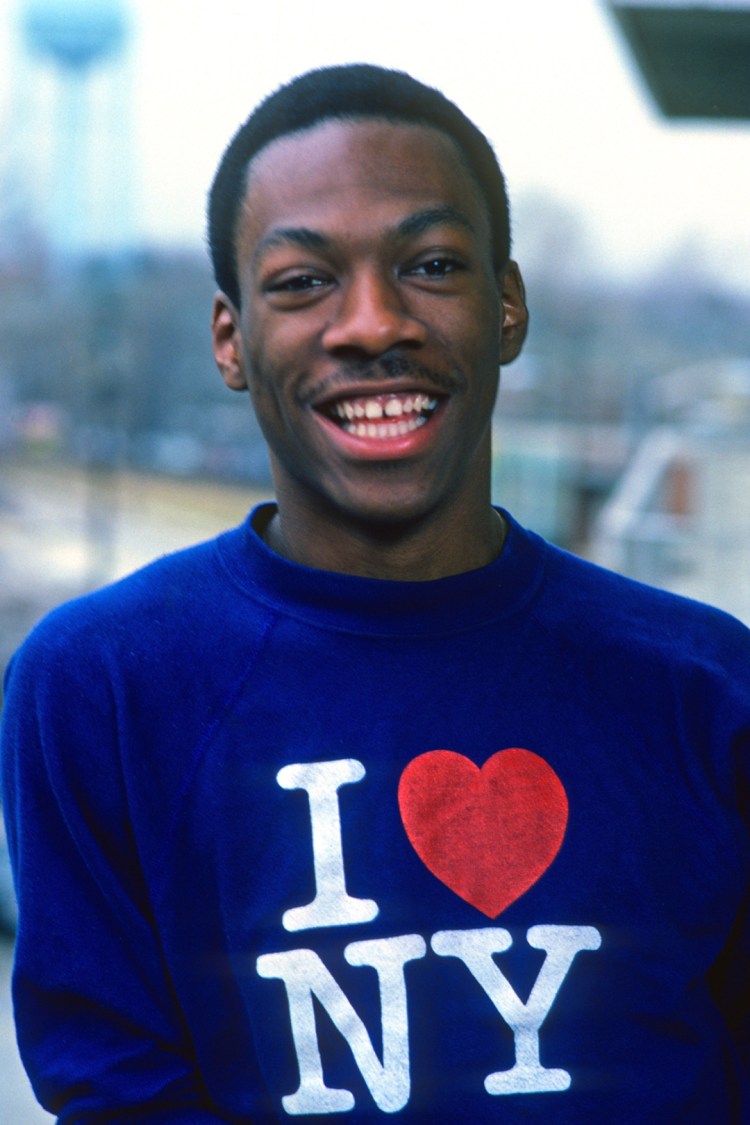 The success of the films 48 Hrs and Trading Places earned Eddie Murphy a pay raise from SNL. The actor began earning $30,000 per episode bringing him to a $1.1 million salary (his previous salary was $4,500 per episode). From there, Murphy began starring in a variety of 1980s classics such as Beverly Hills Cop, and its sequel Beverly Hills Cop II. The first installment became the highest-grossing comedy of all time, netting $230 million. The follow up was equally successful, with a worldwide gross of $300 million.

In addition to his box office success, Murphy also crossed over into the music scene. Prior to SNL, the actor also worked as a background vocalist for different artists in the early 1980s. With newfound stardom, Murphy took a small break from acting to hit the recording studio.

In 1985, the actor turned singer released his debut album How Could It Be. While the album was a moderate success commercially, it spawned the monster hit “Party All The Time.” The song reached number two in the United States proving the actor's diversity, and contributing to his net worth.

Murphy closed the 1980s with the hit film Coming to America. Despite initial negative reviews from critics, the movie was both a domestic and international success with a number one debut at the box office. Coming to America pulled in $21 million on its opening day, and wound up grossing almost $300 million worldwide. 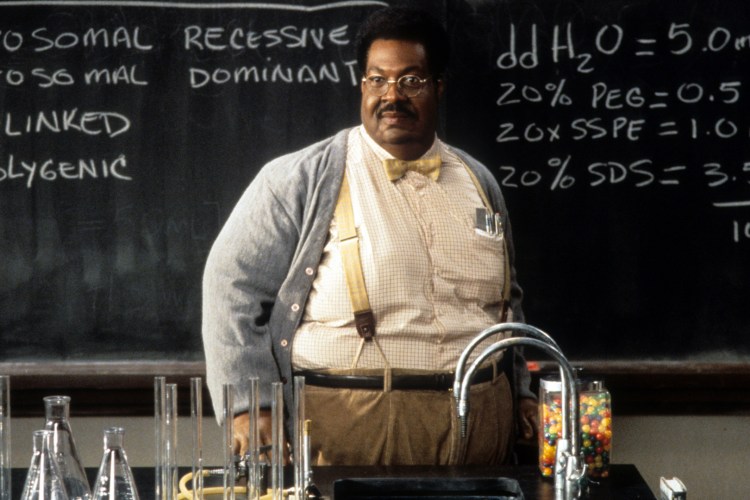 The 1990s was a transitional period for Eddie Murphy. The early 90s saw a decline in the huge success the actor had previously seen in the 1980s. While films like The Nutty Professor experienced box office success, Murphy made the lucrative decision to transition to more “family-friendly” films.

This began with the release of the animated movie Mulan where Murphy voiced the dragon character Mushu. Mulan went on to gross over $120 million in the United States. In September of 2017, Netflix added the film to its streaming services, and as of 2020, Mulan can be found on Hulu, and Disney + (giving Murphy residual earnings). The Nutty Professor also proved to be a turning point in the actor's career.

Recognizing the value of these family-friendly films, Murphy began starring in more. While the transition alienated the people who had originally become fans because of his more explicit content, it didn’t alienate the money from his bank account. Murphy was paid $20 million for his roles in Dr. Dolittle, The Adventures of Pluto Nash, and The Nutty Professor II. Because of the success of its predecessor, the actor was able to command twenty percent of The Nutty Professor II. By the end of the 90s, Eddie Murphy was worth close to $100 million.

The 2000s saw a continuation of the career change Eddie Murphy began in the late 90s. Surely nobody could have ever imagined in the 80s and early 90s that one of Murphy’s biggest roles would be the role of a donkey, but that’s exactly what happened in 2001 when the actor kicked off the new decade with Shrek, one of the most successful animated film franchises of all-time. Part of what’s set Murphy apart from his peers is his ability to go against the norm, and the latter part of his career has certainly rewarded him.

Murphy was initially paid $3 million for the first Shrek movie, however, after the film's huge success, the actor was able to command $10 million for the sequel, making him one of the highest-paid voice actors in Hollywood. The Dr. Dolittle sequel released that same year, netted him $20 million, as well as the film The Adventures of Pluto Nash.

In 2006, Murphy went back to his musical roots in the film Dreamgirls. The movie earned over $150 million at the International box office. 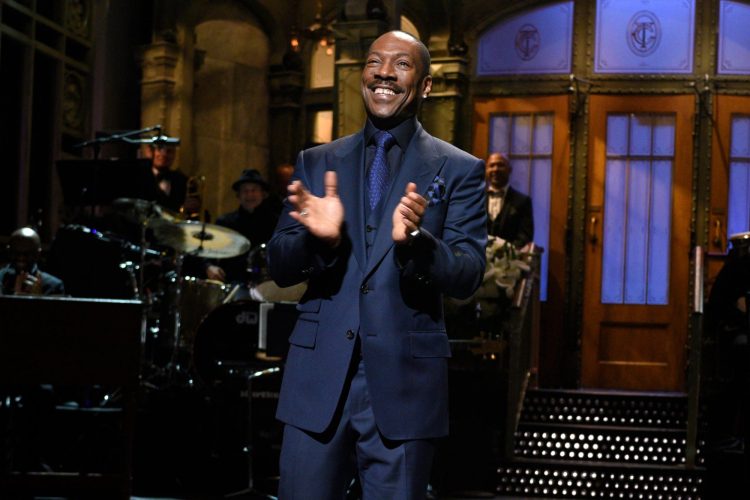 The latter part of the 2000s and 2010s saw Murphy relatively quiet compared to earlier decades. The actor only appeared in four films during the 2010s, and those films were mostly met with mixed reviews. 2019, however, saw the actor with yet another career resurgence when he starred in the Netflix film Dolemite Is My Name. The movie received positive reviews and landed him a Golden Globe nomination for Best Actor.

The success of Dolemite led the icon to a return on SNL where fellow comedians Dave Chapelle, Chris Rock, Kenan Thompson, and Tracy Morgan joined him. The episode was the most-watched episode on SNL since 2008 when comedian Tina Fey played Sarah Palin.

While Murphy’s salaries for both SNL and Dolemite are unknown, both are rumored to be a part of a larger deal that Murphy is working on with Netflix. While the terms of the deal haven’t been officially announced, the contract will supposedly pay the actor $70 million to host a stand-up comedy special and star in films.

While Covid-19 has delayed the production of these projects, the fact that Eddie Murphy has the power to command that type of money forty years into his professional career speaks volumes. Make no mistake, Eddie Murphy is still highly sought after, and this new deal will be sure to increase his net worth even more in the 2020s.