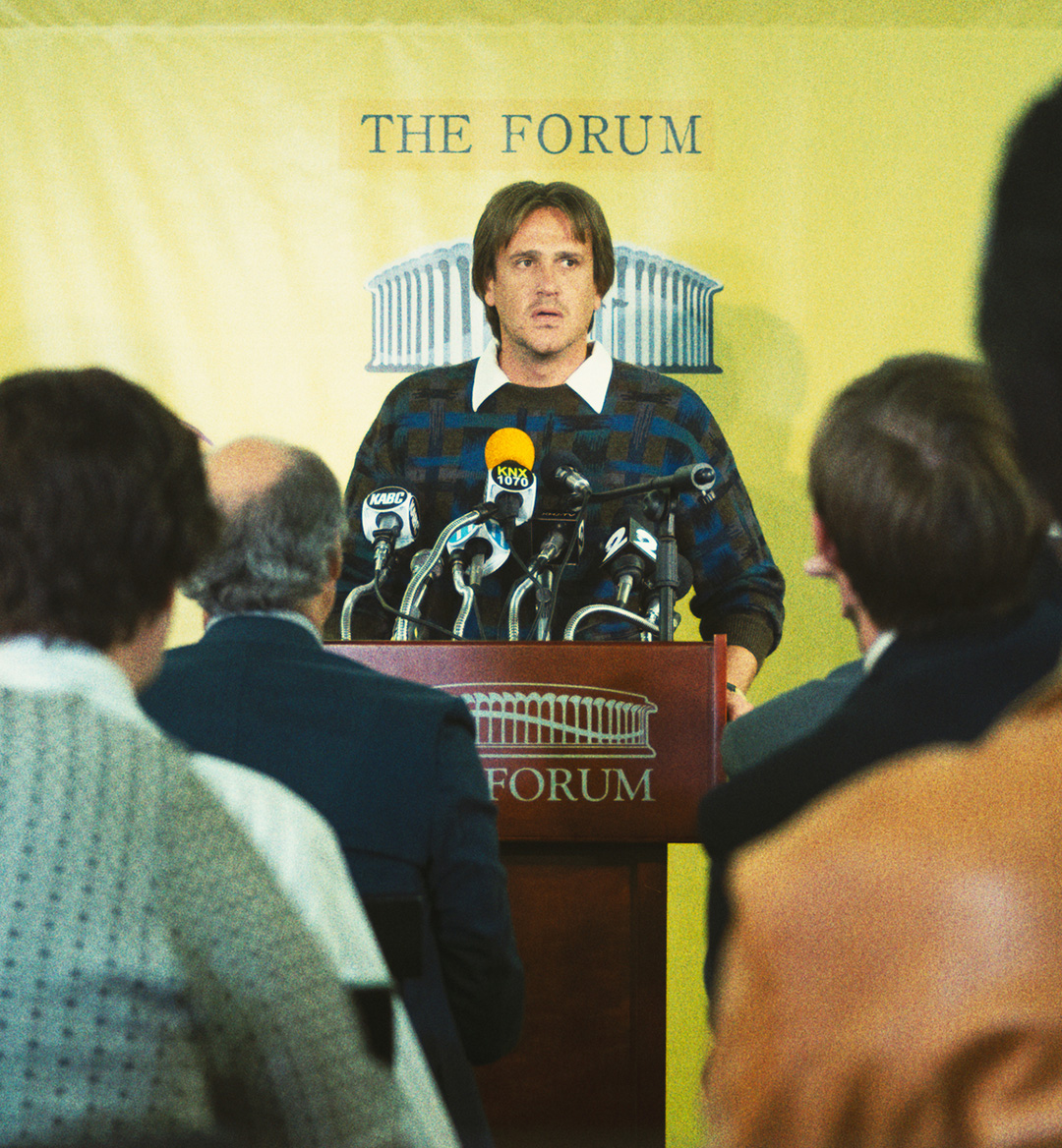 I'm still not recovered from what happened on last week's episode of Winning Time with regard to Jack McKinney's bicycle accident, but the Lakers still have to forge ahead.

Paul Westhead stops by the training office to look for McKinney, but he finds Pat Riley instead, who's chilling in Jack's office. Neither of them has heard from him, but they don't assume much and decide to chug down some tequila to pass the time. However, they suddenly get a call from his wife, Cran (Julianne Nicholson), telling them to come to the hospital as Jack is in the ICU.

At the ICU, Westhead is shocked to see the state that McKinney is in, as he's in terrible shape and is intubated. The doctor comes in and highlights how much brain inflammation there is, but Westhead's main statement to the doctor is that McKinney needs to be up and walking again—there will be no "quality of life" decisions made.

We cut to Magic Johnson, who's being approached by quite a few sneaker companies to make a deal, including Puma, Adidas, and Converse. Afterward, Phil Knight (co-founder of Nike) introduces himself to Magic, and he makes a compelling argument for Nike, as they're coming out with a lighter and faster shoe. He pitches Magic the "Nike Magic," an entirely new line of shoes featuring his name. The only catch—he's offering a dollar for every pair sold plus $100,000 in stock options; that's very minimal compared to the $80,000 per year he's being offered with other companies. 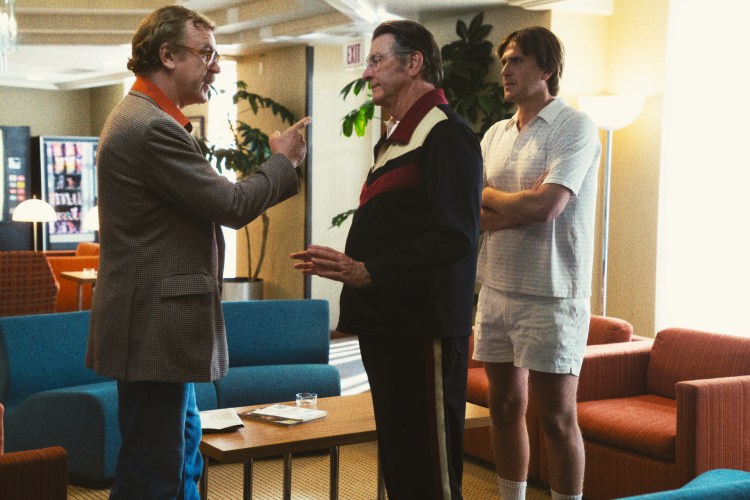 We switch over to Jerry Buss living it up at the Beverly Hills Hotel, without a care in the world and not knowing what's going on with McKinney. Buss meets with Great Western Bank about a payment plan for the team, yet instead of paying, he's looking to make a different deal: for them to become the official banking partner of the Lakers. While it seems like they've got the bank to agree, Buss and Frank Mariani are met with another issue: the food and beverage vendors were never paid, which means they don't have anything for the game.

Elsewhere, Magic is meeting with Dr. Thomas Day to decide what he wants out of his life in order to manage him business-wise. He offers a few suggestions, one being to be smarter with the women he decides to associate himself with—except that's excluding his daughter, Cindy, who has taken a liking to Magic.

Buss goes over to his mother's to check in on how things are going, only to find her main room filled with papers flying around because she left the windows open to air out "the smell of death." Jeanie was there, as well, attempting to mitigate the situation, though it was no use. It turns out that his mother was the one who sent faulty checks to pay the vendors, having used an account that was closed out five years before. Oh, and it also turns out that she never filed the paperwork for the transfer of ownership from Buss to his ex-wife. Oopsie. It's clear that his mother is suffering from memory loss, which Buss only makes worse by getting angrier and angrier at her.

Finally, Buss gets a call alerting him about the situation with McKinney and promptly takes off. McKinney is having surgery done while Buss, Westhead, and Sharman wait outside for news: the surgery was more major than they anticipated, and it's now abundantly clear (as if it wasn't already) that McKinney will not be coaching the game the next day. They collectively decide not to tell anyone about the specifics and put Westhead in as coach. 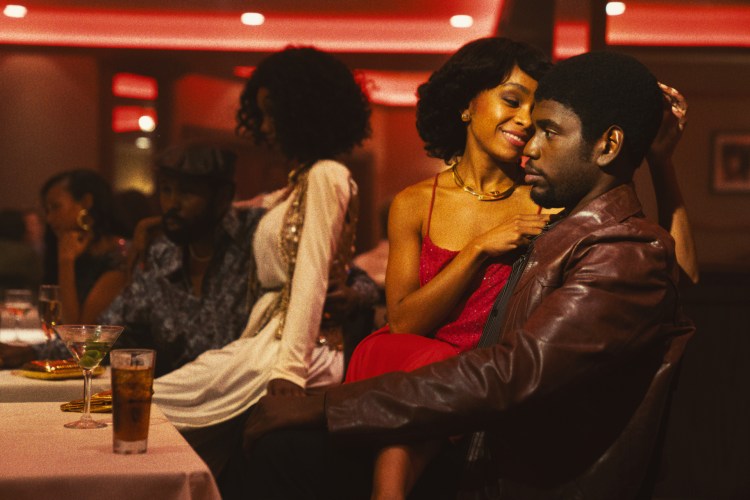 It's the day of the big game, and Frank is having to psych Buss up, who feels that he's completely cursed because of everything going on in his life. At the Forum Club, Magic and the other players are getting pumped up for the game, though he gets a bit of a rude awakening when Dr. Day tells him that other people are just using him for his fame.

Later on, Cindy comes up to Magic and starts inserting herself into his conversation with Buss and others, which makes him feel like Day and her father are just after him for his own fame. It becomes a pretty explosive fight, with Magic finally telling her to leave him alone. However, they end up making up shortly afterward. Back inside the Forum Club, one of the bankers finally makes Buss an offer, and it's exactly what Buss wanted: a six-month extension.

Jerry West is tasked with walking Westhead through the coaching and media process, especially since there are going to be tons of questions about McKinney. He ends up doing well at the press conference at first, though things quickly slip out of his hands as he starts babbling off a Shakespeare quote. 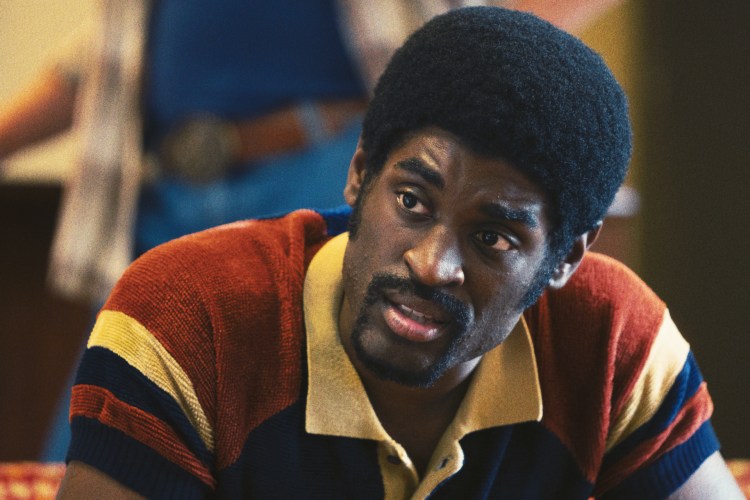 The team heads over to the hospital to visit McKinney, though Westhead doesn't have them directly visit him. Cindy stops by with a massive basket of flowers and with regards from Magic, who can't be there because he's securing a shoe deal with Converse. The screen then cuts to Nike's worth today, and Magic had a missed opportunity of $5.2 billion by signing on with Converse instead of them. Oof.

Buss is visiting his mother, where he has sent a doctor to come check her out. Though the doctor isn't extremely worried, he wants her to get checked out further, as she's extremely weak. His mother thinks that she's dying, though Buss either isn't convinced of it or doesn't want to believe it.

Game night approaches, and as crowds of people head into The Forum, Westhead waits in his car to gather himself before stepping inside. He gives a speech to the team and recounts Shakespeare again, also announcing that Cooper will be taking over Haywood's spot for the game. In the locker room, the other players give Magic a hard time for not showing up to the hospital and having Cindy bring flowers. He confronts her about it and brings the whole situation up to her father, who feels that even though the two might not work out as a couple, he doesn't want Magic to stop working with him in business.

At the hospital, McKinney's wife, Cran, notices that he's not breathing, though he's able to be brought back somehow. He eventually slightly wakes up and calls for Westhead, who immediately show up, and McKinney tells him to "go big against Thompson," who's playing for Denver against the Lakers. However, it turns out that that game was two weeks prior.

Dr. Day visits Cookie and delivers her tickets to the Lakers, who are playing in Detroit soon; he adds that Magic specifically wants her to be there. Cookie tells him that she'll think about it, though it's clear by her slight smile at the end that she'll definitely be going.

While this episode didn't pack quite the same "oomph" factor as last week's, it was definitely a necessary slate-cleaning as basically everything was up in the air team-wise. I thought McKinney was really shaking things up, but it's seeming like Westhead is taking that major step forward, especially with the Cooper-Haywood switcheroo. There are likely to be some major ramifications from that move, either directed towards Westhead himself or to Cooper.

Honestly, right now I'm really just hoping that Sally Field's character pulls through because we need more of her. Ridding her place of "the smell of death"? Iconic.