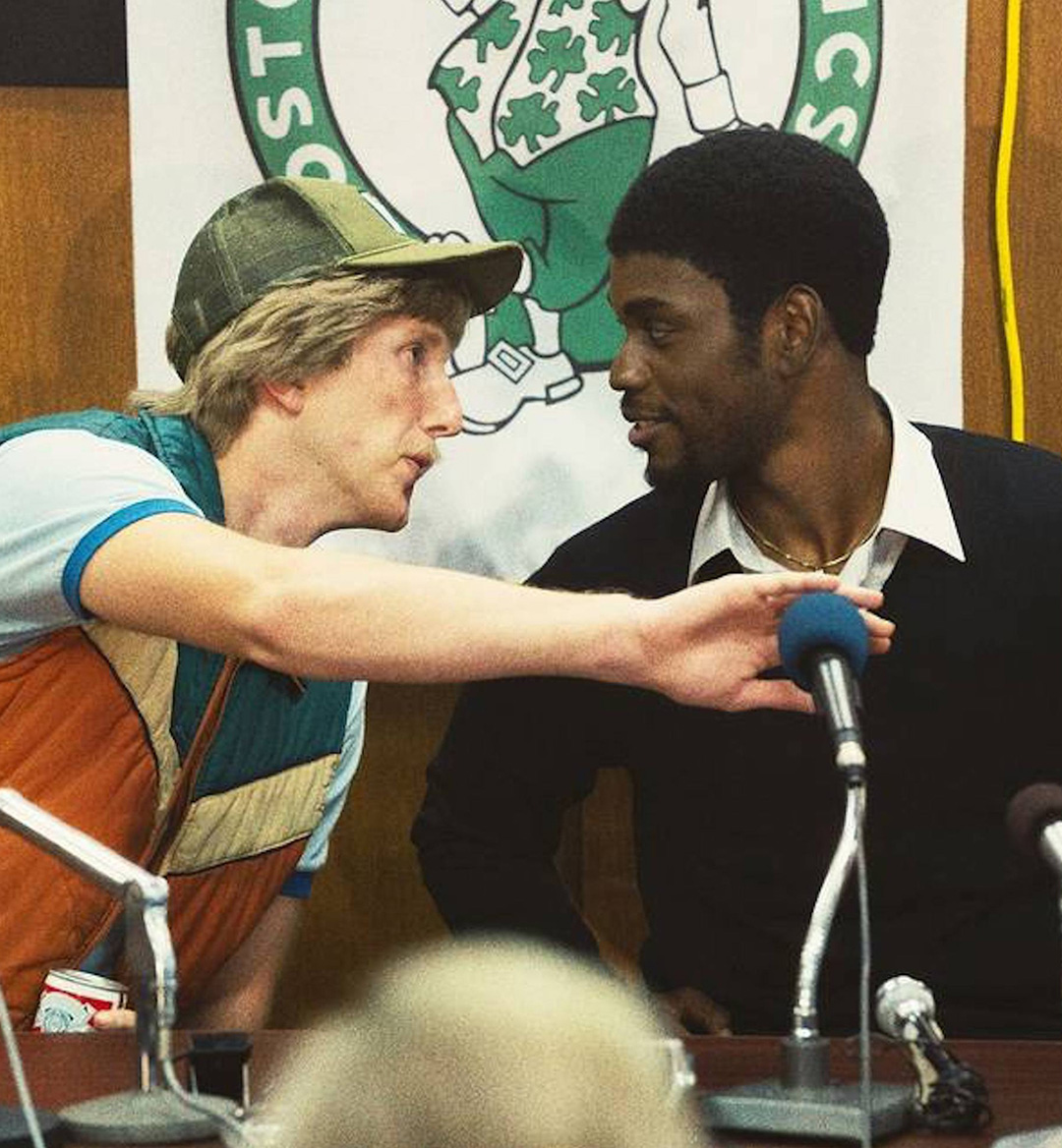 Episode 7 of Winning Time leads us through a major coaching shake-up as Paul Westhead takes the helm of the Lakers ship while Jack McKinney still lies in the hospital.

Jerry Buss is comparing his current situation with the Lakers to Monopoly, highlighting how the game is different from others as it has that element of chance: "No matter how good you are at the game, the bad breaks come." We circle through a few specific "chance" cards, including the bank being on Buss' tail, McKinney's bike fall, and Buss' mother being diagnosed with metastatic cancer. After all of these negative cards, Buss feels that he's due for a win.

We're thrown into an extremely close Lakers game, but it seems like the Lakers are overall losing their momentum. It has been six weeks since McKinney's bike fall, the team has hit an impasse, and Westhead isn't always making the best decisions. Jerry West compares Westhead to a substitute teacher, as the players often have to make decisions for themselves instead of being directed. He's pushing for them to hire Elgin Baylor instead of staying with Westhead, though Buss isn't completely sold just yet.

Buss stops by to visit McKinney in the hospital, who's angrily practicing how to tie a shoe in his bed. Though he can't even do that, he tells Buss to bet on him instead of going with another coach. "I'm your guy," McKinney says. "I'm comin' back." He instructs Buss to keep going along with Westhead until the doctors are able to clear him to coach in about one or two months. And after a phone call with McKinney, Westhead wants Pat Riley to take over as assistant coach, as he has been passing him notes from the announcer's box with tips and instructions. After a bit of convincing, Riley finally agrees.

The Lakers hit the road and head off to Indiana, though they end up losing their first game against the Pacers. Afterward, Riley gives Westhead a much-needed pep talk after they overhear Spencer Haywood talking poorly of him. 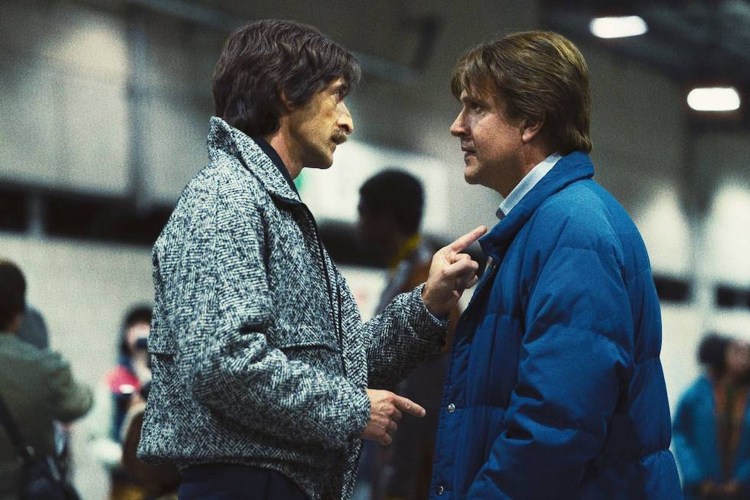 Magic heads back to Michigan for Christmas (and a game) and meets up with Cookie, who isn't so sure about how she feels about him and his image. In Detroit, West is making it pretty obvious that he's on the lookout for Westhead's replacement, though Riley tells him to shake it off. However, he might've gotten into Westhead's mind as the Lakers are beaten fairly badly by the Pistons right after.

Their last shot to prove themselves is against the Boston Celtics and Larry Bird, Magic's rival. Westhead and Riley decide to spend Christmas together and come up with the ultimate game plan as Magic and the team head over to his house in Lansing to celebrate the holiday. Magic and his father have a bit of a fight about how he's doing business; it's clear that his father doesn't approve of Mr. Day handling the business side of his son's career.

Mr. Johnson has a good talk with Kareem Abdul-Jabbar, who asks him if his son was always that happy about everything. Apparently, he has always been like that, unable to be shaken up by America in the same way that Abdul-Jabbar has. They both marvel at that fact and wonder why, but neither of them really has an answer. Abdul-Jabbar then promises Magic's father that he'll look out for his son.

Later on in the night, Rhonda, Cookie's friend, shows up at Magic's Christmas party—without Cookie. When Magic asks where she is, Rhonda simply says that she probably had somewhere else to be.

Riley shaves his mustache at the hotel he's staying at and reminds Westhead of what they need to do to win against the Celtics. Just as he's explaining things, he gets an accidental phone call from Baylor, who's apparently meeting with Buss and will be in Boston shortly. Riley finally understands why West had come along on the road with them—to replace Westhead. He approaches Westhead about this, who apparently knew they were looking to find a replacement but thought they had more time. Riley is rightfully angry about this, as he quit his job as an announcer to join as an assistant coach.

Right before Magic is about to leave his hotel room, Cookie comes by and confronts him about what's going on with the two of them. She admits that she doesn't know where she could fit into his life as everyone else treats him like, well, Magic. Though they're able to reconnect, right after she leaves, another woman walks out of the bathroom, painting a much different picture than the one that he just conveyed to Cookie. 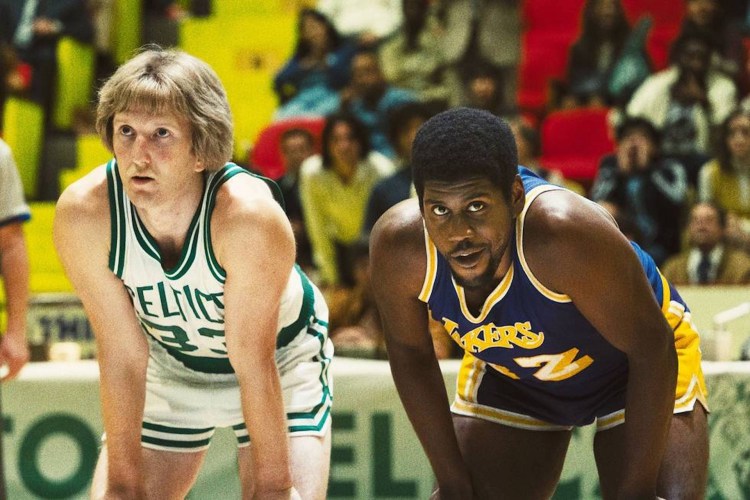 The big game at Boston finally arrives, and Buss and the other higher-ups head over as West directs Buss to hire Baylor. In opposition to that, Buss mentions that McKinney beat him in a game of Monopoly at the hospital, which is his reasoning for not jumping on Baylor just yet.

Before the game, Magic is frustrated with how much Larry Bird is loved even though he barely says anything. Abdul-Jabbar has a serious conversation with him and instructs him to beat Bird that night; even though the crowd may go silent in those moments, it doesn't mean he's invisible. Instead, it gives him power.

The game starts well for the Lakers, but after a slew of uncalled fouls, the Celtics take the lead, as it's clear the refs are pulling for Boston. Riley ends up getting himself ejected from the game after talking smack to the refs, leaving Westhead alone to finish up the game. Finally, as they're down one point in the last seconds,

Michael Cooper gets the ball from Magic and sinks it right at the buzzer, finally bringing in a much-needed win for the team. And immediately following that shot was the very silence that Abdul-Jabbar had been talking about all along.

Upon returning to Los Angeles, Buss visits McKinney, where they discuss that if the team keeps Westhead, they won't be able to pull off a championship title; McKinney agrees. Despite that fact, Buss tells McKinney that they're not done playing just yet.

This episode definitely picked up the pace from last week, as we dove into the changing relationships within the team as their future was up in front of the guillotine. We honed in on Buss and McKinney, Westhead and Riley, Abdul-Jabbar and Magic, as well as Magic and Bird. Aside from the relationship with the latter, each other friendship grew substantially—especially between Abdul-Jabbar and Magic. The two greatly misunderstood each other at first, but after finally learning to appreciate each other's quirks and ways of life, they both saw a greater meaning.

Sure, this show is about the ins and outs of basketball, but as each episode moves along, it's clear that the relationships are the things that actually make the game happen. With Abdul-Jabbar and Magic on opposing ends of things, nothing would have ever gotten done, yet now that they've come to understand one another, there's a distinct flow to the game; the power of acceptance is unmatched—and it's more powerful than any three-pointer or layup.