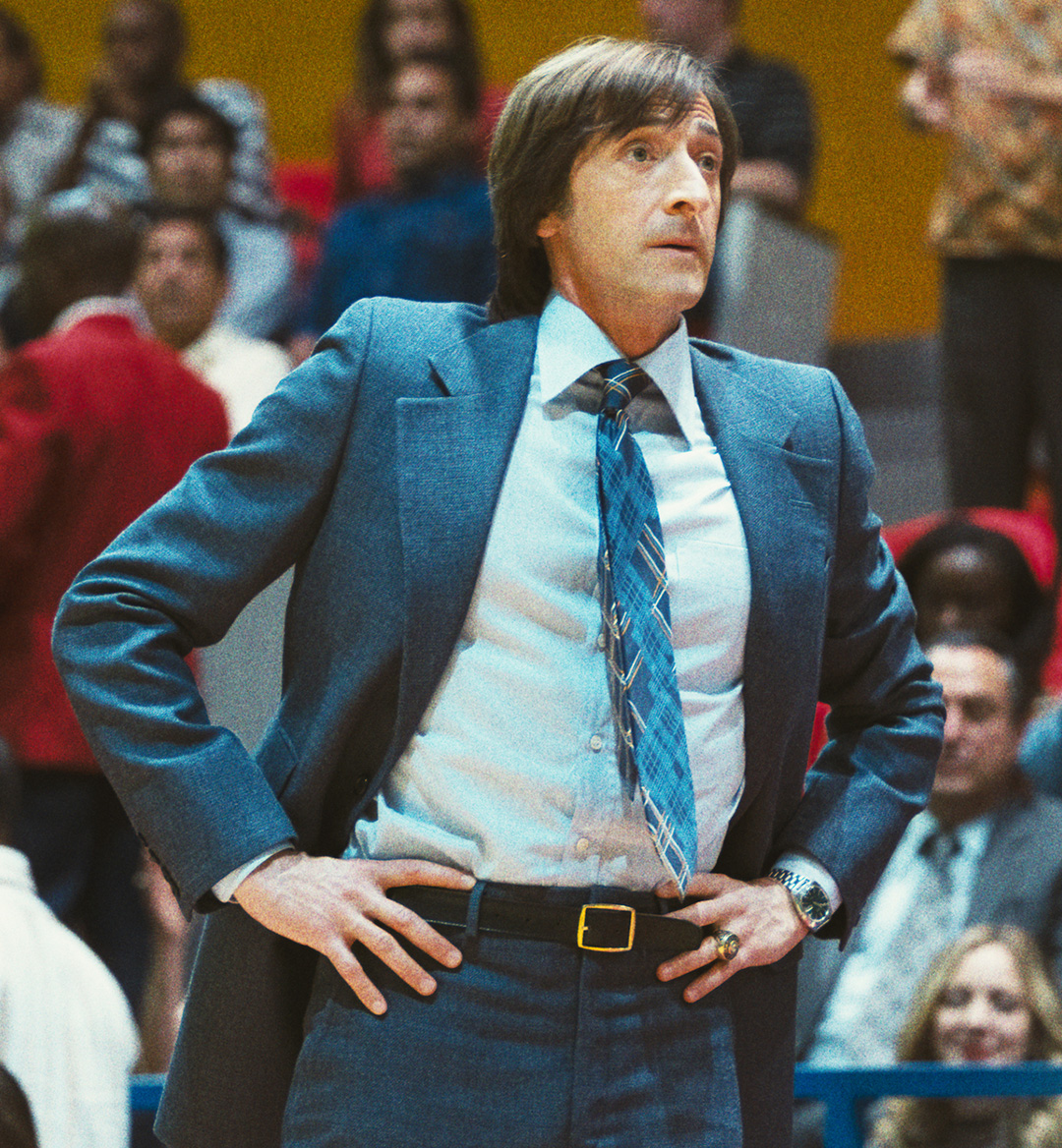 Episode 7 of Winning Time left us off in a bit of confusion as it wasn't totally clear if Jerry Buss would be keeping on Paul Westhead as head coach of the Lakers.

The beginning of this episode starts off with Buss making an apt comparison between him and the first runner to clock in a mile under four minutes, Roger Bannister, who wasn't even a professional runner but was instead a doctor of neurology. Even though it had been deemed that a mile under four minutes couldn't be done, Bannister went ahead and tried it anyway: "The only real limitation wasn't in the body—it was in the mind," Buss said of the accomplishment.

Westhead applauds the team for their current first-place standing and starts to ramble off on a Shakespeare quote when the team hits him with a round of shaving cream in celebration of their wins. Right as this is occurring, our old, battered friend, Jack McKinney, walks in the room, taking just a bit of the attention away from the current scene of chaos.

Afterward, the three coaches have a drink together and it's pretty clear that McKinney feels left out of all the new traditions, especially the one that includes Westhead and Riley counting their number of game wins, excluding the ones that McKinney had made prior to his accident. McKinney starts slamming them for almost all of the decisions that they've been making in his absence, including making Spencer Haywood a bit of a punching bag on the court. Oh, and this all regardless of the fact that the Lakers are number one in their league.

McKinney also drops a tiny tidbit of information on them: he has decided to start traveling with the team in order to prepare for his return to coaching. In addition, he'll be giving Riley the boot once he's back in as head coach, which does not sit well with Westhead. Not only do Riley and him have a good repartee going, but Riley left his commentating gig to take on this job. 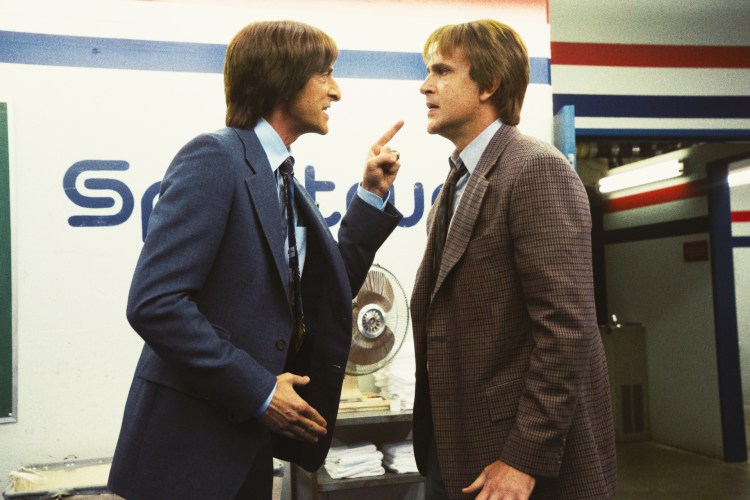 On the family front, Buss' mother, Jessie, divulges to Jeanie that, sure, she's being let out of the hospital because her cancer has been cleared, but that's just the story that's being told. In reality, her cancer has not been cleared and she's very close to death, though she doesn't want Jeanie to let her father know.

At the team watch party for the All-Star Game (which Magic and Kareem are in), McKinney takes Haywood aside and instructs him to kick things up a notch once he's back in the head coaching spot. Having been told a completely different story by Riley a few days before, this notion comes with a fair bit of confusion. Later on, Haywood confronts Riley directly and brings up some possible trade rumors, as McKinney let him quietly know that there was some talk of him being traded off the team.

Riley then brings this information to Westhead, who's feeling like he owes everything to McKinney and that the situation was only ever going to be temporary. However, Riley makes an important point: that McKinney wouldn't even be in the position he is now if it weren't for them making the Lakers the best team in the league. If he doesn't remember, just a little while ago, Buss was ready to throw the whole lot of them off the team and start over with a new staff.

After losing the All-Star Game, Magic is invited to a dinner with Larry Bird and two men from the NBA front office, including future commissioner David Stern. However, when he returns to his hotel room, he encounters Cookie packing her things, as she had been staying with him during the All-Star Game period. Apparently, she found out that Rhonda had slept with Magic when he was in Michigan in the last episode—except that's not the only bombshell: she's also apparently pregnant with his child.

Back on the road and on to the next match, Westhead grabs lunch at a diner with McKinney and notices that he is having a bit of a tough time remembering certain things on the spot. Westhead suggests keeping on Riley, but McKinney is just not budging. While he eats a BLT, McKinney catches a broadcast of Riley alluding to the fact that McKinney might not be able to make it to the playoffs.

Later that day, Westhead confronts Riley about the broadcast, throwing stuff around the locker room out of anger for the position that Riley has put him in. Riley urges Westhead to talk some sense into McKinney about not changing up the great thing they have going.

In the middle of their argument, Westhead ends up passing out. Throughout the episode, we've been watching as Westhead would run to the bathroom every time things got tense with the coaching situation, but it appears there's actually an underlying issue, which turns out to be a kidney stone.

As this is occurring, we check back in with Buss, who's trying to flirt with the nurse who's looking after his mother. He ends up offering to pay for her son's education if she keeps up the good work with his mother. Jeanie walks in and loses it on Buss, calling him out for being inappropriate with the nurse while also dropping the bombshell that his mother still has cancer and is dying. This doesn't hit him right at the moment, but later on, he ends up crying in the nurse's arms about it. However, that sadness doesn't last long, as he reveals his true self by sleeping with her right there. 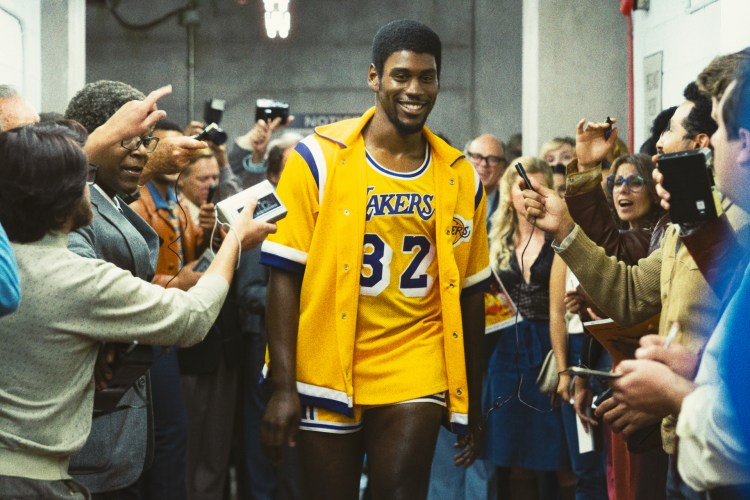 The Lakers are playing against the 76ers in Philadelphia, where Magic is going to be facing off against Julius Erving. The only thing, however, is that Riley will be filling in as head coach, as Westhead is having his kidney stone removed at the hospital.

Sitting in his hospital bed, McKinney comes to visit him, but this time, Westhead finally gathers up the guts to ask McKinney to let them finish off the year without him. While McKinney claims that he understands, he uses this moment to denigrate Westhead, telling him that he's not capable of being anything more than an assistant coach.

As for how the game against the 76ers went? The Lakers suffered one of their most staggering losses, losing 112-92. In the locker room, Jerry West approaches Magic and gives a long speech about the unimportance of happiness, which not only ties into Magic but also into Buss' way of life and Westhead's decision to speak his mind to McKinney.

"Happy's a distraction," West says. "Nobody will ever understand that. Not your family, not your f***ing teammates, not your woman—nobody. Matter of fact, they might even hate your f***ing guts because of it."

Winning Time has turned out to be quite the show of lifting the rug out from under you at just about every point. There's no resting—just when the team has hit its stride, there's something amiss with the coaching staff, and vice-versa. I'm hoping that Buss will be able to step in and break up the fight between McKinney and Westhead, though he might actually be in no state of mind to do so given the situation with his mother.

This time around, I decided not to Google what actually happens in real life. Basically, all I want is for someone to knock a bit of sense into McKinney, as it's clear he's only concerned with himself and how he comes off to the public, not with how the team actually performs. Listen, I'm a huge fan of Tracy Letts, but at this point, someone needs to throw him off another bike because he seriously needs to be stopped. I'm not going to say he caused Westhead to develop a kidney stone, but I'm also not not going to say it, either.

Everyone's minds seem to be all over the place and the team needs to refocus, but the only way that it'll even be remotely possible is if McKinney calls it a day and moves on, which doesn't seem likely.