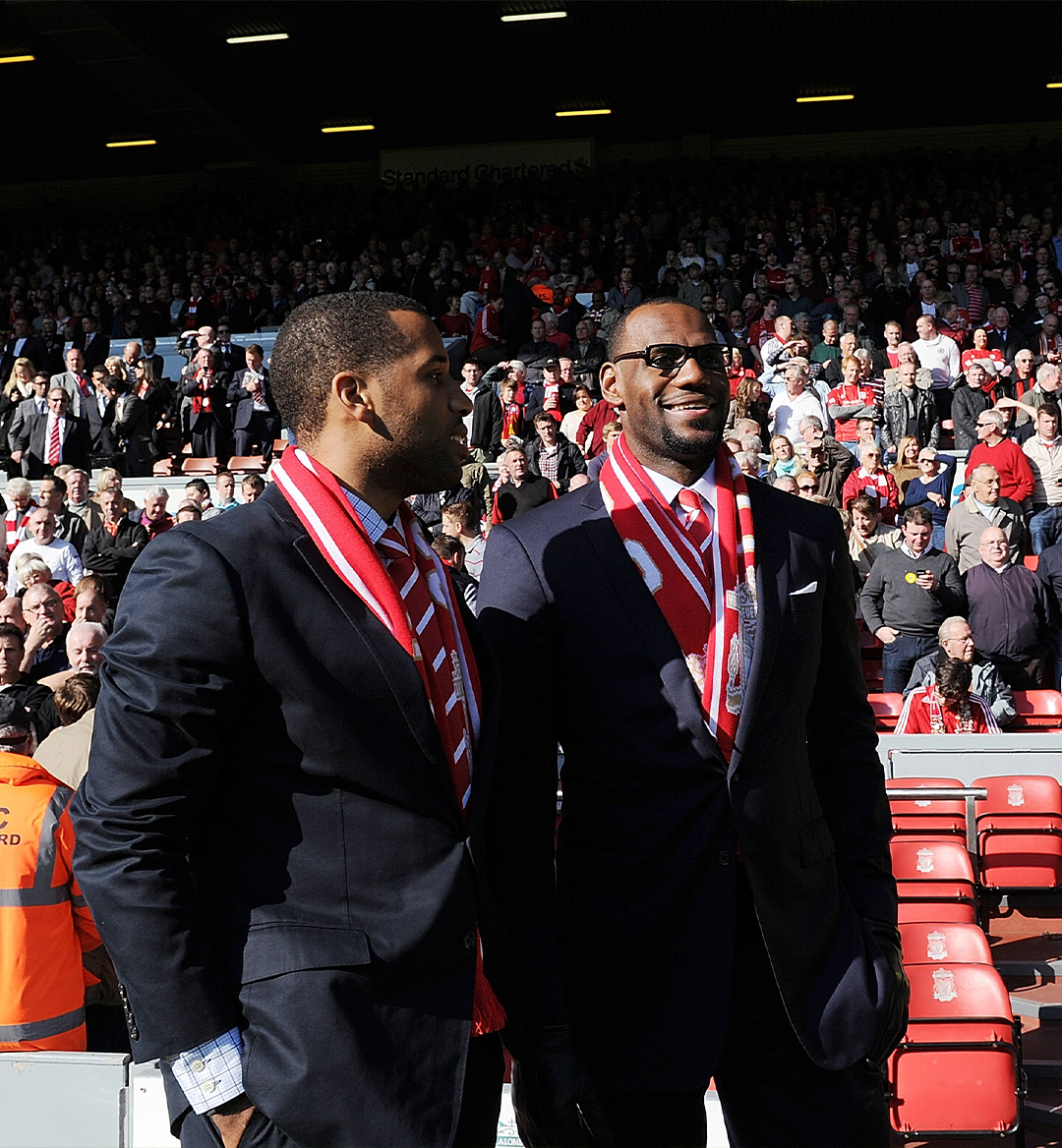 The rise of interest in European football in the United States has been significant over the past two decades with the increase of social media’s presence and the accessibility for consumers to watch matches around the world.

In 2022, an American fan can watch matches on a variety of platforms like ESPN+, Paramount+ and Peacock to take in their favorite team’s fixtures in Europe’s Big Five leagues, including the Premier League, La Liga, Bundesliga, Serie A and Ligue 1.

Why is this all so important though? Well, the growth of interest in the sport for fans across America has also piqued the curiosity of wealthy entrepreneurs in the U.S. and it’s led to their presence in Europe rising as well.

In the Premier League alone, eight Americans or American-backed ownership groups have at least a minority stake in what’s considered the top division in the entire sport, accounting for roughly 40% of all ownership.

The importance of American ownership presence in Europe can’t be overstated though because of the opportunities that will further arise in the coming years as a byproduct of Stan Kroenke’s stake in Arsenal or John Henry and Tom Werner’s controlling interest at Liverpool, as two examples. 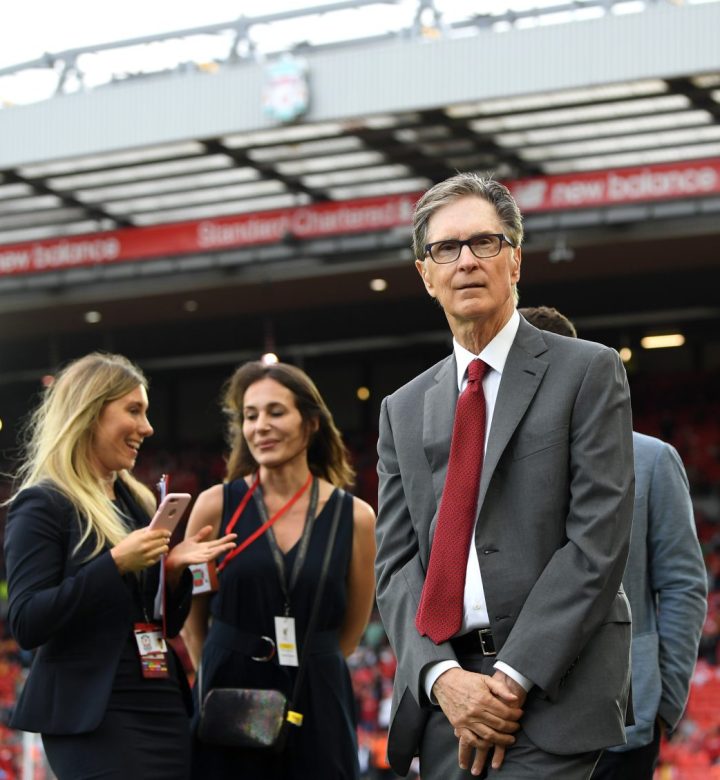 Clubs across Europe have become more infatuated with the idea of recruiting American players to compete in top leagues, with the Bundesliga currently being the biggest hub for U.S.-based talent.

Ricardo Pepi’s recent move to Augsburg was a perfect example of American influence playing a role considering the club has David Blitzer as one of its key stakeholders.

Blitzer is an American private equity investor that has major stake in clubs across the United States like the Philadelphia 76ers, New Jersey Devils and Real Salt Lake, as well as Premier League side Crystal Palace and Augsburg in Germany.

ONE37pm is breaking down the American ownership across Europe’s biggest leagues and how these clubs are succeeding.

For American sports fans, Kroenke is the owner of the Los Angeles Rams and Colorado Rapids, but in June 2008 he officially took over the majority owner of legendary Premier League side Arsenal. The Gunners have since won four FA Cup titles despite not having won the Premier League since 2003/04.

Edens joined Egyptian billionaire Nassef Sawiris in a majority takeover of Aston Villa in 2018 and since that time Villa have begun their ascent once again in the Premier League. Despite selling star attacker Jack Grealish to Manchester City in 2021, Villa have been extremely active in the transfer market and have even brought in Liverpool legend Steven Gerrard to manage the club.

Pace acquired Burnley in December 2020 during the COVID-19 pandemic and made a promise to supporters that they could keep their remaining ownership stake of around six percent or be bought out and receive club credits in the future.

In 2015, American Josh Harris and David Blitzer revealed they were part of a group proceeding with taking over Crystal Palace despite previous owner and English businessman Steve Parish staying involved. American John Textor also entered the fold in 2021 when he invested over $100 million to join the partnership. 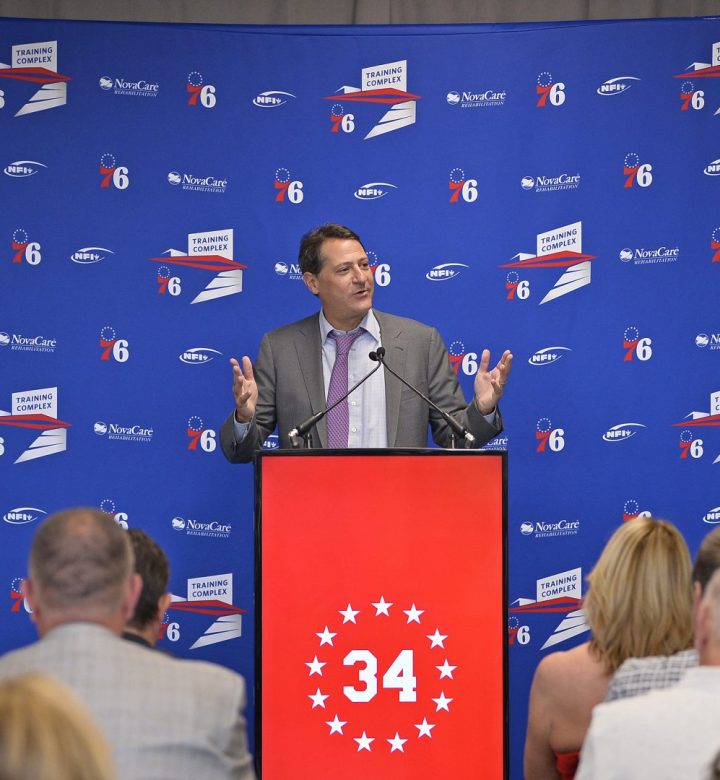 Harris and Blitzer are known for their stakes in the New Jersey Devils (NHL) and Philadelphia 76ers (NBA), while Textor previously served as executive chairman of FuboTV and is now CEO of Facebank.

In May 2018, 49ers Enterprises became a minority owner of Leeds and they are headed up by the York family – Denise DeBartolo York, Jed York and John York – who also run the NFL’s San Francisco 49ers. The move came around the same time as when Leeds announced Marcelo Bielsa would be taking over as club manager in the most expensive managerial deal in Leeds history. The club are currently in their second season back in the Premier League after Bielsa helped get the side promoted from the Championship in 2020.

Fenway Sports Group, led by John Henry and Tom Werner, have controlled Liverpool for over a decade now after taking over in 2010. NBA superstar LeBron James also has a minority stake in the club after signing a marketing deal with the Fenway Sports Group. 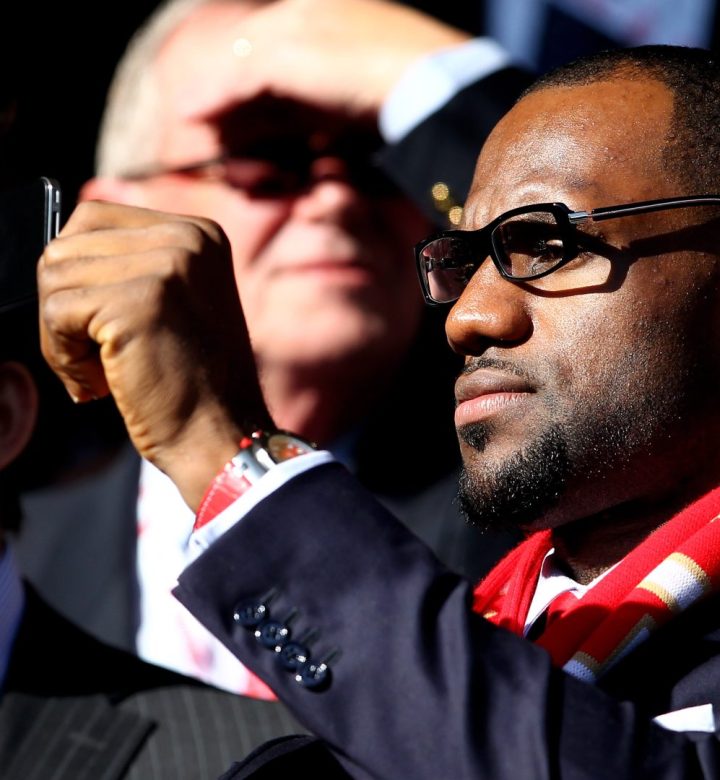 Their group has been vital in creating a revamped culture at Liverpool in the 2010s, including winning Premier League and UEFA Champions League titles. Fenway also owns the Boston Red Sox, Pittsburgh Penguins, Roush Fenway Keselowski Racing and various other ventures.

The Glazers are known for also owning the Tampa Bay Buccaneers in the NFL as well as famed Premier League side Manchester United. The Glazers have had an ownership stake since the early 2000s and by 2005 they had up to a 98% controlling stake in United. They have been ambitious with their marquee signings over the years by bringing in top talents like Cristiano Ronaldo, Jadon Sancho, Raphael Varane and others.

The Championship side was sold to Chien Lee, Paul Conway and Billy Beane in 2017. The Oakland Athletics front office executive Beane, who was famously portrayed by Brad Pitt in the movie Moneyball, also plays a role in the club’s analytics. The club haven’t reached the Premier League since 1997/98.

Hedge fund owner Seppala has owned Coventry since 2007 but the club has mostly bounced around between the Championship and League One during that span. The Sky Blues have a long history battling now-Premier League side Leicester City in the lower divisions, but the two sides haven’t met since 2012.

Khan has been a familiar face around English football since 2013 given Fulham’s back-and-forth endeavors in the Premier League and English Championship. Fulham is the longest-running London-based football club dating back to 1879. 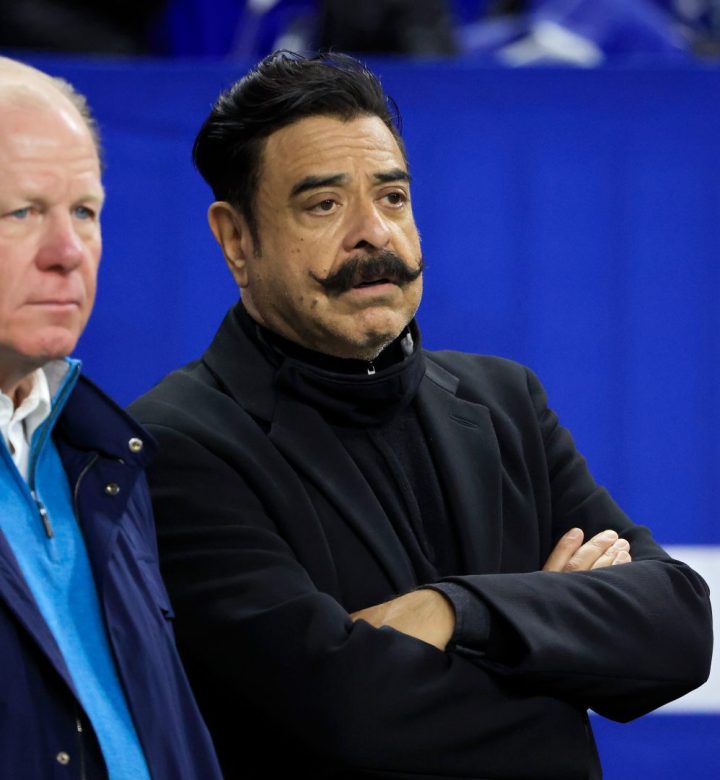 Khan is also known for owning the Jacksonville Jaguars and has made a concerted effort to play several NFL games in London over the years to expand their global presence.

John Berylson and his group took over in 2007 and the club have actually enjoyed some success in the lower divisions. Millwall have competed in the Championship for the past five seasons and have come close to promotion on several occasions which would be a significant feat for a club that currently boasts a squad value of roughly $38 million based on Transfermarkt valuations.

Swansea is a historic side that’s known throughout the United Kingdom for being one of the most successful Welsh clubs. Kaplan and Levien became co-owners in 2016 around the same time American manager Bob Bradley was coaching the Swans. Ultimately, Bradley was sacked shortly after but Swansea has been consistently towards the top of the Championship since.

O’Leary took over at Ipswich recently in 2021 and the club is aiming to make a significant leap to the Premier League in the future. In the past Ipswich has had a rich history, including having Sir Bobby Robson as a previous owner. During his opening press conference, O’Leary said, “We are here to help the club climb the football pyramid. Promotion to the Championship as soon as possible is the immediate aim. It’s possible this season but if it takes another year or so, so be it.”

Hallett became a majority owner in 2018 for the League One side after previously being involved in the club’s ownership. He’s done a great job renovating the team’s historic venue, Home Park, which has been around since 1901 and remains a legendary English stadium to visit.

Portsmouth’s financial struggle were documented for years, but Eisner has helped steady the ship since coming aboard in 2017. Pompey Supporters Trust - a fan-owned group aiming to save Portsmouth - helped keep the club from going through liquidation back in 2013, but former Disney CEO Eisner became involved as well and now his investment group The Tornante Company owns Portsmouth outright.

American lawyer Rob Couhig and his family helped Wycombe reach the Championship in 2020 and it was momentous for the club for a number of reasons. Adebayo Akinfenwa’s notable post-game speech about the courage and passion he and his teammates exhibited throughout the season was memorable, but Wycombe are now aiming to be competitive past that triumph.

Commisso is still one of the more well known American owners because of his ownership in legendary NASL side New York Cosmos. Their struggles to find a permanent league have been well documented over the years, but Fiorentina is on the rise under Commisso. They currently have one of the top young players in Serie A and all of Europe with Dusan Vlahovic.

In 2021, Steven W. Pasko and Josh Wander of 777 Partners took over Genoa and the club have since gone out and made legendary player Andriy Shevchenko manager after he left the Ukraine national team. Although Genoa have bounced around between Serie A and Serie B their new owners seem to be willing to invest in the club in order to improve.

Milan are one of the most historic sides in football and in 2017 America hedge fund group Elliott Management Corporation became involved. There have been so many legendary players throughout the history of the club, but they’ve gone out and spent wisely on younger talents over recent seasons like Fikayo Tomori and Sandro Tonali.

Dan Friedkin and the Friedkin Group took over Roma in 2020 and it has sparked some big moves thus far for the club based in Rome. Jose Mourinho took over as manager not too long ago and the club has also paid top dollar for players like striker Tammy Abraham, who came over from Chelsea.

Spezia joined the fold with an American owner in 2021 when Robert Platek got involved with the club. Platek’s private equity firm MSD Capital has been involved in helping out various clubs throughout Europe in the past by lending money to English sides Derby County, Southampton, Sunderland and Burnley. Platek also owns Danish top-flight side Sønderjysk Elitesport. 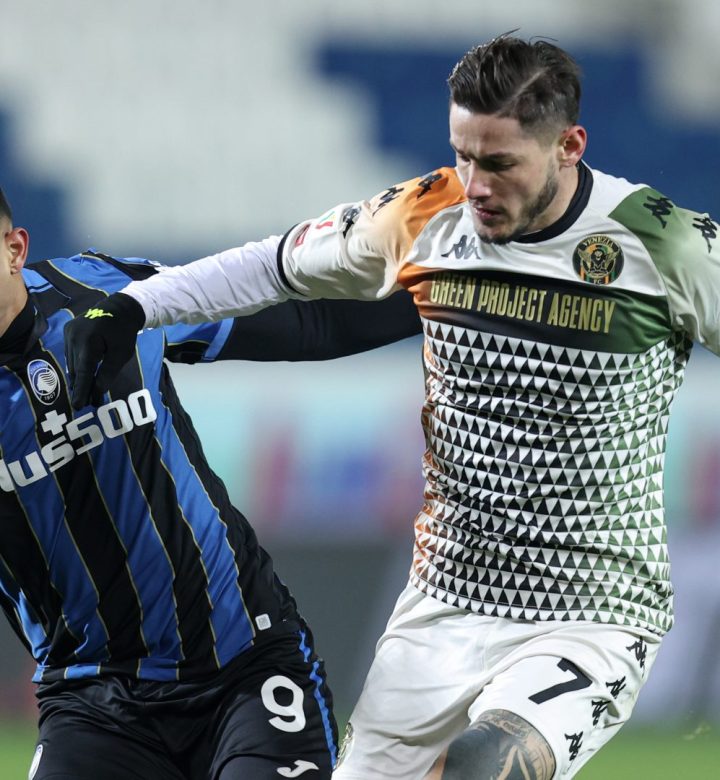 The club has become very successful in its marketing through utilizing social media to capture the essence of the city and use its fashion roots to help promote the club through its dazzling kit designs and iconic images of the stadium and surroundings.

When Krause took over at Parma it was a significant moment for the club that has previously featured Italian legends like Gianluigi Buffon, Fabio Cannavaro and so many more. Parma even managed to bring back Buffon this season despite currently playing in Italy’s second division. Krause, who owns the American convenience store chain Kum & Go, is hoping that he can help the club return to the top flight.

Matt Rizzetta has a lot of influence in Italian football, also boasting a stake in Campobasso Calcio - a fourth-division Italian club. He’s based out of New York and hopes that his connections with Italian Football TV can bring a new generation of fans to both Ascoli and Campobasso.

Sarver also owns the NBA’s Phoenix Suns, but Holden, Martino and Nash all have significant football connections. Holden and Martino both played professionally abroad and represented the U.S. Men’s National Team and Nash previously played basketball for the Suns and other teams but grew up playing football as well. He’s held a number of large charitable football matches in the past to raise money for great causes.

McCourt took charge of Marseille in 2016 and the club has enjoyed a fair share of success during the period since. Marseille have finished top five in Ligue 1 every season since and thye currently have a host of talented young players including Matteo Guendhouzi, Boubacar Kamara and USMNT attacker Konrad de la Fuente.