From Homeless To Heavyweight Contender: A Conversation With Boxer Antonio Zepeda 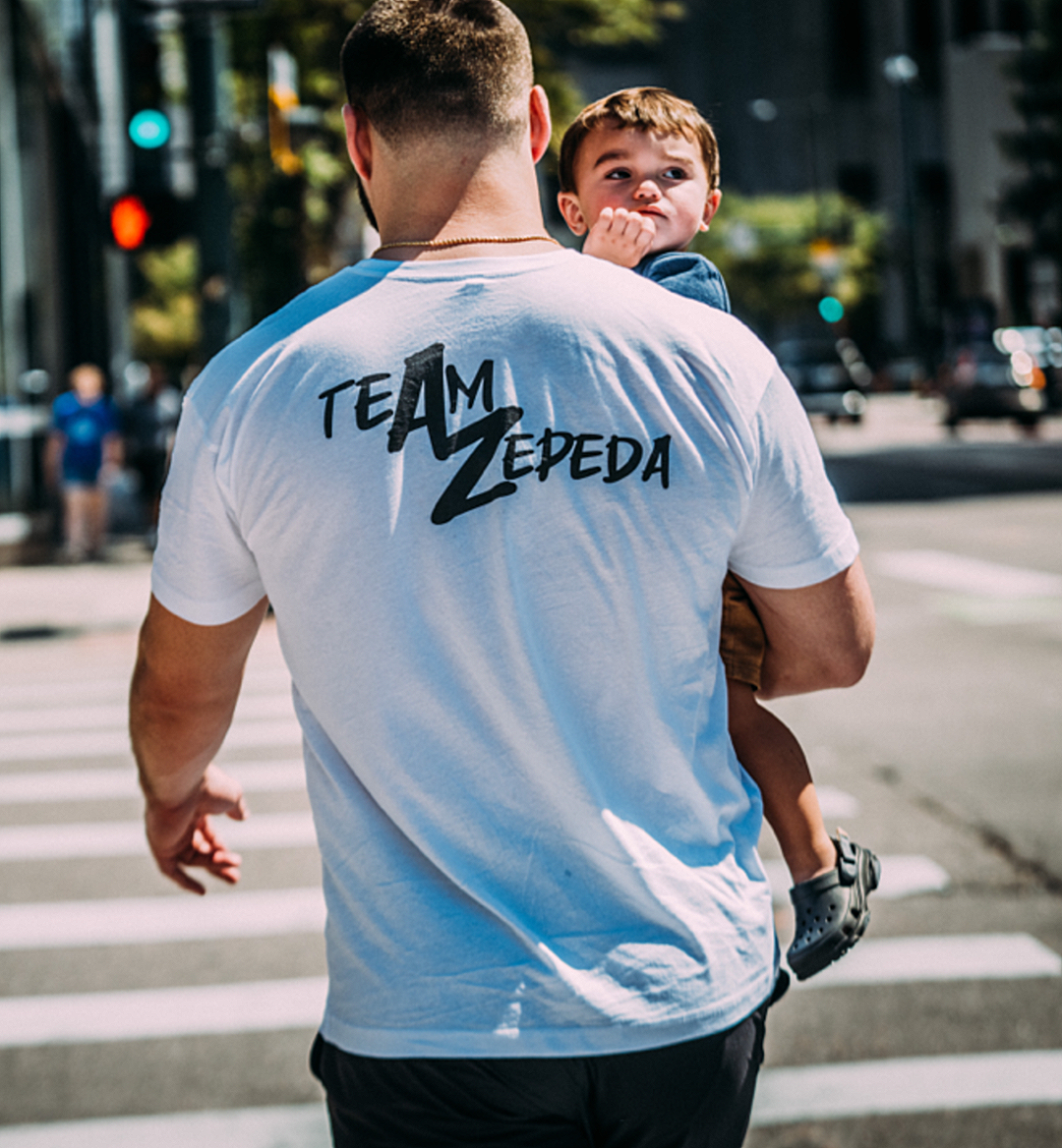 The sport of boxing has taken some interesting reshaping in the last 5 years. For generations boxing occupied the hearts and homes of virtually the world. Names like Muhammad Ali and Mike Tyson helped grow the sport into a global phenomenon. The popularity of professional boxing dipped in the 90’s, but with the rise of celebrity boxing the sport in general is starting to gain momentum and has become a staple again.

As the boxing world continues to evolve, an opportunity has arisen for a newcomer to take the sport by storm. Former UNLV defensive lineman Antonio Zepeda has taken full advantage of that opportunity and has put the boxing world on notice. Zepeda has been training with the Mayweather camp and has put up a 5-0 professional record, all coming by way of knockout. Ahead of his next big fight on September 3rd against Trevor Kotara (3-2, 1 KO) in Las Vegas, we sat down with Antonio Zepeda to talk about his harrowing journey to get to this point. 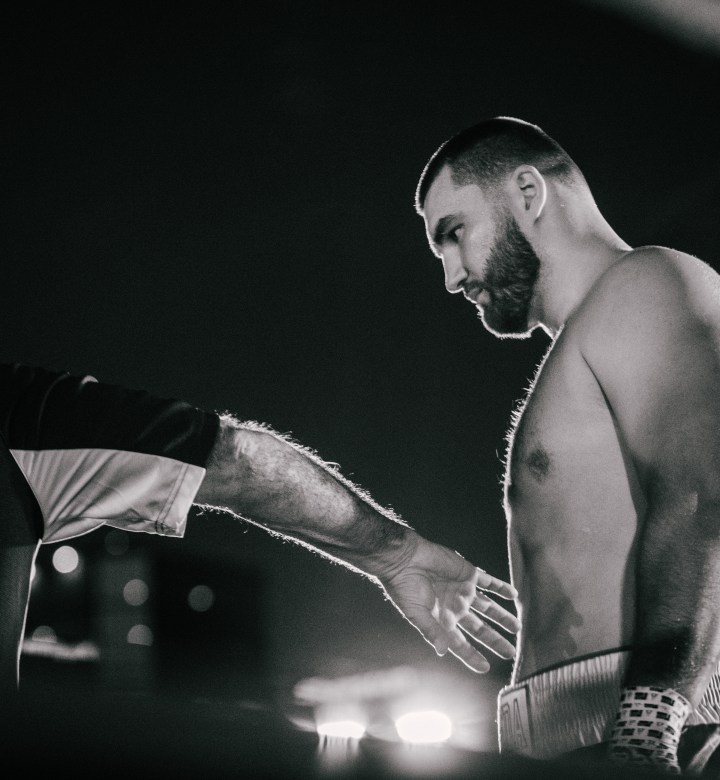 ONE37pm: You played football at UNLV before injuries forced you to retire, can you tell us a little bit about that injury and how it led you into boxing?

Antonio: So I got hurt in September of 2017. It was the second game of the season, we were at Idaho. I was playing defensive end and I made a move at the quarterback on a pass and the quarterback stepped up and ran. I planted my leg to turn and chase him, and when I did my defensive tackle dove for the quarterback and completely missed. He hit me right on the knee, my knee-brace exploded and right away I knew this was bad. I was just praying it wasn’t my ACL, obviously that would’ve been career ending. My goal was to still play so I ended up missing five weeks, came back and they wanted me to play defensive tackle. Fresh off of a knee injury I wasn’t going to play d-tackle, it would just be detrimental to my health. We were playing Air Force and it was a tuesday, I was just sitting in my locker thinking “man, do I really wanna go out there? Do I even love this game anymore that I’ve been playing since I was nine years old? Do I have the passion for it anymore?” Ultimately right then and there, at 7 in the morning on a Tuesday I decided that was it. I got up and I left. I got surgery in December and then I knew I had to do something. I was gonna do MMA but then my father in law introduced me to Floyd and we ultimately decided on boxing.

ONE37pm:  You said you were considering MMA, did you have any fighting background before you pursued boxing professionally?

Antonio: I was actually a brown belt in Brazilian jiu-jitsu. I did it from the age of nine to seventeen. I did it when I lived in the group home, I trained occasionally out in a gym in Glendale, Arizona. Right before I left for college I was granted a brown belt. I haven’t trained in that discipline for over 10 years now so it would’ve taken too much catching up. At the end of the day we realized boxing was going to pay more in the long-run career wise inside the ring, and outside the ring through sponsorships. 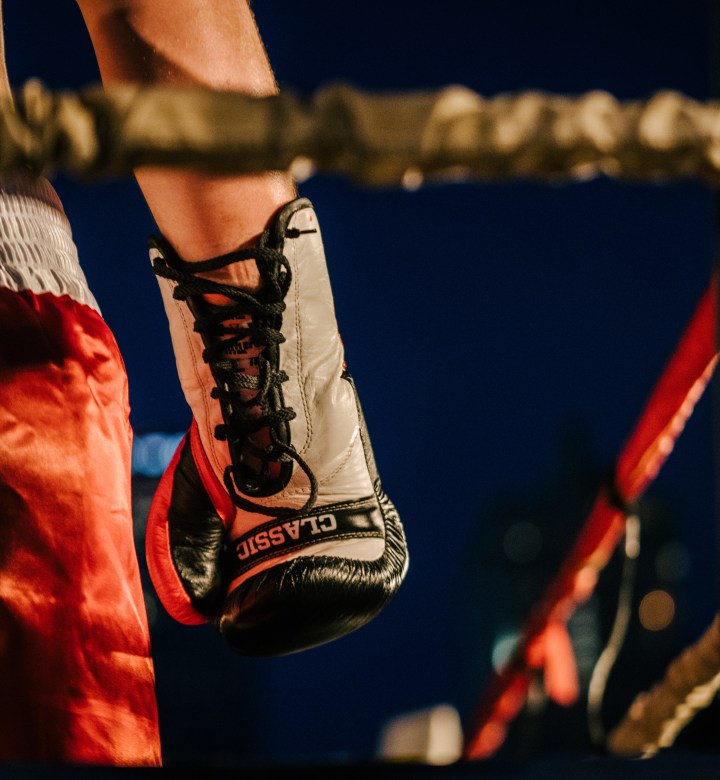 ONE37pm: You mentioned growing up in a group home, you’ve had to overcome countless hurdles of adversity to get to where you are. Can you tell us a little about those early struggles you dealt with and what’s pushed you the most throughout those tough times ?

Antonio: My entire life has been adversity since the day I was born. From being born with crack in my system, my mother was a drug addict, overcoming that. Being homeless, abandoned, abused, physically abused, mentally abused. Anything you can think of I pretty much endured it. Never knew my father. He was imprisoned when I was three months old for murder, never met him, don’t know anything about him. I was taken away from my mother at the age of 8 and placed into CPS (child protective services). I bounced around from group home to group home, juvenile detention. I was an angry kid, obviously being taken away you’re going to be an angry kid. On April 9th, 2004, I was placed in a group-home out in Phoenix and it ended up being my long-term home. I was the longest tenured kid there, obviously I did a lot of bad things growing up. I ended up going to jail for a few months, lost all my scholarships and got kicked out of the group home I thought would never get rid of me. I was the only kid who was going to go to college, they’d never had a kid do that because statistically you end up dead, homeless, or in prison and I was going to be the kid who defied those odds. I got put into another group home, I was on house arrest for about five weeks, ultimately my high school coach took me in and I lived with him my senior year. Bounced back, rehabilitated, finished top of my class with straight A’s and gained my scholarship back. I went to UNLV and played football there.

ONE37pm: I think it’s really one of the most incredible comeback stories in sports. When you’re out there fighting you’re fighting for the millions of kids who are in those same circumstances. Thank you for continuing to keep fighting for those who can’t.

Antonio:  There’s about 400,000-500,000 kids in the system in the United States alone. I don’t know the numbers exactly world-wide but that’s in the United States alone. I’m very passionate about being a role model for those kids. If they can look up to me and say “If he was able to overcome this and defy those odds why can’t I?” Everyone has their own story with what they’re dealing with. Whether it’s worse than what I endured or if it’s better it doesn’t matter, everyone has their own story. If I can be that light at the end of the tunnel for these kids and they can look up to me, that’s what I care about. If I can make a difference in these kids' lives, that’s truly something I’m passionate about and I will never stop fighting for that cause. 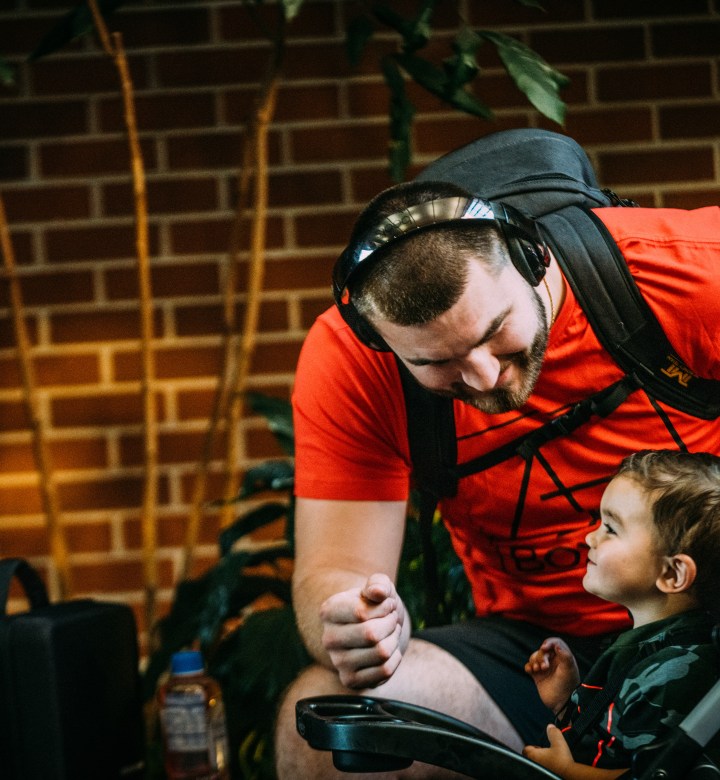 ONE37pm: You recently became a father, how big of a motivation has being a father been every time you step in the ring?

Antonio: It’s huge. How I grew up, I always wanted to have that family environment and atmosphere but I didn’t have it. I didn’t have a family. One day I knew I was going to have my own family and I was always scared of that. No one teaches you how to be a dad, you just learn on the go. I always looked at it like this, I’m probably not gonna know how to be a dad, but I’ll know what not to do. Everything I witnessed and experienced as a kid is something you’re not supposed to do. You’re not supposed to inflict that type of paint emotionally or physically on a child. I knew at least what not to do so I was optimistic about it right. Once my son was born I said “Hey, it’s time,” and it lit another fire under my ass. It motivated me more, so now when I go to these fights I’m fighting for a bigger cause. I’m fighting for MY son. I want to make sure he never experiences, not even .1% of what I experienced. I want him to live the lift I dreamt for as a kid. 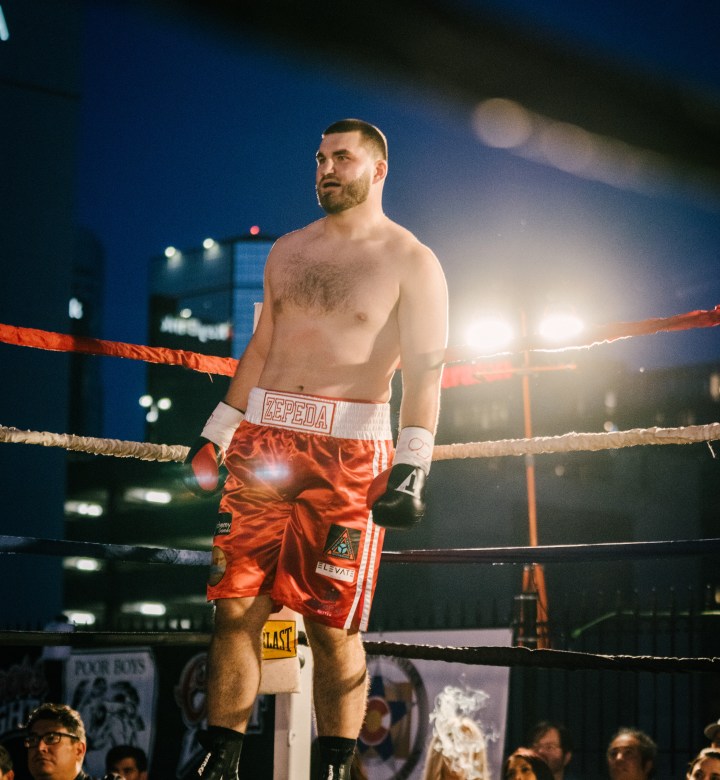 ONE37pm: You’re 5-0 with 5 knockouts, is there any added pressure to keep that knockout streak going?

Antonio: There’s no pressure. I personally take a unique approach. When I fight I look at it like this. There’s nine ways to win a boxing match. Knock out, technical knockout, ref stoppage, RTD or retired when the corner throws in the towel, split decision, majority decision, unanimous decision, a disqualification, or a technical decision. I realized that I can win a fight any of those nine ways. I don’t go in looking for the knockout, that means I’m putting all my eggs into one basket. I’m going to win the fight by any means. However the fight is won will be determined at the end of the fight. Obviously I’m a big guy, I have knockout power, the knockouts just came naturally. I don’t go in with the goal of knocking someone out, some guys are durable and some guys can take a punch. If you have to outbox them and beat them on points then so be it, that’s my mentally.

ONE37pm: Any preview of what we can expect from your fight with Trevor Kotara on September 3rd?

Antonio: He’s 3-2, he’s a Southpaw. He’s actually the first Southpaw I’ll be fighting in my professional career. My first amateur fight was against a Southpaw so I have some experience, but my first pro fight against a Southpaw. I’m excited, I think it’ll be an amazing show. I’ll be able to show a side of me that hasn’t been seen yet. Everything in my game is going to be the opposite so it’s gonna be amazing. Obviously I would like to go out there and knock him out, but there’s many ways to win the fight. As long as the victory is secured and I remain unbeaten I’ll continue to climb in the rankings. I will tell you… I’m going to put on a show this Saturday.

Antonio Zepeda will face off against Tervor Kotara on September 3rd at Westgate Las Vegas Resort & Casino. You can purchase the PPV event through DFTV Sports website.