Getting to Know Berat Djimsiti On and Off the Pitch 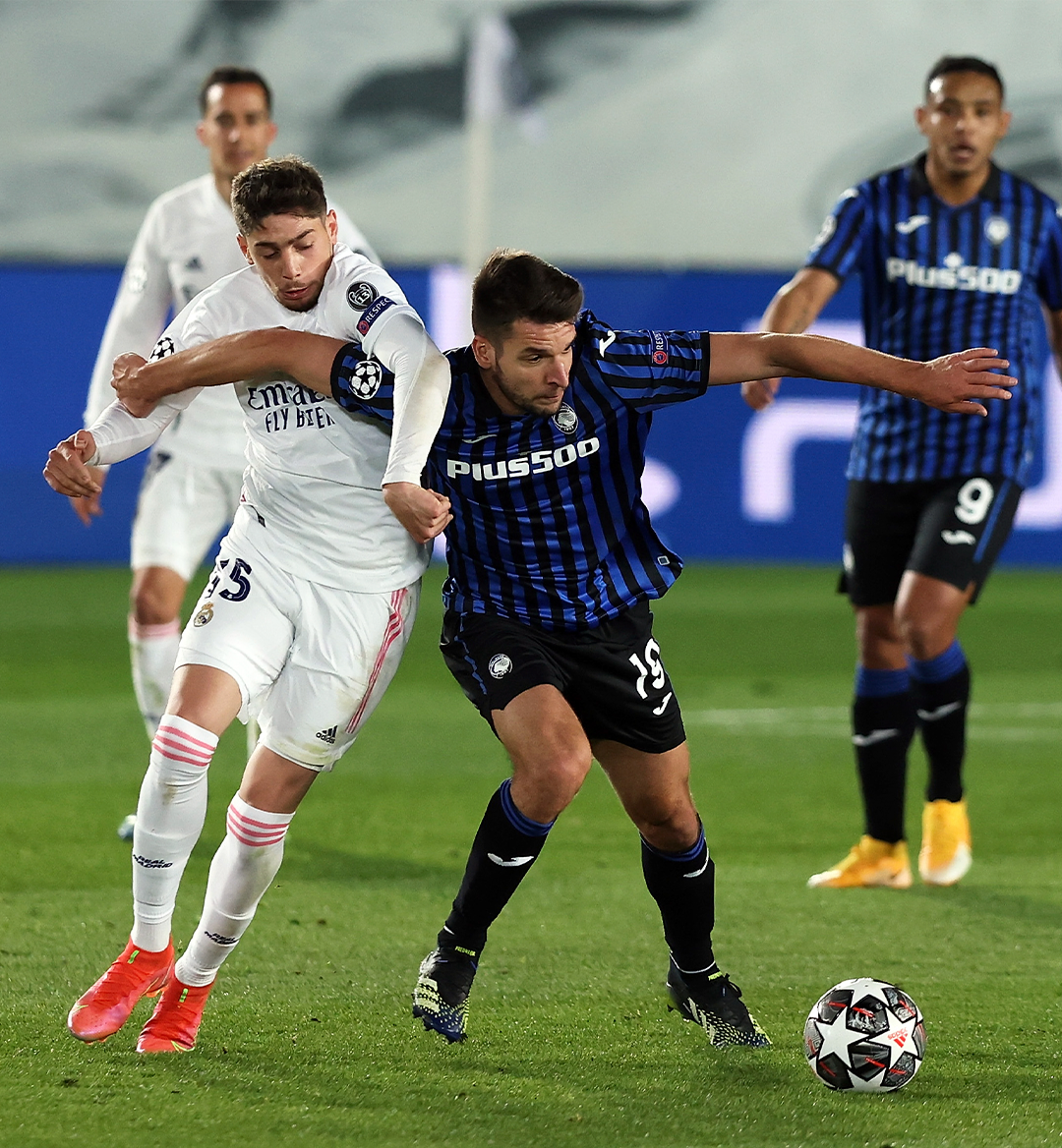 Berat Djimsiti arrived at Atalanta back in 2016 and the Albanian has become a mainstay for the club as they continue to build towards Italian and European success.

Djimsiti has taken part in many big matches over the years, including competing in the UEFA Champions League and World Cup qualifying.

The 29 year old was gracious enough to sit down with ONE37pm recently and the Atalanta defender discussed an array of topics during his down time.

ONE37pm: For those who don’t know you, tell us about yourself and your journey to Atalanta? How did you get into football?

Djimsiti: Thanks, ONE37pm for having me. It was a pleasure doing this interview with you! I am Berat Djimsiti, my journey to Atalanta wasn't the easiest, let's say. Before, I was playing football in Switzerland and then came to one point that I didn't develop as much as I wanted to. So, I got this opportunity to change to Italy, to the team of Atalanta Bergamo.

Yes, it was not easy in the start because I was quite young, 22 at this time and I think in the first six months, I had difficulties finding a place in the team. Now if you watch how I grew, and our team grew in the past years, I think it’s an incredible journey to tell!

ONE37pm: When did you know as a kid that you had the passion and desire to challenge yourself and say “I want to be a professional footballer”, when did that moment occur to you?

Djimsiti: I think it’s quite a difficult question! But, I think at an early age when I started to play football in a small village where my family lived and I grew up.

As a five year old, I started to play football and I saw quiet fast that I had some talent let’s say, because I could, not to be arrogant now … but I could see that I had more qualities than others at my age, and so I think this moment I thought for sure that I wanted to be a professional footballer.

I had the thought every time in my mind, but as a young kid you know you have a lot of dreams you never know what is going to happen, but this was for sure my desire.

ONE37pm: What does it mean to play for Atalanta? The city of Bergamo? How has your game evolved playing under Gian Piero Gasperini and what does he mean to him?

Djimsiti: It means a lot, especially the last few years we grew up as a team and we have had a lot of success and I think not only for Atalanta but for the whole city of Bergamo. The success we have had is important because before, the city didn't have this reality that we would play champions league almost every year and it's something they have never had before. 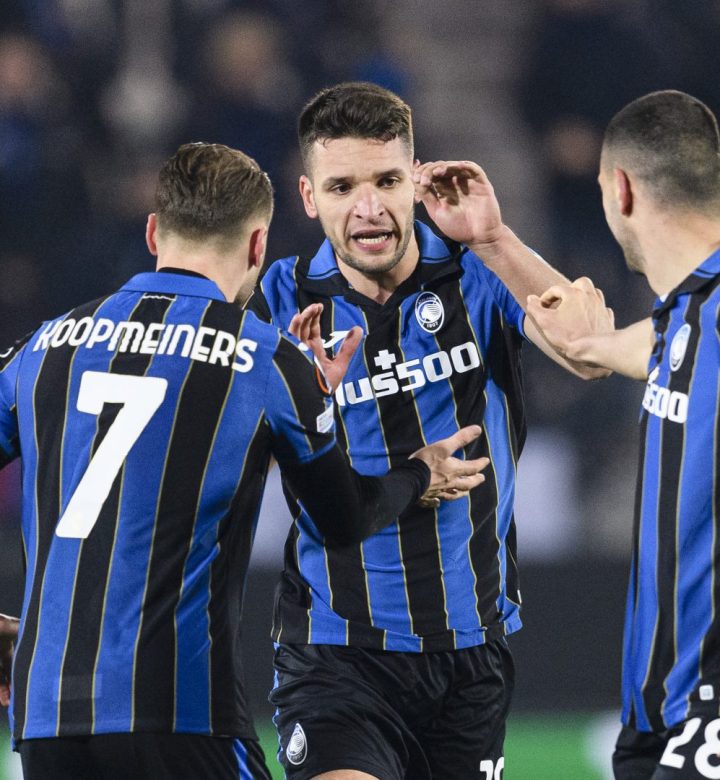 But what is more important to the people of Bergamo is how you are outside the pitch, they appreciate you very much. There is also a famous saying that connects the team to the city "La maglia sudata sempre” meaning always sweat the shirt!

Or reach another level that you may not even expect from yourself and I think this has helped me a lot personally and the other players. And for sure you have a lot of pressure, but without pressure you don’t move forward.

ONE37pm: Taking it back, 2020 was an amazing season for your club, you experienced a disheartening loss to PSG in the Champions League quarterfinals. What was the biggest thing you learned about yourself in a moment of defeat?

Djimsiti: 2020, yes, it was a year full of success. Let's say, we got defeated by a great team,a big team with big players. But in the end we for sure went out with confidence because we did have a great game.

We thought we would win this game because we felt so good, but with the good team that PSG had, they had scored two goals in the last three-four minutes of the match and put us out of the champions league.

I learned, we learned as a team from this defeat that in every moment against big teams, big games and big players you can never do less, you always have to be concentrated. You cannot make mistakes that maybe you do in other games against smaller teams.

But even there, you even get punished directly and especially in this game you learn you always have to be 100% it not more to succeed against a team like PSG.

ONE37pm: What does it mean to represent your family/country everyday when you step on the football pitch?

Djimsiti: It’s difficult to describe, because it's a very proud thing. Let's say, the first word that comes in my mind is proud! Because you play for the whole nation of Albania, everyone watches you, everyone know you when you go out with the jersey on.

It means a lot for sure, a lot of things to be proud of when playing for this team and in the last few years. I am happy with how we grew as a team, and I hope it goes along way like this!

ONE37pm: What does Family mean to you?.I'm sure a lot has changed in your life since the birth of your child… How do you feel about being a father, husband and footballer all in one?

Djimsiti: Family means everything to me! I think for every person, family should be the first thing that matters, that you live for. Especially now that I have a baby of sixteen months. It changed my whole life, you know, there is something more important than myself.

I feel like this and it means alot for me to have my wife who is always there for me because as a footballer, you are spending time away and you need a wife to also accept this and I think I have everything together and I am very happy to have this kind of family. The most important thing is that everyone is healthy!

ONE37pm: Outside of football when training sessions/games are over. What do you do in your spare time? What are your hobbies?

Djimsiti: To be honest in this moment it is difficult to have hobbies because now with a child and the job that we have, its tough to find time for other hobbies. But, before I liked to play playstation and I spent a lot of time on it. I like to do lots of things with my family, to go out with them on a free day, visit another city, see other things and go to a good restaurant. You could say my family is my hobby! 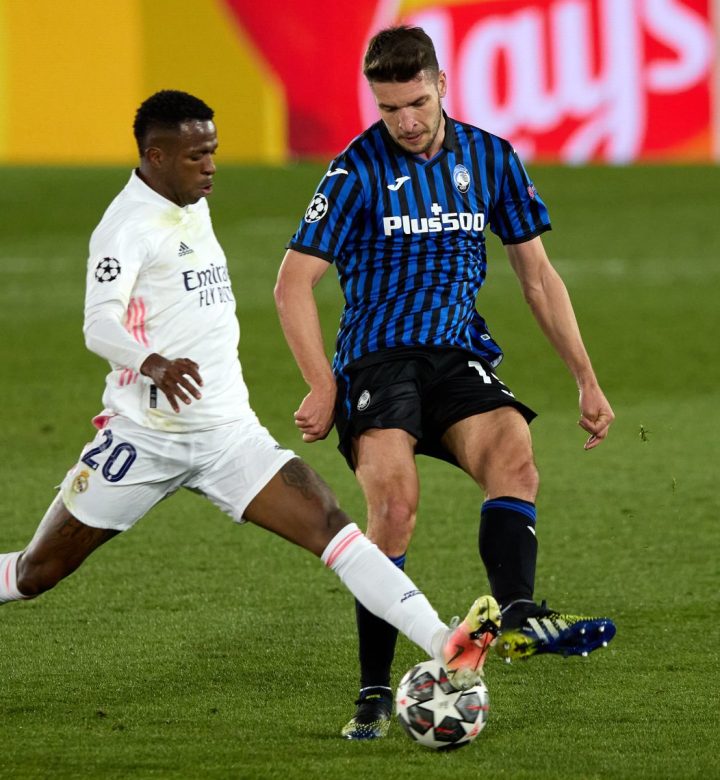 ONE37pm: I understand your into real estate? What kind of real estate catches your interest and why? Do you plan on starting your own business or currently involved with any at the moment?

Djimsiti:  It has become important to me for more than two years now, 2020, since the pandemic started. I got interested in it because I had lots of time on my hands. The training centre for Atalanta was closed for three months and I had lots of time to search for different possibilities because you think about life after football and think what are you going to do?

It would have been difficult to start from zero and have nobody helping along the way. It also means having investments that will grow in value over time and you can see examples everyday of real estate in the world, wherever you go, new buildings always are going up and that’s what makes it interesting.

ONE37pm: Life after football, what does life look like for Berat? Where do you see yourself? What are your personal goals and ambitions in life?

Djimsiti: Really good question. I am more of a guy that lives in the now moment than in the future. But I have made some thoughts about this as I am now 28 years old and as we know the career of a footballer isn’t forever and you have to confront these things and you for sure have to look elsewhere. As I said before, I’ve been into looking into businesses like real estate because I have to provide my family  with income after my career.

On the other side, I have my wife is in the fashion industry and has done really well in the past years. She has her own brand called “Jalize” and yes I am very proud of her because this is also a thing that she wanted to do on her own. She didn’t want to just sit at home and wait till I get home everyday.

It is a nice thing and I am very happy that she does this, its also great because I like fashion as well. It’s also something in the past few weeks that I have been thinking about, but with mens clothes. Let’s see what happens!