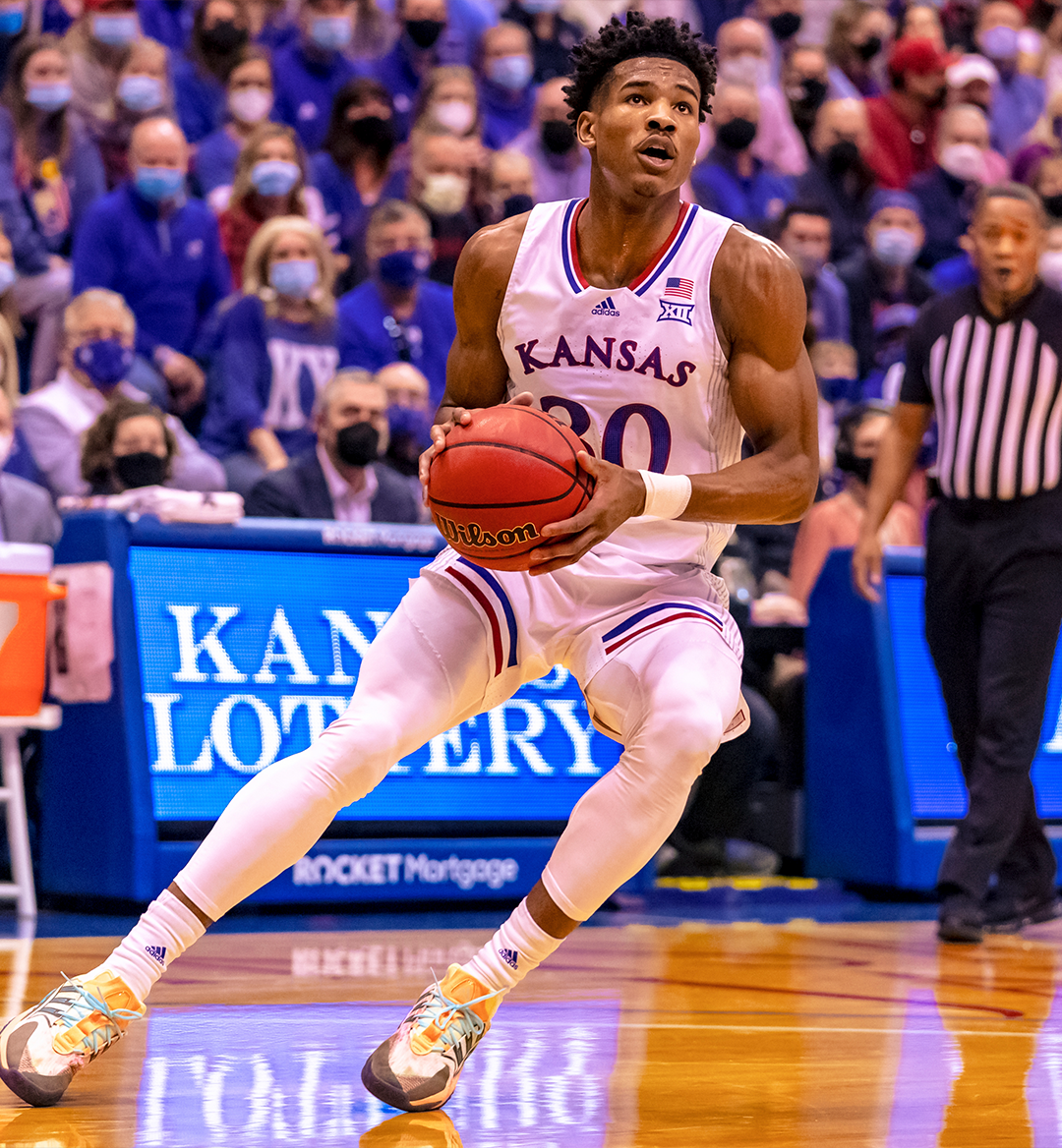 If the NCAA Tournament is March Madness, then consider this to be its pre-psychotic warm-up—between now and Selection Sunday on March 13th, all 32 Division 1 conferences will stage their conference tournaments and reward the champion of their mini-fiefdom with a bid to the Big Dance. Although we’ve just barely escaped February’s wintry clutches, a few conference tournaments are already in swing and the first batch of NCAA Tournament berths will be secured this weekend. With more than 300 high-stakes games on tap over the course of 11ish days, this is the best and most disorienting part of the college hoops calendar. Luckily, we’re here to help. Here is our guide to the Big 12 conference tournament.

Kansas (25-6, 14-4; +200 to win): For the 15th time in 19 years, the Kansas Jayhawks earned at least a share of the Big 12 regular season title. Customary for a Bill Self-coached team, the Jayhawks are a veteran unit with the sixth best offense in the country.

Baylor (27-5, 14-4; +200): The Bears aren’t quite as good as their national champion squad last year, but this is still a fearsome bunch. Following a similar blueprint as last year, the Bears pair an explosive backcourt with a stifling defense.

Texas (22-10, 10-8; +600): In his first year at Texas, head coach Chris Beard built a putative superteam from the transfer portal, augmenting the Longhorns’ returning core with the likes of Marcus Carr, Tre Mitchell and Timmy Allen. Despite the collective experience and talent of the bunch, though, the Longhorns have failed to live up to their lofty pre-season expectations. Still, Beard is one of the sport’s best coaches and his roster is loaded, so a postseason run isn’t out of the question.

Texas Tech (24-8, 12-6; +350): Sometimes, revenge is a dish best served on a tortilla. Spurned by Beard last off-season when he defected to their instate rival, the Red Raiders responded by sweeping Texas and finishing the regular season with the best defense of any power conference team.

Ochai Agbaji, Kansas: Over the course of his four years, the senior Agbaji has steadily improved each season. Leading the Big 12 in scoring with 19.8 points per game, Agbaji is the most prominent bucket-getter in the defensively-minded conference.

James Akinjo, Baylor: Filling in for now-NBA players Davion Mitchell and Jared Butler, Akinjo is the engine of Baylor’s offense. Now on his third school in three years (he previously played at Georgetown and Arizona), Akinjo leads the Big 12 in assists with 5.8 per game.

Mike Miles, TCU: The Horned Frogs are a brass-knuckled, physical team, but Miles is their offensive propulsive force. Although his true shooting percentage isn’t particularly high, his workload and usage rate are impressively high; no other player in the conference maintains such a mammoth workload.