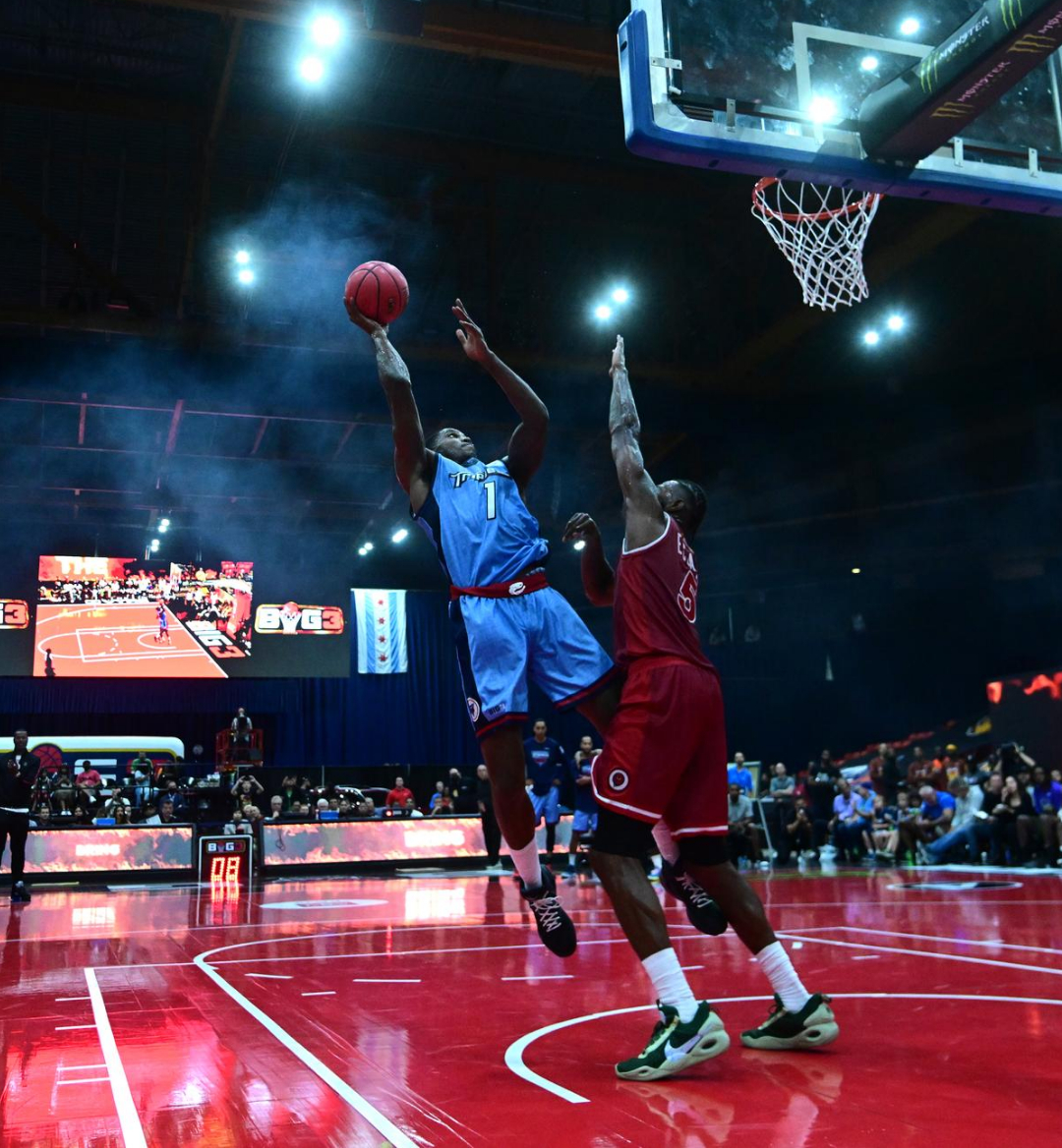 Since launching five years ago, the BIG3 has provided fans with a fun and reliable source of professional basketball during summertime. Between being a platform spotlighting many familiar names who played in the NBA to reigniting a few of their returns to the league, the anticipation of the 2022 BIG3 season was high before its opening weekend, June 18th and 19th, in Chicago, IL.

Another season.
Another game-winner for @TheJoeJohnson7.

We could watch these all day. pic.twitter.com/G7vccY1Wgj

Headlined by the defending champion Trilogy going toe to toe with reigning two-time BIG3 MVP Joe Johnson and former No. 2 overall pick Michael Beasley making his debut, the action was jam-packed at Credit Union One Arena. And as someone attending their first-ever BIG3 event, I was certainly intrigued by what it entailed.

Even in a three-on-three, half-court setting, the NBA-caliber skillsets from BIG3 players were still evident, as well as their energy. But when aided by a unique twist to that classic half-court staple (The first team to 50 points wins, four-point shots and specific calls are handled by players playing one-on-one), it's not a surprise the Ice Cube and Jeff Kwatinetz-founded league is a success.

Here are my three takeaways from the BIG3's opening weekend.

Another day, another reminder of how much a bucket Joe Johnson is. Even at 40 years old, the 17-year NBA vet still possesses an incredible knack at scoring from all three levels on the floor, and that was evident on Saturday-- 30 points in the Triplets' 51-45 victory over the reigning champion, Trilogy.

Michael Beasley is still one of the most talented players, we've seen

Michael Beasley in the BIG3 is as fun as we thought it'd be. @Michael8easley pic.twitter.com/aSKesQF7Kz

While his NBA playing career didn't turn out as planned, there's no doubt Beasley is one of the most talented players we've seen over the past decade and a half. Still at 6-foot-8 and in peak shape, the former No. 2 overall pick had a great showing in his BIG3 debut. Playing for 3's Company, Beasley effectively and efficiently scored 26 points in the team's 50-47 victory over Bivouc.

Rick Mahorn's Aliens have a lot to be happy about

While they didn't make the playoffs last season, the Aliens have the potential to do so this year. Led by BIG3 championship-winning coach Rick Mahorn, the Aliens had a strong showing on Sunday.

In their 52-44 victory over the Enemies, the Aliens' dynamic duo of Dusan Bulut and Karlis Lasmanis scored a combined 40 points and displayed a clear sense of comfort in playing three on three-- given their experience of playing in FIBA's three-on-three tournaments.