Chase Dollander is the Ace of the Future 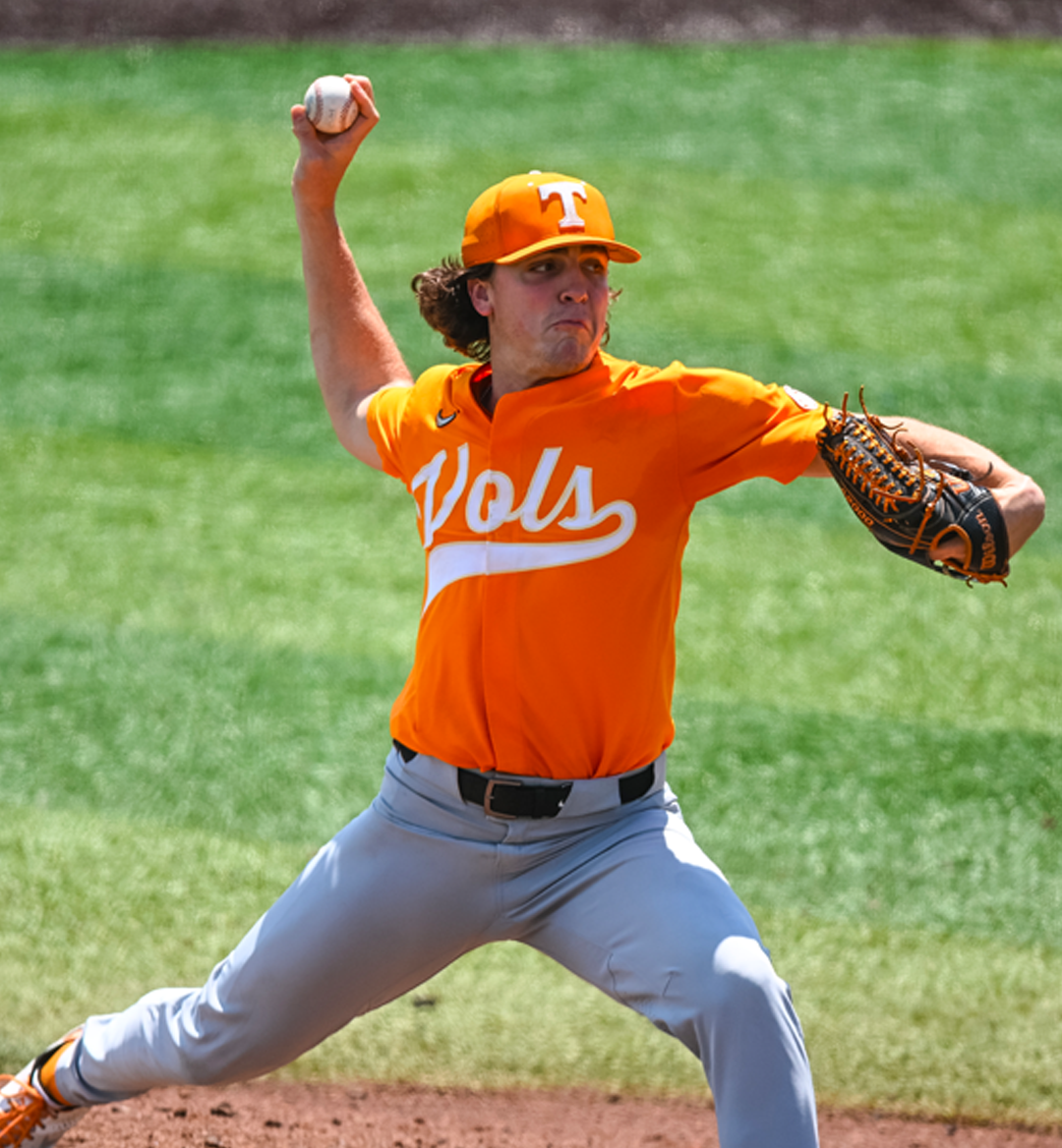 There are lots of pitchers like Chase Dollander—besides the fact that there are only a handful of living people who can pitch as well as Chase Dollander. The ace of the University of Tennessee's title-contending baseball team and the early favorite to be the top arm selected in the 2023 MLB Draft, Dollander is the prototypical modern starting pitcher.

His upper-90s fastball is ginormous—it was among the 25 best heaters in all of college baseball last season, according to Mason McRae's stuff+ metric (a proprietary stat that grades pitches based on their velocity and movement profile); his slider comes in different shapes, either as a put-away pitch with the biting, downward shape of a cotangent line or a rounder, loopier version that he can sneak in for a strike. Unlike most young flamethrowers, the right-handed Dollander has even integrated multiple offspeed pitches into his mix, attacking lefties with changeups and even peppering in a few curveballs for good measure.

While Dollander is impressive qualitatively, he’s somehow even more dominant from a quantitative perspective. Last season, Dollander became the first Volunteer to win SEC Pitcher of the Year since Luke Hochevar did in 2005. And he did it as a sophomore. In his first year in the SEC. As the best pitcher in the NCAA, Dollander went 10-0 with a 2.39 ERA and 12.3 strikeouts per nine innings; in other words, he was college baseball’s equivalent of Jacob DeGrom, except he had a better record.

On the mound, Dollander pitches with the kind of Trackman-optimized high-velocity, high-movement style that's taken over MLB. Off the field, he’s capitalized on NIL to grow as a player. In this sense, Dollander is a uniquely 2022 figure, a confluence of the major trends that have defined modern baseball. Last month, Dollander sat down with ONE37pm to talk about his novel approach to NIL deals and what it means to be the new face of college baseball.

ONE37pm: What do you look for when you partner with a brand?

Chase Dollander: I'm pretty much just focused on companies and brands that contribute to my health and performance. I want brands that will invest in me so I can invest in myself to be the best I can be. It’s about making sure that my body is right for the next day or the next game or the next start.

ONE37pm: What’s an example of an NIL deal that’s helped you do that?

Chase Dollander: I'm really excited to work with Therabody, which makes physical therapy “guns” and compression systems that help with muscle recovery. They’ve given me the tools so I can make sure that my body is feeling right whether I’m at home or on the road.  Another one that I'm pretty excited to work with is Six Star Pro Nutrition and we're working on finalizing a deal with them and that's basically going to give me the ability to address the nutritional side of our performance and recovery.

ONE37pm: What do you think clicked for you last season?

Chase Dollander: It’s cliche, but it’s 100% true that it really helps to have incredible teammates and coaches around me and know those people are all working for the same goal. It motivates you to become not just a better player, but also a better person. Other than that, I don't know if anything really “clicked” so much as I have continued to mature and get stronger and improve my pitch repertoire. But really, it’s been huge for me to be part of such a great program at Tennessee with great coaches and great teammates. It’s a great environment to come to the yard and compete every day to pursue the common goal of a national championship.

When did you realize you were as there any moment last year when you realized people were really attuned to the fact that you were doing something special?

Chase Dollander: It was more a feeling of seeing all the hard work starting to pay off. It really takes a lot of hard work to be able to do what we do. As an athlete, it's really nice to be able to see that come to fruition. But, yeah, I wouldn't really say it was like one single moment where I saw something on Twitter or Instagram or anything. There’s more of an internal feeling of internal affirmation that my efforts are being noticed.

After getting upset by Notre Dame in the Super Regional last year, do you worry if you'll be able to play with the same swagger and confidence as last year?

Chase Dollander: I don't think it'll be an issue, to be to be honest with you. I mean, we're still stuck on that same goal and that's to win a national championship. All we can do is take it one day, one practice. even one hour at a time and put our all of our focus and energy into becoming better baseball players and a better baseball team. The locker room is like one big family and when everybody has the same goal, it automatically creates that energy and that passion that everybody sees.

ONE37pm: How do you balance your long-term goals (staying healthy, making it to the Majors) with your short-term goals (pitching as much as possible and winning a national title)?

Chase Dollander: I try to stay focused on the present. You can't really look too far into the future—if you do, you're gonna kind of mess yourself up in your head and not really be able to engage with the present moment. You have to commit to the process of being the absolute best that you can be every day. And if you do that, the future just takes care of itself.