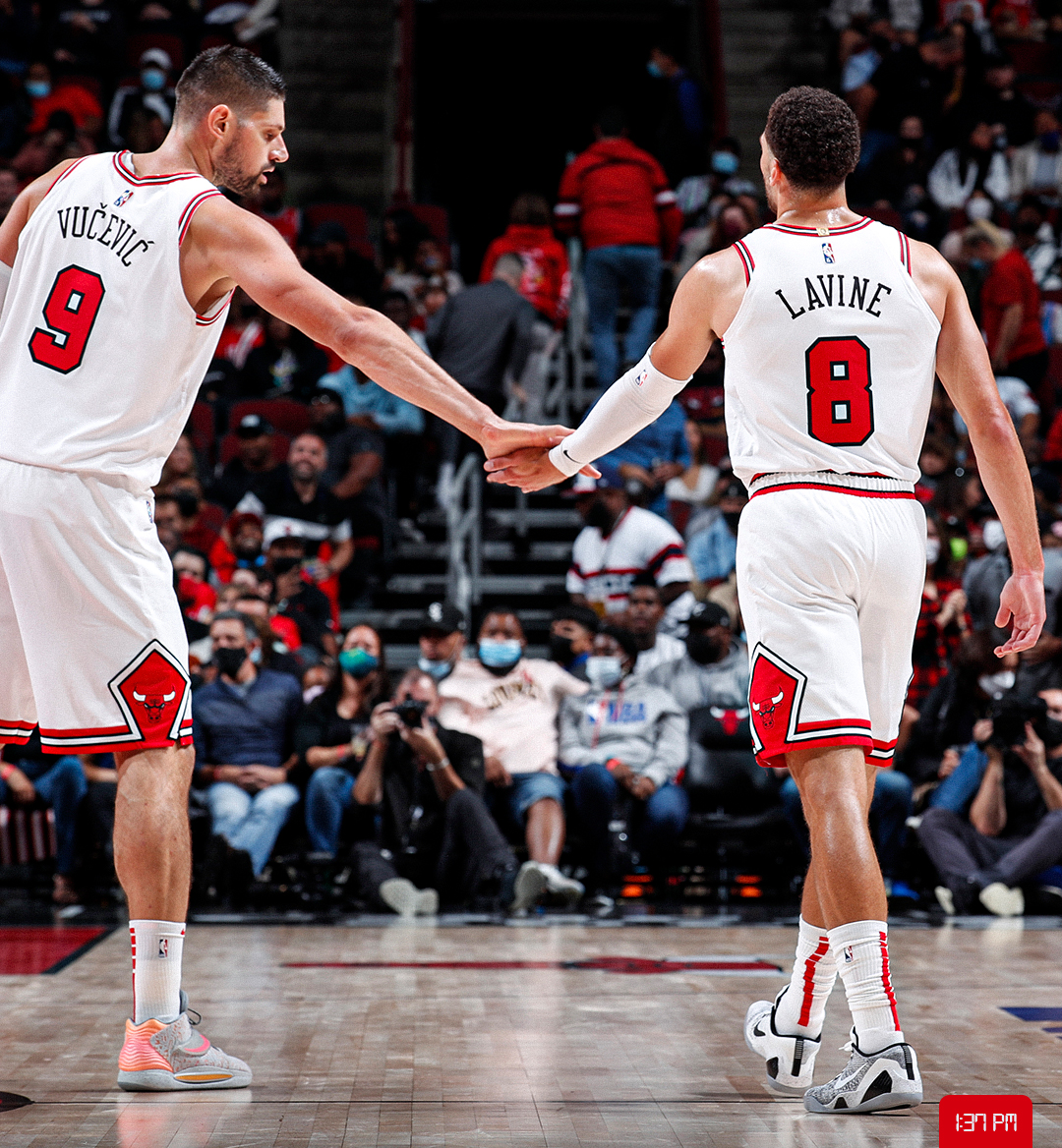 Some arenas occupy a special spot in hoops lore and the United Center—the house that Michael Jordan built—is no exception. Unfortunately, despite their vaunted court, the Chicago Bulls haven’t managed to attain that same success since Jordan retired in 1998. Until… now?

This season feels like a whole new ballgame for Bulls fans. With a completely revamped roster, new coaching and a front office that makes actual well thought-out decisions, there’s a chance that this year, Bulls fans will be watching their team play important games in May.

Over the summer, Arturas Karnišovas and the rest of the Bulls’ recently installed front office conducted a full make-over of Chicago’s roster; only two players (Zach Lavine and Coby White) remain on the roster from the despairing GarPax days. In their first major move of the off-season, the Bulls addressed their long standing need for a pure point guard by trading for Lonzo Ball. Although Ball lacks the ball-handling fluidity to be a permanent lead guard, he’s an intelligent and willing passer who will spring fast break opportunities for explosive wings like Lavine, Derrick Jones Jr. and Alex Caruso.

If acquiring Ball helps juice their transition attack, sign-and-trading for DeMar DeRozan was done with an eye on their half-court offense. Although DeRozan ostensibly overlaps with Lavine in both form and function, DeRozan was primarily used as a power forward last year in San Antonio. As such, DeRozan’s abilities as both a scorer and facilitator poses a matchup nightmare for the opposing power forwards who will be tasked with guarding him.

Similarly, Nikola Vucevic, their marquee addition at last year’s trade deadline, offers a surfeit of skill at the center position. Besides Nikola Jokic, no other big man in the NBA has the same level of fluency with the ball as Vucevic, who’s able to score at all three levels.

With most of Chicago’s recent moves focused on bolstering their offense, the Bulls are relying on sophomore forward Patrick Williams to anchor their defense. In many ways, Williams is the archetypal defensive stud in 2021. Although Williams has neither the size to be a true rim protector nor the spindliness to navigate screens on the perimeter against guards, he’s tremendously versatile and instinctive. Most of all, he’s an event-creator off the ball, wreaking havoc by lurking in passing lanes for steals or sliding over for blocks from the weakside. Playing alongside mediocre defenders like Lavine, DeRozan and Vucevic, Williams will be tasked with plugging leaks whenever and wherever they arise.

Up-tempo offense and smart defensive plays/rotations will be the Bulls’ calling card. Last season, the Bulls’ defense was threadbare at best, with almost no movement or rotations. Still, in their four preseason games, the Bulls now look like a revamped team with an aggressive new defensive scheme: with no free lanes given, every enemy drive to the basket yielded attacks on the ball.

Offensively, Chicago seems equipped to unload from well beyond the arc; with guys like Lavine and Vucevic shooting above 40 percent from deep, this is a team that has some serious three-point shooting artillery. Equally exciting is how many former dunk champions are on the team: Demar Derozan, Derrick Jones Jr., Zach Lavine. And those high-flying dunks will look even better coming off alley-oop assists from Ball and Caruso.

Ceiling And Floor For This Team

Ceiling: Three-seed in the East. The Bulls have what it takes to dominate in the East, although they probably can’t quite hang with Brooklyn or Milwaukee yet. Nonetheless, a three-seed would be a sizable win for the Bulls, who haven’t seen the playoffs in nearly five years.

Floor: Play-in tournament. Missing the playoffs will be a failure for this team; in fact, even finishing eighth would be disappointing.

Overall, this team has untapped potential, particularly as Zach Lavine comes into his own. Don’t be surprised if, all season, the buzz is about the madhouse on Madison.