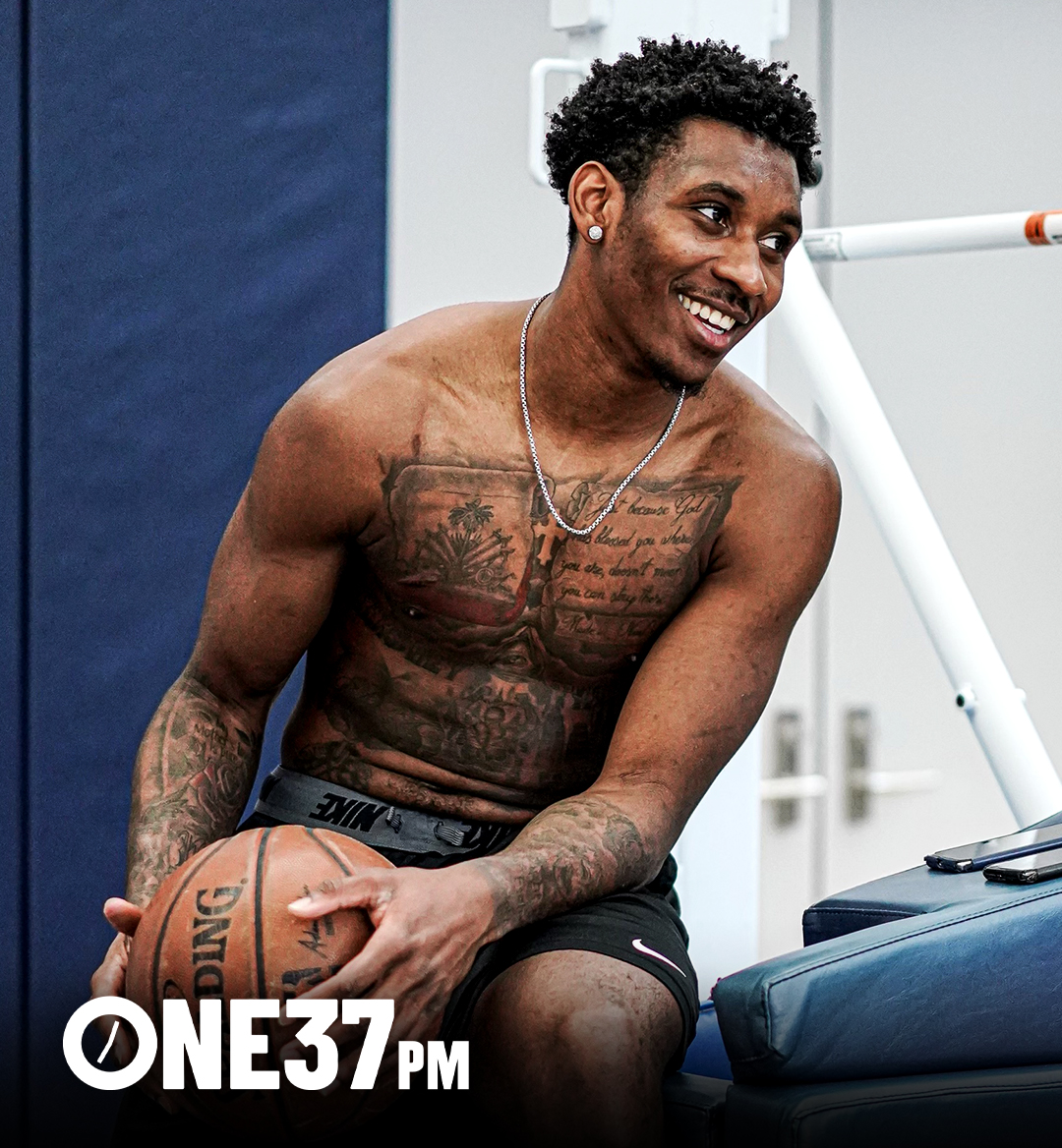 However, unlike other ex-Huskies from this year’s draft class, he had an opportunity to play in the G League. Vital was signed by the Memphis Grizzlies last month only to be waived after they signed Shaq Buchanan.

Per Rob Joyce of Radio.com, Vital was signed to an Exhibit 10 deal, so he will start the season in Orlando with the Memphis Hustle, as he looks to showcase his talents in the NBA G League.

Vital recently spoke with ONE37pm about preparing for this upcoming season with the G League’s Memphis Hustle, expectations, and how he wants to use his platform for positivity.

ONE37pm: Can you share with us how UConn helped prepare you for the NBA?

Vital: U Conn helped me prepare for the NBA in many ways. If you have any hopes of playing basketball at the next level, you want that next step to be the league. When you go on a recruitment trip and walk into the Gample Pavilion & Werth Champions Center, you see where guys like Ray Allen, Rip Hamilton, Caron Butler, Kemba Walker, Shabazz Napier, Andre Drummond, Rudy Gay, and Emeka Okafor walked before you. You see the university’s history and you’re working towards that as a player. So, when attending UConn, thinking of playing in the NBA is part of the process. It's not reinventing the wheel; there is a tradition at UConn, and you try to create a space within that tradition for yourself.

ONE37pm: Your final season with the Huskies was cut short due to this pandemic. During your time in quarantine, what did you learn the most about yourself?

Vital: I learned that I have a lot more time outside of basketball. I did a lot of soul-searching because you are so used to hopping on planes and getting on buses, so you rarely reflect on how much time has passed. When I first came to UConn, I was a teenager, and I left as a young man. This unique time period has helped me better understand the world and focus on what it truly means to play basketball at the professional level.

ONE37pm: How often did some of the UConn Alumni come back while you attended the university?

Vital: NBA players have a rigorous schedule, so it was not all the time. But, I was able to cross paths with Shabazz Napier, Kemba Walker was in attendance for the first night of my senior year, Ray Allen came by, and I got to see Rudy Gay. Those guys would come in and out if they had the time or get in some offseason workouts. I would ask questions and learn from them. They say there is no such thing as a dumb question, so I was trying to learn and obtain as much information and knowledge as possible to make myself a better player. Also, I learned that it is my duty to pay it forward and come back to mentor younger players in the future.

ONE37pm: You are gearing up to head to Orlando to play in the G League. How have you been preparing for this upcoming season?

Vital: It has been different, and it has been the craziest offseason I have had in my life. I have just been prepping, and usually, when you are preparing for the NBA, they have you flying and working out for different teams. However, during quarantine, you must depend on yourself because you don’t have the same routine in place. You need to make sure you’re eating the right things and doing your best to stay in shape. It’s tough to replace playing five on five at full speed, but you try to get with a trainer that you trust, someone that knows your game, your body, and try to establish a routine that will stick.

ONE37pm: I heard that you play a lot of chess. How does the game help you mentally on the basketball court?

Vital: In the game of chess, you must think at least three moves ahead. At the same time, elite players can think five, seven, or ten moves ahead. Like basketball, chess is a game based on runs and momentum; you need to be aware of when you have the momentum and knowing what to do with it. On the court, especially as a point guard, I need to consider everything; what offensive set to run, what shots to take, how the defense will react to a pick and roll, and making sure my big man gets touches so he stays engaged on both ends. Chess is only a two-person game, but basketball requires you to take into account nine other people, not including the referees. It is a constant reminder that you are not out there alone, and it’s my job to execute and get everyone involved.

ONE37pm: Is that something you would consider pursuing professionally after your basketball career is completed or in the offseason?

Vital: I have not thought about it. I have been recently watching Queen’s Gambit on Netflix, but I forgot that people still take chess very seriously. I have been so caught up in basketball and put everything else aside, but it is a great hobby for me. It forces me to think and use my mind, which is essential in all aspects of life. Your body can shut down, but as long as you have your mind, anything is possible. So, do I see myself doing that? I would not be opposed to it. I would love to find a way to include chess and basketball in the future, possibly at youth camps or events. It gives the youth a chance to discover new hobbies and show them different possibilities outside of basketball. So, we will see what happens down the line.

ONE37pm: Athletes are using their platforms to speak up for things that they believe in. What do you want to use your platform for?

Vital: Post-2020, I want to use my platform for positivity. The decade started with a lot of negativity. It was even tough for me; I did not get drafted. I played well, and I felt like it was some of my college career's best basketball. However, when the pandemic started, I never got the opportunity to play in the NCAA tournament. I had a goal, and it was on my checklist for this season; I believe we were approaching a berth into the conference tournament.

So, as we transition into a new year and as I begin my professional career, I want to use my platform for positivity because there have been a lot of things going on. For example, what happened on Capitol Hill earlier this month, which was crazy to see because it has you wondering what would happen if that was people who look like me engaging in that type of activity on federal property. But, I think it gets lost that we are all just people despite what color we might be.

We are all the same. It isn't easy to look past all that has happened, but it is also a moment where we can educate ourselves. Many people have platforms, and that is the one thing about this country, it is a democracy, and everyone is entitled to their own opinion. Still, we must educate ourselves fully before using our platforms to say how we feel. We need to make sure what is said is accurate and not something to spite others.