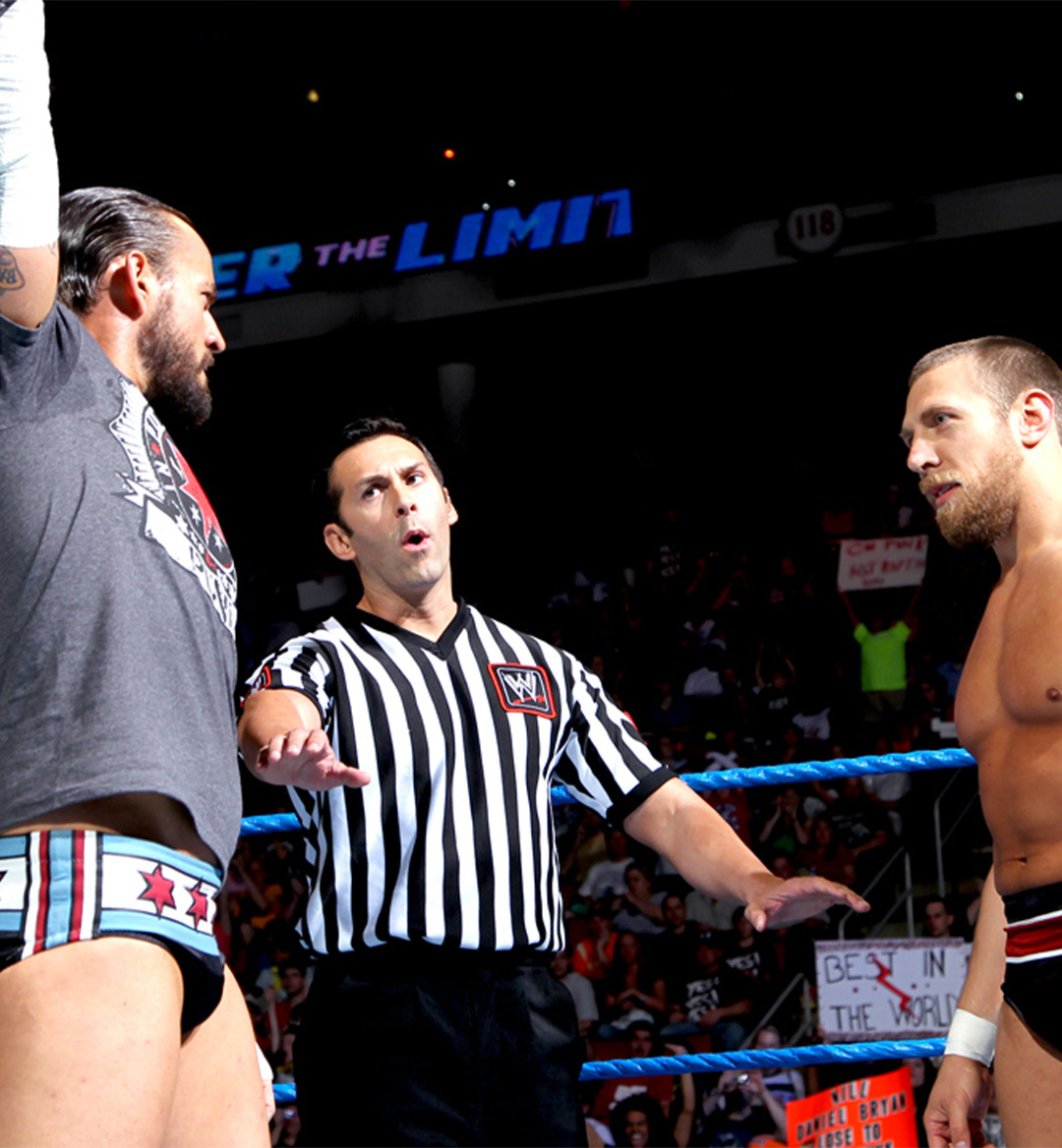 CM Punk has been in talks for a potential return to the ring, Fightful Select has learned.

Exclusive: Daniel Bryan Has Signed With AEW, Details On What He Asked For From Company #DanielBryan #AEW #AEWDynamite #AEWonTNT

The professional wrestling landscape is wild in 2021. Appreciative fans are back in the arenas & stadiums, companies are allowing cross-promotional matches to transpire, indies are making a welcome comeback, and big names are seemingly jumping ship for greener pastures. In the past year and a few months, the rosters of Impact Wrestling and All Elite Wrestling have expanded to include a number of ex-WWE superstars and contracted NJPW talent. Turning on an episode of Impact Wrestling and AEW Dynamite to watch the likes of Satoshi Kojima, Juice Robinson, Andrade El Idolo, and Malakai Black is the sort of thing wrestling fans never thought they’d ever see. And thanks to some recent rumors circulating throughout the IWC (that's Internet Wrestling Community, for those not in the know), those same fans might be treated to even more shocking developments within AEW in the coming months.

The two tweets above have probably made their way onto your timeline if they haven’t already. And based on recent developments within the ever-changing world of pro wrestling, those two monumental signings seem less like a dream scenario and more of a reality now. CM Punk’s return to the squared circle has become a running meme at this point. Every time a major PPV takes place, you can hit up a random comments section on a wrestling forum of some kind and see people’s hilarious “PUNK IS COMING BACK!” conspiracy theories littered all over it. Reading about Punk’s rumored talks with AEW feels like another desperate attempt at drumming up interest for his return for some. And for others, this latest rumor sounds like it actually has a sense of credibility to it. Punk’s failed UFC run and lackluster run as an analyst on WWE Backstage may have dulled the man’s shine a bit. But his presence is still strong enough to elicit a huge reaction from wrestling fans and increase AEW’s relevance amongst fans far & wide.

The prospect of Punk doing business with AEW is highly intriguing. His mic skills are still sharp and, if he’s willing to get back into wrestling shape, can provide another amazing worker for the upstart wrestling promotion. Getting Punk involved in dream matches and feuds with the likes of Kenny Omega, Adam Page, MJF, and Darby Allin could be electrifying. And as someone that’s been at the very top of the pro wrestling scene throughout different points in his career, Punk has the experience and knowledge needed to tighten up the younger generation that AEW houses. Punk’s legal woes with his former best friend Colt Cabana would certainly have to be remedied before this deal really comes to fruition, however. If that major hurdle can be overcome, then Punk would make a great addition to AEW’s friendly backstage atmosphere. Debuting Punk in All Out in Chicago and having him target the AEW World Champion would surely be a wrestling moment for the ages. Here’s hoping AEW secures the rights to either Living Colour’s “Cult of Personality” or even his ROH theme song “Miseria Cantare - The Beginning” by AFI.

Now let’s have a chat about the “American Dragon.” Daniel Bryan has done anything and everything there is to do within WWE - he’s won world titles, delivered great matches with a wide swath of equally impressive wrestlers, and produced a wealth of unforgettable moments that have guaranteed him a WWE Hall of Fame spot in the future. After losing his last televised match to Roman Reigns, everyone has been itching to find out if he’d resign with WWE or take his talents elsewhere. If the rumors are indeed true, then we could all bear witness to one of the craziest pops in AEW’s short history. If Tony Khan is willing to throw a bag of cash at acquiring the rights to Europe’s “The Final Countdown,” then Bryan’s first-time appearance in AEW would blow everyone’s minds and evoke memories of the early 2000s golden era of indy wrestling. Bringing him out at AEW’s New York City debut in Arthur Ashe Stadium would get quite the pop, wouldn't it?

Today’s version of Daniel Bryan is an asset to whichever wrestling company chooses to bring him into the fold. His most recent performances point to a man that still has a lot of gas left in the tank. And with such a huge gathering of quality wrestlers on hand in AEW, Bryan has so many opportunities to deliver modern-day classics this late in his career. The world would rejoice if Bryan stepped into the ring to lock horns with Omega, Malakai Black, Pac, and Rey Fenix. Even a comedy/shockingly competitive match with Orange Cassidy could produce an unexpected gem! Bryan signing with AEW elicits even more excitement when you consider the possibility of him getting the chance to also ply his trade in New Japan Pro Wrestling. Bryan’s a pro wrestling purist who would surely jump at the chance to go head to head with Shingo Takagi, Kota Ibushi, Hiroshi Tanahashi, and Kazuchika Okada. And those are the sorts of international dream matches the world needs to see.

AEW signing both Punk and Bryan could be the next step towards it becoming even more of a legitimate force in the ever-expanding world of professional wrestling. With a new Friday night show on the schedule, a roster full of noteworthy pros, and an increasingly large amount of live event sellouts, those two mega acquisitions would most certainly prosper.

Starting Out in the Octagon: The 10 Most Impressive UFC Debuts

Aaron Judge Isn't the Dinger King; He's Something Even Cooler

The 30 Best WWE Wrestlers of All Time