The new college hoops season is well-stocked with fascinating players. These are the ones you need to know. 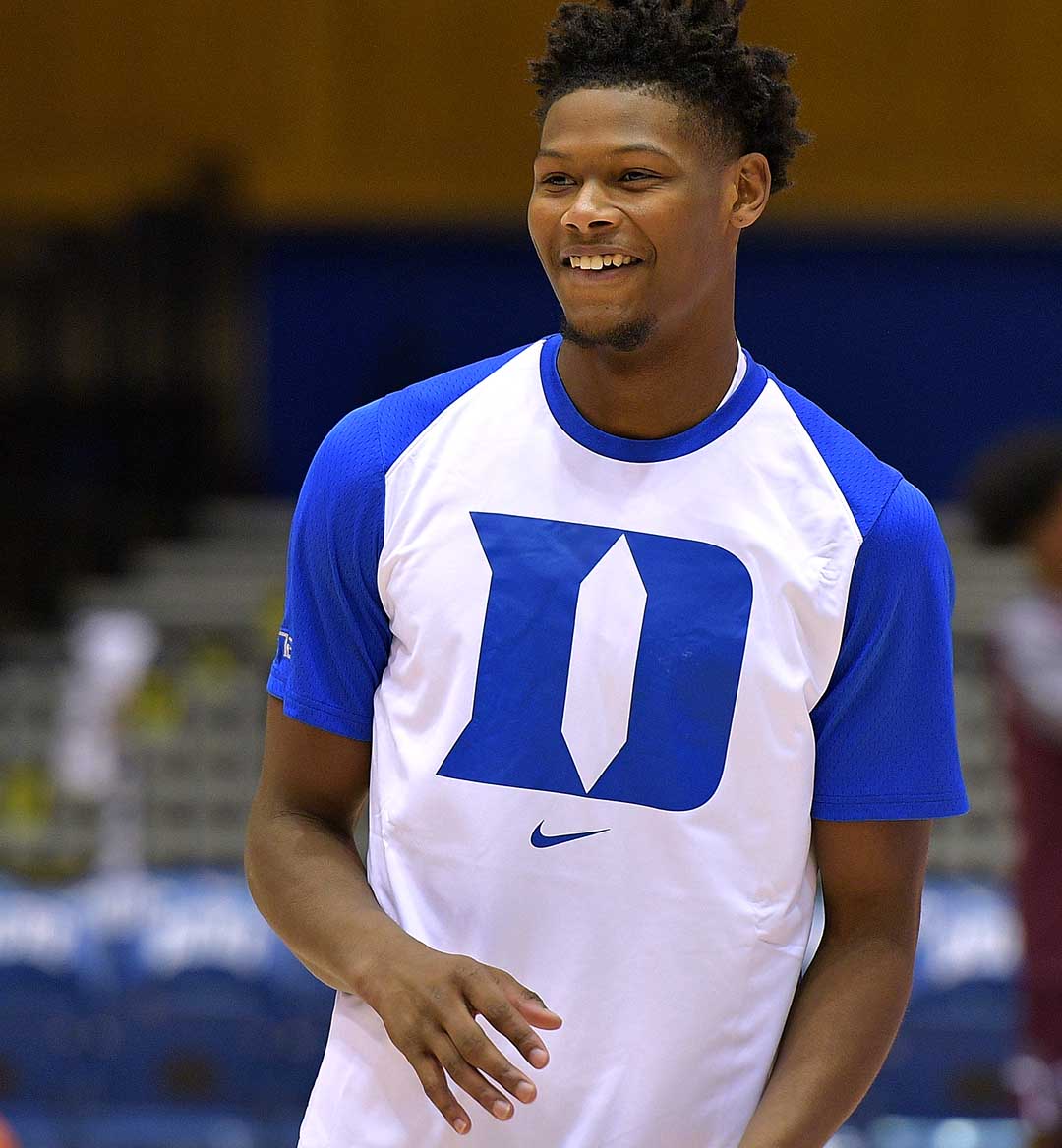 On Tuesday, the college hoops season debuted with the Champions Classic, featuring a Kansas-Michigan State/Duke-Kentucky double header and many great Zion dunks. While most casual basketball fans’ eyes are conditioned to follow the NBA more closely than college—especially at this point in the calendar—there are plenty of non-Zion-related reasons to lock into this year’s season. Here are seven.

Standing at an astounding 7’3’’, Bol Bol is in prime position to wreak havoc on the PAC-12. The Sudanese sensation is not your typical seven-footer. In high school, Bol Bol showed unlimited range and created off the dribble. The son of Manute Bol, Bol could likely be the next unicorn coveted by NBA GMs.

By joining fellow ESPN five star recruit in Louis King, Bol is ready to put Oregon back on the map as a national championship contender.

Paschall is just one of four returning players from last year’s national champion. Already dubbed as the leader of the pack, Paschall’s experience, tenacity and work ethic will be instrumental in helping Jay Wright lead a fresh group of Wildcat talent back to the Final Four.

Averaging just a little over ten points per game while grabbing roughly 5.5 boards a night, the New York native’s numbers increased heavily throughout the season, With McDonald’s All-American point guard Jahvon Quinerly taking the starting role from the departed Jalen Brunson, and Phil Booth bringing that veteran experience to mentor the young Jersey native, Nova is a team to watch and Paschall is a big reason why.

A small guy with a big heart, Tremont Waters is a point guard’s point guard. He brings passion, fire, speed, range and a huge knack for being a playmaker for purple and gold in Baton Rouge. The Connecticut native is a major reason why LSU will be starting their season in the top 25.

Last season, he averaged 15.9 points and 6.0 assists per game for an LSU team that finished 18 to 15. The last freshman to put up numbers like that was John Wall back in his freshman season at Kentucky. Expect Waters to be in the running as conference player of the year towards the end of the season as he will be in position to light up the competition while setting up newcomers such as Naz Reid and Aundre Hyatt, two highly touted incoming freshmen from this talented class of 2019.

While Caleb and his twin brother Cody surprised college hoops fans with a deep run in last year’s NCAA Tournament, Caleb was a stud for the Wolfpack all season long. The 6’7” combo forward averaged 18.9 points and 5.4 rebounds per game last season. With numbers this good, you'd think we would be talking about this stud being a major asset to an NBA team in his rookie campaign.

But nope—him and his brother Cody—have some unfinished business. Loaded with juniors and seniors, this Nevada squad will be in talks as an early favorite to be a part of this year's Final Four come March. They won’t get there without their superstar Caleb Martin, who's hoping for NBA scouts to drool over his size and scoring ability.

When you think about the new and improved Duke Blue Devils, names such as Tre Jones, RJ Barrett and Zion Williamson have been creating a major buzz on social media. But another name who is not being talked about the way he should be is yet another McDonald’s All American phenom from Norristown, PA.

Cam Reddish is a walking bucket. Granted he doesn’t have the publicity and social media exposure being gathered by his fellow superstar teammates in Williamson and Barrett, but Reddish's game is as cool as the other side of the pillow. The 6’8’’ small forward is dubbed as a top five lottery pick by many NBA scouts and insiders. This kid can do it all. He has an unlimited amount of moves to get him the hoop, great body control and freakish explosiveness off the ground; his game is being compared to Rudy Gay. With a freakish nine-foot standing reach, Reddish will be raising hell in the ACC and giving teams fits with his versatility. Don’t be surprised if this kid walks away with an All-American mention and National Freshman of the Year consideration.

As a sophomore, this scoring stud introduced himself to basketball fans in a big way. Returning as the reigning Jerry West winner—which is awarded to the nation’s best shooting guard—this Texas native is a favorite to nab the Naismith National Player of the Year trophy.

His numbers last season—averaging 18.5 points per game, to go along with nearly four rebounds and three assists a night—are among the reasons he’ll be considered. He’ll need help from his teammates if he wants to build a big junior campaign.

This scoring, playmaking savvy guard is a dark horse in the Naismith competition. A Brooklyn native who has decided to stay home to hoop for a hall of famer (Chris Mullin), Ponds has put college basketball back on the map in New York.

Last year, Ponds was just a couple of votes short from stealing conference player of the year honors from eventual winner Jalen Brunson. His outstanding scoring ability and his reputation of being a big game performer have followed him from his storied career beginning at Thomas Jefferson High School. Last year, Ponds had six games where he scored 30 points or more. At one point, Ponds was receiving nationwide attention in a two game span where he led his Red Storm squad towards major upsets over #1 Villanova and #4 Duke. In the win against the eventual national champions, Ponds had 26 points in 40 minutes of action. He follwed that up with an incredible 44 point performance over Duke.

Eventually finishing last season averaging 21.7 points per game, Ponds has a huge target on his back that makes him the most dangerous guard in the Big East conference. Tough, crafty, high IQ with a bulldog mentality, Ponds will be a force to reckoned with as he joins another high scoring guard in Mustapha Heron. With an SEC tournament title under his belt, Heron is making St. John’s relevant again.

With some tournament experience and a promising roster full of young talents, America may need to watch out for St. John’s as they can be bracket-busting contenders entering conference tournament time. If they emerge, be prepared for a Tom Sheppard-esque scoring display from Ponds.