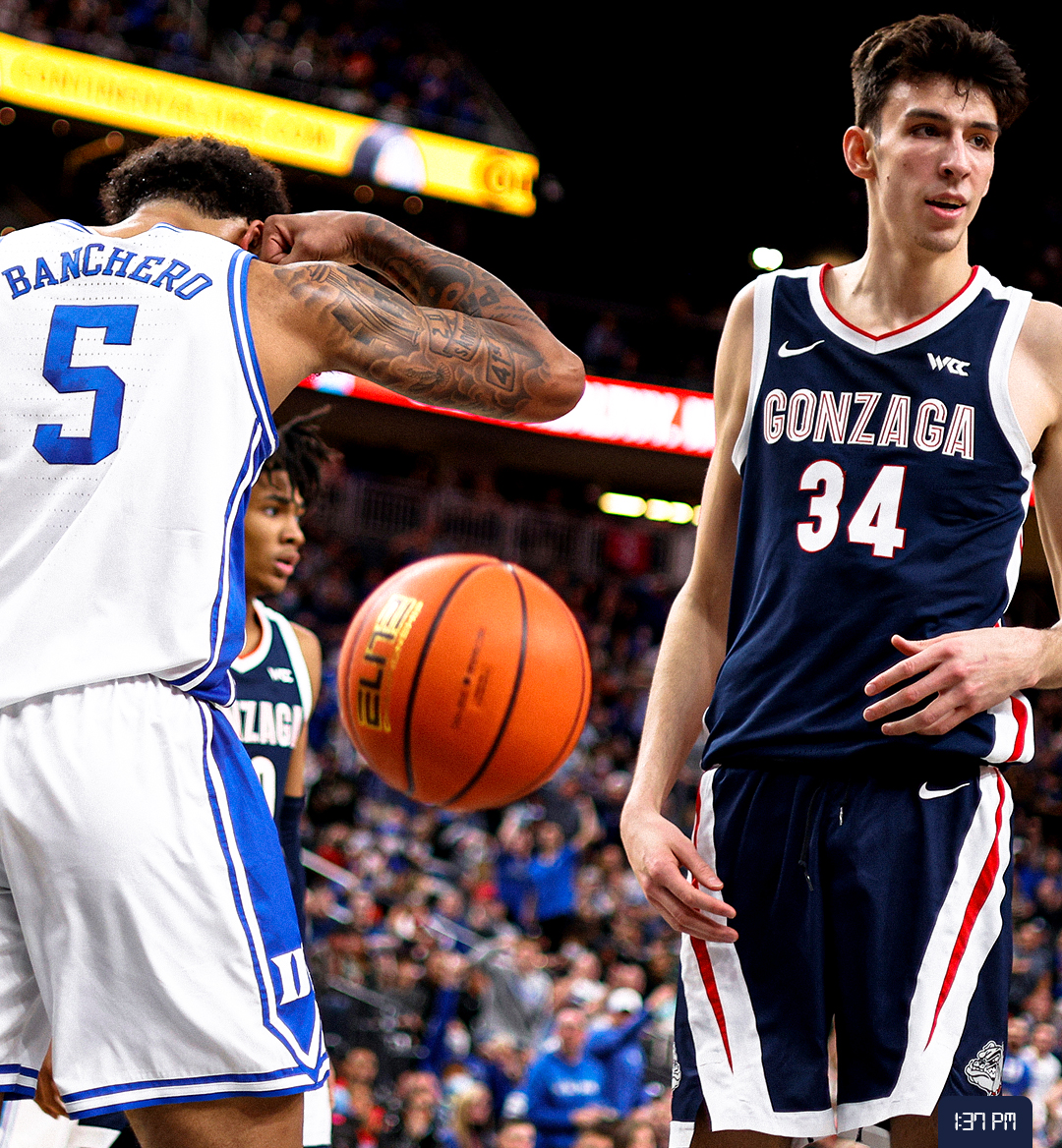 In any given year, there's usually one prospect who towers over his peers in the NBA Draft. This year, though, the conversation about who should be the #1 pick is more muddled. As we navigate through this men's college basketball season, Gonzaga's Chet Holmgren and Duke's Paolo Banchero are considered to be the headliners of next year's NBA Draft. But is it possible for either of them to become the draft's leading man?

The pair of five-star prospects from the Class of 2021 represents what basketball is about these days: A game where positions are simply a label for which role you fulfill on paper but not on the court because of massive transformation of skills, play calls, and body types. Whether you prefer Banchero or Holmgren is one thing, but how do you feel about their collective impact and ability to transition between now and the NBA in possibly less than a year?

When looking at Banchero's game at the next level, he will likely operate as a versatile combo forward with the ball-skills to be a go-to scorer on the perimeter and the size (6-foot-10 250 pounds) to operate inside. During Duke's 84-81 win over Holmgren and Gonzaga a week ago, Banchero displayed his scoring prowess, putting up 20 points in the first half of that game.

But for everything to like— and honestly love—about the Duke product's game, there's an equal amount of things to enjoy about Holmgren, if not more. Even though Holmgren doesn't have the same ceiling as Banchero as a scorer, he has a higher ceiling because of his potential as an ultra-competitive rim-protecting and playmaking center with the height (seven-foot) and wingspan (seven-foot-six) that NBA teams are drooling over right now. And by the way? Last year's National High School Player of the Year can score, as proven by his 71% field goal percentage and 36% mark from downtown this season.

Even if both players have only had a handful of chances to showcase their talents to a national audience, both players have demonstrated their respective strengths and weaknesses. Banchero is not having a problem scoring at this level and being a leader, but he's struggling with his conditioning and is limited defensively by his relatively short wingspan. On the other hand, with Holmgren, we have to see how he holds up against bigger opponents given his thin frame and whether or not he's able to take over a game for Gonzaga when necessary.

With four-plus months remaining in this men's college basketball season, there will be enough time to elevate, discuss, and support these tremendous young players.