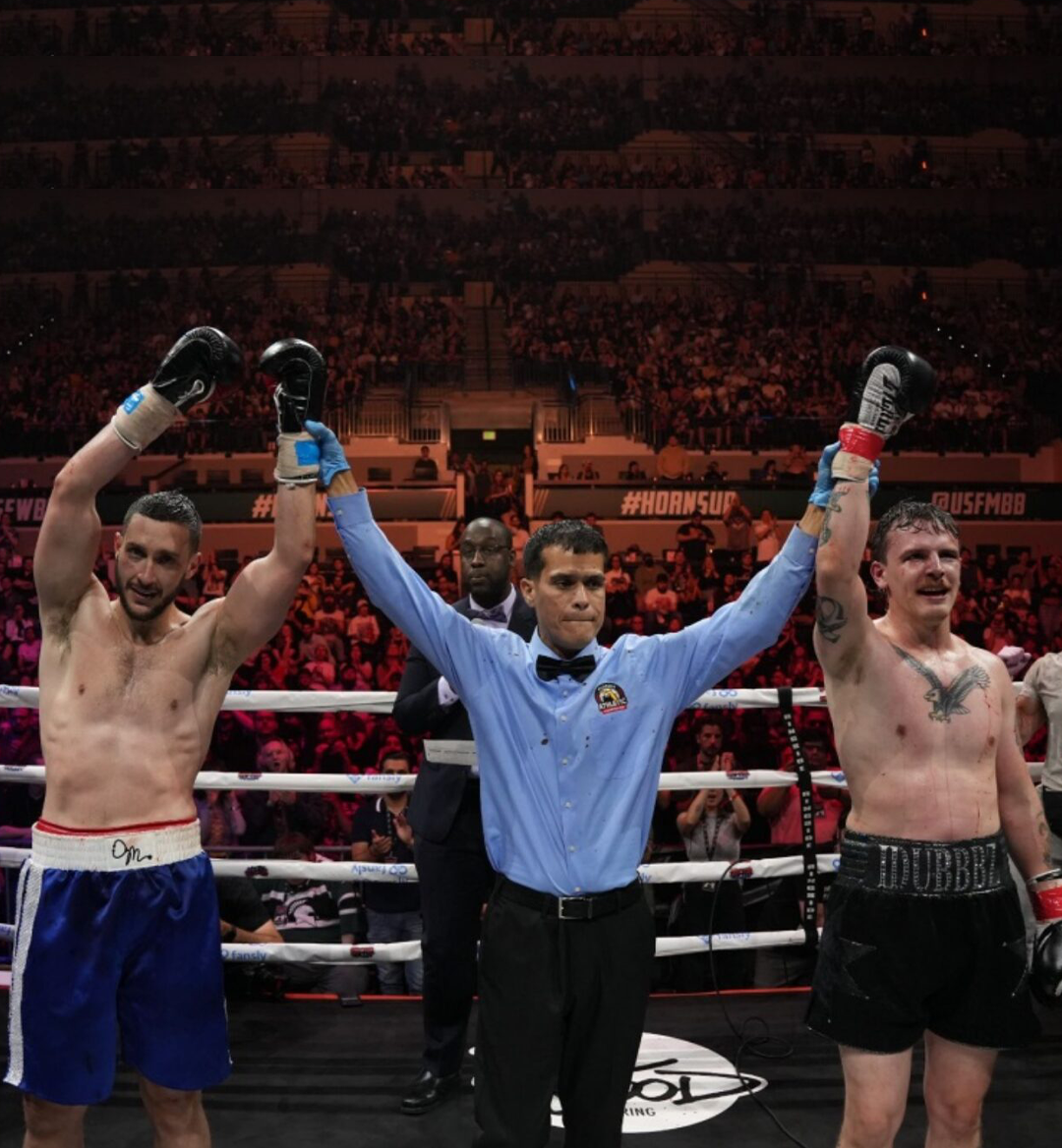 If you’ve ever watched a youtube/influencer boxing event you’ve probably thought the same thing. These guys look like they have no idea what they are doing and why is there so much fake beef? These events are usually hyped up with press conferences where opponents will wager tattoos or in some cases lump sums of money. Reformed troll and meme connoisseur Idubbbz has transformed the youtube boxing scene by putting together an event that dismisses both these recurring issues. Here’s why Creator Clash is a youtube boxing event you should be watching.

On May 14th, some of the biggest names on youtube took to Yuengling Center in Tampa, Florida for the first ever Creator Clash. In most youtube boxing events, the emphasis is always on who is fighting. Creator Clash however wanted to put the focus on boxing itself. They went through a long vetting process to ensure that those who competed would train properly and be in shape for a full exhibition fight. In turn, the event was a huge success selling out over 10,000 in-person tickets and raising over $1.3 million dollars for charity. Here are the most memorable moments of the night.

The first notable fight took place between two of the most unlikely competitors. Graham Stephen is a 30 year old real estate agent and finance youtuber who regularly produces videos on stock market trends. Michel Reeves is a 24 year old youtuber/engineer who goes viral for his videos building robots and teaching them how to do… well this. Both these guys are known for their brains not their brawn, so when they agreed to fight it shocked both their audiences. Michael Reeves proved to be robotic with his jabs and was able to secure a TKO in the late second round.

#creatorclash imagine fighting for ur life on the ring and ur opponent is just smiling 💀 pic.twitter.com/vOizm37aUV

The only fight on the Creator Clash card headlined by two Women took place against lifestyle streamer/youtube JustaMinx and Tik Toker YodelingHaley. If you wanted a fight full of wild haymakers, bloody combos, and even mid-fight emoting, this fight delivered all that and more. The most memorable moment of this fight was watching Minx deliver a deadly combo of shots with the biggest smile on her face while Haley fights to stay on her feet. Minx won the fight by TKO in the fourth round.

In the early days of youtube there was one channel that sat at the mountain top of viral content: Epic Meal Times. The youtube cooking show where a couple of buddies in Canada would put together large concoctions of fast food horror and then feast like kings, hosted by Harley Morenstein. Arin Hanson on the other hand, hosts the youtube channel Egoraptor where he makes parody cartoons of different video games. Harley proved to possess killer footwork and poise as he took the fight in the second round by TKO. After taking the win, Harley knew exactly how to draw a crowd for the rumored second Creator Clash. First he gave props to his competitor, then poetically name dropped who his next opponent should be… DrDisrespect.

The headlining fight of the night was highlighted by Creator Clash founder Idubbbz and Physician/Youtuber Dr.Mike. Dr.Mike is known for his youtube channel where he gives health advice while breaking down health myths and has built a following of nearly 10 million users on the platform. Idubbbz has been a staple in the youtube meme community since its conception. Dr.Mike dominated the match and won the fight by unanimous decision. Idubbbz showed a level of resiliency that no one expected, not getting knocked down a single time during the fight.

We all did an amazing thing here. Thank you so much to everyone who purchased a ticket/ participated in the event. This money will help a lot of people.

Although Idubbbz has been looked at as an infamous character on the platform, he put that ego aside and engineered what I believe to be the most well put together youtube boxing event to date. All the competitors put in a high level of training to get their mind and body in the right shape and it showed. An aspect of this event I found enjoyable was the mutual respect shown between fighters. Every post-fight you could see the two warriors embrace in the middle of the ring, unlike the back and forth barking we see in other influencer boxing events. In a recent press release it was announced that Creator Clash 2 is in the works for spring 2023 and I could not be more excited. The potential this event has to raise a significant amount of money for charity and introduce a new audience to the sport of boxing is what distances it from other similar events. Keep your eye on Creator Clash 2, because your favorite YouTuber may just be fighting in it.