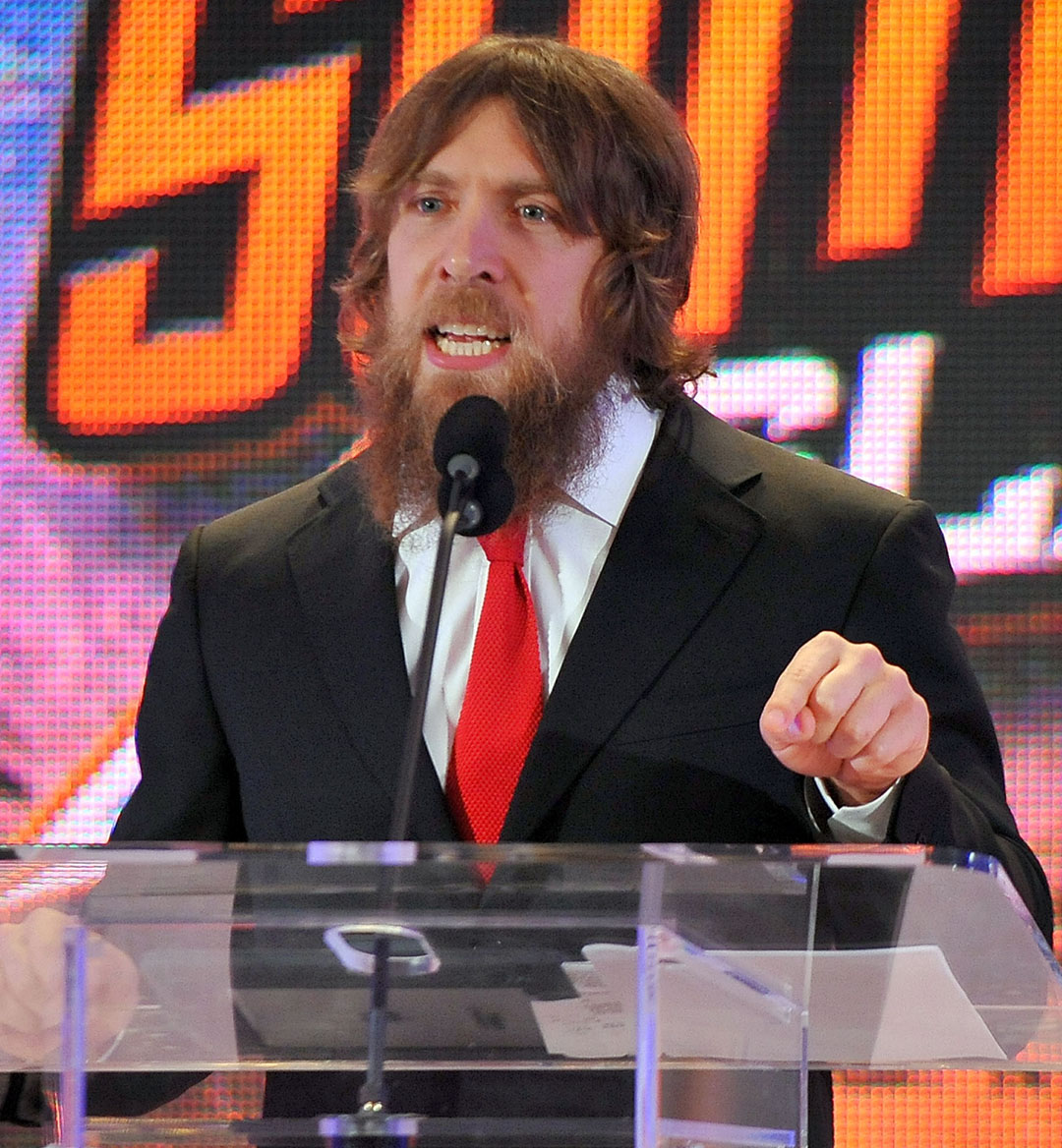 Wrestling fans love an underdog story, and there’s perhaps been no tale of unlikely triumph greater than that of diminutive superstar Daniel Bryan. Traversing the indies for years until he finally made his way into the WWE, where he was repeatedly underestimated and undervalued, Bryan overcame both in and out of kayfabe resistance from the company to become a four-time heavyweight champion and a deeply beloved fan favorite.

But the latest iteration of the character has ditched the plucky aesthetic of his former self in favor of a shrill, vaguely paranoiac new persona—a noxious, liberal, vegan. Pro-wrestlers re-imagining their alter egos is nothing new in the kind of long-form serial narrative characteristic of the genre, but this particular change may reflect both a new direction and a new conundrum the WWE could be barreling into headfirst.

Non wrestling fans who are wondering what’s up with wrestling, check this shit out pic.twitter.com/lxmWIQxl2S

Bryan had only just returned as an active wrestler last March—in 2016, he was forced into temporary retirement due to severe injuries and concussions that had caused him to suffer seizures. Bryan had repeatedly voiced his desire to get back in the ring despite advice from doctors. WWE placed Bryan in an on-camera managerial position. When he was finally medically cleared it was cause for momentous celebration for him and his fans. Bryan ascended to top title contention but quickly revealed a new, nefarious side when he captured a heavyweight title victory from rival AJ Styles, hitting him below the belt.

From there, Bryan’s persona drifted into the bizarre: his IRL lefty political leanings (about which he had never been particularly shy) became a focal point of his in-ring promos as he decried meat eaters, baby boomers, and the “fickle” WWE audience who began, after years of worshipping him, to boo. One of Bryan’s speeches was so scathingly anti-capitalist it was even praised by leftist academic Naomi Klein. On a January 29 episode of Smackdown, Bryan went as far as tossing away the leather title belt and replacing it with a comically hideous wood and hemp replica, which was later celebrated by PETA. (In out-of-kayfabe media, it has since been confirmed that the shift in tone for the character comes from Bryan himself.)

The WWE has never shied away from dramatically depicting current-day cultural anxieties and has for decades played with fears about international skirmishes and racial stereotypes. But the company now finds itself in a bizarre political position: Although it continues to donate millions of dollars to the Trump Foundation and forge pacts with the Saudi Arabian government, the WWE otherwise has put forward an optics of progressive values. The latest Daniel Bryan story puts this dilemma into plain sight.

Although the WWE continues to be run by Vince McMahon, a somewhat Trumpian leader (whose wife, Linda McMahon, even serves in Trump’s cabinet), it is Vince’s daughter Stephanie McMahon (the current Chief Brand Officer of the WWE) and her husband Paul Levesque aka Triple H, who often serve as voices for what appear to be liberal causes. Stephanie, specifically, has been the face of the move towards gender parity in the WWE and has been adamant about advancing the status of women’s wrestling, a change which has been rather successful in terms of garnering the brand’s female talent newfound respect and admiration. In 2016 she had similarly taken on a series of meetings with GLAAD in the hopes of introducing more LGBTQ storylines to the WWE’s programming, although the results of these discussions have yet to materialize on a broadcast.

The motivations of the WWE are confusing. Fans are quick to decry Stephanie’s progressive gestures as disingenuous publicity grabs, with many repeatedly citing her quippy catchphrase—“Philanthropy is the future of marketing”—as a way of pointing out the insincerity of much of her work. And although the WWE has begun to controversially flirt with intergender wrestling once again and has introduced one non-stereotypical Muslim main character, many of the increasingly bawdy current storylines generated today continue to feel rather retrogressive even as Vince vaguely promises improvements.

Is it that this massive corporation knows they’d lose fans—most of whom are, despite stereotypes, actually quite liberal—should they express overtly conservative sentiments on air? Are there warring factions within the company fighting with different political motives? Are these political stories self-conscious and self-reflexive or are they simply going for the lowest common denominator? Is the WWE speaking out of both sides of its mouth for centrist appeal? Or is it that the WWE’s incoherent politics are yet another symptom of our schizophrenic cultural zeitgeist?

With this lack of clarity, the future of the WWE’s narrative direction and the Daniel Bryan plot is hard to predict. Amidst the on-screen feuding, Bryan’s rival AJ Styles (ostensibly the good guy in this story, accompanied by Vince himself) appeared on a conservative podcast to chastise Gillette's “toxic masculinity” commercial, hate on “PC culture” and espouse flat earth conspiracy theories. So although fans say it is Bryan’s bad attitude and not his politics that make him a heel, we essentially have a deeply conservative company putting forth a story in which a socialist millennial is the villain and a truculent southerner with a homophobic and racist past as the hero. All this is made ever-more complicated by the fact that Bryan remains almost unparalleled as a charismatic performer, making it even more difficult to spot the insidiousness of this plot for what it actually is. What Bryan imagines for the future of his character or his role in the WWE’s agenda is not currently known — although he has been vocally opposed to the WWE’s shady Middle Eastern dealings in the past.

If the WWE thinks audiences aren’t smart enough to notice the socio-political context and not-so-subtle hypocrisy of the new Daniel Bryan narrative, they’re wrong. Even the WWE’s most devout fans are quick to recall the company’s long history of unapologetic political deceptiveness. At a moment when left movements are increasingly vilified, this latest Daniel Bryan story puts the company into uncomfortable territory for many fans who want to continue supporting Vince’s empire despite having to compromise their morals to do so.

It may be easy to buy into the silliness of this narrative strain—especially because Bryan is such a skilled and charming performer—but behind the escapism, something far more dangerous may be lurking.