Is DeMar DeRozan a Top Ten Player in the NBA? 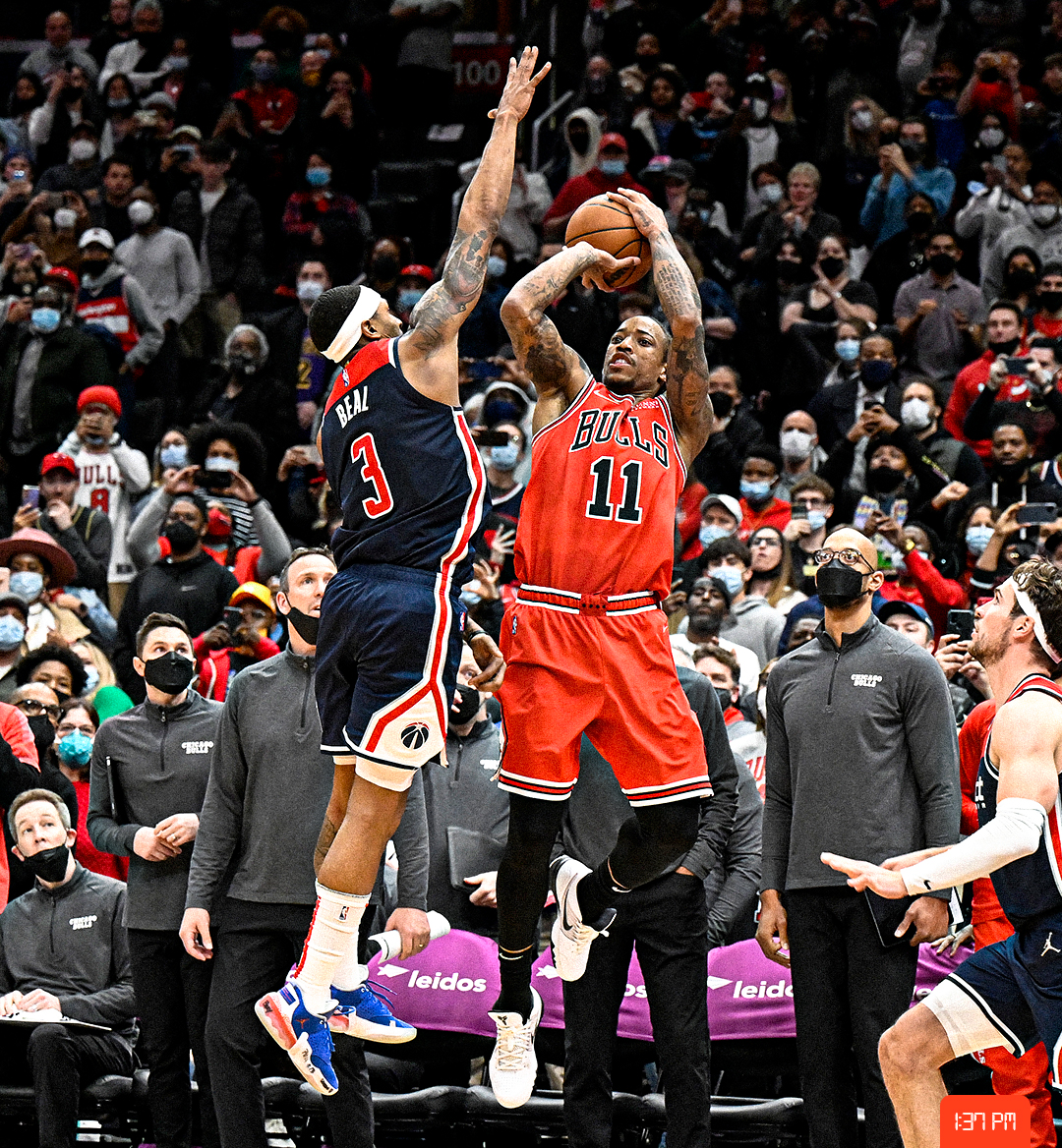 In 2018, DeMar DeRozan was selected to the All-NBA 2nd Team, an honor generally reserved for that season's best performers. A title DeRozan, at the time, appeared worthy of earning.

Unfortunately, a few weeks later, all that goodwill was erased when DeRozan’s precious Raptors were expelled by Lebron James, the team's third straight defeat at the hands of The King and his royal band of subjects. This premature exit triggered a wave of revisionist history, casting a shadow over DeRozan's entire legacy.

It didn't help matters that DeRozan spent the next three seasons toiling away on the once-glorious and now-middling San Antonio Spurs while his former team secured its first-ever NBA title. In the public eye, DeRozan was no longer an All-NBA player. Heck, he was barely in the public eye at all while he toiled in relative obscurity in San Antonio; as a Spur, he didn’t make a single All-Star Game, after starting in the game during his last two seasons as a Raptor.

Fast forward to today and DeRozan is on the Chicago Bulls, where his presence on a competitive roster that caters to his strengths has the basketball world playing an entirely different tune about his standing as a player.

So now the question becomes, is DeMar DeRozan a top-10 player in the league this season?

The Case for DeMar DeRozan

Right now, DeRozan is averaging 27.7 points per 75 possessions. Which, as it stands, places him at tenth in the league (per Backpicks). His scoring volume is the highest it has been since 2016-17, and he’s accomplishing this feat in the most DeRozian manner possible: through a steady diet of isolations, post-ups, pick-and-rolls, and free throws.

To paint a picture of his dominance this season, here’s a look at how he compares to the field in those previously mentioned facets of the game: 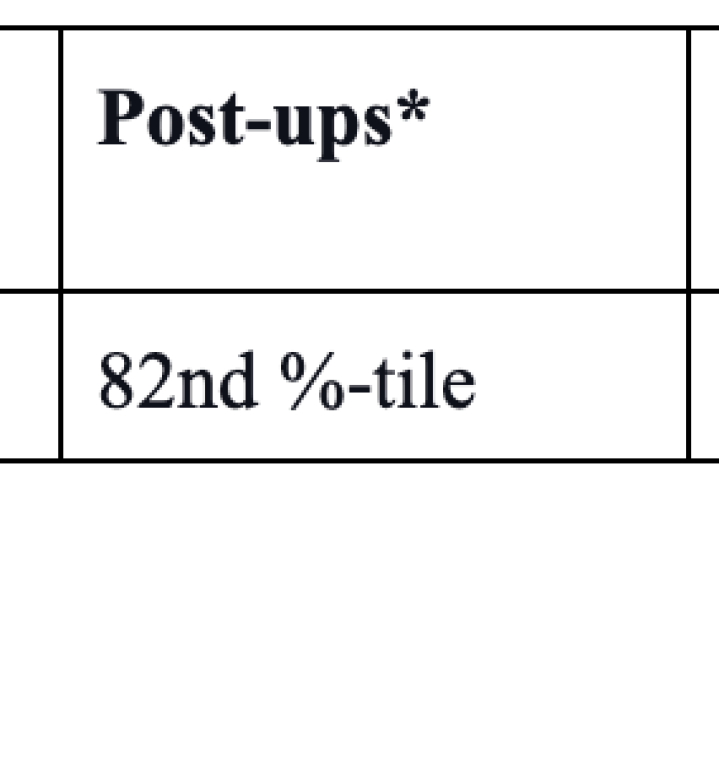 Even more impressive than his isolation efficiency is the fact that he’s sustaining it over a large volume of attempts—DeRozan puts up 1.14 point per possession in isolation, the most out of any player who has played at least 20 games and averages at least two isolation possessions per game,  (per NBA.com). In essence, his isolation possessions are as efficient as the Atlanta Hawks offense attack (the second-best offense in the league).

The key to his isolation game revolves around his systematic shift from long, inefficient two’s to short hyper-efficient ones.

This season, DeRozan is shooting 30 percent of his shots from between 10-16 feet (the highest proportion of his career) and converting an astonishing 55% of those looks (also a career-high). Any coach will tell you that having a midrange “bucket-getter” you can turn to is an absolute necessity at the highest levels, and DeRozan has been that guy and then some for the Bulls this season.

2. He makes his teammates better

Want to hear a dirty little secret? The best players in the league aren't necessarily the ones with the gaudiest stats or flashiest highlights; instead, they're the ones that provide the most championship value by augmenting the talents of their co-stars. And despite the success of some DeRozan-led bench units, he has also done a great job of amplifying the team’s other best players.

According to the good folks at PBP Stats, Ball, Lavine, and Vucevic all have better True Shooting percentages with their star power forward (yes, DeRozan is a forward now) on the floor than they do with him on the bench.

Vucevic’s synergy with DeRozan is especially impressive. When the two share the court, Vucevic's True Shooting increases six percentage points, his Effective Field Goal increases by six points as well, and his three-point accuracy increases by a whopping ten percent (per PBP Stats).

Many of the duo's hookups come off ball screens or dribble drives that allow DeRozan to bend the defense and swing it to his lumbering big man for open looks.

Beyond just feeding Vucevic a steady diet of good shots, DeRozan enjoys a highly symbiotic relationship with the rest of the Bulls’ roster. Regardless of how Vucevic’s high percentage looks are being fabricated, he and the rest of his teammates enjoy a highly symbiotic relationship with their brand new forward. That impact on teammates, coupled with his bonkers scoring outputs, should be enough to make him a top-10 player this season, right….

The Case Against DeRozan

1. His defense still ain’t it

The Bulls are a good defensive team, not because of DeRozan, but in spite of him. I made a point earlier that Chicago’s roster caters to his strengths, and this is definitely the case on defense. When their roster is fully healthy, DeRozan is almost always flanked by athletic perimeter defenders who can shore up the point-of-attack on his behalf because when DeRozan is left to his own devices, the results aren’t all that pretty.

Many non-big men are able to compensate for their shortcomings on the perimeter by creating plays by forcing turnovers (see: Ball, LaMelo). Still, this alternative assignment has not been much of an option for DeRozan this season as he currently ranks in the 29th percentile in steal percentage for his position (per Cleaning the Glass). From watching him, it appears that a big reason for his invisibility in the passing lanes is rooted in his technique. Whereas the most disruptive defenders constantly have their arms high and wide, DeRozan’s hands are usually near his waist on most possessions, which leaves room for pocket passes like this one to slither right by him:

Oh, and remember how he almost won the dunk contest awhile back? Yeah, he doesn’t really get vertical anymore, particularly on defense.

Despite the fact that he can sometimes impose his strength on that end of the floor (he can temporarily bang with bigs and keep slower guys in front of him), even the most optimistic evaluation of his performance won’t be particularly glowing. At best, he’s the fourth best defender in Chicago’s preferred closing lineup,, which hurts his chances in a top-10 argument.

2. Is he even actually a top 10 offensive player?

According to some of the most widely cited impact metrics, DeRozan sits outside of the top 10 on offense (Note: this only includes players who have played over 500 minutes this season): 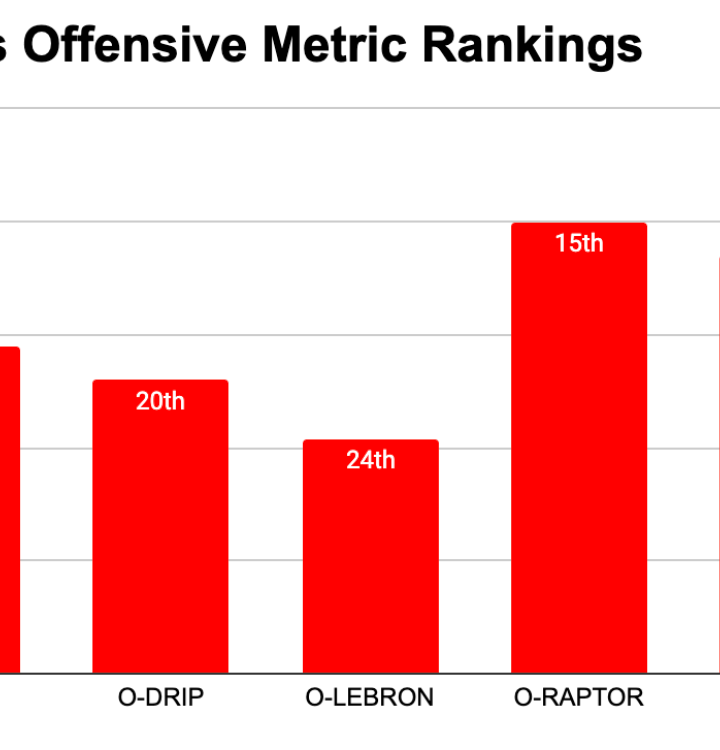 Now, you don’t need me to tell you that one-number metrics aren’t the end-all be-all in player evaluation, but when you dig deeper into some playmaking numbers, you start to see why he might rank below some other players in these stats.

Out of the thirteen best volume scorers in the league, DeRozan ranks dead last in open shots created per 100 possessions (per Backpicks). While DeRozan certainly has tremendous gravity as a scorer and frequently draws two defenders to the ball, his instincts as a scorer suppress his creation numbers; he naturally tends to search for an open lane rather than an open man.

In the next sequence of clips, look at the ball, but also pay attention to the passes available to him that he doesn’t make:

Nevertheless, he’s still one of the better playmakers in our game. But in a league as talented as the one that exists today, a few missed passes throughout the course of a game could be just enough to prevent DeRozan from being one of the NBA's mega-elite offensive engines, and ultimately, out of the top 10 players overall.

So: is DeRozan a top-10 player in the league this season?

Who can say! This answer is a kind of a cop-out, but, as of right now, I'm not entirely sure. My more long-winded answer is that he's not having a better season than Curry, Durant, Antetokounmpo, James, Jokic, or Embiid, so that takes six spots right there. You could also argue that guys like Butler, Harden, Young, Mitchell, Doncic, Lillard, and even his own teammate, Zach Lavine, have had better seasons thus far than DeMar DeRozan. Honestly, though, that isn't the point. The point is he's in the mix. And if you ask me, that's one heck of a redemption.