What's Next For Devin Booker and Nike? 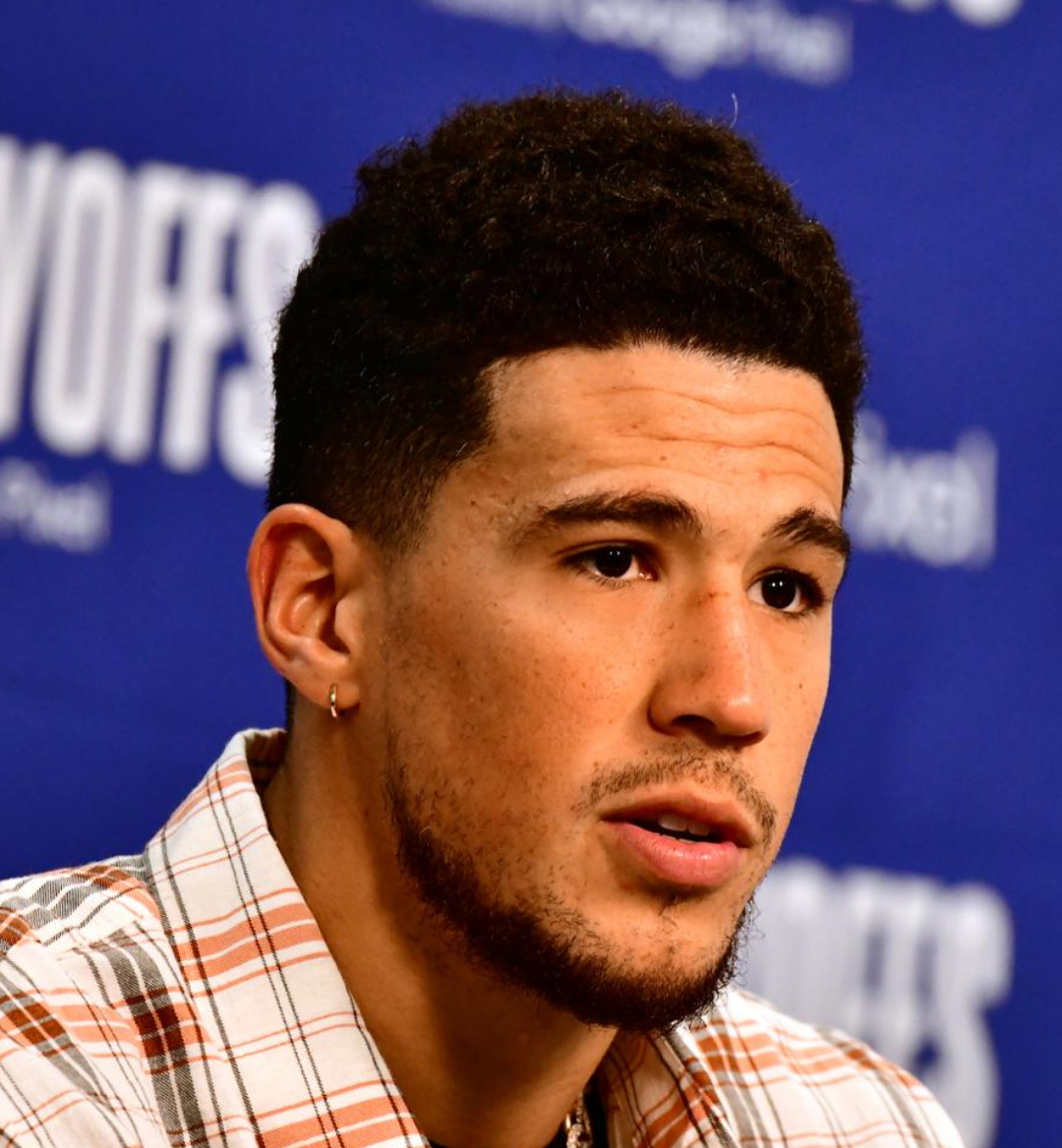 Even though Devin Booker's season didn't end the way he wanted, his offseason has gotten off to a great start. Just minutes after free agency started nearly two weeks ago, the Phoenix Suns All-Star signed a super-max extension worth $224 million. Then he was named the cover athlete of the NBA2K23 video game. And now? Booker has signed another new extension-- this time with sneaker giant Nike.

What a week for Devin Bookerhttps://t.co/31w13PVPyC

Having been signed to the 'Swoosh' since arriving in the NBA seven years ago, Booker has proven to be a successful investment. Despite what some fans say about him, Booker is well-liked and accomplished--a high-level player who is clutch, hasn't abandoned his team yet, and is racking up endorsements at the same rate as All-Star (three times) and All-NBA team appearances (Just made his first one this year).

So when considering that and the details of Booker's latest extension, which is rumored to be six years long, the question is, what's next for Booker and Nike? Suppose you were to go off the company's current handlings of their NBA stars (Think LeBron James, Kevin Durant, and Giannis Antetokounmpo, for example). Would these following options be the most realistic?

Be Legendary in #NBA2K23

Similar to what Jordan Brand recently did with Jayson Tatum and the Air Jordan 36, Nike can make Booker their go-to player/litmus test to unveil new signature sneakers.

In his case, it makes too much sense for Booker to be the player revealing new color aways of the late Kobe Bryant's sneaker line, given their relationship and similarities in playing style.

Does Booker receives his own shoe and collection?

While this option is closer to unlikely than likely, given his lack of a championship, I wouldn't rule it out-- even if he doesn't win one within the next few years. Like any other shoe company, Nike is looking to build its following line of superstars, especially with LeBron James and Kevin Durant nearing the end of their careers.

A signature shoe and collection is never out of the question as long as D-Book continues playing at a high level.

Nothing changes (for now)

This option only exists because it could very well be the case. Nike doesn't have to elevate Booker's stature within the company. Not with LeBron and KD being their long-time acts, Antetokounmpo's line getting pushed following his 2021 championship run, and Kobe's on-court legacy properly preserved through his collection.

It's going to be a lot of fun watching these two sides continue their relationship! Congratulations to Devin Booker once again.