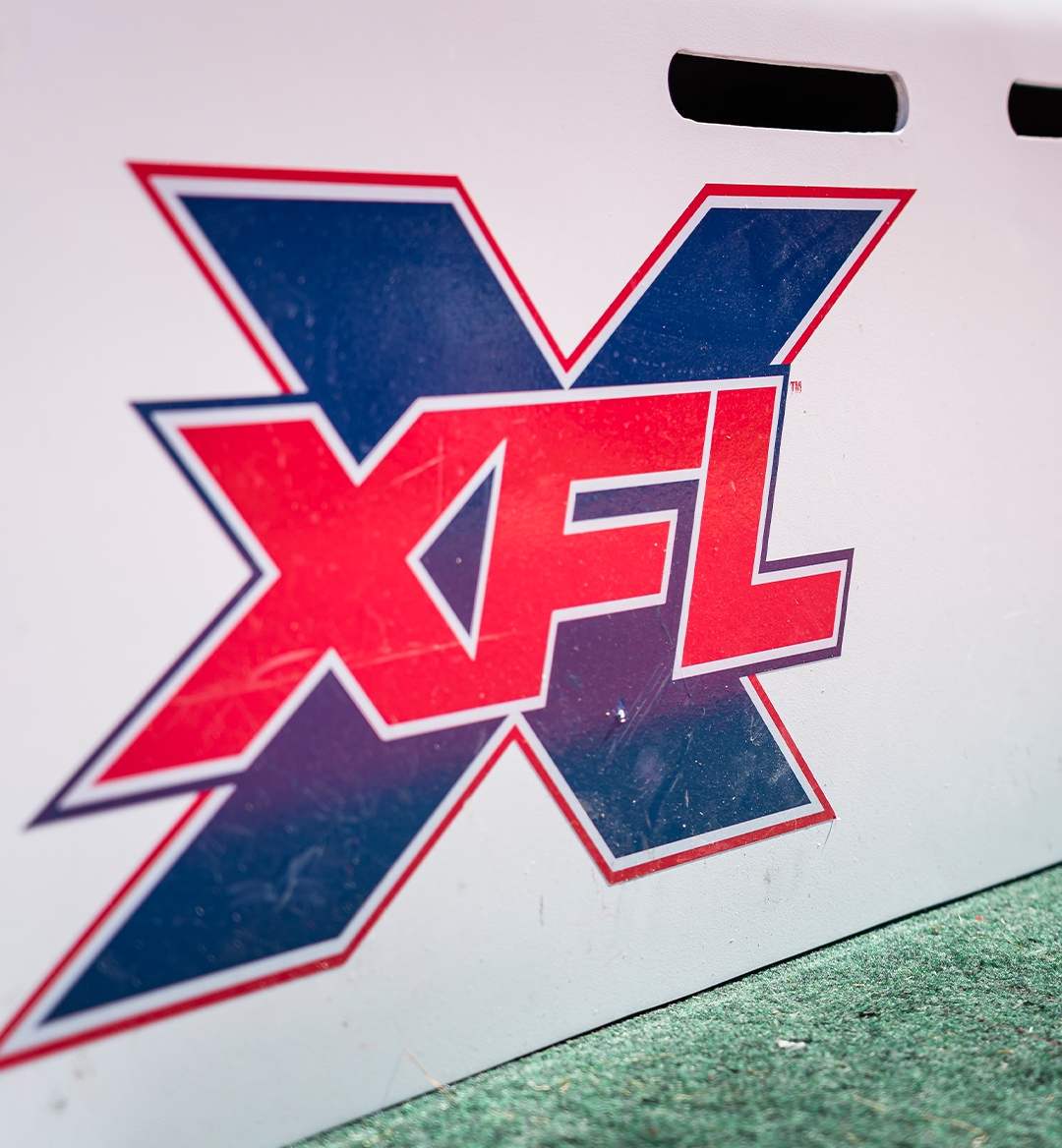 Can you smell what The Rock is cooking? Because it’s football—Dwayne “The Rock” Johnson is cooking football. Having purchased the XFL from Vince McMahon for $15 million in August 2020, Johnson plans to re-relaunch the league in 2023. Under Johnson’s stewardship, this is the third iteration of the XFL, which played its inaugural season in 2001 and later briefly rebooted in 2020. Although the season won’t kick-off until February and no players have been signed, the league is already coming into focus—last week, Johnson announced that the Arlington Renegades, Houston Roughnecks, St. Louis Battlehawks, Seattle Dragons and DC Defenders will all return from the 2020 season, while teams in San Antonio, Orlando and Las Vegas will replace those in New York, Los Angeles and Tampa. Here is everything we know so far about The Rock’s attempt to make the league the people's champ ahead of the XFL 2023 season.

What is the XFL?

Way back in 2001, the XFL was conceived as a football-WWE hybrid because football, evidently, wasn’t considered sufficiently violent or dramatic. While the football was recognizably football, the league eschewed the buttoned-up self-seriousness of the NFL in favor of something pulpier and more sexed up. Ultimately, the league only lasted a single season, failing to register as a legitimate league amongst fans and media because of the low-quality play and distracting side-show elements. "It has to be at least a decade since I first mused out loud,” said broadcaster Bob Costas, “‘'Why doesn't somebody combine mediocre high school football with a tawdry strip club?' Finally, somebody takes my idea and runs with it."

In 2020, the XFL returned, albeit without all the theatrics. It was a serious football league run by serious football people—Oliver Luck was the commissioner and past and future NFLers PJ Walker, Cardale Jones and Landry Jones quarterbacked teams. While the new league was beginning to find purchase in its local markets, the pandemic abruptly ended the season and then the league at large.

Wait, why is The Rock involved?

Because he’s The Rock! A former University of Miami football player who cut his teeth in the WWE on his way to stardom, Johnson is the perfect shepherd for the XFL as it enters its third edition. Like McMahon, Johnson is a natural showman who will bring attention to the startup league. But, unlike McMahon, Johnson is—and this is very important—not a disgusting sex criminal. With the winsome Johnson at the helm instead of McMahon, the XFL 2023 season can signal its progress away from its scuzzy past.

When does the season start?

The XFL season is scheduled to begin on February 18, 2023, which is the first Saturday after the Super Bowl. Stretching from late-winter through the spring, the XFL is the latest attempt to football-ize a relatively fallow portion of the sports calendar—besides March Madness, there’s no tentpole sporting event between the Super Bowl in February and the start of the NBA/NHL playoffs in mid-April. As such, the new new XFL is simply the latest league to try to capitalize on the seemingly bottomless appetite for football. Still, it’s hardly the first league to try to do so—from the USFL in the 1980s to the AAF in 2018, there’s no shortage of moony-eyed strivers who have burned millions of dollars on springtime football. Even now, the XFL won’t have a monopoly on second-tier pro football—a re-warmed USFL just finished its first season with backing from Fox Sports and Peacock.

Who are the XFL’s big names?

Team rosters haven’t yet been announced, but the league has already attracted some notable coaches. Namely, Wade Phillips (former Dallas Cowboys head coach and a legendary defensive coordinator) and Bob Stoops (former University of Oklahoma head coach) will make their return to the sidelines with the Houston Roughnecks and Dallas Renegades respectively. To wit, former NFL greats Hines Ward and Rod Woodson will be first-time coaches, giving the XFL another jolt of star power.