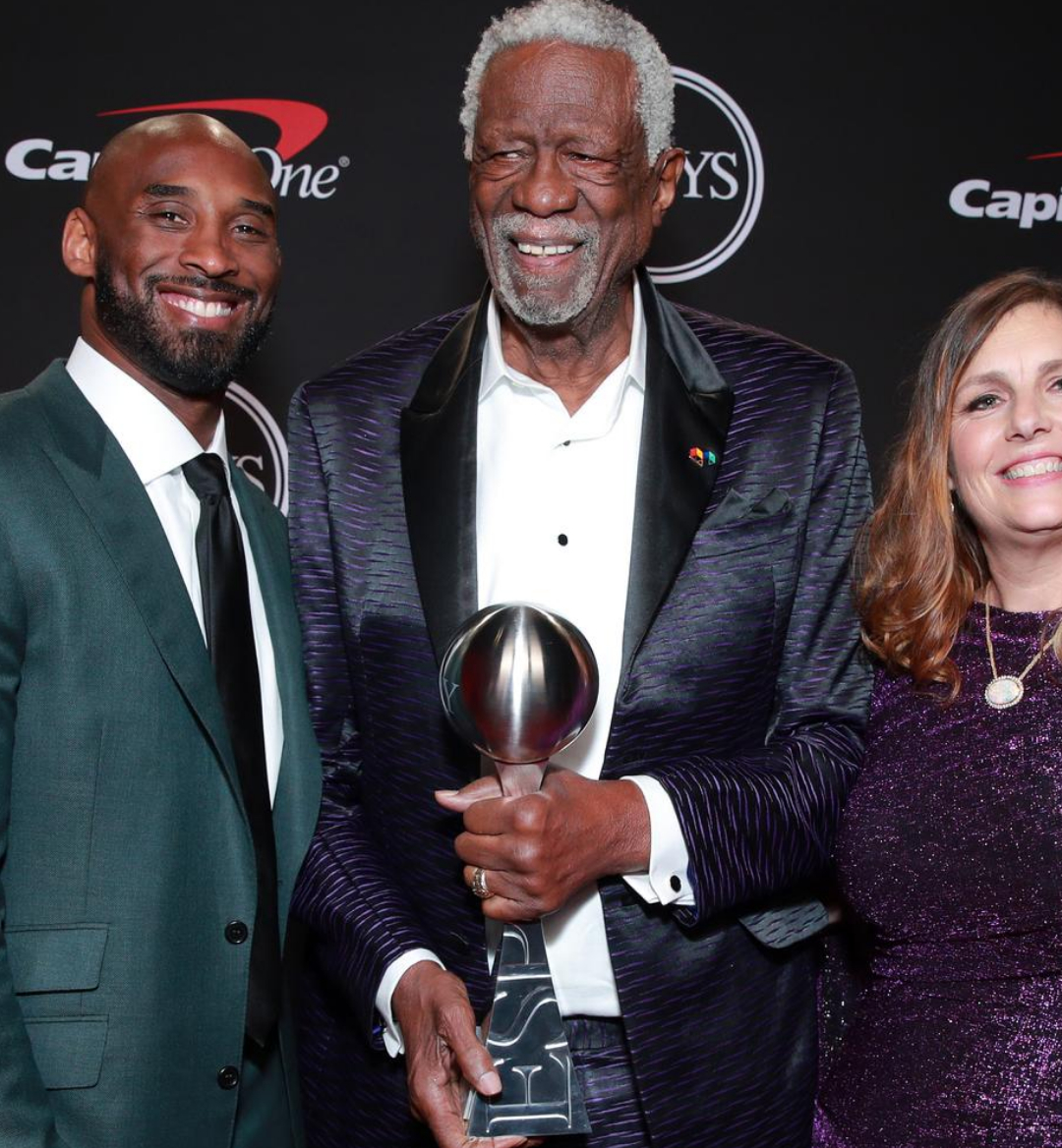 On Sunday afternoon (July 31st), the family of Bill Russell announced his passing at 88 years old. Alongside his reputation as undoubtedly the greatest winner in all American team sports, Russell's legacy is amplified by his various on and off-the-court accomplishments- the only difference being that they happened during or after his playing days. But their impact? Still immensely powerful.

To be the greatest champion in your sport, to revolutionize the way the game is played, and to be a societal leader all at once seems unthinkable, but that is who Bill Russell was. (1/4) pic.twitter.com/K0Ue0hKiLs

There's a historical fact and context instilled in every conversation about Russell's 11 NBA championships (the most in league history). To win despite living in more than challenging times was unprecedented-- the Civil Rights movement, Jim Crow laws, this country remaining in war-- but Russell never shied away from helping the people and doing what he felt was right.

As generations come and go, basketball fans' relationship with the legendary Boston Celtic has changed. Some fans will never forget Russell as a player, but others only know of him because the NBA Finals MVP award got named in his honor. Or maybe you saw him smiling widely at a game or still taking a stand for a cause in his 80s. But no matter your connection to Russell, there's one familiar feeling: Respect.

When Russell entered the NBA, the league was only 11 years old and had just experienced its first taste of winning by George Mikan and the Minneapolis Lakers (five championships). But that was a prelude compared to what Russell and the Boston Celtics would accomplish.

By winning 11 championships in the following 13 seasons, Russell and the Celtics permanently rewrote what it meant to succeed in the NBA. Until now, no other team has won that many titles in that long of a stretch.

Blocking and rebounding were revolutionized by Russell

While Russell technically isn't the inventor of rebounding and shot-blocking, he's gathered much credit for popularizing and effectively doing those acts. Back when the general thought was "a good defender never left their feet," Russell's blocks and rebounds often kick-started the Celtics' high-octane offense.

On the all-time rebounding list, Russell is second with 21,620. And despite his blocks not being recorded because the league didn't begin tracking that and steals until 1973, Russell reportedly averaged at least six blocks per game.

From 2011, President @BarackObama: "I hope that one day, in the streets of Boston, children will look up at a statue built not only to Bill Russell the player, but Bill Russell the man." RIP. pic.twitter.com/HduoBavWKI

As much respect people have for Bill Russell, the player, there's arguably more for Bill Russell, the man. Even dating back to his playing days, Russell was vocal and active in helping out Black and Brown communities across the United States, protested alongside them, and studied his African heritage during the offseason.

Such efforts remained the lifeline of his existence, culminating in an extremely special moment in 2011 when President Barack Obama rewarded Russell with the Presidential Medal of Freedom-- the highest honor any U.S. citizen could receive.

"And I hope that one day, in the streets of Boston, children will look up at a statue built not only to Bill Russell, the player, but Bill Russell, the man," President Obama said about Russell at the ceremony.

As previously mentioned, a historical fact and context are always instilled in any Russell-related conversation. While still a few years from retiring, Russell was named the new head coach of the Boston Celtics in 1966 after the legendary Red Auerbach retired before the following season.

Russell not only thrived in his new role--- he won two titles as a player/coach-- but he was the first Black head coach in league history.

New generations of hoopers were embraced by Russell

Among all his fellow legends, Bill Russell ranks high in terms of avidly supporting the NBA's upcoming talents. It became common to watch him give the Finals MVP award, named in his honor, to the winning recipient and show support to the league's biggest stars by exchanging hugs and thoughtful advice.

When it came to "paying it forward," fewer did it better than him, and we should be inspired to follow in Russell's footsteps.