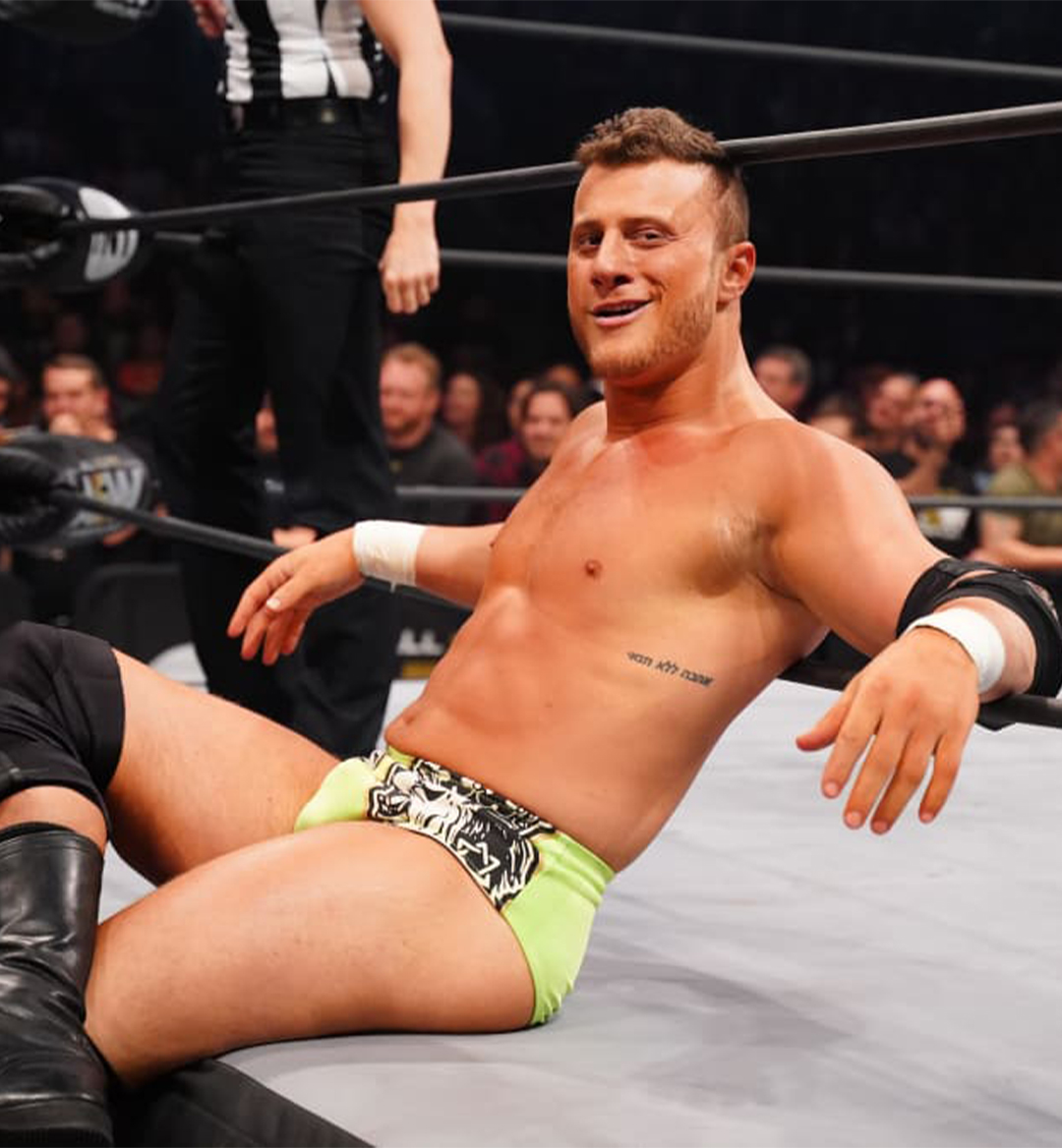 Take a good look at the All Elite Wrestling roster and you'll be amazed by just how many current and future superstars it has in its midst.

Modern-day greats, such as Chris Jericho, Jon Moxley, and Kenny Omega, have already stepped up to the #1 spot in the company by capturing the AEW World Championship. And thanks to their prestigious reigns with the top belt in the company, AEW's top prize has been recognized as one of the top honors in all of professional wrestling. At the time of this writing, "Hangman" Adam Page is running roughshod over the competition as the most badass "Millenial Cowboy" in the industry today.

But at some point, we all know that he'll relinquish the title to another top star in the company. And it's always fun to predict just who that individual will be. Well, I decided to take that idea one step further. Allow me to stare into my crystal ball as I predict the next 10 wrestlers that'll get their hands on the AEW World Championship. 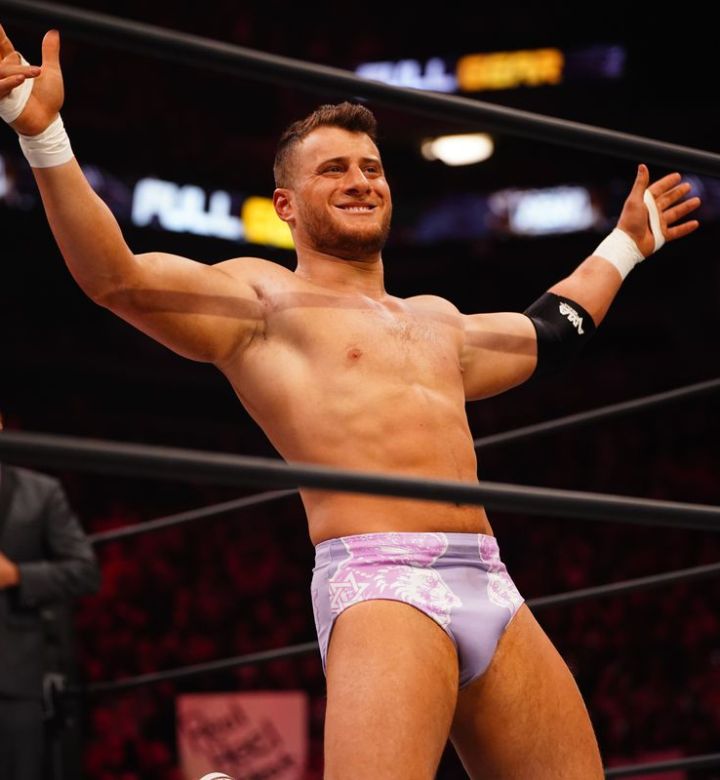 Without a shadow of a doubt, Maxwell Jacob Friedman is AEW's biggest heel on the roster. He's smug, he talks down to everyone that dares to question his motives, and he always goes out of his way to find the easy way out during all of his matches. As one of AEW's "Four Pillars," it's clear that MJF is being set up to run with the promotion's top prize sooner rather than later.

And I get the feeling that he'll be the one to defeat everyone's favorite wrestling cowboy in a moment that will throw even more heat onto the Plainview, New York native. Page is going to enjoy a lengthy run with the belt that will most likely run through all of 2022. But it's clear to me that the next champ is going to be someone the crowd knows is going to win the belt, but the sort of person they just don't want to see take down their favorite babyface. 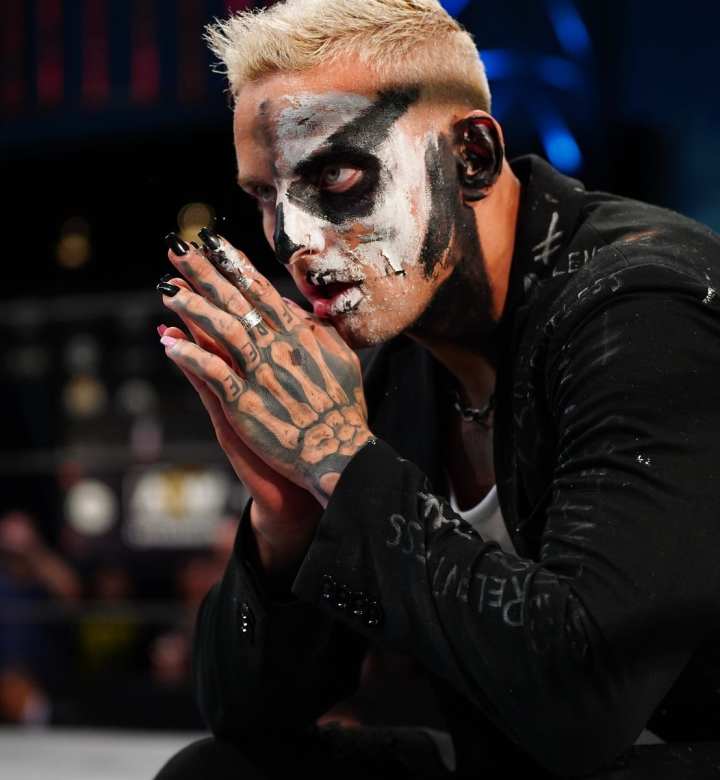 Another one of AEW's "Four Pillars" is the face-painted dynamo known as Darby Allin. Since coming to the company, he's become the de-facto Jeff Hardy of the company. Fans of all ages adore him, plus his allegiance with Sting has done wonders for his status within the company's top ranks. One of Darby's most devastating losses to date is the one he took against MJF back at Full Gear 2021. Now Darby's rebuilt his top star status since then with ease, of course.

But that major loss still represents a huge blemish on his record. The one thing I love about AEW is the fact that they always come back to feuds later down the line after keeping the wrestlers involved in them away from each other for a while. It's clear that we're gonna return to MJF vs. Darby someday and I think it's going to be the for the big strap. And that's when Darby will ultimately prevail over MJF and also emerge with the AEW World Championship within his grasp. 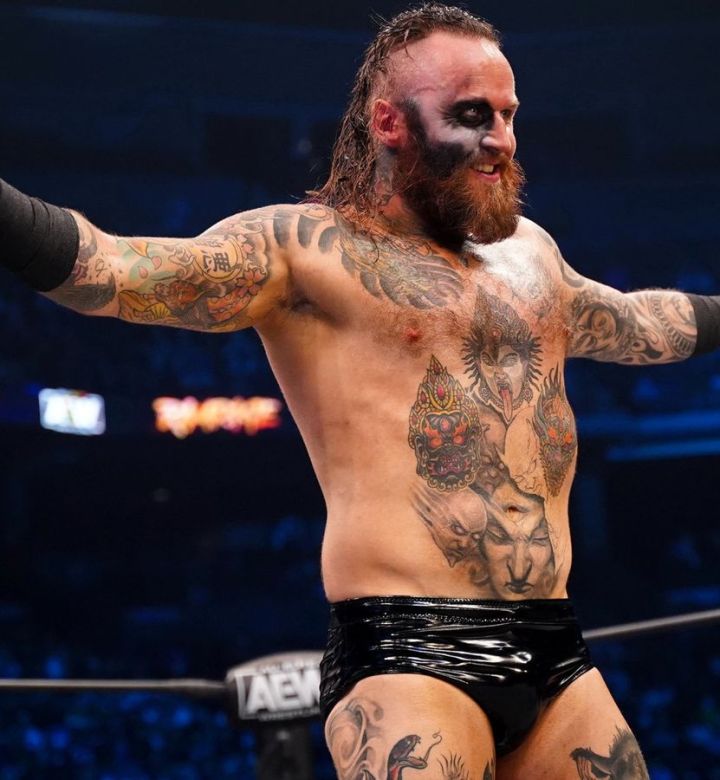 Malakai Black's resurgence as a member of the AEW roster has done the man wonders for his ongoing career. His mysterious aura has afforded him the ability to present his gimmick to the fullest and enrapture everyone that's been singing his praises. And now that he's begun adding members to his "House of Black" stable, Malakai's been further developing into a force to be reckoned with.

My gut is telling me Malakai and his group will eventually morph into the biggest force within the company (yes, even stronger than the Inner Circle!). With all that being said, he's clearly going to prop himself up to the level of top contender for the AEW World Championship. Darby and his affiliation with Sting just won't be strong enough to beat back the formidable threat of Malakai and his cult. In this case, the belt will go from one face-painted superstar to another. 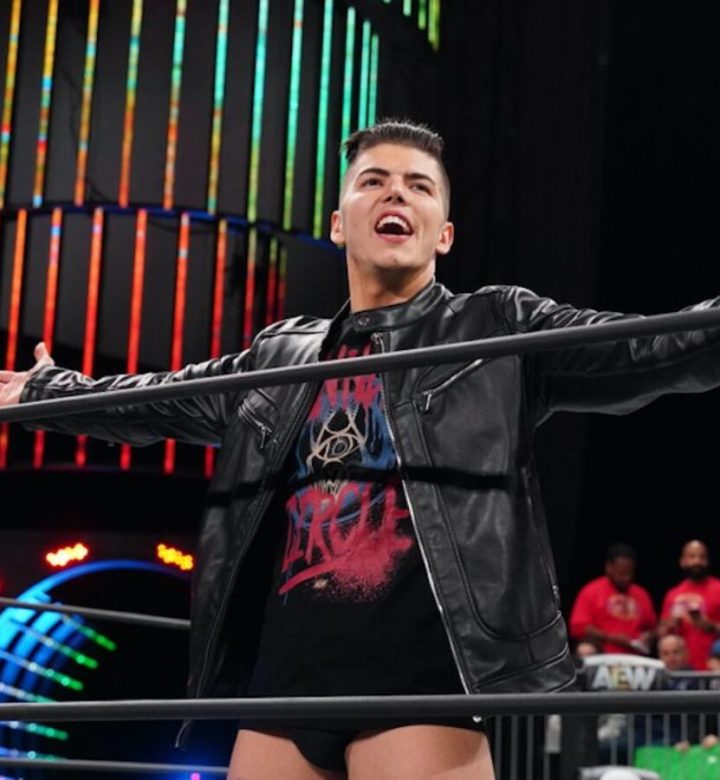 We got another "Four Pillars" AEW representative to show some love to! And that's none other than the "Spanish God" Sammy Guevara. Since coming to the company and competing in the very first match on AEW Dynamite, Sammy has brought a lot of eyes to the product and garnered plenty of looks from curious wrestling fans. At some point, Sammy's going to move on from his Inner Circle brethren and fend for himself as a badass lone wolf that gets even more love along the way.

He's already captured the TNT Championship and it's clearly evident that he'll also have the AEW World Championship around his waist at some point. Malakai's going to be the ultimate final boss as AEW World Champion during his run. A cool-ass babyface that everyone can relate to is the logical individual to be up next by doing the unthinkable by getting the best of Malakai. And that individual will be none other than Mr. Guevara. 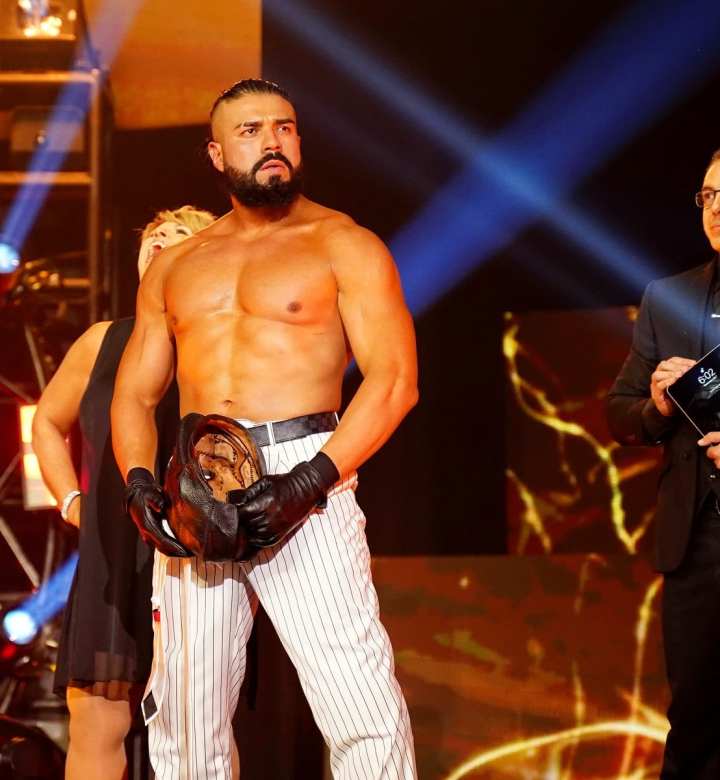 Money talks. And Andrade El Idolo has plenty of it, which makes his presence in AEW quite deafening. While he got off to a shaky start, Andrade has raised his stock by getting involved in marquee feuds with the likes of Pac and Cody Rhodes. Andrade strikes me as the type of guy that'll morph into AEW's version of Ted Dibiase where he uses his massive funds to build himself a trustworthy army of followers that protect his self-interests at all times. Once Andrade's stable finally comes into shape at some point, he'll begin getting his hands on singles gold like the TNT Championship. Once that reign comes to a close, I get the feeling that he'll aim higher and eventually bump into Sammy for the AEW World Championship. And that's when the belt will switch hands from a major Latin superstar to another one. 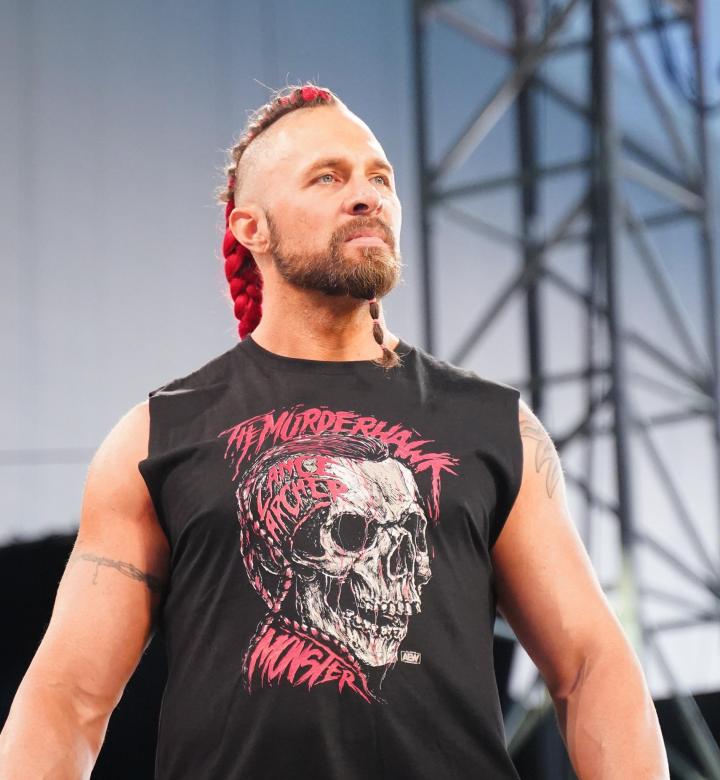 Lance Archer is the rampaging giant that uses other MF'ers to hit another MF'er! That act of his is immensely entertaining every time I watch it unfold. Now I've definitely been disappointed in his lack of TV time on Dynamite when it comes to getting some time to speak or even destroying some fools in the ring. But I think he'll get his moment to shine during his AEW tenure and get tons more opportunities to be one of the company's can't miss highlights.

Andrade as AEW World Champion will have all the money and allies in the world, but it will all be left in shambles once Archer comes through to wreck it all like a rabid hurricane. Archer sticks out to me as the perfect big man to throw the AEW World Championship on since his larger-than-life stature is tailor-made for the #1 spot. Archer as AEW World Champion while doing some shows in his old home of NJPW sounds like money to me! 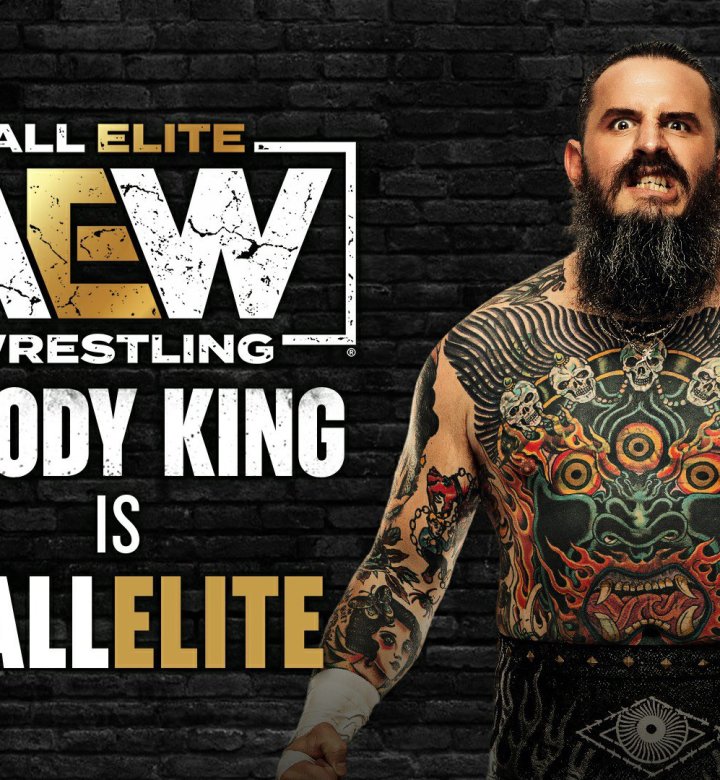 Big E is quite fond of the act where two big meaty men can be seen...slapping meat, is it? The sexual overtones tied to that phrase make always make me feel uneasy whenever I read those words aloud, but I feel where Big E is coming from. Watching two massive behemoths come to blows like a kaiju movie is one of my favorite things in pro wrestling. And I'm hoping and praying Archer finds himself clashing with the likes of Brian Cage, Miro, and Powerhouse Hobbs during his reign of terror as the rebel/champion without a cause.

Right now, former ROH star Brody King is aligned with The House of Black. But I can see him evolving beyond a loyal stablemate into a more focused destroyer that will still have Malakai by his side as his dark conscience. Malaki will eventually inspire Brody to bring the AEW World Championship back to The House of Black. And it makes total sense to me for Brody to do just that by being the beefy man to relinquish Archer of his beloved title. 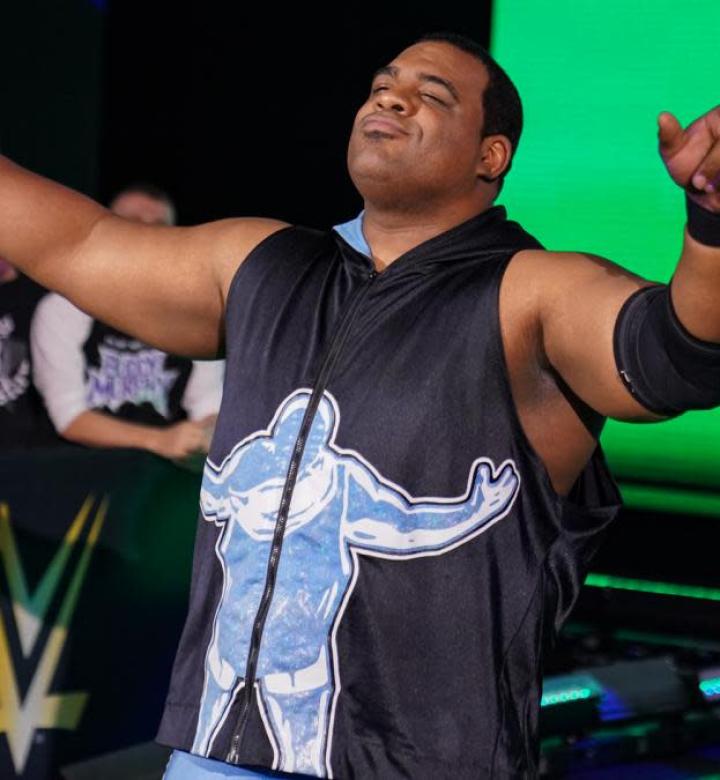 This might be my craziest pick to win the AEW World Championship on this list. And that's because, at the time of this writing, Keith Lee's not even #AllElite yet! But I think we all realize that Tony Khan would be insane to pass up on giving the most "glorious" big man in wrestling a chance to shine in his company. Once Lee's 90-day no-compete clause comes up, it's expected that he'll take his in-demand services to AEW.

Lee has all the tools necessary to become a megastar for the fed - he looks super intimidating, utilizes a hybrid big-man/cruiserweight style, and has a signature promo delivery style that sets him apart from everyone else. A lot of fans have been looking forward to the first-ever African American superstar to get their hands on the AEW World Championship. And to me, the perfect person for that position is none other than Lee. A main event barnburner between Brody and Lee is what the world needs at some point. And I think it'll end with Lee holding the AEW World Championship over his head. 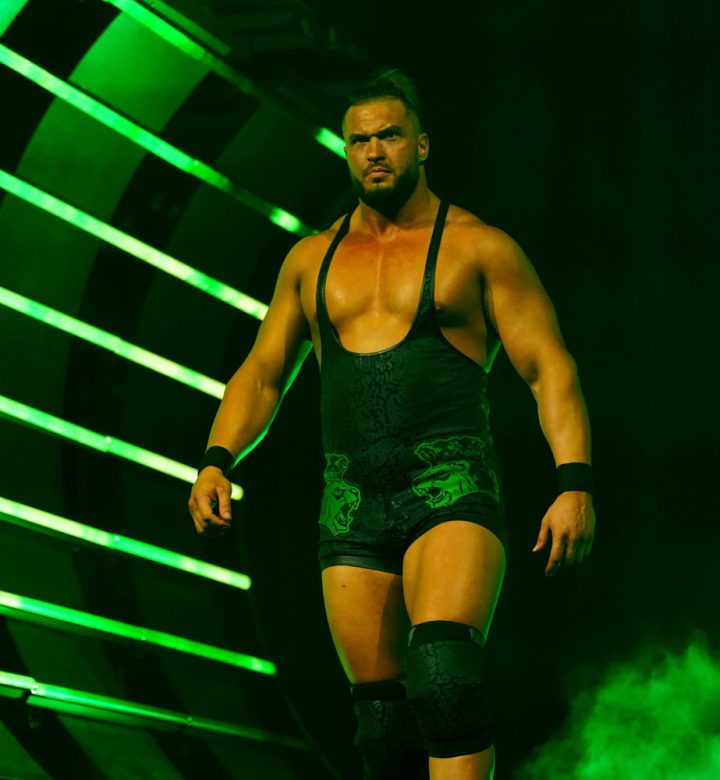 Wardlow is one of those homegrown AEW stars that has a very bright future ahead of him. Once he breaks ties with MJF and powerbombs him out of his expensive loafers, the crowd will come unglued as they finally get to see Wardlow step out on his own. After he does that, I can see him getting a substantially long run with the TNT Championship that increases his star power even more.

And once that midcard title reign wraps up, I just know that Wardlow's gonna lock eyes with the AEW World Championship next. This road to the title will be one of those supreme crowd popping moments that puts an AEW original front and center of it all. Wardlow is the perfect fit for the best opponent for Lee to test his mettle against on the PPV stage. And by defeating Lee, Wardlow will emerge as the super babyface champion that makes the crowd go wild just like Adam Page does. 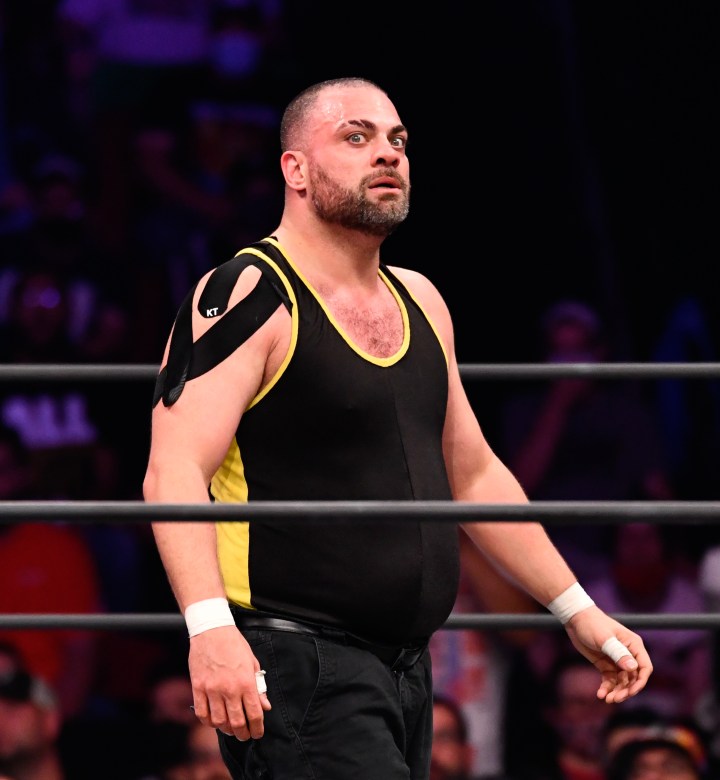 The whole world is behind Eddie Kingston. His incredibly down to Earth, no-nonsense style and unfiltered promos have turned him into the beloved everyman fans can easily get behind. While he hasn't gotten his hands on some AEW championships just yet, I can see him breaking that curse of his by winning the TNT Championship somewhere down the line. But once he relinquishes that title, I can see him playing the ultimate underdog role while he sets out on his next journey.

And that's winning the AEW World Championship. Eddie strikes as someone that'd make for a great tournament victor that ends up earning himself an AEW World title match in the process. By beating all the odds stacked against him and coming out on top with the world champion in his way as the final obstacle is the perfect fairy tale for Eddie to get embroiled in. And the best ending to that tale would be Eddie shocking the world by pinning Wardlow and holding the AEW World Championship high as its latest holder.