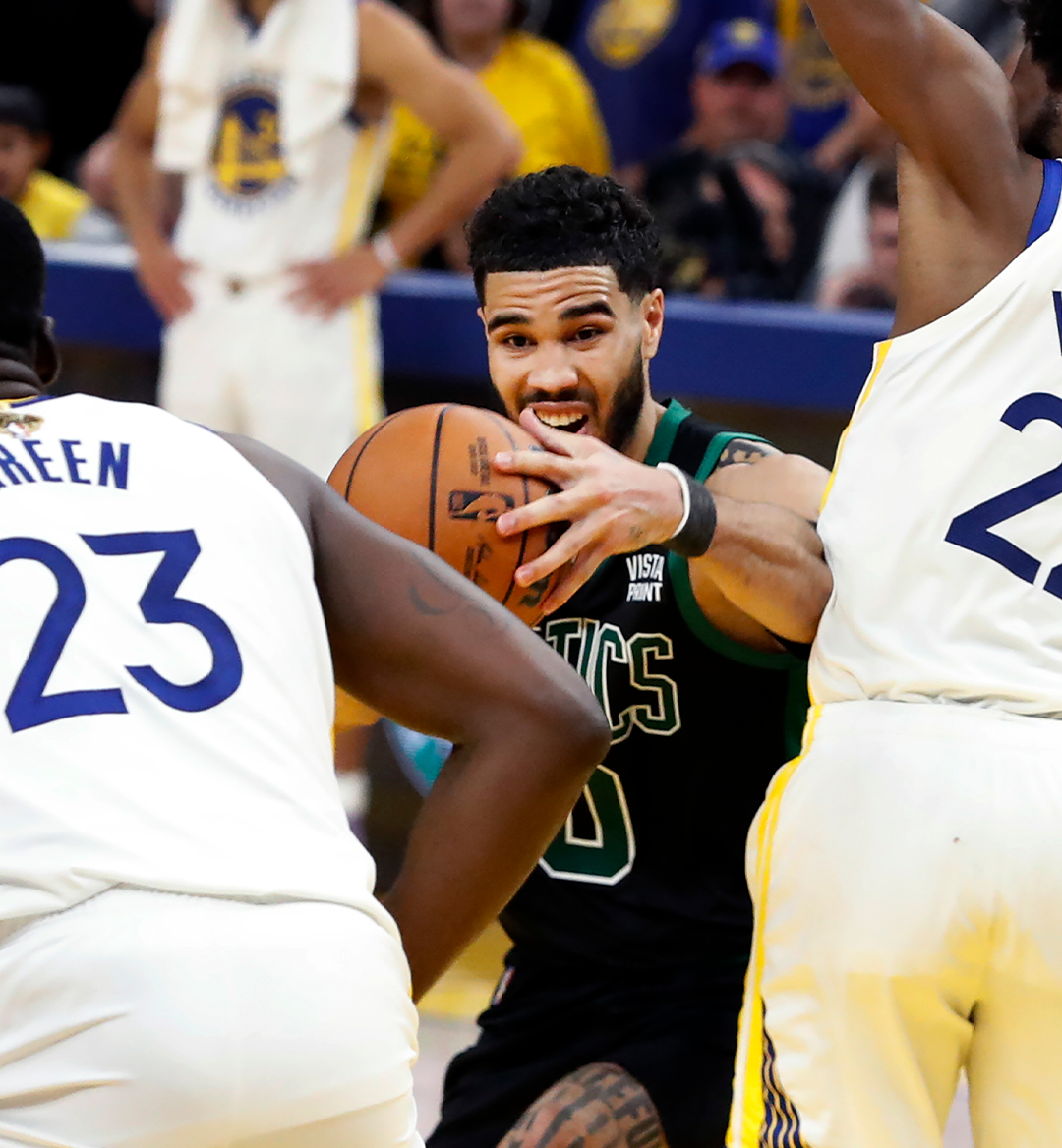 In Game 5 of the NBA Finals, the Golden State Warriors played badly—they went 9-40 from behind the arc and got doubled up on the offensive glass; Stephen Curry ended the game without making a single three-pointer, snapping a streak of 132 consecutive playoff games (and 233 consecutive combined playoff and regular season games) with at least one triple. For the most part, the Celtics’ defense has befuddled the Warriors, taking away the automatic advantages that jumpstart Golden State’s whirligig attack. And yet, the Warriors are now one win away from their fourth title in eight years, stealing a 104-94 win from the Boston Celtics to take a 3-2 series lead.

More than anything, this toughness has been the foundation of the Warriors’ dynasty, even if it’s been obscured by their flashy offense and near-untouchable runs with Kevin Durant. In 2015, Golden State steeled themselves against Memphis Grizzlies and Cleveland Cavaliers teams that tried to arm-bar them into submission; in 2018 and 2019, they beat the Houston Rockets, who designed their team with the express purpose of gunking up the Warriors’ offense. And now, against the Celtics, the Warriors are once again refusing to be punked by a bigger, more physical team. Just as Robert Pattinson is a pretty-boy actor with surprising artistic depth, the Warriors are a finesse team with a hidden store of grit.

With their offense largely throttled by Boston’s defense, Golden State ratcheted up their defense, simply deciding to no longer let Boston score. Although Jayson Tatum and Jaylen Brown have been able to sustain the Celtics’ attack with their shot-making chutzpah, the Warriors preyed on the duo’s sloppy ball-handling. Golden State tried to confuse Boston in the first four games of the series by sending late help to try to disguise their rotations, but made a conscious effort to clog gaps on the perimeter in Game 5. Every Boston drive thwarted before it could really begin, repelled by waves of prying hands. Visibly frazzled by the Warriors’ new-found aggression, Tatum and Brown combined for nine turnovers and just eight assists. Collectively, the Celtics coughed up the ball 18 times, dropping to 0-7 in the postseason when they turned the ball over more than 16 times.

Beyond forcing Boston into crushing, momentum-swinging gaffes, Golden State turned nearly every Boston possession into a series of minor indignities. After granting Boston switches without too much protest to start the series, Golden State labored to protect Steph Curry and Jordan Poole more from Tatum and Brown in Game 5. Save for Boston’s scintillating third quarter, the Celtics struggled to target Curry and Poole, wasting precious time in the process; the Celtics only took 12 shots with more than 15 seconds left on the shot clock—for reference,  Golden State generated 28 early looks.

As such, Golden State’s defensive effort was as necessary as it was impressive. While the Warriors offense wasn’t quite as toothless as Boston’s, Curry’s uncharacteristic stinker still required them to recalibrate on the fly. Gone were the heliocentric, Steph Curry spread pick-and-rolls that proved to be such fertile offensive ground in Game 4; in its place, was a more egalitarian approach featuring contributions from the slightly lesser lights like Klay Thompson (21 points, five three-pointers), Draymond Green (11 points, seven rebounds, six assists), Gary Payton II (15 points on 6-8 shooting) and Andrew Wiggins (26 points and 13 rebounds???).

Accordingly, Game 5 marked the latest chapter in the ongoing Wiggins renaissance. Tasked with slowing Tatum and Brown, he provided pressurized on-ball at the point of attack—on the 47.8 possessions that Wiggins matched-up with Tatum, Boston managed just 29 points as a team. Offensively, he overwhelmed Boston with his athleticism, nailing 12 of his 17 two-point field goal attempts and racking up a team-high 26 points. Wiggins’s Maple Jordan nickname has always been a misnomer—he’s Maple Pippen, an athletic stopper who offers as much offense as he needs to. Despite sharing the court with Brown, Tatum, Curry, Green and Thompson, the former 2014 #1 pick was clearly the best player on the court. Here was a game as surreal and odd as a Sopranos dream sequence—a fish talks, a horse is in the living room, Andrew Wiggins can’t be stopped.

Whereas Boston melted into a puddle of nerves and neuroses in the fourth quarter of Game 5, the Warriors were unmoved. Draymond Green rebounded from his Game 4 benching and returned to his destructive ways; Andrew Wiggins shed the sluggishness that harpooned his Minnesota tenure and dominated the biggest game of his career. Steph Curry had the worst postseason game of his career and the Warriors still withstood a second-half comeback from a more athletic and more talented team because, of course, they did; this is just what they do. For the Warriors, success is a (Golden) state of mind.

Steph Curry Can Be A Conventional Superstar, Too

Andrew Wiggins Does It All