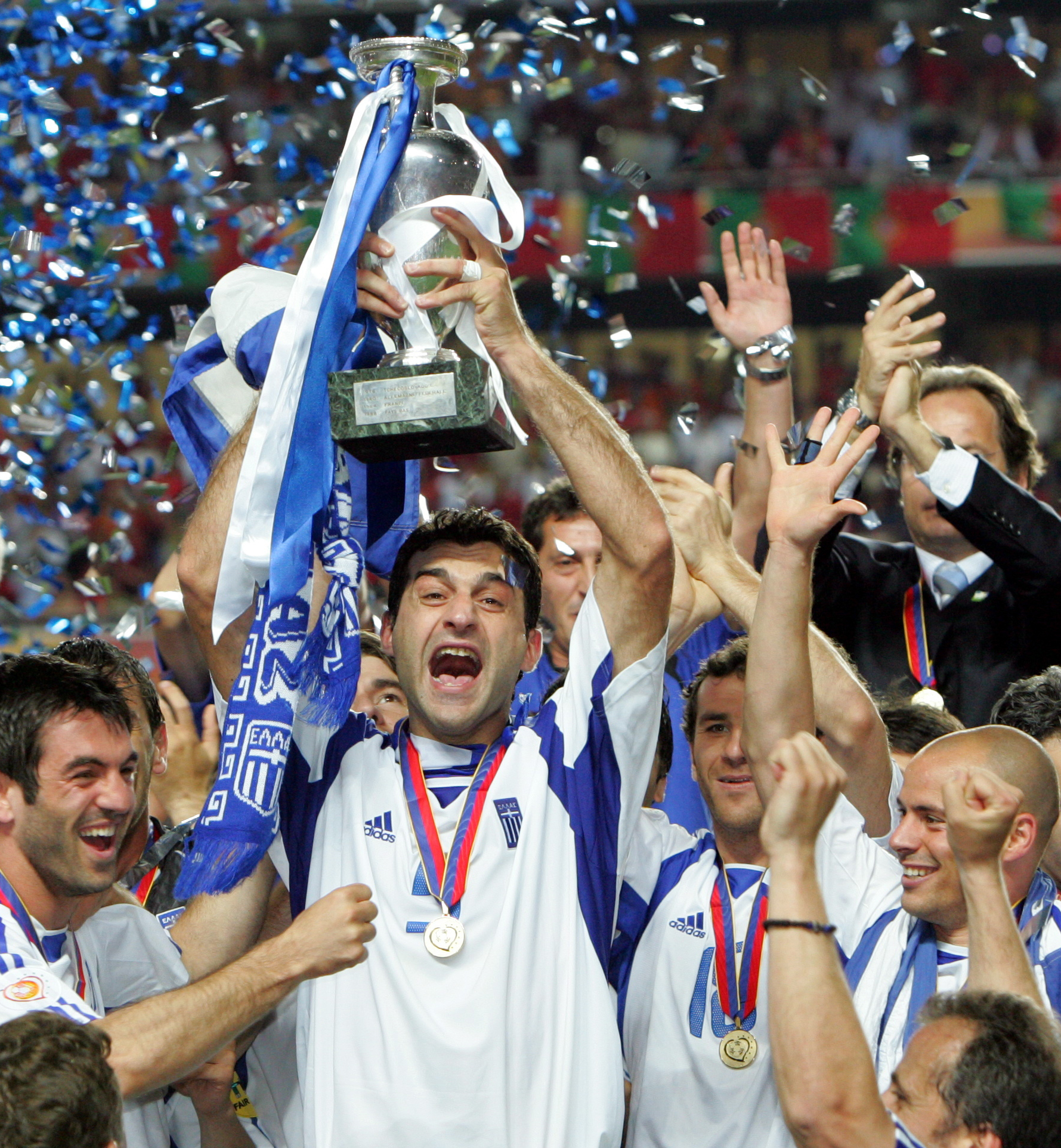 It’s not exactly every year that we have an extraordinary upset in football, but when these rare occurrences happen it’s something spectacular and fully deserves your attention.

With Euro 2020 right around the corner, it’s only fitting to discuss what happened 17 years ago at the 2004 edition of the tournament which was played in Portugal.

Greece was ranked 35th in the world heading into Euro 2004. They were nearly a longshot, boasting the second-worst odds in the competition behind only Latvia, and especially so when considering big teams like France, Italy, Germany and Portugal were always the biggest challengers for a European Championship.

The Greeks were made up of mostly a domestic squad, outside of well-recognized players such as Thodoris Zagorakis and Giorgos Karagounis, making them a nation that many looked past heading into the tournament.

Group A was where Greece was drawn, being pitted against hosts Portugal, Spain and Russia. The road was always going to be difficult for Greece, and they were immediately thrown into the fire in Game 1 against Portugal, which featured a young Cristiano Ronaldo, Luis Figo and Ricardo Carvalho.

To many onlookers’ surprise, Greece won the match 2-1 and set the tone for the rest of their tournament. Ronaldo scored a late goal in stoppage time, but it wasn’t enough to give the hosts a win in their opening match.

While Greece’s path to the knockout round wasn’t easy by any stretch, they advanced by finishing second in Group A based on superior goals scored in comparison to Spain. La Furia Roja also finished on four points, but only scored two goals in three matches and they were sent packing.

The Greeks then faced a mighty encounter in the quarterfinals when they met the defending champions France. It was an all-time squad of sorts that needed no introduction.

Les Bleus boasted a lineup full of world-class stars all over the pitch, most notably Zinedine Zidane, Patrick Vieira and Thierry Henry. Despite the starpower and previous success in the group stage, France was held scoreless and fell 1-0 to the underdogs.

The Czech Republic stood in the way of Greece and a rematch with Portugal in the final, and unfortunately for the Czechs they weren’t much of a match for the Greeks, who held them scoreless once again.

What made Greece’s run all the more impressive was the concept that they had to meet Portugal twice in the competition and particularly on their home turf. Upon meeting in the final for the second time in Euro 2004, the Greeks held their opponents scoreless and won their third consecutive game by a score of 1-0 to capture their first and only European Championship trophy in the country’s history.