LeBron James’s HBO talk show is like nothing else 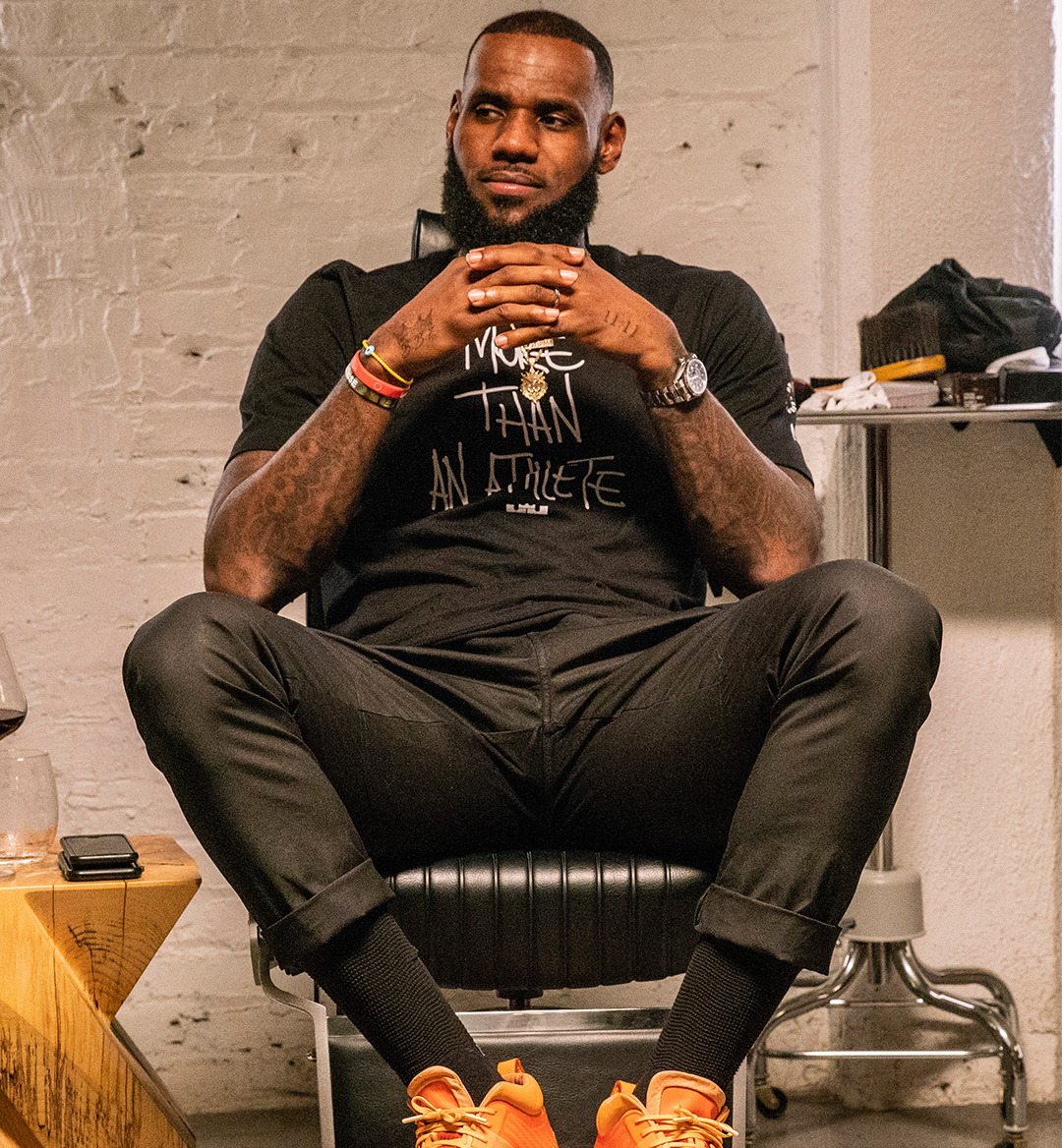 The set of 'The Shop' / John Johnson/HBO

When Jon Stewart departed The Daily Show in 2015, it felt like the biggest deal in talk show history. The search for his replacement commanded an abnormal amount of attention: How could you fill a hole that big? Who could possibly live up to the impact of Stewart’s Daily Show, which more or less invented a generational cable television format?

On the debut episode of The Shop, HBO’s new talk show miniseries produced by and starring LeBron James, Stewart is a guest panelist for a few segments. The camera often finds him to make the most of his punditry. But you couldn’t be blamed if you watched The Shop and forgot that Stewart was even involved—that's just how powerful and vital James and business partner Maverick Carter's discourse is.

The format is simple. LeBron gathers celebrity friends together in a barber shop setting to talk about fame, race and culture. Among the revolving cast is Draymond Green, Elena Della Donne, Mo Bamba, Candace Parker, Jerrod Carmichael, Odell Beckham Jr. and Vince Staples—basically anyone you’d want to hear opine on a subject like Hamilton or the risk/reward of social media.

On the second episode, LeBron deftly turns a friendly conversation with Drake into a probing, fascinating discussion of fatherhood and gets insight about Drake’s Pusha T saga that no reporter would be capable of. Everyone in The Shop respects each other and lets their guard down. There’s not a great deal of cross talk. The copious wine flowing through the show—going off of The Shop and LeBron’s Instagram stories (another thing you should be tuning into) LeBron clearly has a thing for elaborate stemware—certainly helps. The results are arresting.

Media: Celebrities interviewing one another in lieu of real magazine profiles is a journalistic crisis

The Shop represents the most logical extension of LeBron’s production company, Uninterrupted. When Uninterrupted’s website first launched, it mostly featured low-quality clips of prominent athletes talking about a game they played in, or something else entirely. Most clips you wouldn’t necessarily call “good” or “interesting” but that hardly mattered to the site’s audience, who devoured them. Uninterrupted discovered an appetite for athletes to talk to their giant audiences directly, not without filter but with fewer filters, in shapes tailor-made to social media.

The Shop takes this approach to its most heightened state yet by putting these athletes aside one another, steering them toward big topics but not overtly so. While LeBron’s focus may soon be turning to his other premium cable reality series, The Shop, and however many more episodes HBO ends up airing, will be one of the most interesting things James has ever done. Like The Daily Show, it’s unclear who might fill the void once it’s gone.