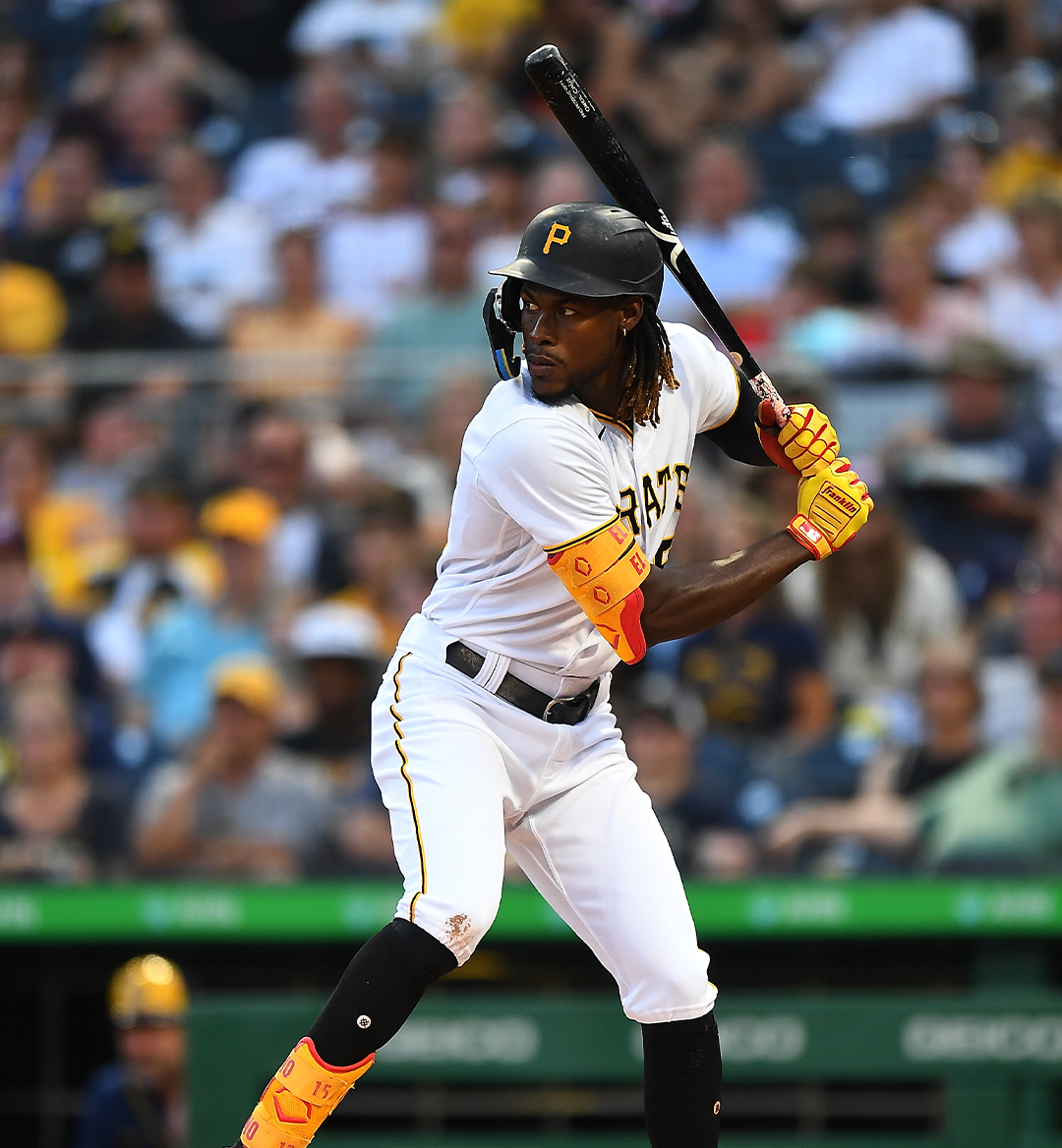 Nearly every night, Oneil Cruz creates new wonders. He hits homers out of the stadium and deposits them in the Allegheny River and throws the ball harder than any other infielder in the history of baseball and runs faster than 99 percent of active MLBers. His very existence as a 6’7 shortstop defies logic. While Cruz has struggled with the same things that every rookie does, he’s such an arresting, immediate talent that it’s hard to stay rational about his potential. At this point, his game defies the traditional and aesthetic vocabulary of the sport. So how would he describe himself?

"The best in the world," Cruz says in an email.

Beyond his counting stats, Cruz’s true potential crackles under the surface. Although he's only hitting .222, he’s already produced the two highest exit velocities of any Pirate since the start of the Statcast era in 2014. Most impressive, he’s thrived against elite pitchers, taking Corbin Burnes and Sandy Alcantara deep within the last two weeks.

More than his generational toolsy-ness or internet-breaking highlights, it’s his easy confidence that makes Oneil Cruz so easy to believe in. No, he’s probably not the best in the world quite yet, but he’s already productive, even as he concedes that he needs to focus on maintaining his focus. Through his first 36 games, he’s hit eight homers, driven in 27 runs and accumulated 1.2 wins above replacement; over a full season, Cruz would be on pace to sock 38 home runs, which would shatter the record for home runs by a rookie shortstop.

If Cruz’s offense is flashy and inconsistent, his defense has been regularly awesome, parlaying  his athleticism into Gold Glove-caliber play at shortstop. Huger and faster than any player in MLB history, Cruz hoovers up any ball hit in his general direction; his range factor will be by far the best in the league, once he plays enough games to qualify.

Whereas most of his teammates toil in relative obscurity, Cruz’s exploits are breathlessly documented on social media. For years, baseball hasn’t been able to produce recognizable stars who could puncture the larger zeitgeist; Cruz could be the antidote. Within the small world of Pittsburgh Pirates baseball, Cruz has already become the team’s closest thing to a rock star

“[Adjusting to fame] is not easy but also not too difficult,” says Cruz. “When you have a lot of fans you can’t go outside and eat something because there are fans waiting for me everywhere. But I love my fans, it's just about respecting my space”

At times, it feels like everybody is awed by Cruz except for Cruz. When asked about himself, he’s fairly taciturn.

Which players do you look up to?

What do you think when people say you’re too tall to play shortstop?

“I think it is very funny, it makes me smile.”

What do you want to accomplish this year?

But doesn’t it ever become too much? Do you ever feel the crushing weight of expectations? The hopes of a Pittsburgh fan base desperate for a winner? The pressure of immense promise?

“What is that?” Oneil Cruz says, “I don’t know what pressure means yet— I’m Latin, Latins never have pressure.”