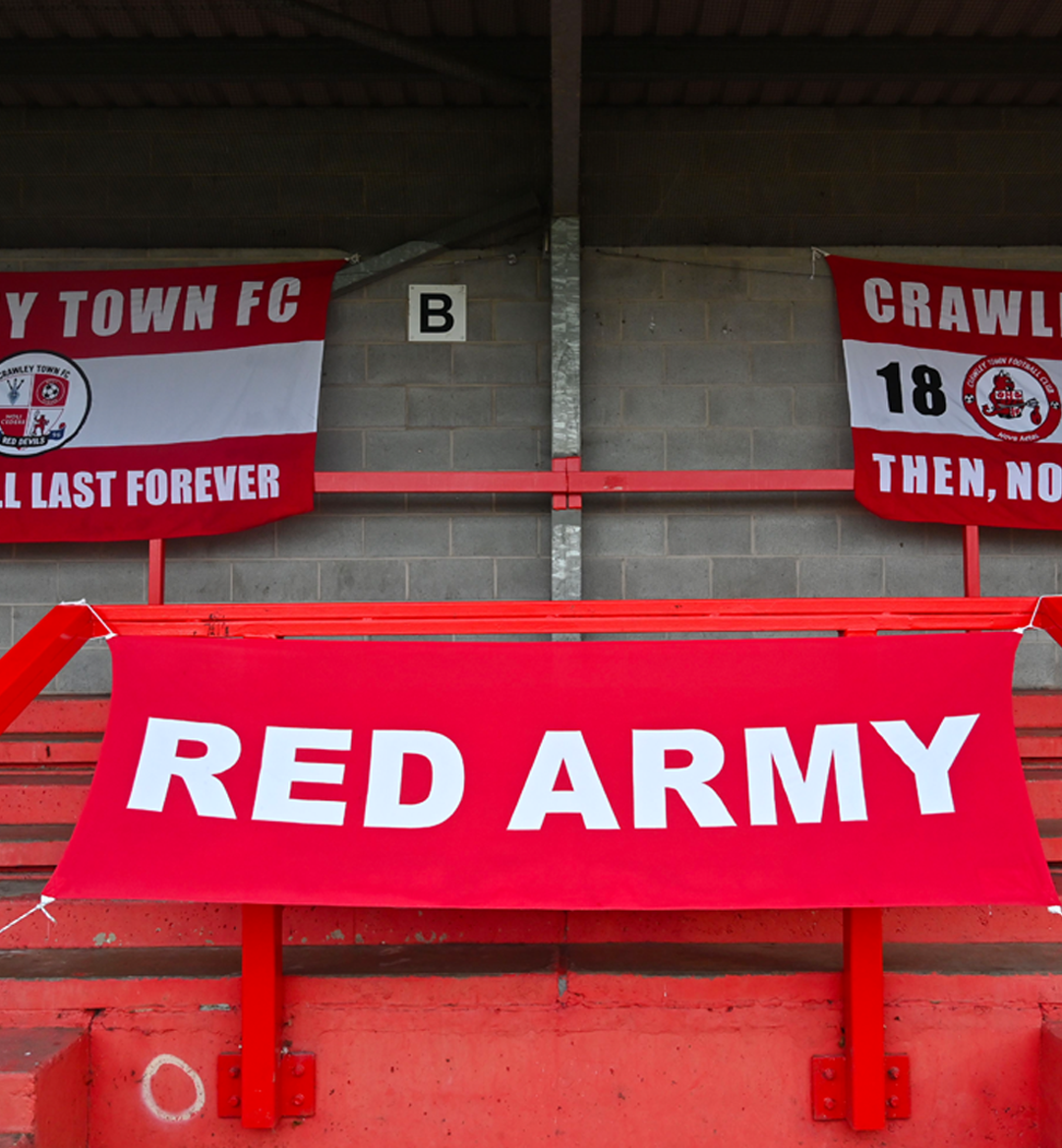 Since their establishment in 1896, Crawley Town has bobbed through the lower rungs of the English soccer system, flitting between the lattice of regional leagues before peaking with a three season stint in League One from 2012-2015. In other words, they’ve been a soccer team, the kind that comprises the overwhelming majority of the larger footballing ecosystem that exists beyond the glitzy Premier League. For most of the 126 years before WAGMI United (an acronym for "we're all gonna make it") purchased the club last spring, Crawley Town has been defined by a kind of intimate anonymity, a shared history that’s mostly been secreted away on the soccer world’s fringes.

But under the stewardship of the consortium of Web3 luminaries such as Gary Vee, Hunter Orrell and Philadelphia 76ers president Daryl Morey who make up WAGMI United, Crawley Town has sneakily become the most exciting organization in all of soccer, if not all of sports. As such, WAGMI United has turned the League Two side into a petri dish for innovation both on and off the pitch by harnessing the power of NFTs and Web3 technology. Even as non-traditional ownership groups have flocked to European soccer, WAGMI United’s unique methods and methodology make them soccer’s great experiment, an expansion of the sport’s realm of possibilities.

Earlier this week, WAGMI United co-owner Hunter Orrell sat down with ONE37pm to talk about Crawley Town’s quest to make the Premier League and change European football in the process.

ONE37pm: What is the vision of WAGMI United?

Hunter Orrell: The core of Web3 and NFTs is community. NFTs are the ultimate fan building and community building tool that we've ever seen. When we look at a sports team, it's practically the perfect platform for Web3—there's now this entity where people are basically having a new way of interacting and experiencing fandom. The main question is how do we provide value. How do we engage the community and then how do we grow that community through NFT's and through cryptocurrencies and Web3 technology? I think that's the mechanism that we're trying to play out over the next year or two to figure out how we differentiate ourselves from a Premier League team.

ONE37pm: How does the whole NFT/Web3 side of the club impact fans on a day-to-day basis?

Orrell: I look at it as a fan enhancement mechanism. You can still watch the game on iFollow, you can still come to the stadium and have the same experience you’ve had for the last 120 years. But if you want to be able to hear what the owners are talking about during the game, if you want an exclusive kit, if you want to have a voice in whether we sign a midfielder or a striker, you can now do all these things if you have an NFT.

ONE37pm: Has the local community embraced you?

Orrell: I love to talk about this. On the day it was announced, I've never had so many DMs telling me that I don't belong and NFT people are the worst. But since then, it feels like people are warming up a little bit more each day. It’s important that we're not shoving Web3 down the fans’ throats. We're basically saying: ‘look, Web3 is where we come from and it’s what we believe in, but we’re here with the best of intentions and we’re here to do good. We want to win, just like you do—and then, on the side, we have this other element, which we’re happy to sit down and explain if you’re interested.’  I've had numerous fans pull me aside at a game and genuinely want to learn about the Web3 space. One by one, we're having these discussions and it starts to scale as we do more through content and fan engagement.  On the other side, there are token holders who were solely interested in the NFT aspect, but now they’re starting to get into English football and adopting Crawley as their team.

ONE37pm: What are the challenges of making such radical changes to the club while also honoring its history and tradition?

Orrell: It comes down to respect and empathy. We're not trying to disrupt the history.  We want to be a positive addition to the history that's there and prop it up so the rest of the world can see it too. Just because we’re doing something new doesn’t mean that we have to be in conflict with what’s come before us; we want everybody to understand both where the club has been and where we’re going.

ONE37pm: There’s a lot of interest and excitement around the club right now, so how do you plan on sustaining that for the long haul once this initial buzz fades?

Orrell: As much as I see Crawley Town and WAGMI as sports organizations, no business in 2022 is just one thing. I view us as media companies, as fashion brands, as video game companies, as NFT companies. There is not a single lens to look at us through. As long as we're doing interesting things in all of those categories, I think it's possible for an American to look at what's happening and get excited and want to watch our games or buy our jerseys or join our NFT community.

There’s so much great English football content, but a lot of it is in-depth, so it can be intimidating if you’re just starting to get into it. If we can break that down and make it digestible for more casual fans in a smart way, I think we'll start to see a lot of the people who aren't even NFT holders start to pay attention to what we’re doing.

ONE37pm: What are your goals?

Orrell: I'm ambitious—I want to see us winning in the top three and getting promoted into League One. A big part of this is making sure that everything we're doing is sustainable growth. More than simply getting promoted, we need to have the infrastructure to stay promoted and then be able to continuously build towards the next level until we’re in the Premier League. We’ve already started to lay the foundation for that by investing heavily in our analytics staff and adding a great manager in Kevin Betsy, who used to run the Arsenal u23 squad. While the performance of the football club and getting promoted is priority number one, I could see us becoming a globally known team and brand through our NFTs and apparel and collaborations, whether they’re physical or digital. I want people to look at us and almost be kind of confused that we’re able to do all these exciting different things but big clubs like Chelsea and Arsenal aren’t.