When Is Israel Adesanya's Next Fight? Everything We Know About His Future Match Ups 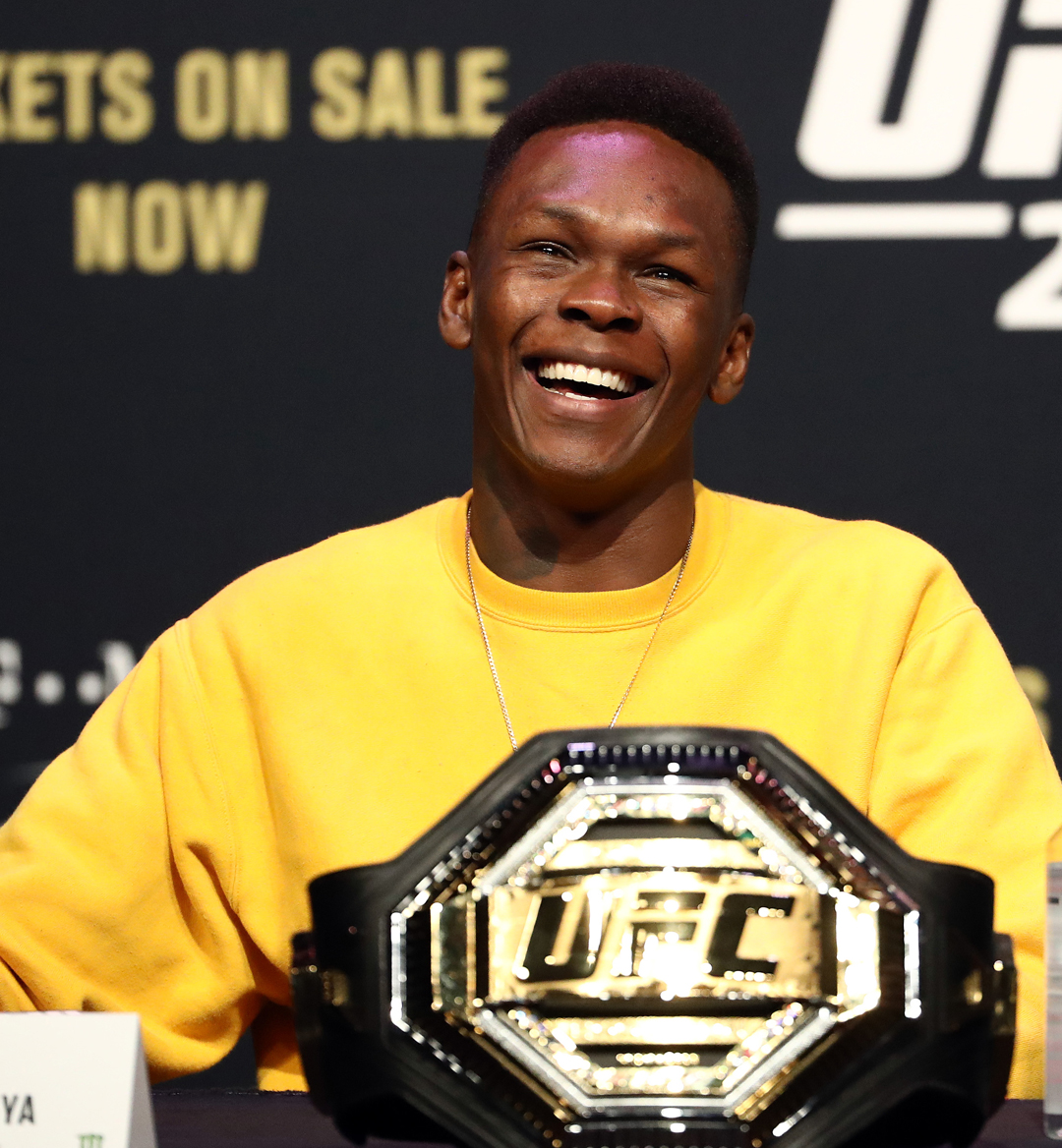 Leading into his fight against Paulo Costa, people had their reservations about Adesanya’s status as champion. Following a lackluster match with Yoel Romero, the knocks against the Nigerian born striker began to pile.

-He wasn’t ready for a war.

-Costa applies too much pressure.

Adesanya landed a barrage of leg kicks, stiff jabs, a swift head kick, all while avoiding the significant strikes from Costa.

The 31-year-old Adesanya finished the Brazillian contender in under two rounds, and did so with ease.

Following his spectacular finish over Paulo Costa at UFC 253, Israel Adesanya had his next opponent in mind. During his post-fight comments, he respectfully asked to fight Jared Cannonier, IF “The Killa Gorilla” was able to defeat Robert Whittaker.

Adesanya has a message for the haters ? #UFC253 pic.twitter.com/0UvQ1iprjd

The middleweight king spoke after his quick night on Fight Island ?

Another Potential Match Up: Jan Blachowicz

Dana White announced that Adesanya's next fight would be for the light-heavyweight title against Jan Blachowicz.

This news caught the attention of Jon Jones, the former light-heavyweight champion. Adesanya and Jones then went on a three day trash talking spree. That rumored bout could take place at 205 lbs, but Adesanya has hinted at battling Jones in the heavyweight division, sometime in 2021.

The Prince of Cieszyn has his crown ? #UFC253 pic.twitter.com/Qf38Si1dGU

The plan for Adesanya to challenge Blachowicz now seems to be uncertain after Glover Teixeira's impressive win over Thiago Santos at UFC Vegas 13. Teixeira followed up his performance by asking for a title shot in his post-fight comments... and Dana White agreed with the contender.

"He's been here forever. He's on this streak. He looked great tonight. And what's funny is every time I count this guy out and think I don't know if he's got it, he proves me wrong," said White.

So what does this mean for Adesanya?

It is likely that Adesanya could take on Robert Whittaker in a rematch for the middleweight title and then take on the winner of Blachowicz and Texeira. If he does get the fight against Blachowicz next, it could mean for a bigger payday to the 41-year-old Texeira, assuming he gets the next title shot to follow.

It seems that people feel a rematch with the Australian-born brawler is the fair thing to do. After all, Adesanya gave Whittaker his only loss since June of 2014. Whittaker has taken every test that the UFC has thrown his way; Cannonier, Darren Till, Yoel Romero (twice), and more. After taking some time off, Whittaker looks refreshed and motivated.

Adesanya and his coach have been incredibly vocal about his desires to claim multiple weight classes.

If Jon Jones wins the heavyweight title, Israel Adesanya might be coming for that one too ? pic.twitter.com/3eJbadvhvV

The Last Stylebender is special. His aspirations? Wild. But at this point, the man has backed up everything else he has said. Why should we assume he is going to stop now?