After weeks of rumors, it appears that Jake Paul has his next opponent.

On Tuesday, TMZ Sports reported that Paul is set to take on MMA legend Anderson “The Spider” Silva on October 29th.

This would be a MAJOR step up in competition for Paul. I like to think that I have been rather reasonable throughout this whole Jake Paul fiasco. Is he a world-class boxer? No. But I truly commend anyone who is willing to step in a ring with Tyron Woodley, let alone knock him out cold.

How Tough of an Opponent is Silva? 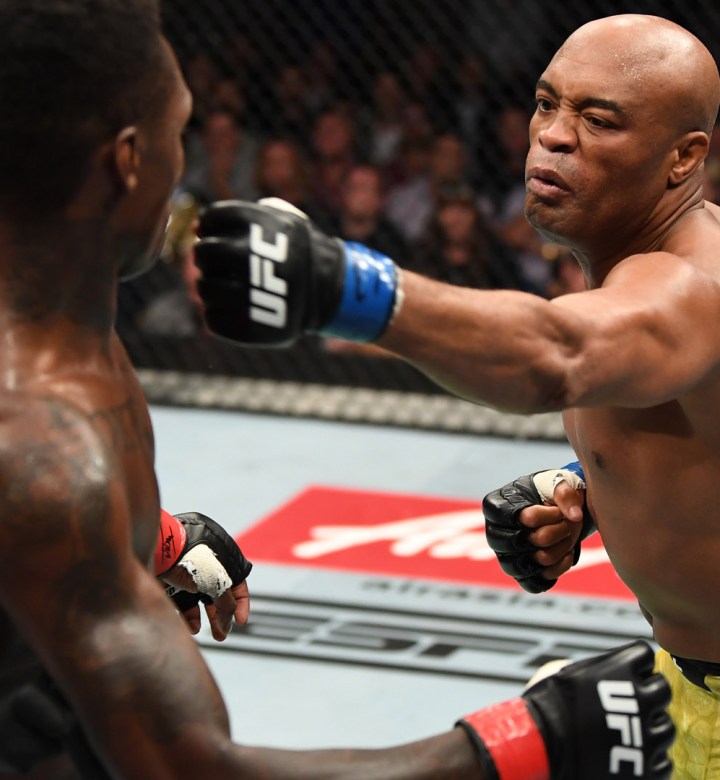 Anderson Silva however, is no joke. This is as serious of a pro boxing appearance as it can be, without it being a widely ranked opponent. Silva’s MMA resume is second to none. He has 11 KO/TKO finishes in the UFC, 11 title fight wins, and holds the longest win streak in UFC history at 16 wins. At one point in time, Silva was rumored to take on Roy Jones Jr. at the peak of Silva’s UFC run.

Beyond the MMA resume, Silva has left fans seriously wondering if he made a career mistake by not pursuing boxing. Since leaving the UFC, Silva has looked nothing short of impressive in multiple boxing matches. To be fair, his win against Tito Ortiz doesn’t hold much merit. I respect people for putting it on the line, but Ortiz was terribly overmatched.

Anderson Silva has just KO’d Tito Ortiz in 1:21 of Round 1. pic.twitter.com/8WpAxgduiy

It was Silva’s win against Julio Cesear Chavez Jr. that really caught fans attention. In 2017, Chavez Jr. challenged Canelo Alvarez for champion status, but lost in a one-sided beatdown. Still, the degrees of separation between Paul and legitimate boxing have shrunken mightily.

Paul has flirted with any weight between 190 and 205 pounds for his previous fights, with Silva fighting a majority of his career at 185. Unlike Woodley and Ben Askren, Silva is certainly near Paul’s stature.

For the first time in Paul’s boxing venture, he will be an underdog. The moment that this fight started to gain some traction, oddsmakers and sportsbooks jumped at the opportunity to provide some betting insight.

Here are the odds for Jake Paul vs. Anderson Silva:

So yes, Paul is taking a step up undeniably. It is probably worth mentioning that when this fight is discussed, people will bring up the age gap between the two – Silva turned 47 in April. And they are totally fair in doing so. But, while I recognize that Silva is almost 50 - he is a dangerous man.