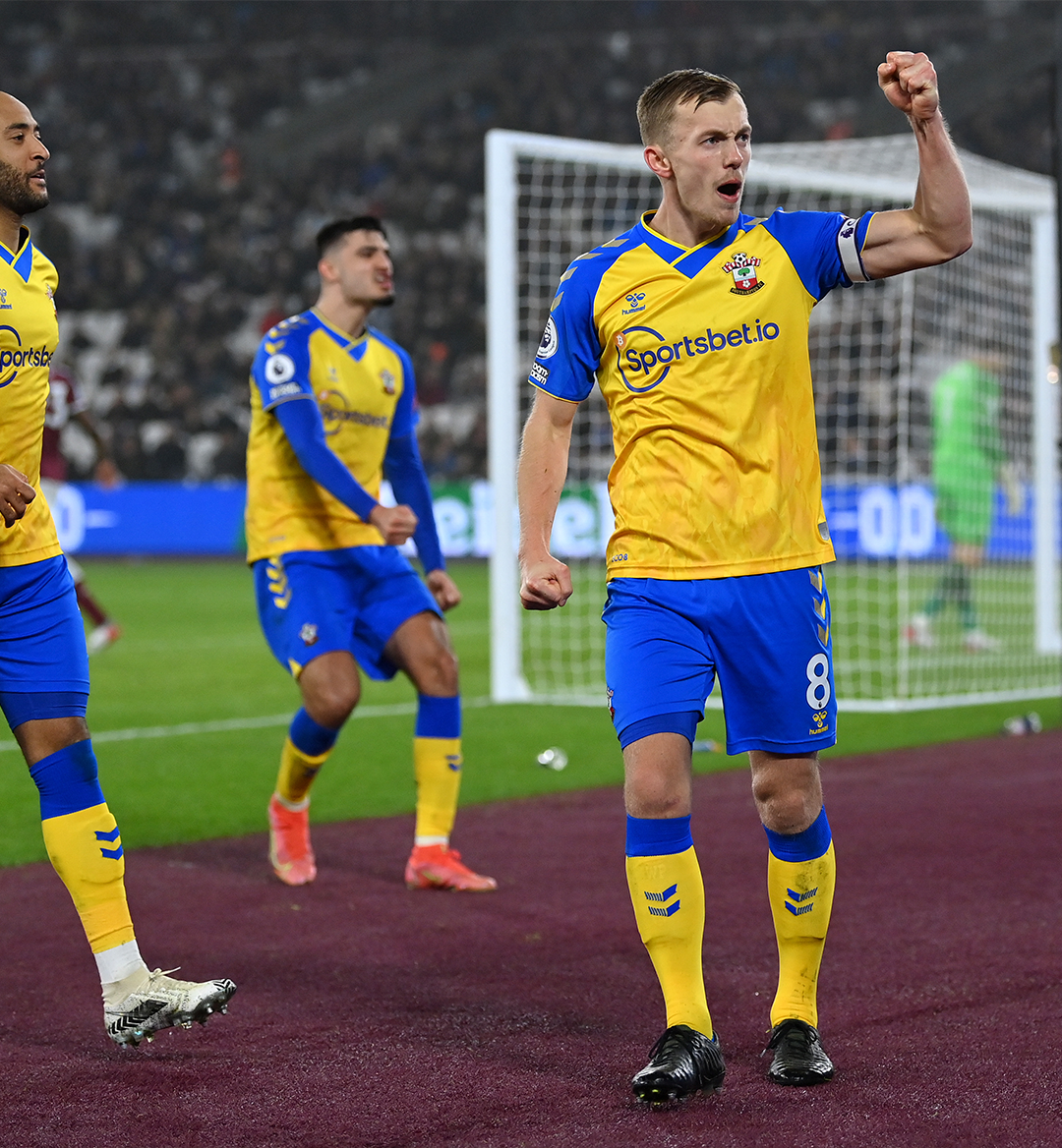 Players like David Beckham, Lionel Messi and Ronaldinho have been known throughout their illustrious careers for being some of football's greatest free-kick takers in the history of the sport.

James Ward-Prowse may not have the recognition of the aforementioned trio, but he's putting himself into that incredible company with his magical free-kick production at Southampton.

The Englishman has been a Saints lifer to this point in his career, arriving at the club 18 years ago when he was invited to their youth academy.

Southampton have been known over the years for producing some of the Premier League's top talent and making out quite well in the transfer market by selling those players.

Danny Ings, Sadio Mane, Luke Shaw and Virgil Van Dijk are just a few of the Saints products that have done the club well over the years and helped keep the club functioning at a high level with their sales.

Ward-Prowse, however, has had a very different trajectory for his career despite constantly being floated as a transfer target for other top English sides.

Not only is Ward-Prowse Southampton's captain but he's also the club's most-expensive signing in club history.

Ward-Prowse also happens to be Southampton's greatest free-kick taker and he's emerging into elite territory in all of the Premier League.

At the age of 27, Ward-Prowse now has 12 free kick goals to his name while playing at Southampton.

Ward-Prowse only trails Beckham for most direct free kick goals in Premier League history, with the former Manchester United legend boasting 18 during his career.

Since 2003 when Opta starting tracking free-kick data, Ward-Prowse has the highest free-kick conversion percentage of any player in the top English flight.

Ward-Prowse is a unique specimen though outside of his free-kick endeavors.

Last season, he became recognized as the only Southampton player to play two consecutive Premier League seasons without coming off at any point.

With his consistent play across the midfield, it's difficult to imagine Ward-Prowse not getting an opportunity at an elite club in the near future. But until then, we can all enjoy his breathtaking free kicks whenever he puts on a Southampton shirt.