One Year Ago, Kelly Oubre Made History

Wave Papi's journey to NBA style god began years ago. But one night stands out, in particular. 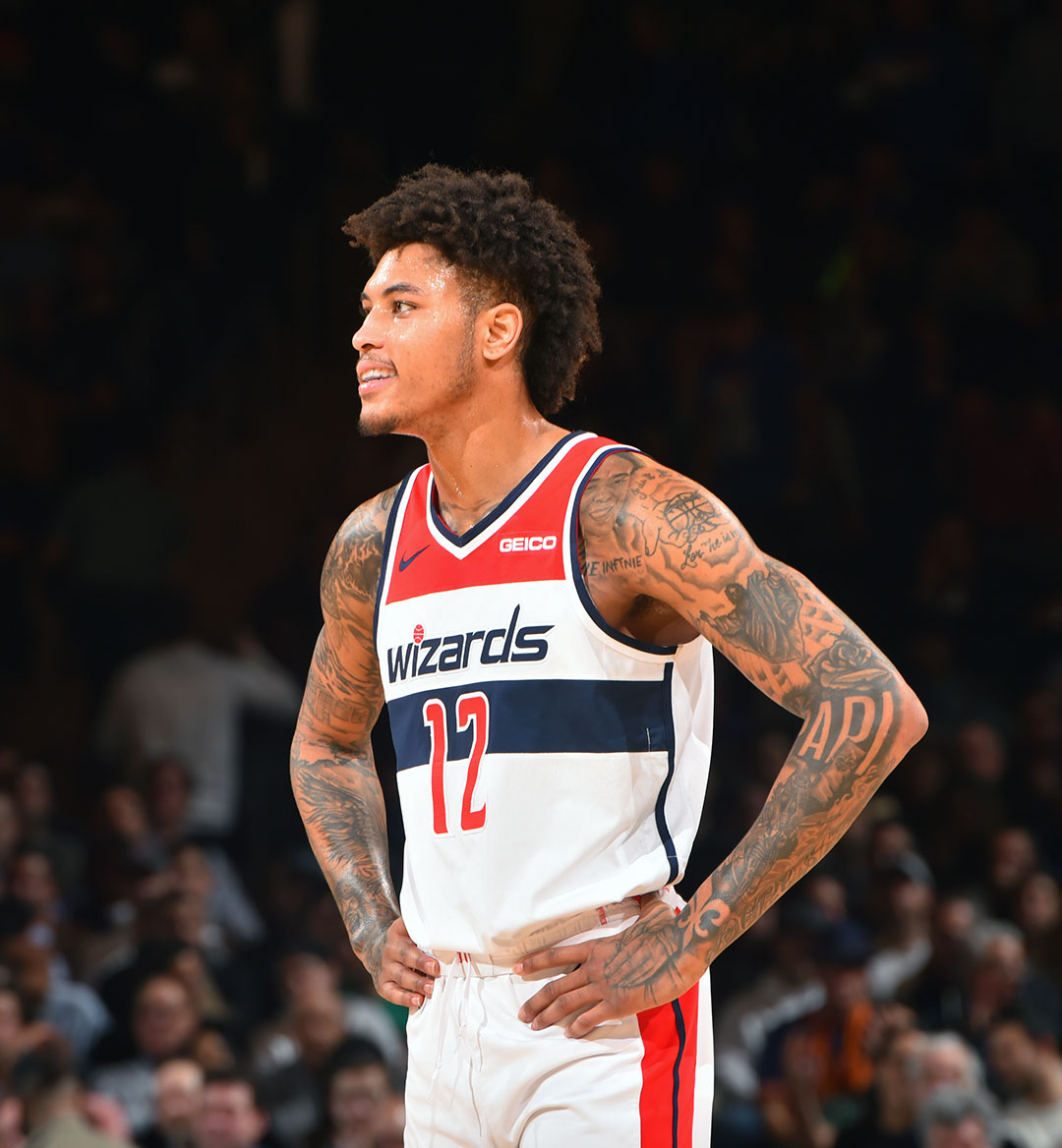 Though we anointed Kelly Oubre the NBA's drip king a week or so ago, Wave Papi's journey is years in the making. This is the nature of waves, after all; they originate far out into the ocean where you can't see them if you're standing on the shore. And if we're really riding this analogy, which I'm doing only reluctantly at this point, one of Oubre's taste-making "crests" occurred one year ago today.

A year ago today, Brooklyn’s Barclays Center became the stage for, arguably, one of the biggest events in NBA history. Oubre wore a red Supreme leg sleeve in a game. It was a moment that easily eclipsed even the most notorious on-court fits in league history—including the time Nate Robinson wore a pair of coveted Nike Yeezy 2s, or the time that Gilbert Arenas wore Dolce & Gabbana sneakers.

However, hypebeasts were granted only a short glimpse at Oubre's flex. At halftime, a Wizards trainer informed Oubre that NBA apparel rules prohibited the Supreme sleeve. Even though the sleeve was manufactured by the NBA’s official apparel provider Nike and even though it had an NBA logo on it, the Supreme logo had not been approved for in-game use. Oubre, understandably, was miffed. "It’s just something wavy, honestly,” he said after the game. Then he took a step back and pondered the experience as a whole. “I don’t know if it’s too wavy for them," he added. "But honestly I had fun."

In December 2017, Oubre bringing it with the fits was nothing new—but this night cemented his status as the NBA's most forward-thinking and cheeky stylist. On December 12, 2017, Kelly Oubre didn't ride a wave.