Who is Anthony Richardson? 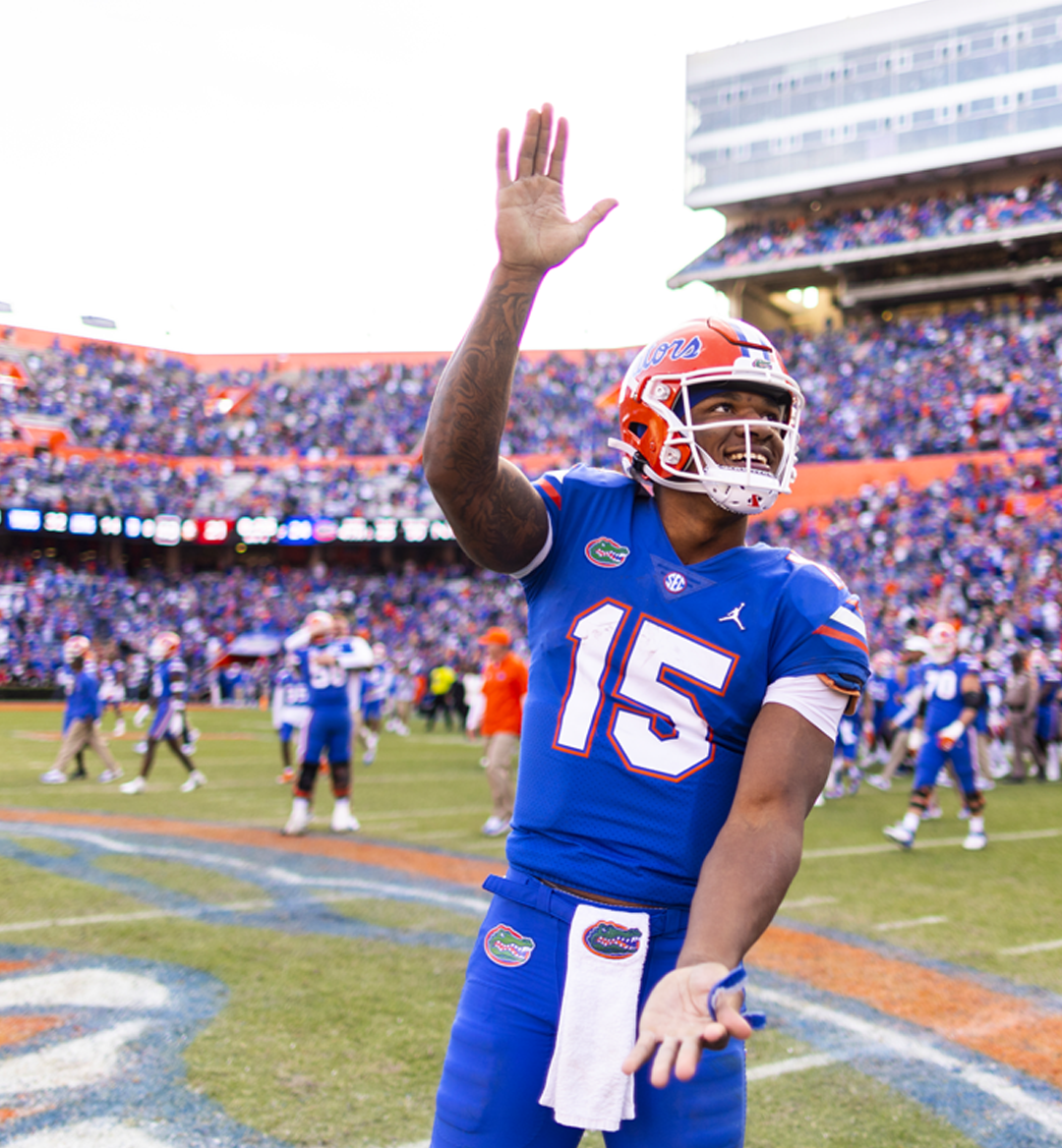 Like all fallen college football empires, the Florida Gators exist in a permanent limbo of whether or not they're capital-b Back. From 2018 through 2020, the Gators seemed poised to reclaim their rightful perch atop the SEC, ripping off three straight New Year's Six bowl appearance under offensive mastermind Dan Mullen. Last season, the Gators were decidedly un-Back, collapsing under the exacting compulsions of meddlesome worry-wort Dan Mullen. And now, led by first-year starting quarterback Anthony Richardson, the Gators could be one of the most exciting teams in all of college football.

Despite languishing on the bench during his first two years in Gainesville, Richardson is on the warpath to prove that he can go toe-to-toe with any quarterback or team in the country. During last week's upset of #7 Utah, Richardson threw for 168 yards and added another 106 yards and three touchdowns on the ground—of the Gators' 451 yards, Richardson personally accounted for nearly 60 percent of them.

Despite having the nondescript name of the lead in a rom-com, Richardson is one of the most visibly and viscerally gifted quarterbacks of recent memory. Whereas guys like Tom Brady or Joe Burrow require some level of nuance to fully appreciate, you can understand why Richardson is considered a top 10 pick in next year's NFL Draft simply by looking at him. At 6'4, 235-pounds, Richardson is roughly the same size as big quarterbacks like Josh Allen and Cam Newton who routinely bulldoze linemen. The key difference between Richardson and Allen or Newton, though, is that Richardson is much faster—his 4.5 second 40 yard dash trounces Allen (4.76 seconds) or Newton (4.6 second seconds).

Even against a team as good as Utah, Anthony Richardson was clearly the best player on the field. It's easy to see how he's skyrocketed from 204th in the class of 2019 to a probable top ten pick (maybe even top five if you feel spicy) in next spring's NFL Draft. His tools are so rare and so powerful that it barely even matters that he's started a grand total of one game at Florida so far.

Whatever weaknesses that Richardson has displayed can be chalked up to his lack of experience. His accuracy is occasionally scattershot and his footworks is an adventure but these minor blemishes can be sanded away by time and practice. To a degree, the ultimate testament to his potential is that he's already proven that he can thrive against elite teams. If he's already torching Playoff hopefuls while still adjusting to his new role and new pressures, he should unleash a maelstrom of fire and hammers once he gets his sea legs under him.

In this sense, the real thrill of watching Richardson this season is derived from the possibility that he'll accidentally invent a brand-new way of playing football. Not only does Richardson make plays that only a half-dozen people on earth could make, he has the youthful ambition to try to make plays that nobody else on earth even imagined were possible. Have you ever seen a quarterback do a 360 fake jump-pass on a hugely important two-point conversion? Well, you have now! As Florida works their way up the rankings and Anthony Richardson elbows his way into the Heisman discourse, the question "who is Anthony Richardson?" will have a definite answer.

Anthony Richardson is Him.