Miles Bridges Is the NBA's Most Exciting Dual-Threat 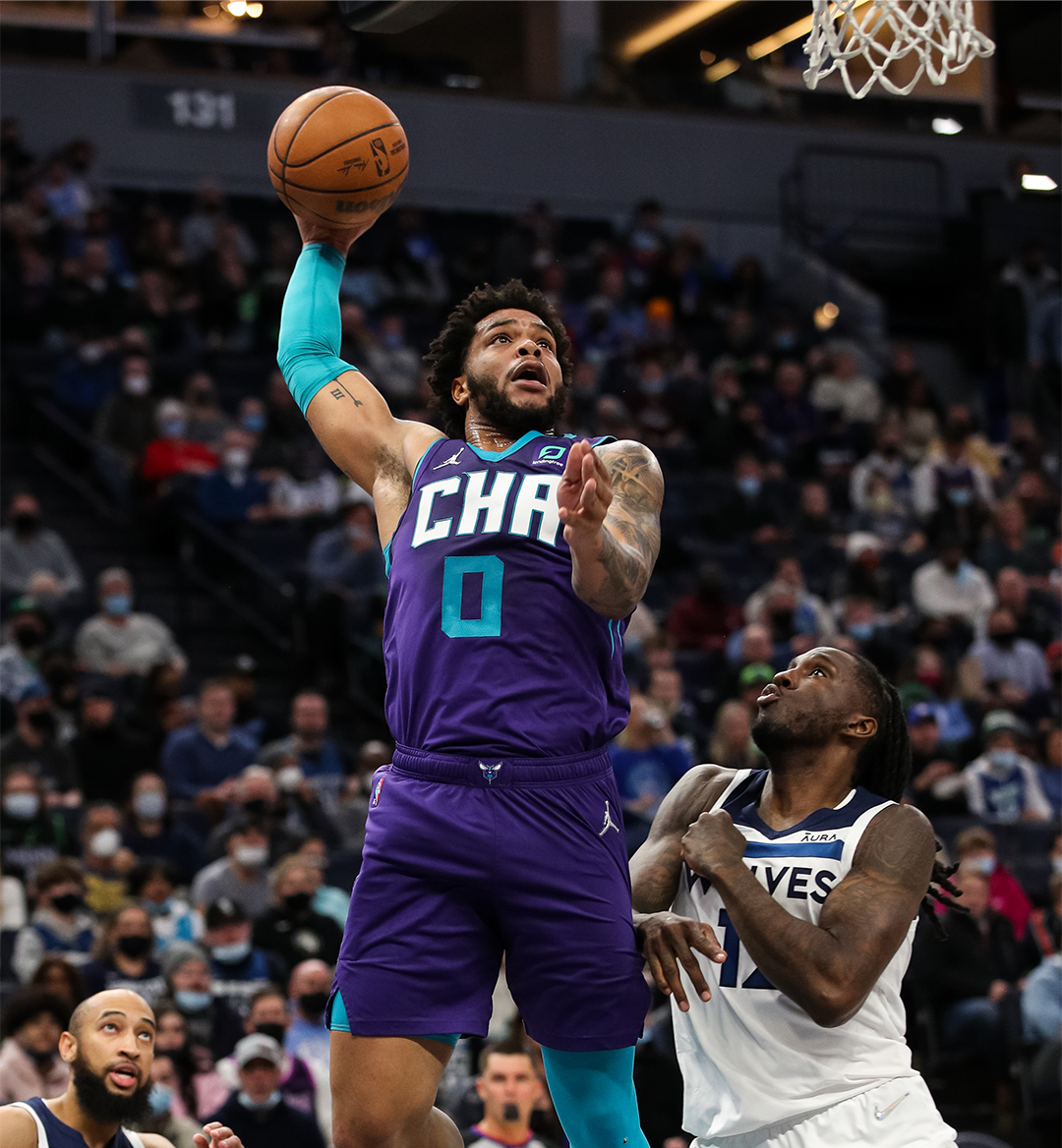 There are a handful of Michigan rappers who can work in clever lines about David Stern, Shane Battier and Sallie Mae all in the same verse. And there are a handful of NBA players whose dunks leave their team’s play-by-play guy speaking in tongues. Miles Bridges is the only person in world history who can do both.

It might just be semantic nit-picking, but Miles Bridges is a rapper and an NBA player rather than just a rapping NBA player. Whereas NBA rappers have traditionally either penned toothless club “bangers” or 90s boom-bap schmaltz about the virtue of hard work or something like that, Bridges makes songs that don't sound like they were co-written by his PR person. A Flint, Michigan native, he raps over roiling, tinny, distinctly-Michigan beats, spitting lyrics that would give Adam Silver an ulcer. Like Babyface Ray, his flow carries a casual, downhill momentum; like YN Jay, he’s a jokester with an ear for punchlines; like Sada Baby, he pulls from a deep codex of obscure sports references. That is to say that he makes the same kind of niche, regionally-faithful Michigan rap music that’s become an underground phenomenon—and that he’s pretty good at it to boot.

But what separates Bridges from Babytron (besides like 8 inches and 75 pounds) is that when he raps that he “play against Bron and sell some work where the Lakers play,” the first part of that proposition is actually true. In his fourth season, the 22 year-old Bridges has cemented himself as LaMelo Ball’s best running mate on the Charlotte Hornets. While Bridges has always had the athleticism and theoretical shooting to provide the rough outline of a good player, he’s now parlaying his potential into production.

Averaging 20.0 points per game, Bridges is Charlotte’s leading scorer despite having only the fourth highest usage rate on the team. With Ball—and, to a lesser extent, Terry Rozier—at the helm, Bridges has learned to become a flexible and accommodating offensive weapon. Amongst the 37 players averaging more than 19.5 points per game, Bridges has the second-lowest time of possession, holding the ball for just over 2.4 minutes per game, per Second Spectrum Sports. Similarly, Bridges averages just 2.32 seconds per touch and 1.56 dribbles per touch, both of which are the lowest of any volume scoring non-center. In this sense, he’s a flammable scorer, yet one who doesn’t require much oxygen.

Accordingly, he’s developed a rich and varied scoring portfolio; his signature move is his utter want of a signature move. Like a hooping character actor, he disappears into a variety of usages and succeeds in nearly all of them. He’s a lob-threat who takes spot-up jumpers on a plurality of possessions, a transition hellcat who doubles as his team’s best isolation scorer. Most impressively, he’s the only player in the NBA to rank in the top quartile as both a pick-and-roll ball-handler and roll-man, evidence of his portable, adaptable skill-set.

In this sense, Bridges is the evolution of the traditional play-finishing scoring big man, albeit one who’s been liberated to explore all areas of the court. At 6’6, Bridges uses his tweener-ness to his advantage by expertly coloring in the margins around Ball’s game wherever is necessary. Just as his music is a direct product of Michigan, his game has grown to bend towards Ball’s sunlight—the Ball-to-Bridges assist battery is the seventh-most prolific in the league. He’s the most explosive player on the NBA’s most explosive team— there’s no limit to how high he can up the score.