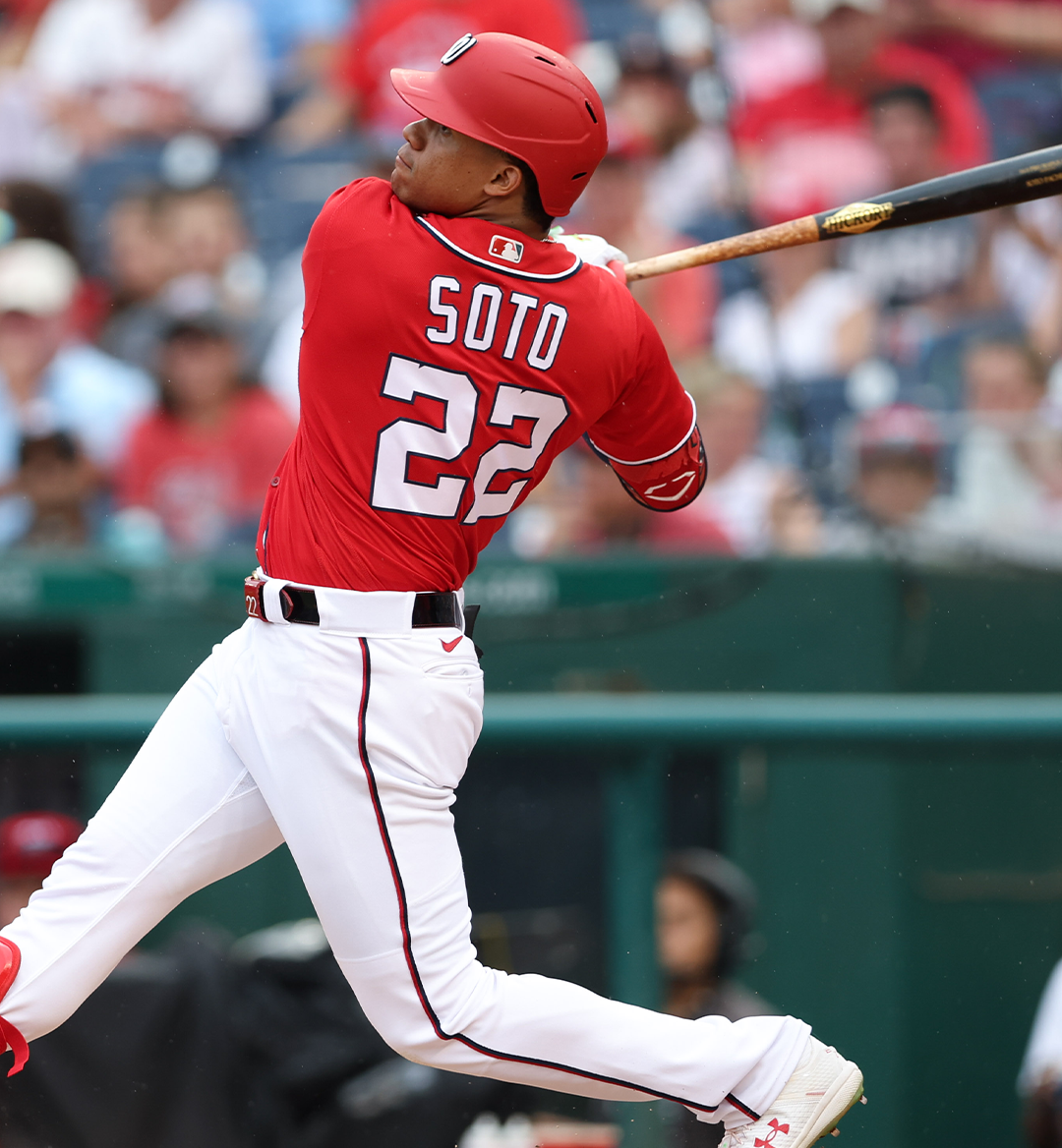 For reasons that are both incomprehensible and grimmly common, the Washington Nationals are prepared to trade Juan Soto. At just 23 years old, Soto is already on pace to become one of the greatest hitters in MLB history; his 159 OPS+ ranks 19th all-time, just above inner-circle Hall of Famers like Hank Aaron and Joe DiMaggio. He’s constitutionally incapable of striking out and pitchers have essentially stopped throwing him strikes, lest he smack their puny offering into orbit; just 45 percent of pitches against Soto are in the zone, the ninth-lowest figure in MLB. Even as Soto trudges through a relative down year, he’s fourth in xwOBA and ninth in expected isolated power.

It’s unprecedented that a player this good and this young could be traded. As such, the market of interested teams is shallower than you’d probably expect, given that most good teams don’t have the requisite top prospects to swing a deal and that most teams with loaded farm systems are actively trying to lose games. At this juncture, the Los Angeles Dodgers, St. Louis Cardinals and San Diego Padres are the only three teams who seem interested in Soto, capable of trading for him and then willing to reward him with a deserved $500 million extension.

So will Soto actually get traded?

Probably! The Nats have no incentive to keep him as they complete their transition from a Serious Baseball Team to a glitzy, chintzy holding company. The Padres are the slight favorite at this juncture—their GM AJ Preller is here to trade top prospects and chew bubblegum and he’s somehow run out of gum before he’s run out of top prospects. Already, the Padres have added All-Star closer Josh Hader from the Brewers. While the Padres might not be able to match the quality of the Cardinals’ blue-chippers or the major-league readiness of the Dodgers’, their sweaty desperation to make the playoffs could spur them to empty the clip for Soto in ways that more cautious organizations wouldn’t.

Who is the next most important guy?

Beyond Soto, Oakland pitcher Frankie Montas is the most in-demand option. Montas, a classical power pitcher who pairs heavy fastballs and sinkers with a plummeting splitter and slider, is allegedly being pursued by just about every contending team, namely the New York Yankees. With the Reds setting the starting pitching market by swapping Luis Castillo for the Seattle Mariners’ top two prospects, Montas should fetch a similar return.

Who are the buyers?

All the good teams—the Dodgers, Yankees, Astros, Mets, Cardinals, Padres and Mariners are the seven teams who are most aggressively looking to upgrade over the next few days. At the top of the standings, the Dodgers will get better because they’re the Dodgers and that’s what they do, while the Yankees and Astros will both hunt for reinforcements as they dogfight for the top spot in the AL. Meanwhile, the Mets could turn that trio of contenders into a foursome by adding a masher such as Red Sox outfielder JD Martinez or Cubs catcher Wilson Contreras.

Although the Padres are a Wild Card team, they’ve been the league’s most proactive franchise for years. Already, they’ve swung a deal with the Brewers for All-Star closer Josh Hader.

Who are the sellers?

More or less everybody else. In particular, the Cubs and Reds should be extra shameless as they strip their rosters of any and all productive players. If guys like Ian Happ, Wilson Contreras and David Robertson are still Cubbies by Wednesday, it’ll be a minor upset. Outside of the league’s dregs, blah teams like the Red Sox, Giants and Brewers could look to goose their profit margins by sloughing off some high-priced veterans.

The 10 Biggest MLB Trades Ever