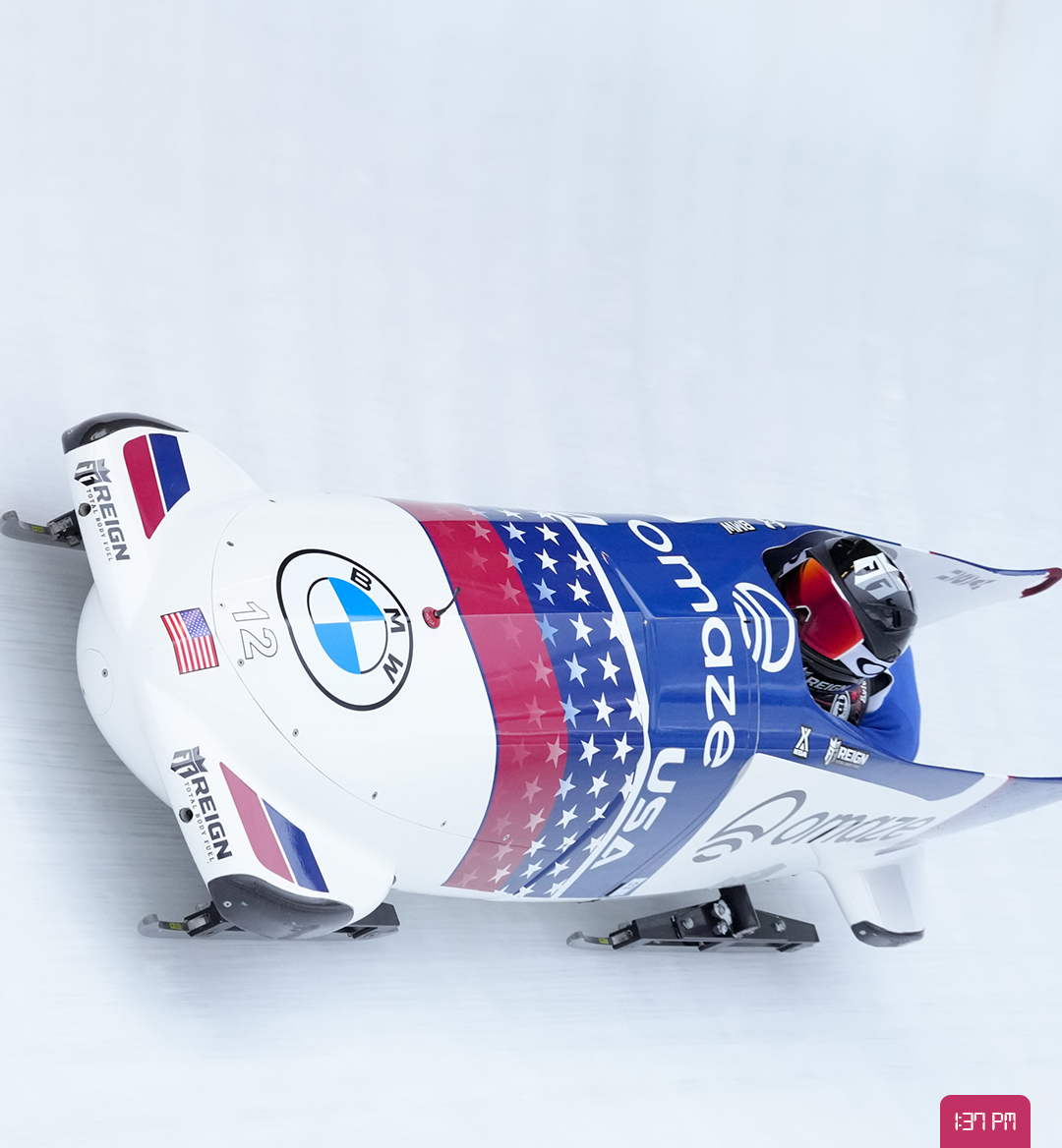 Monobob (single person bobsledding) is the newest addition to the Winter Olympic program, making its debut next month in Beijing as a women’s only event. Unlike traditional bobsledding (henceforth omnibob or multibob), monobob is notable for its simplicity. While its more famed sibling can resemble an iced-over Formula 1 with each country employing a team of crackpot scientists to make the most aerodynamic and frictionless sled, monobobbers are all required to use identical equipment. Here, athletic competitions aren’t influenced by which sledder has the most skilled science wonks behind them; instead, it’s decided purely by who can slide the fastest. Although it’s imperceptible to the naked eye, monobob is a subtle marriage of brawn and brains—it’s crucial for monobbers to build ample momentum at the start of the race by pushing their 367-pound down the track’s runway, but they must also be able to improvise and instantly calculate the optimal route as they whiz around hairpin turns. As repeatedly emphasized by these British teens explaining the sport on YouTube, monobob is a serious sport and it is not a roller coaster.

Going into the Olympics, the monobob nabob is Kailie Humphries, an ex-Canadian who defected to join the American team. A three-time Olympian who won gold in the duobob (two-person bobsledding), Humphries (who is married to an American) switched her allegiances in 2021 after Bobsleigh Canada Skeleton failed to respond to her allegations that head coach Todd Hays harassed and abused her; during the 2018 PyeongChang Olympics, the relationship between the two was so corrosive that Humphries only competed under the condition that she would have no contact with Hays.

“I found myself in a situation where I didn’t feel safe and I didn’t feel comfortable,” Humphries told the Associated Press about her decision to switch her citizenship. “An opportunity arose in a safe and comfortable environment. Here we are.”

Last month, Humphries won her first race as a Yank, taking the opening race of the Monobob World Series in Germany just one day after being sworn in as an American citizen in San Diego. Alongside Humphries, fellow American American Elana Meyers is part of the American monobob monopoly—Taylor and Humphries are ranked first and third in the world, respectively.

Even if monobob lacks the institutional glossiness of downhill skiing or hockey or figure skating or speed skating, Humphries and Taylor are primed to become a breakout star next month in Beijing.