The 10 Most Underrated College Football Players of All Time 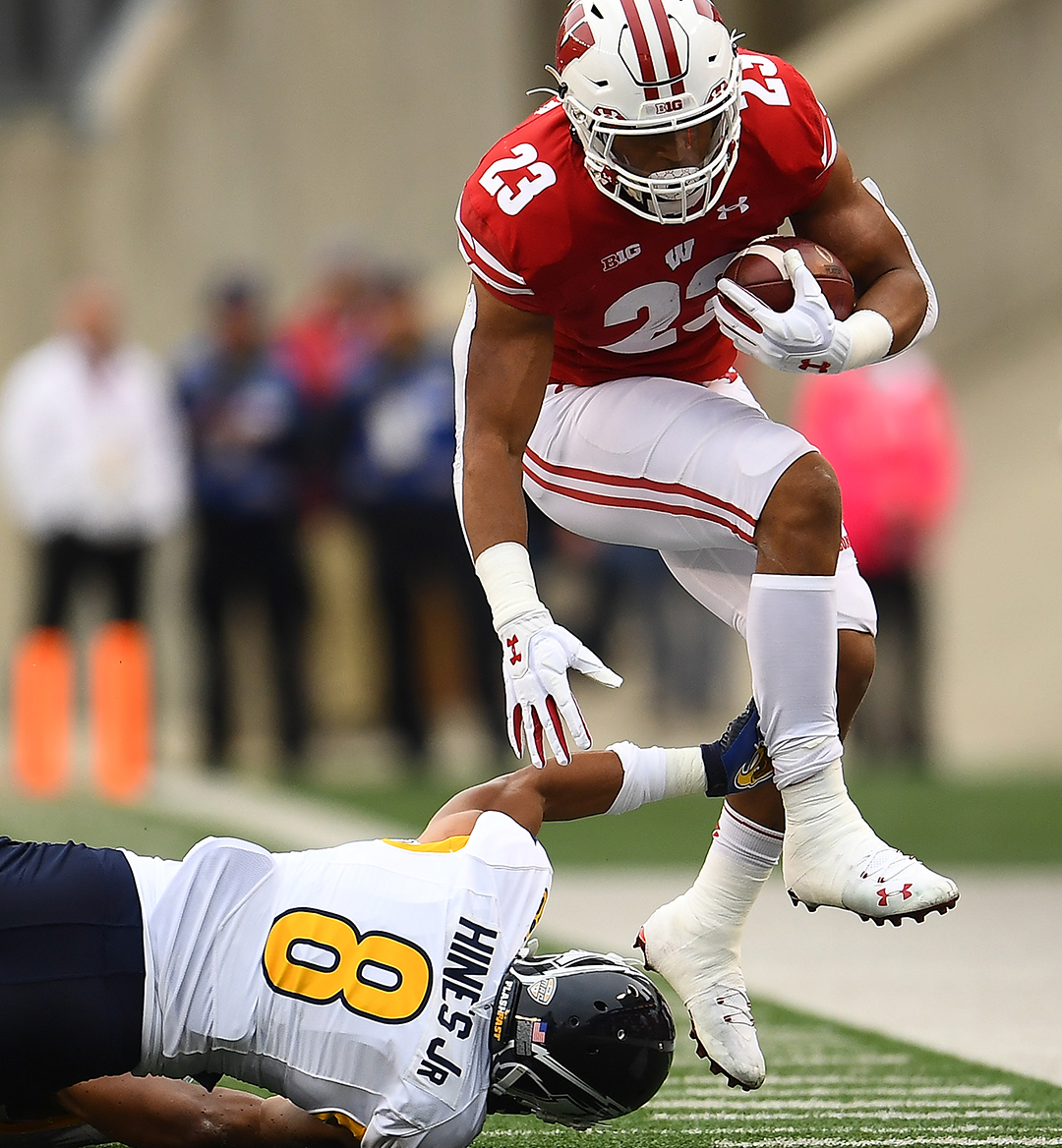 Part of the fun of college football is its sheer breadth. There are over 120 teams that compete in the FBS, which means that storylines and hidden superstars abound. Naturally, it also guarantees that some of the best players in the country get overshadowed and forgotten in the sport's warp-speed news cycle. Here are ten of the most underrated college football players of all time. 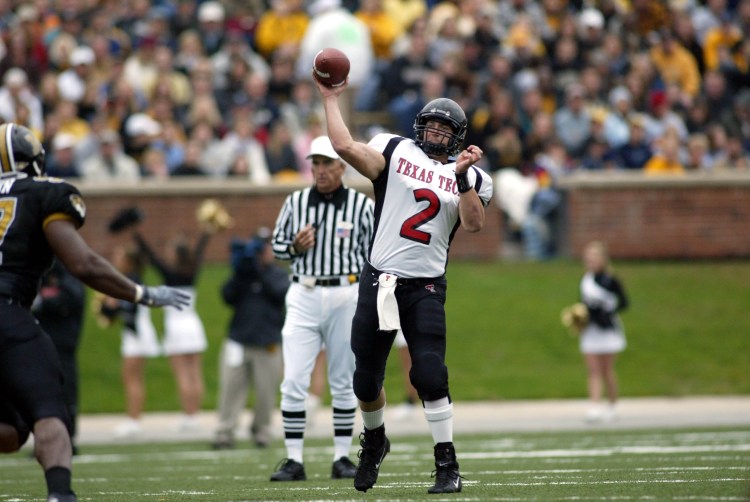 BJ Symons is the posterboy for the transformative powers of the Air Raid offensive system popularized by Mike Leach. After serving as Texas Tech’s backup for his first two years, Symons exploded in 2003 once he was elevated to the starting job. In his first and only year as Tech’s starter, Symons tossed for a record-setting 5,833 yards (since surpassed by Bailey Zappe in 2021) and 52 touchdowns, which at the time was second highest single season total of all time. Despite his historic productivity, Symons was never really appreciated, finishing 10th in Heisman voting and going 248th in the NFL Draft that spring; he never played in an NFL game. 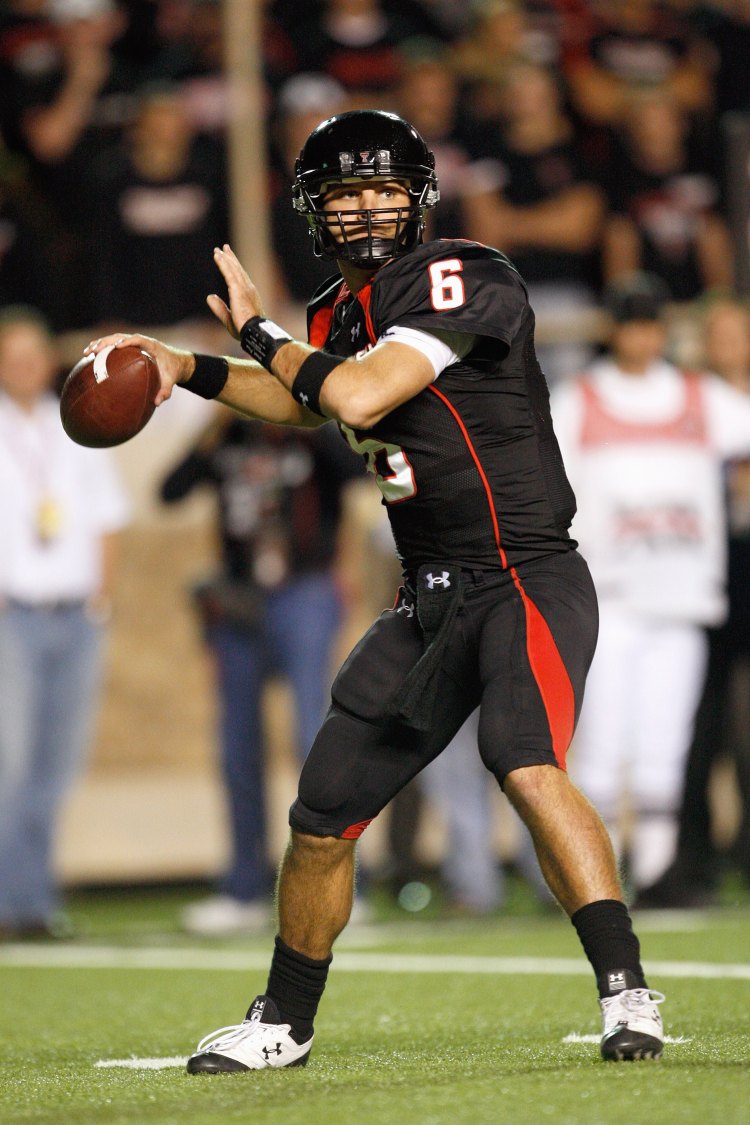 Another product of Mike Leach’s assembly line of prolific quarterbacks, Graham Harrell might’ve been Leach’s best. Forming one of the best quarterback-receiver batteries with star wide receiver Michael Crabtree, Harrell became the first quarterback in college football history to rack up multiple 5,000 yard seasons. Although Harrell was overshadowed at the time by conference-mates Sam Bradford and Colt McCoy, he might’ve been the best of the trio setting a since-broken NCAA record of 134 touchdown passes. Despite his collegiate brilliance, Harrell went undrafted in 2009 and threw for a grand total of 20 yards in the NFL, but did manage to win a Super Bowl in 2010 as Aaron Rodgers’s backup. 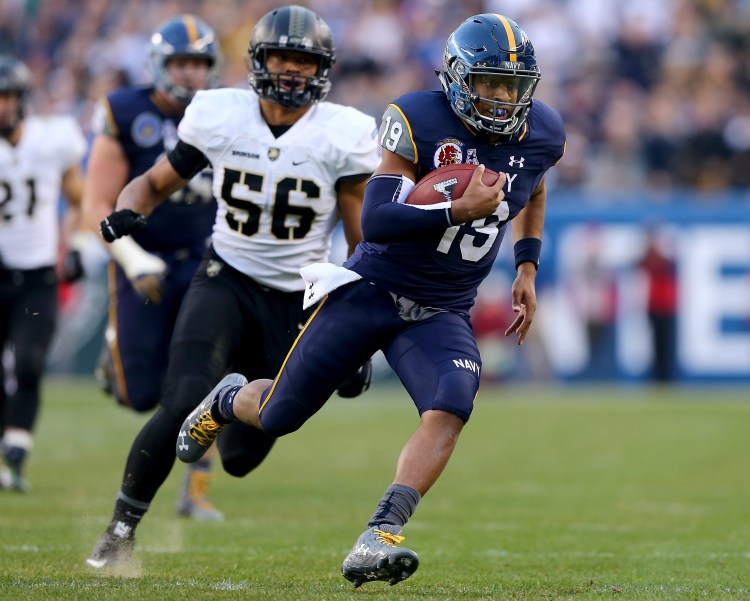 The triple-option is perhaps the oldest offensive play in football, but nobody has ever run it better than Keenan Reynolds. During his four year tenure at Navy, Reynolds did most of his damage on the ground as the point-man of Navy’s rushing attack. By doing so, he amassed 4,559 rushing yards and 88 rushing touchdowns, both of which are the most of any quarterback. Since Navy’s triple-option offense doesn’t require the quarterback to pass very much, Reynolds transitioned to wide receiver in the NFL Draft since he possessed NFL-caliber athleticism but not NFL-caliber passing ability. In 2018, he made his NFL debut, appearing in two games for Seattle but not registering any stats. 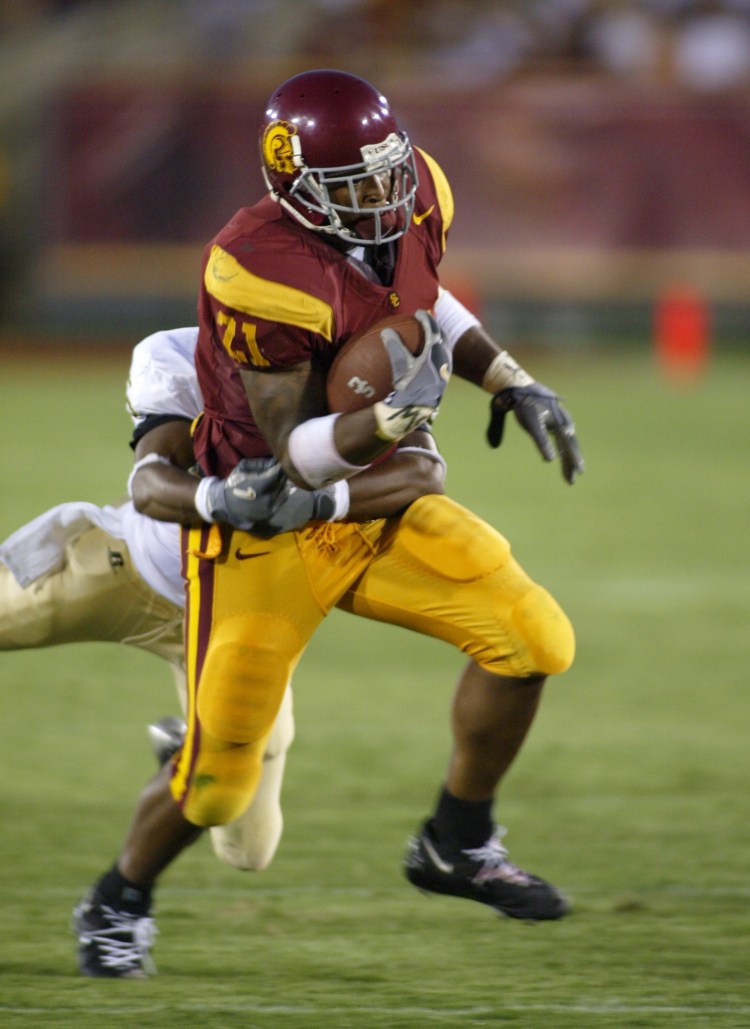 The mid-2000s USC teams are some of the most iconic college football teams in recent memory. Although Reggie Bush claimed most won the 2005 Heisman Trophy, LenDale White was the Trojans’ most consistently good running back. As the “thunder” half of USC’s vaunted Thunder and Lightning backfield, White set a school record with 24 touchdowns in 2005, Over the course of their overlapping three years in LA, White only rushed for 10 fewer yards than Bush (3,159 vs. 3169) but more than doubled Bush’s rushing touchdown total (52 vs. 25). In the NFL, White continued to be a bruising, physical runner and rushed for over 1,000 yards in 2007. 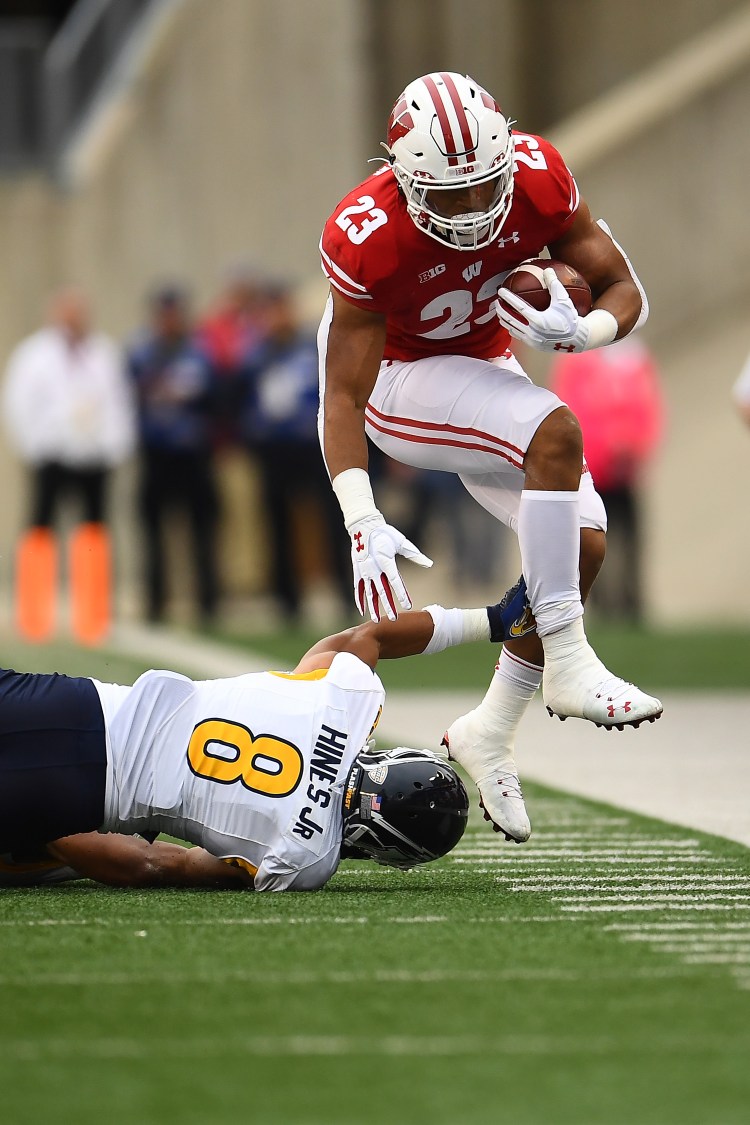 It’s weird to say that a player as celebrated as Jonathan Taylor could be one of the most underrated college football players of all time. Still, even his long resume undersells his dominance. In college, he earned the 6th most rushing yards in NCAA history despite declaring early for the NFL Draft and forgoing his senior season. He finished in the top ten of Heisman voting in all three years he played at Wisconsin and averaged well over 2,000 yards per season. As a result, Taylor was the best college running back of the last 25 years so it’s time to give him the recognition as such. 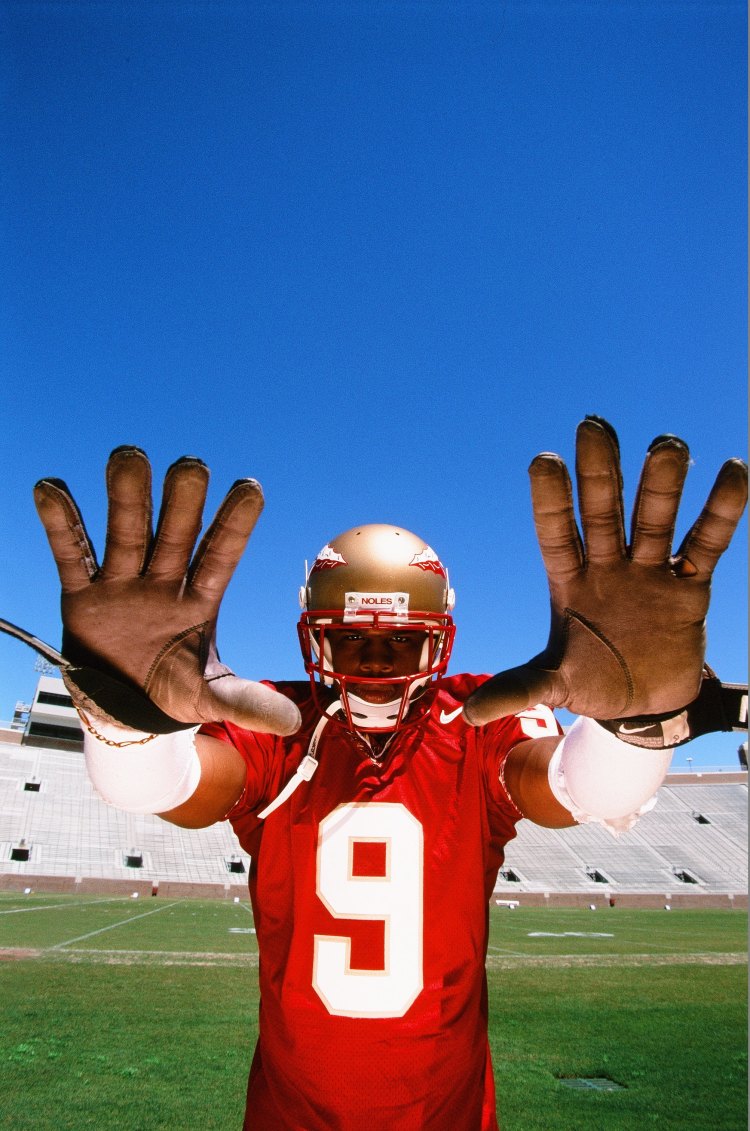 Warrick was a great player who put up great stats. But that’s almost beside the point. I mean, just watch these highlights. He was awesome.

Statistically, Trevor Insley is probably the best wide receiver that college football has ever seen. In 1999, he earned 2,060 receiving yards,  an NCAA record that still stands nearly a quarter century later. When he graduated from Nevada in 2000, he did so with 5,005 receiving yards, which also a then-record in the NCAA (Corey Davis broke the record in 2016, bumping Insley down to 2nd on the career leaderboards). Surprisingly, Insley never really got much of an NFL opportunity, lasting only a single season on the Indianapolis Colts practice squad and never appearing in a game. 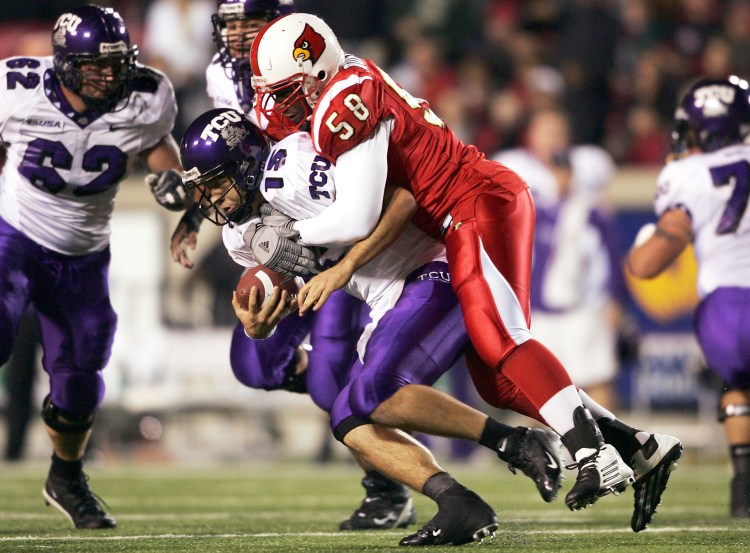 Granted, sacks have only been tracked since 2005, but Dumervil’s 20.5 in his first and only season at Louisville are still tops in recent history. Moreover, he carried over that knack for bringing down the quarterback in the NFL, where he thrived with both the Denver Broncos and Baltimore Ravens. 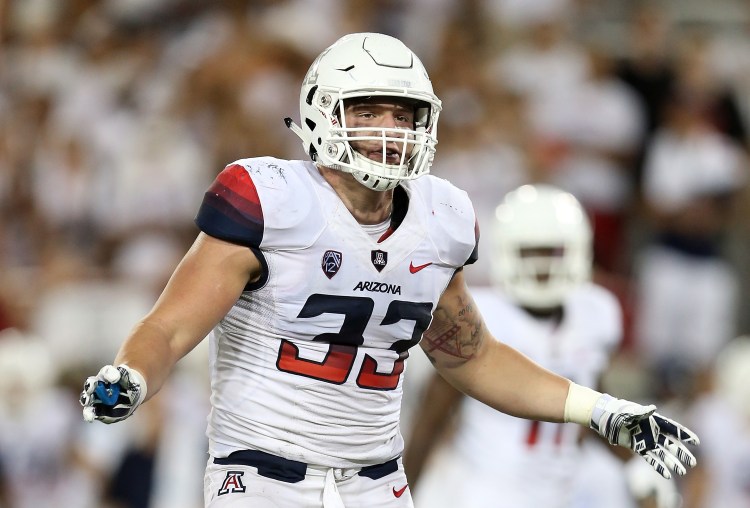 Scooby Wright might be a one-season wonder, but that 2014 season was incredible. As a sophomore in 2014, Wright stuffed the stat sheet: 164 tackles, 31 tackles for loss, 15 sacks, five forced fumbles. Unfortunately, a combination of injuries and undersizedness prevented Wright from making his mark in the NFL. 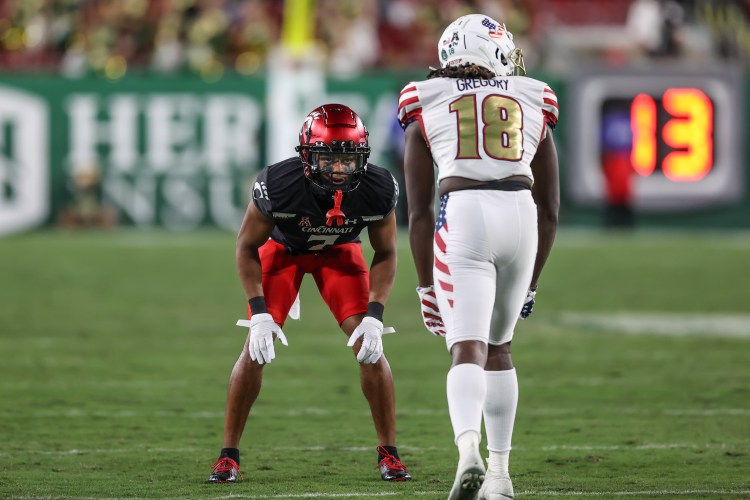 Coby Bryant may not have been quite as elite an NFL prospect as his teammate “Sauce” Gardner, but he was arguably even better in college. One of the defensive leaders on a loaded Cincinnati team that became the first Group of 5 school to make the College Football Playoffs, Bryant was the recipient of the Jim Thorpe Award, which is awarded to the best cornerback in the country.