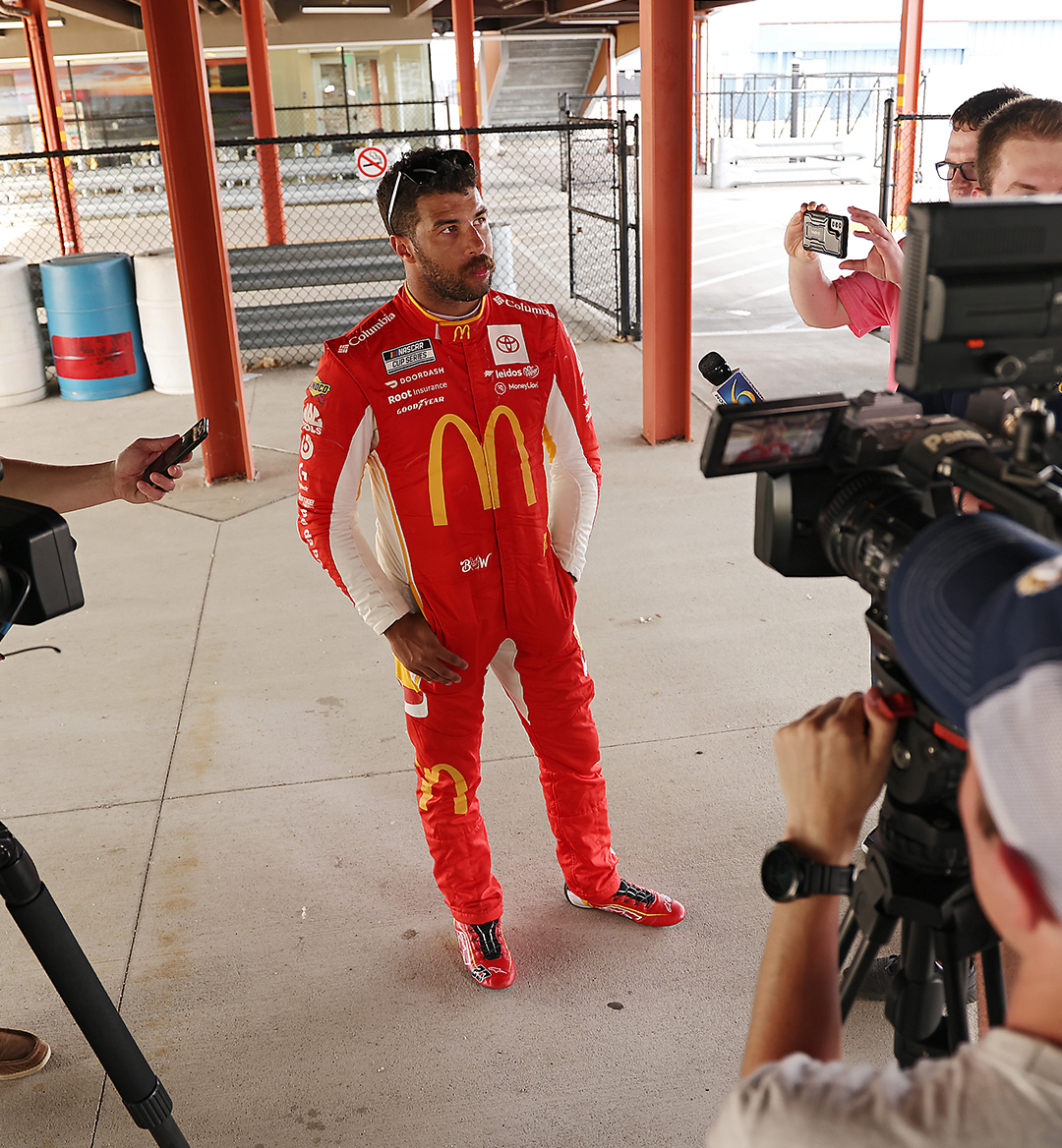 Last week we got the opportunity to attend the NASCAR Coca-Cola 600 race in Charlotte, and this week we had the chance to interview one of NASCAR’s biggest and brightest stars Bubba Wallace. The driver of the No. 23 McDonald’s Toyota Camry for 23XI Racing (which is owned by Michael Jordan), Wallace has earned one top-five and two top-10 finishes this season.

Last year, Wallace was honored at the 2021 NASCAR Drive for Diversity Awards with the National Series driver award for demonstrating leadership on and off the track, and Wallace regularly uses his platform for the advancement of diversity, equity, and inclusion in NASCAR. Wallace also continues his charitable efforts off the track as well with his “Live to be Different” foundation, which was formed to breathe new life into individuals striving to achieve their goals, no matter their age, skin color, disabilities, or ambitions.

ONE37pm sat down with Wallace to talk more about his career.

ONE37pm: Good to be talking to you, Bubba! What did you think of the atmosphere in Charlotte this past weekend?

Wallace: I would say it was about 60% cheers and 40% boos. Maybe 55% and 45% respectively, but it was a good crowd and good atmosphere. Obviously, it was Memorial Day Weekend and there were a lot of heavy hearts there at the track and a lot of good spirits riding with us. I think NASCAR did a good job of putting on a good show.

ONE37pm: We wanted to ask you about being a part of Michael Jordan’s team 23XI. What has the experience with him been like?

Wallace: It’s been really good! I’ve gotten to be around him a few times now, and I enjoy every conversation and interaction that we have. It’s cool! MJ’s just another dude that’s competitive and passionate about his work, and he wants his endeavors to be successful. I’m just proud to be where I’m at representing his name and brand.

ONE37pm: This is sort of a novice rookie question on our end, but how does a driver select the car that’s best for them?

Wallace: That’s more of a team decision. We can only rotate seven cars per year. The car that I’m running this weekend in St. Louis was run maybe a few weeks ago, and we just changed the setup around to make it suitable for what we need.

ONE37pm: There are a lot of young kids that look up to you, what is your advice to them?

Wallace: Good Luck! It’s a tough spot to be in, and a tough world to live in. So you have to be ready for anything thrown your way. There’s no book on how to do it right, you have to learn as you go. You are going to make mistakes, and you have to grow and be better from it. I’ve crossed the line on multiple occasions, and you just learn how to be better for the next time something is thrown your way so you can be the bigger person and come out on top. Always keep your head on a swivel.

You can continue to keep up with Bubba via Instagram.